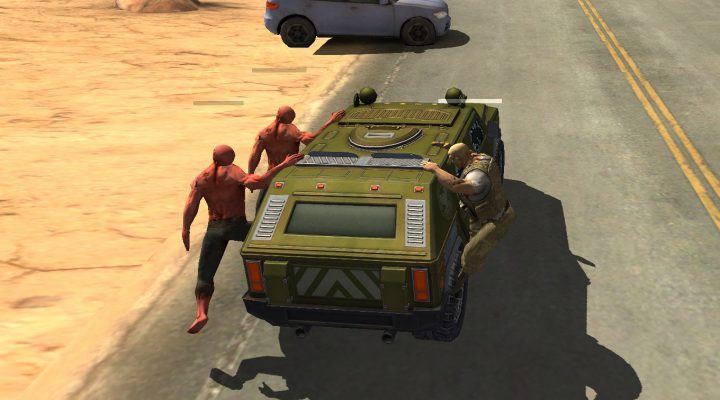 Zombie Highway 2’s undead are rather perilous, and figuring out how to best take them out in order to get some truly long runs can be tricky. Gamezebo’s Zombie Highway 2 Tips, Cheats and Strategies will help make your ride down the zombie highway as fruitful as possible.

Half of the game is resource management 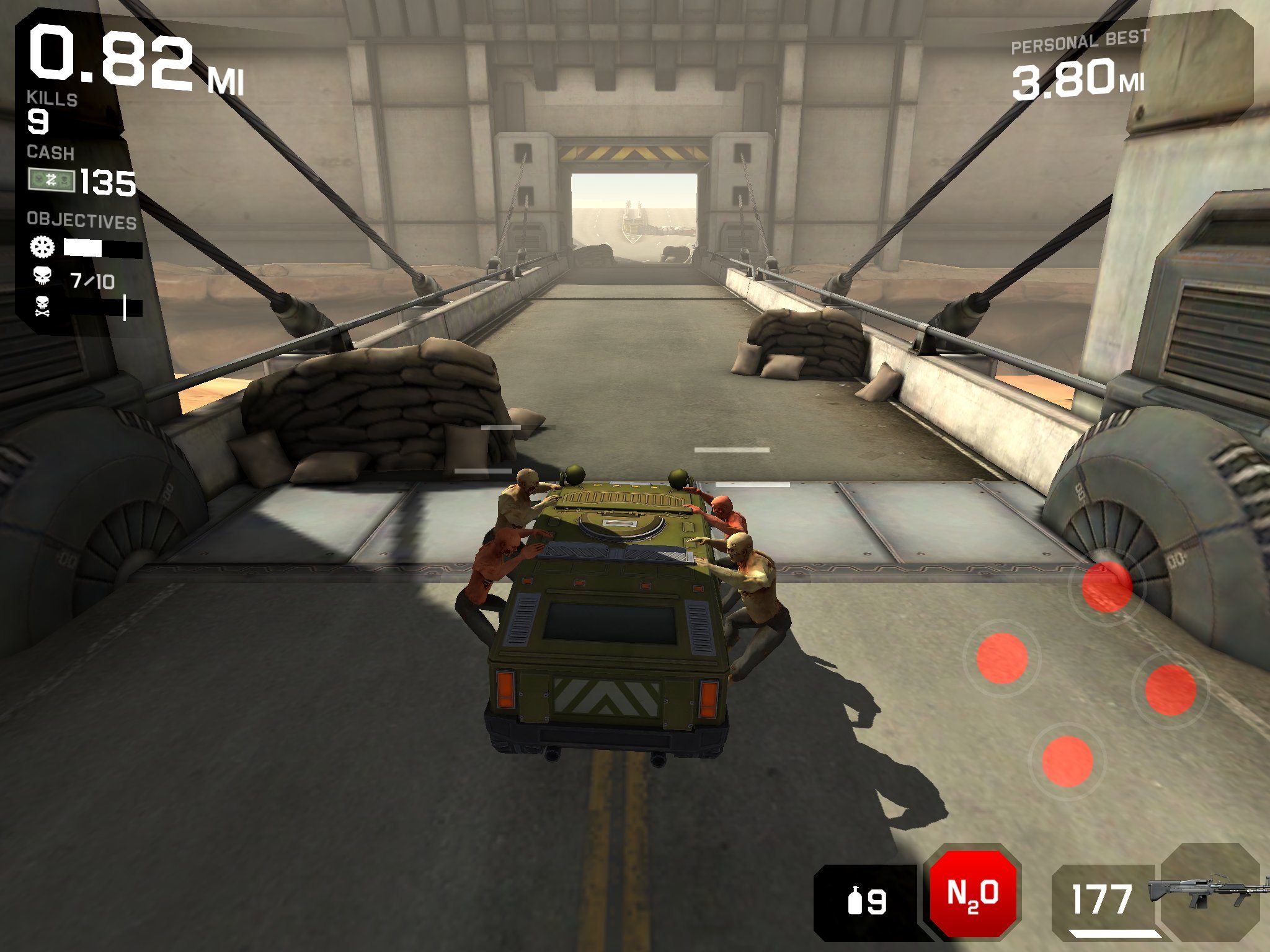 Learning how to drive well and to react to hazards is part of the game, yes. But the important part to getting high scores? It’s about managing your resources. Realizing that because every weapon and nitro has limited ammo, every shot you take brings you one shot closer to your doom, when you will ultimately not be able to shake off anything else. So the goal is, long-term, to find ways to not use ammo, or to get more of it through upgrades, or to use less of it over time. 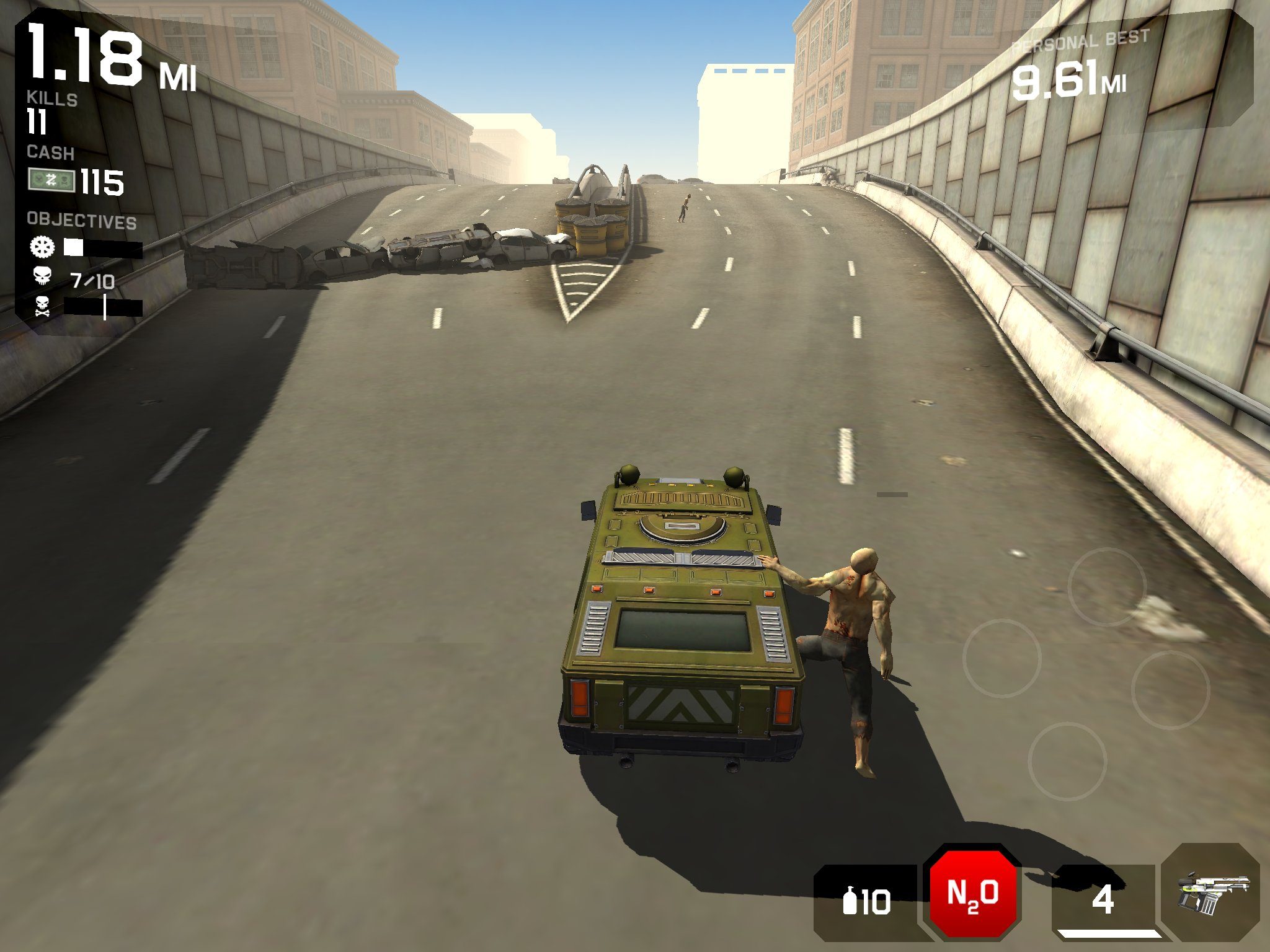 Eventually, pretty much any non-red zombie will not pose a real threat that you can’t wait to scrape off. You want to save your ammunition for the red zombies, and often the fat ones, as they can affect your steering and cause you to crash. But the red ones can ruin a run if not properly dealt with. So don’t necessarily be afraid to start using weaponry on them. 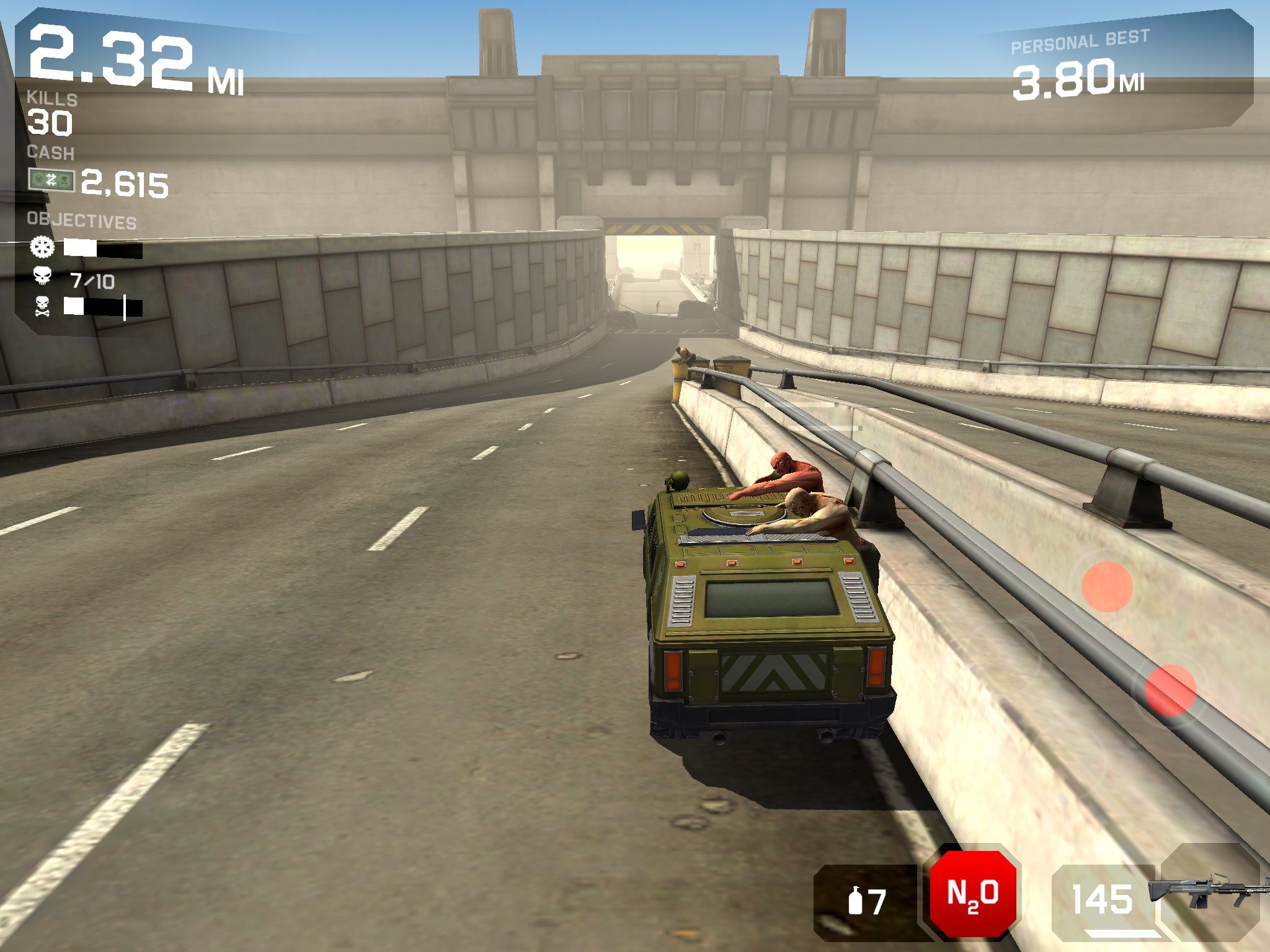 Scraping zombies against side walls doesn’t do much damage, so why do it? Because it stuns them, keeping them from tilting you over for a bit longer, and because they take extra damage. Extra damage means you get them off quicker and in fewer bullets. Using fewer bullets now means using more bullets to use later. So yeah, the scrape against a wall doesn’t do much damage to the zombie, but the shots you put into them will.

If you see the zombie in the road, kill it

It’s quite simple: running over zombies is pretty much only a good thing. You might slow down a bit, but that’s nothing compared to the benefit of getting the money for taking out a zombie without using any ammo, or worrying about scraping it off. Sure, some zombies are in perilous positions, but generally, if you get the opportunity to run over a zombie, take it! All zombies, no matter how powerful, can be run over and killed in one hit – and sometimes you can get lucky and take them out with a side-swipe.

Use your least powerful weapons first 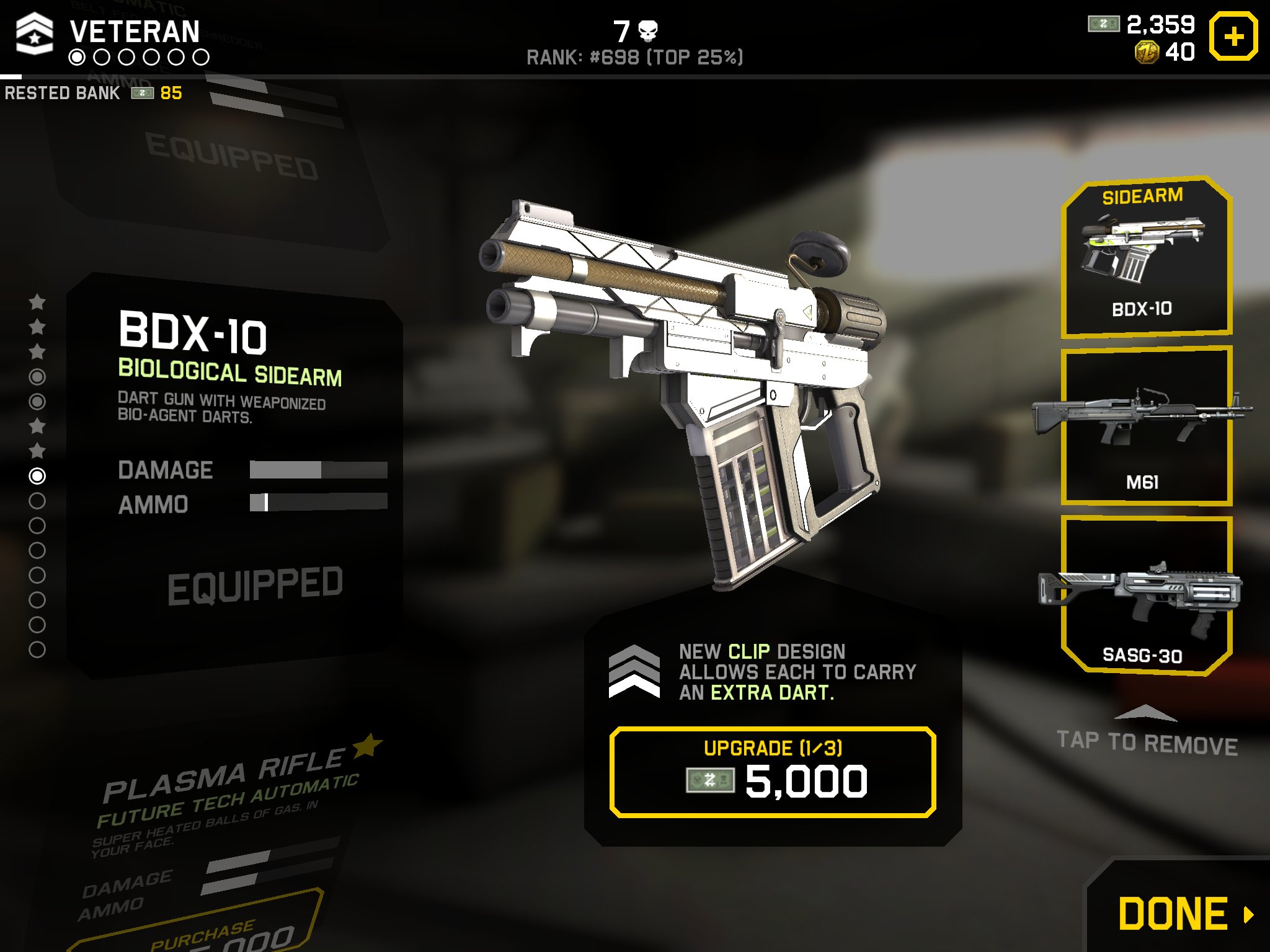 You don’t want to use your most powerful weapon on enemies who are just mild nuisances. Exhaust your least powerful weapons’ ammo first, before using up the big guns. The biological piston is an exception here, as its strength is in draining enemy health and making regeneration harder – you might want to use one of the shotguns or automatic rifles as your first weapon instead.

Be smart with nitro 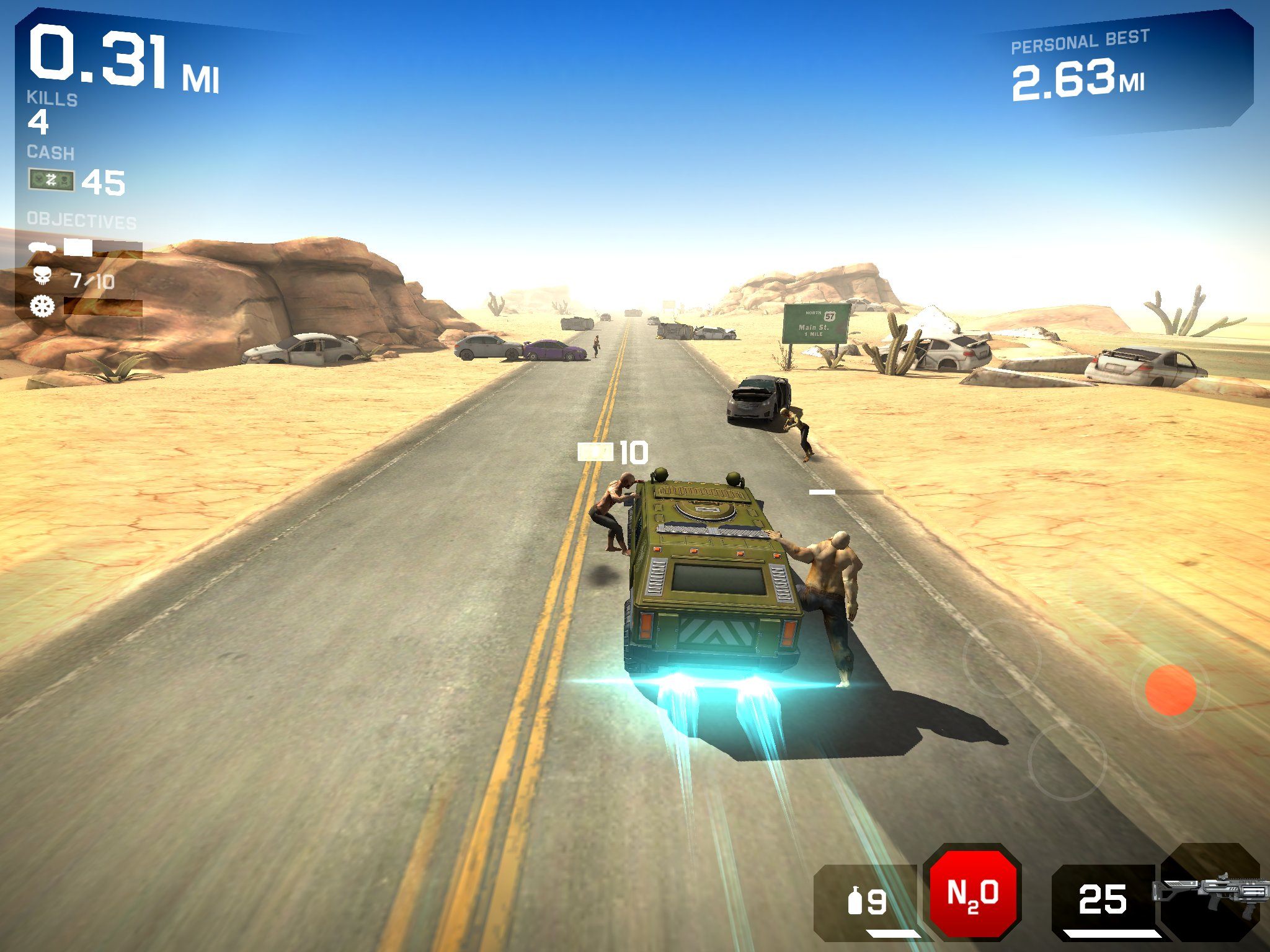 Nitro is best as a last resort, when you have two zombies on one side, the danger arrows are above their heads, saying you’re about to be tilted over. Nitro should be one of the last tools you use because it’s one of the most powerful. It can help take off dangerous zombies by scraping them against cars. It can help get through dangerous sections as zombies jump on and are immediately killed. And it can help keep you alive a bit longer as a nitro-speed car is harder to take down. Not impossible, but harder. It can be the difference between success and failure, so try to use it only when necessary, when you’re feeling overwhelmed with multiple zombies. 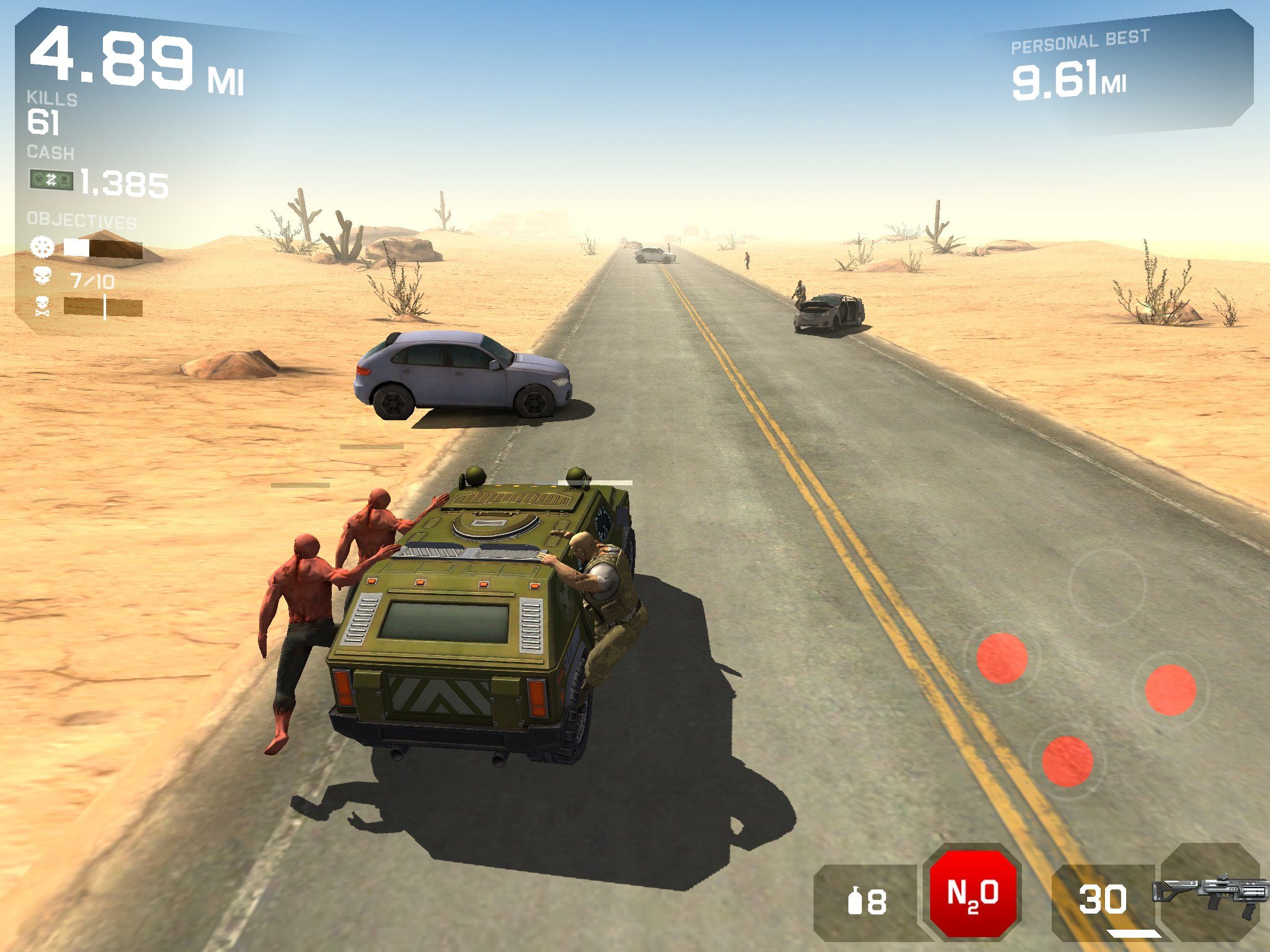 Red zombies are rampant from the start, pretty much, and even on the first desert stretch, zombies are a threat to tilt you over. As such, be ready to use your weapons much quicker than in Normal, when you could actually go a few miles before firing a shot, if you’re powerful enough and strong enough.

Know when enough is enough with rewinds 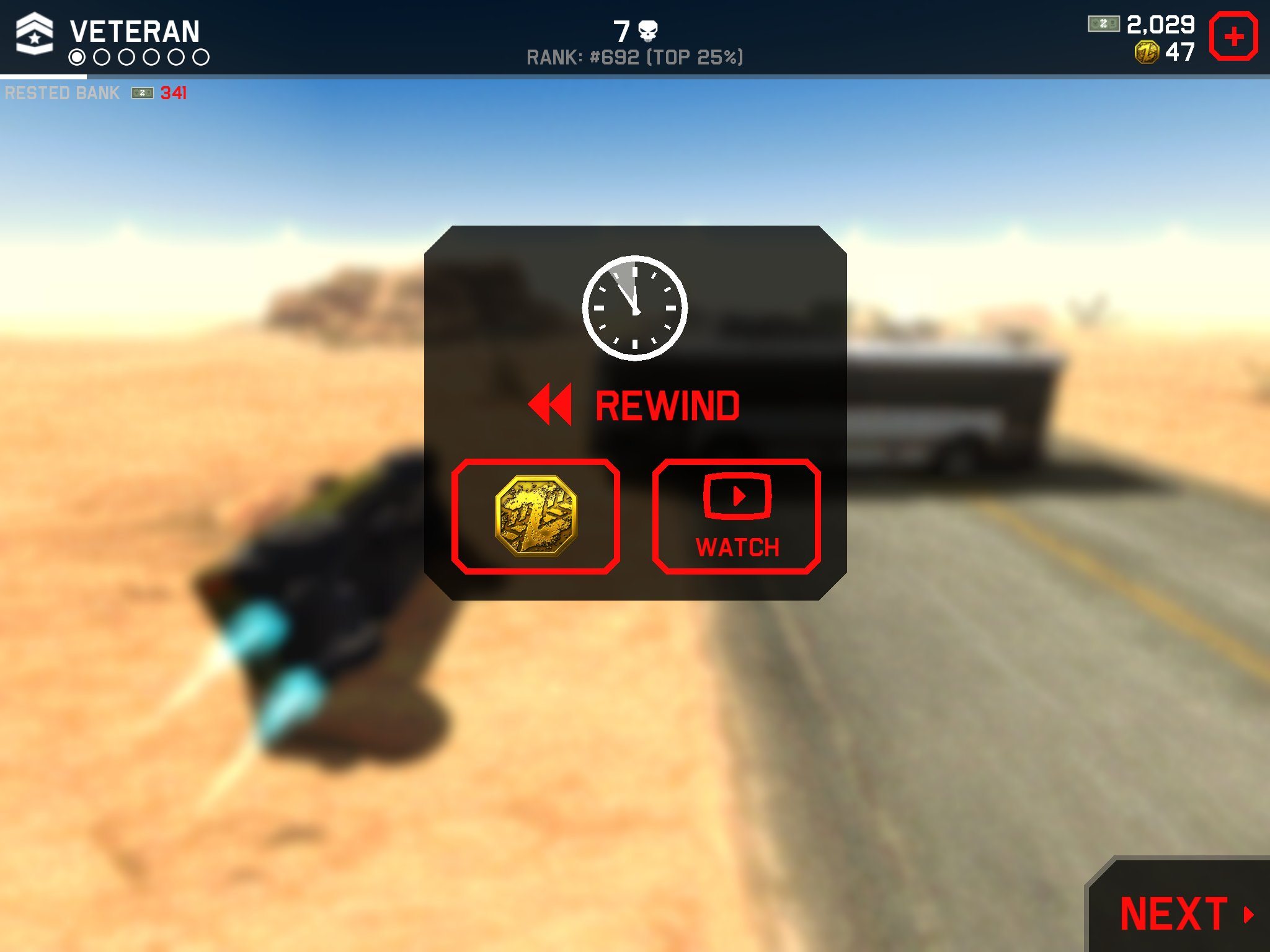 If you keep dying when you rewind, odds are there’s no way out, and you’re just wasting your coins and your incentivized ad supply (which does replenish quickly, but does take time). Admit when enough is enough and call it a run. And if you die very early on, like in the first desert stretch, just quit and start over again. Your time and gold are more valuable than that.