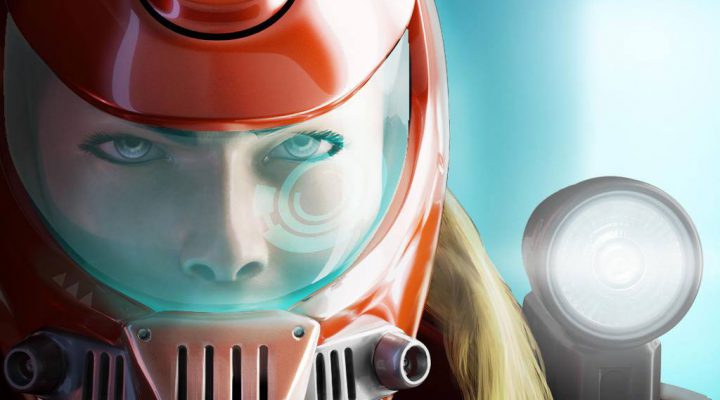 Xenowerk is all about mowing down hordes and hordes of monsters. From quick, little pet-sized monsters to lumbering behemoths that die in a dangerous explosion of toxic goop, players need to be prepared if they are to succeed at finding the origin of these monster’s creation.

After surviving the dangers of the game, I’ve put together some handy tips for players who are just getting into Xenowerk. The following Xenowerk tips, cheats and strategies are designed to aid players on their quest through the dangerous laboratories. Good luck, soldier. 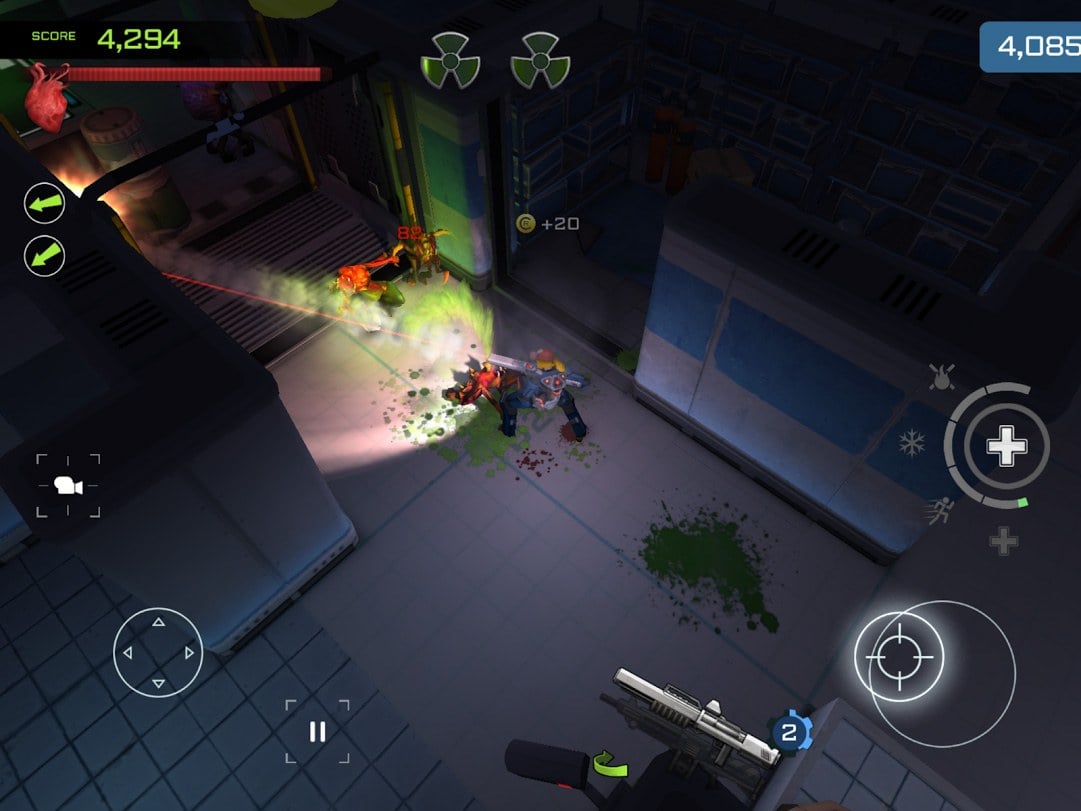 As you progress through Xenowerk, you’ll be able to purchase new weapons with the currency you collect in each level. You might be confused when you see some weapons cost more but are not as strong as cheaper weapons. Guns like the RPG launchers may cost more than the rifles and do less base damage than the rifles, but keep in mind the RPG will explode upon impact, doing damage in a radius.

These sorts of weapons are ideal for clearing out a room full of smaller monsters, as one or two rockets can wipe out a dozen or so enemies in no time. 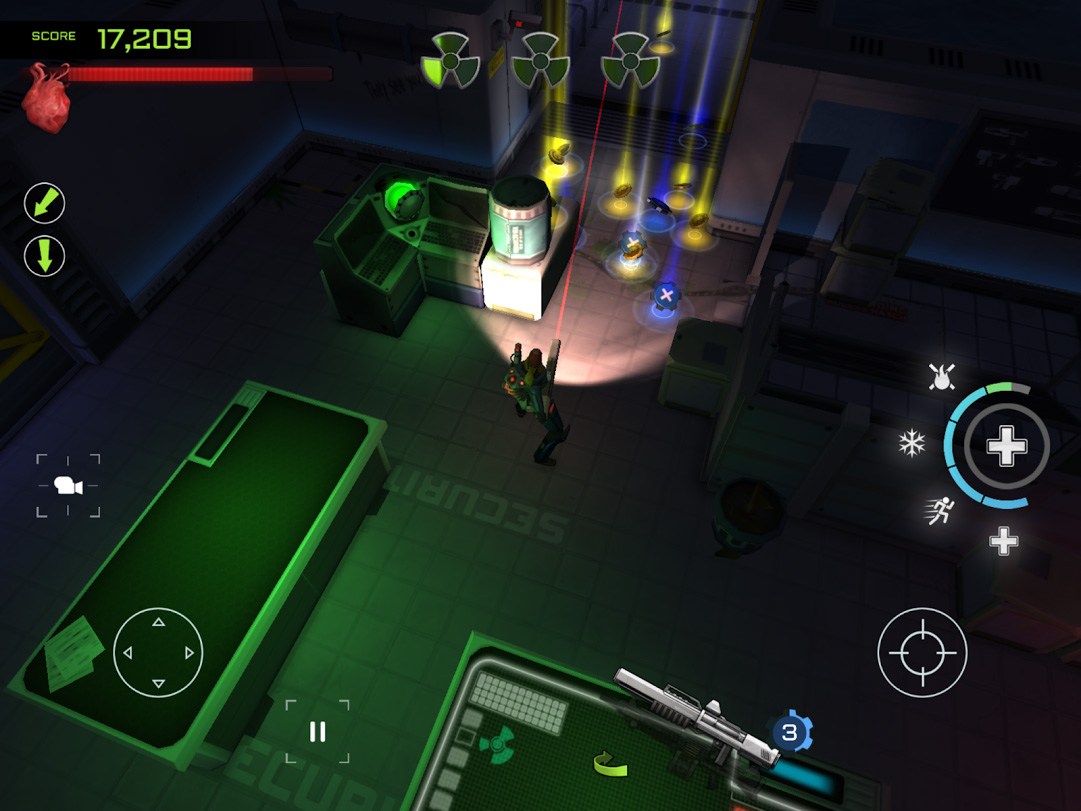 There are some areas in the levels that you have no reason to go to. Clear them out anyway. Killing monsters refuels your abilities and provides you with income to purchase stronger weapons. Xenowerk isn’t that difficult to begin with, so do yourself a favor and just spend an extra minute or two making sure you’ve cleared the level out, before moving on.

When you’re selecting a weapon to upgrade, consider that the more you use it, the stronger it will get. Enemies randomly drop blue upgrade tokens that go towards leveling up your currently equipped weapons.

If you’re looking at a weapon on the weapon-select screen, take note of the dark blue bars that show the stats that will gradually fill in each time the gun levels up. 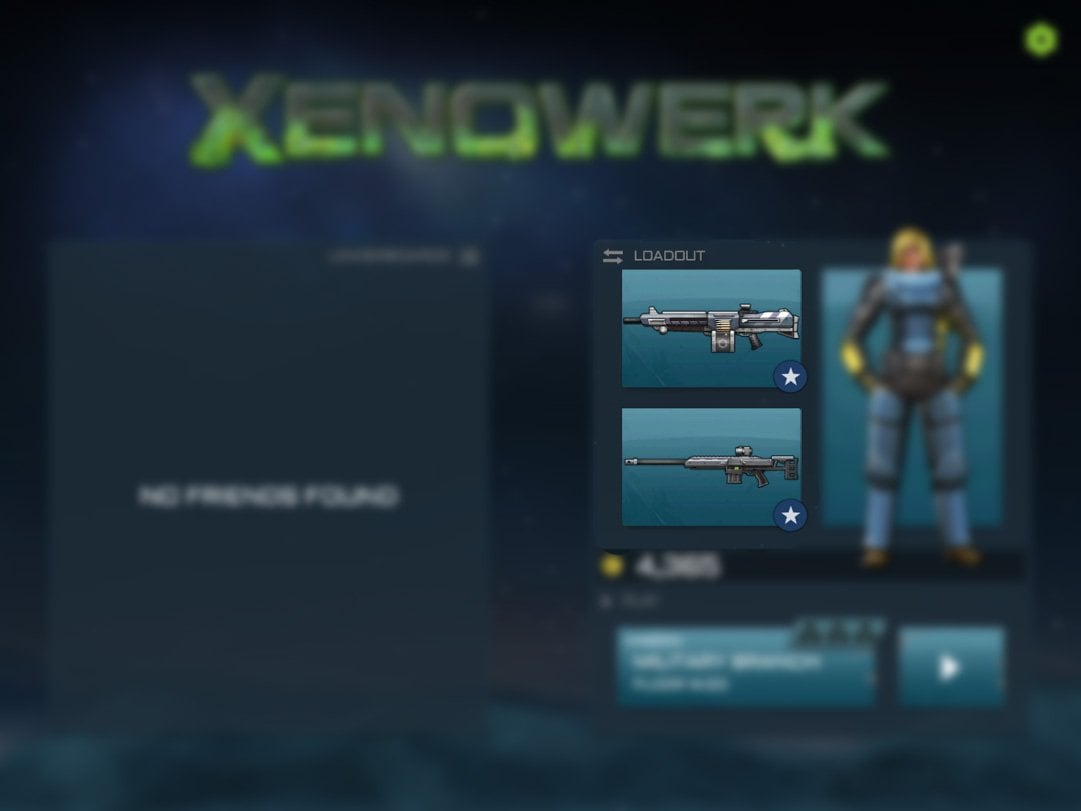 Because you can carry two guns at a time, you should always play their weaknesses off of one another. So instead of having two shotguns, have one shotgun and a rapid-shooting gun that makes up for the shotguns lack of rapid fire.

Personally, I always ran with a high-powered, single-shot rifle and a sub-machine gun. This allowed me to focus fire on the larger enemies with the rifle, while mowing down the near-endless hordes of the littler ones with the machine gun. 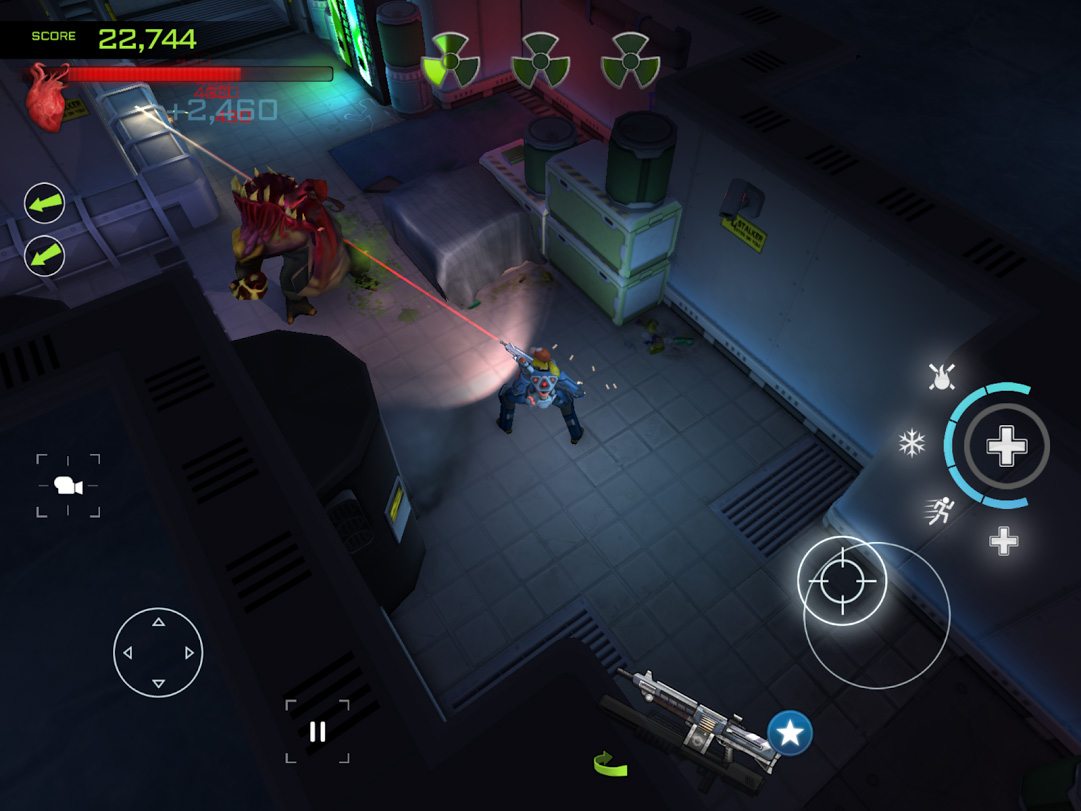 If you’re unfamiliar with the term, Kiting refers to the act of back-peddling away from an enemy while you deal damage to them. The effect looks like how a kid would run while a kite trails behind them.

It’s important that you keep moving in Xenowerk or you’ll be dead in seconds. By kiting enemies around, you’re constantly applying damage to them while also keeping a good bit of distance between them and you. Only a few enemies have ranged attacks in Xenowerk, so kiting is one of the more advisable strategies to employ.