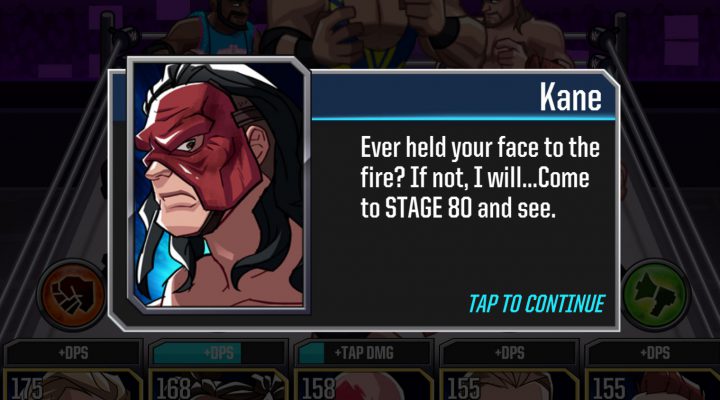 In real life, it takes tons of dedication, years of training, a high threshold for pain and natural charisma to become a WWE Superstar. In WWE Tap Mania, it only requires the ability to tap really fast.

Okay, so that’s not 100 percent true. There’s more to success in Sega and The Tap Lab’s latest effort, where you gather together a team of actual WWE wrestlers who help your up-and-comer to take on everyone in your path. It takes some strategy, some patience, and yes, a lot of tapping to be able to become a champion in this idle clicker.

We know because we’ve already been doing it. If you’ve got the time, take heed to these WWE Tap Mania Tips, Cheats and Strategies and you might be able to wear some virtual gold before too long.

No, Seriously, Tapping is Important 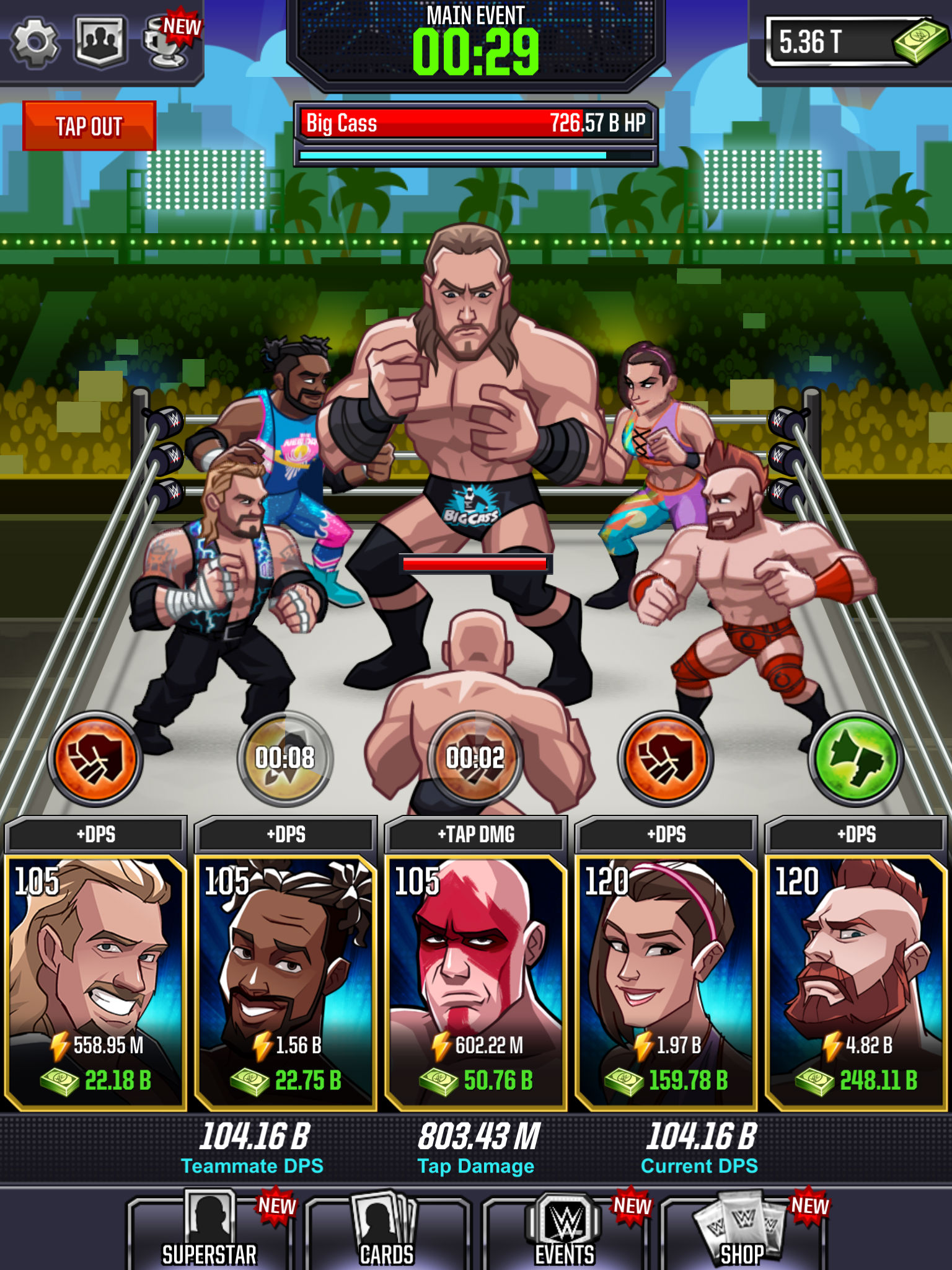 WWE Superstars work for years to perfect their craft. All you really have to do it tap on the screen as fast as possible to rough up opposing wrestlers.

Seriously, that’s it. As far as your wrestler goes, you’ve got two option: tapping on the screen as fast as you can (anywhere will do) and then occasionally hitting the button right above your wrestler’s profile to activate your signature move. That’s really all there is to it, and it will be enough to help you defeat many a foe.

Bonus tip: Every stage in Tap Mania has 10 normal wrestlers to defeat before an especially tough challenger awaits in the Main Event — often even a recognizable WWE talent. Since your signature move has a cooldown associated with it, you probably want to save it for the Main Event. 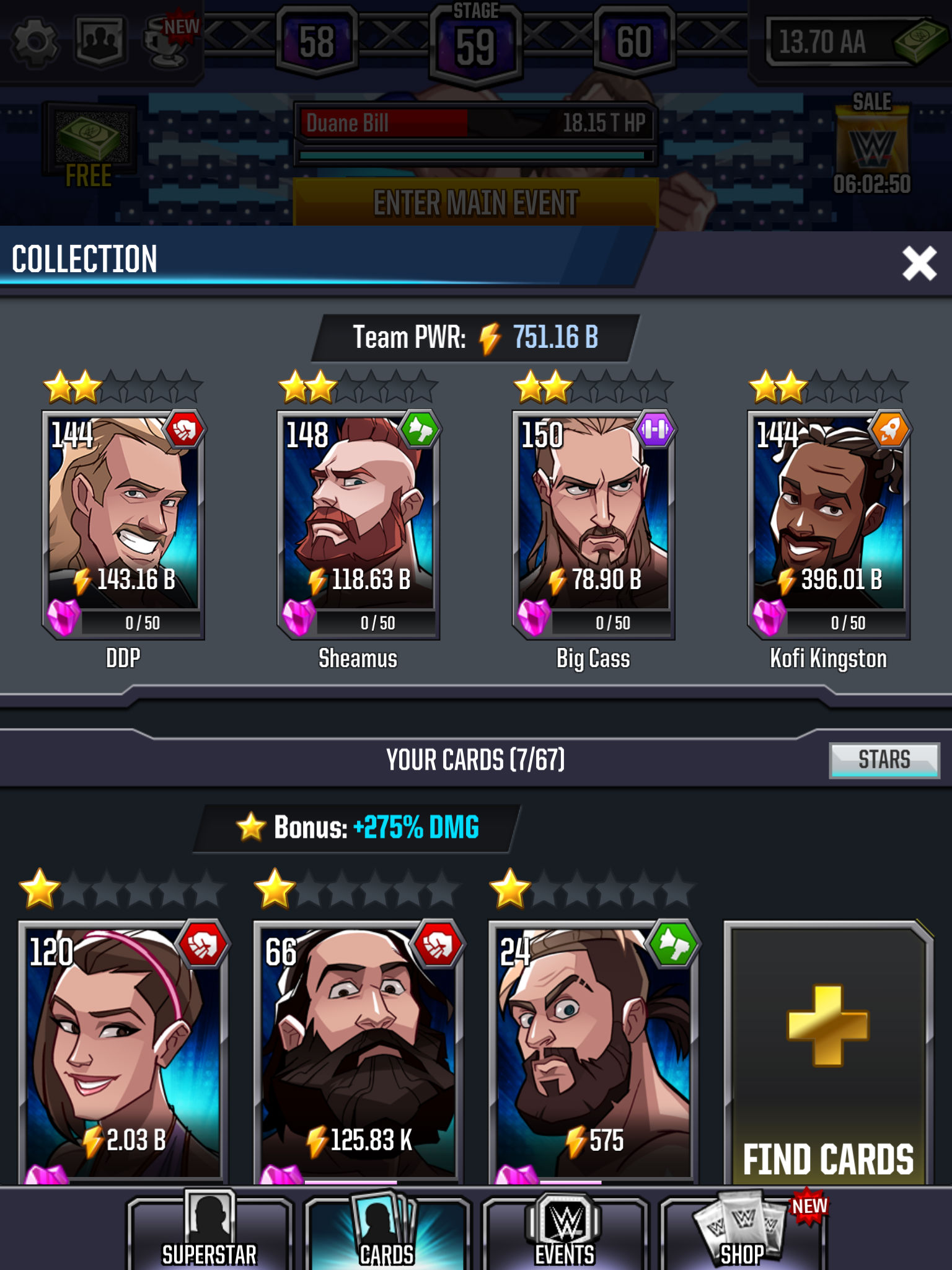 In most walks of life, a group of people bonded by a common purpose is called a team, but stable is a more wrestling-appropriate term. Tap Mania allows you to gather up to four WWE Superstars to help your contender, which they do by automatically attacking your opponent at regular intervals and via their own signature moves that you can activate the same way you use your own.

Simply playing through the game will allow you to round out your stable pretty quickly while you’re still in the tutorial, so there’s no real need to worry about making some kind of grand effort. The biggest thing to remember about your other wrestlers is that you can level them up the same way you do your challenger, just by tapping on the wrestler’s portrait beneath the ring.

Bonus tip: Rarity matters a lot in WWE Tap Mania. That is, a two-star wrestler is much more powerful than a one-star wrestler, a three-star is way better than a two-star and so on. Once you’re able to acquire some rarer Superstars, you’ll want to swap them into your lineup immediately. Just tap on the ‘Cards’ icon, tap the wrestler you want to swap out and then tap on his or her replacement. Nothing to it.

How to Get More Wrestlers 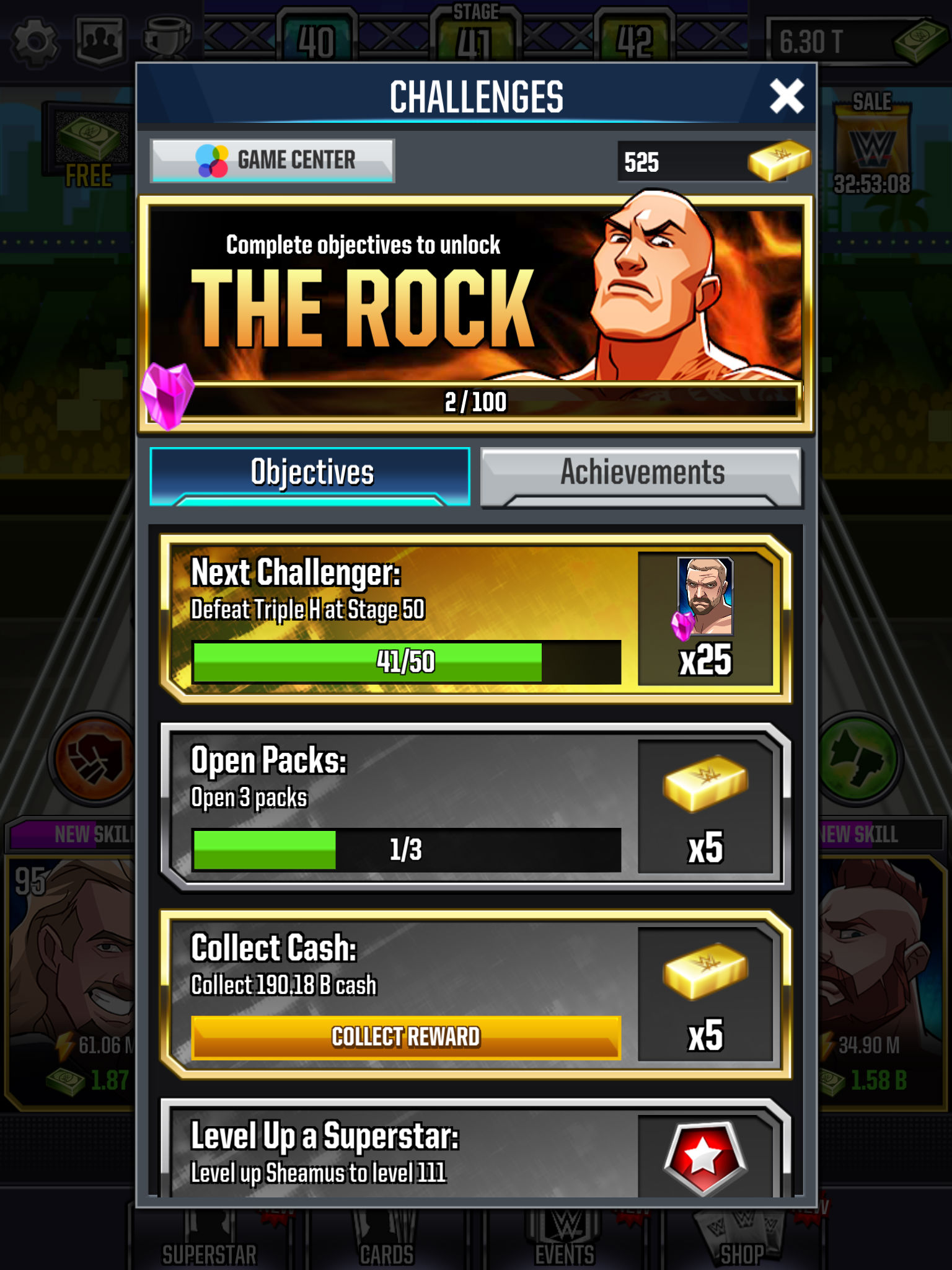 A big part of the fun in this particular WWE game is the ability to acquire a number of Superstars from throughout the promotion’s history and add them to your collection. You have a couple options for doing this:

Win at Tap Mania Without Even Playing 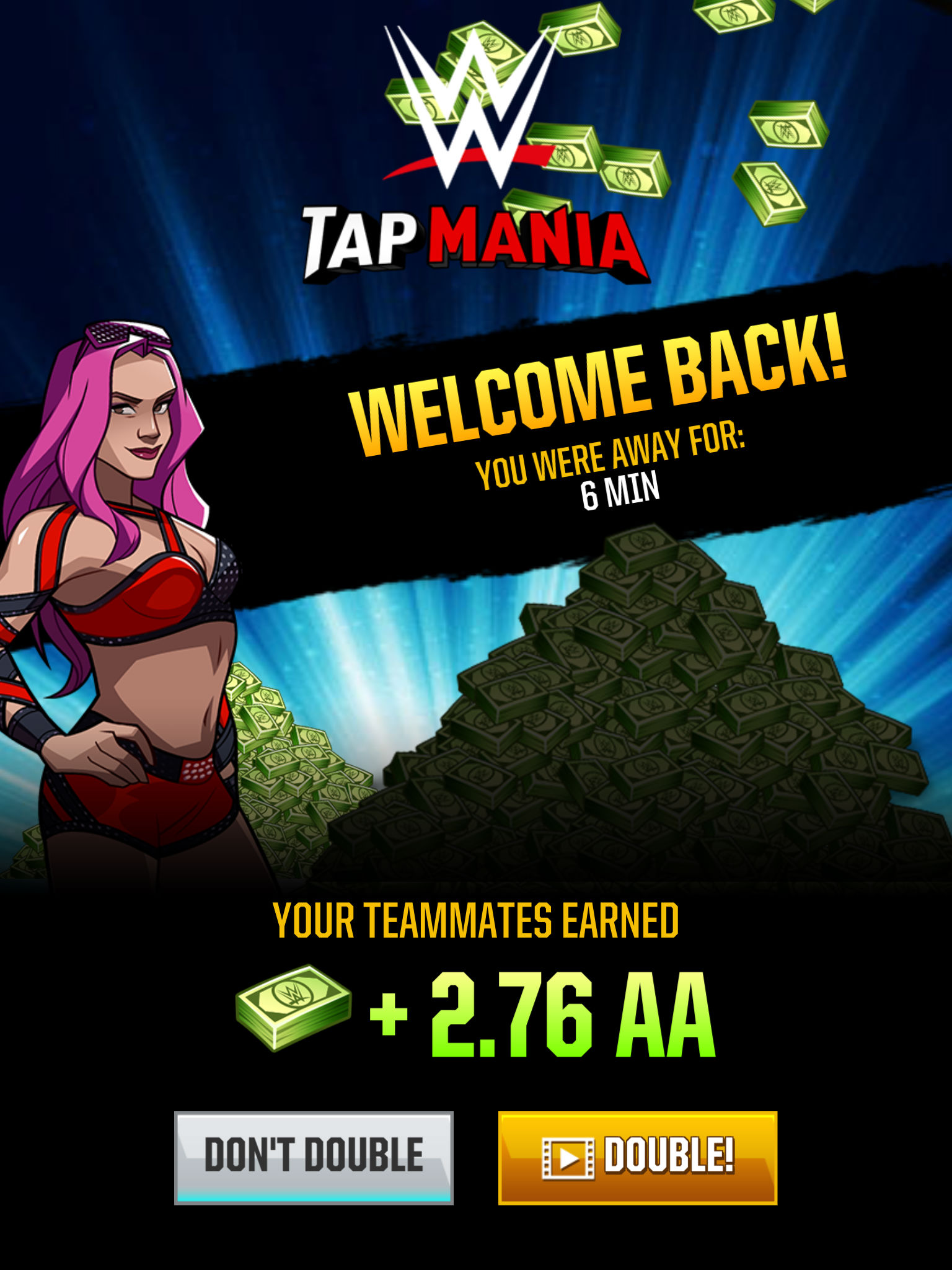 Like most idle clickers, Tap Mania allows you to acquire more cash even when logged out of the game. However, we’ll go a step further and say that when you’ve reached the limits of what your current stable can accomplish and you’re low on cash to power your wrestlers up that much more, it’s actually more helpful to just log out of the game for about 8-12 hours.

Your wrestlers keep fighting while you are logged out, and while they won’t beat any Main Event matches for you, they will rack up an awful lot of dough in your absence. Generally speaking, staying logged out for several hours will enable you to level up everyone you have active multiple times, and that alone should be enough to pass any Main Event boss you find difficult to defeat.

Bonus tip: For both the rewards earned while logged out and the occasional briefcase you see hanging from above the ring (and WWE fans will feel comfortable with the Money in the Bank concept for the latter), Tap Mania will offer you a chance to watch a short video to double your cash. Always watch the video. Even if you can’t stand ads for more mobile games, it pays off to play them in this game, because doubling up on what are already really nice sums of cash can really help get you further in a hurry.

How to Get Legendary Pokemon in Pokemon GO Right Now