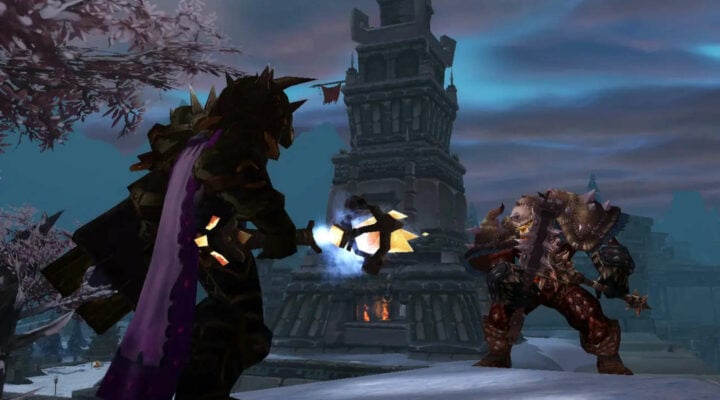 Preparing to head back into the World of Warcraft? Well, if that’s the case, you might need the help of our Wrath of the Lich King class tier list. In this guide, we rank all of the classes from the heights of the S rank to the depths of D tier. This includes class specialisations, and focuses on DPS roles, so bear that in mind when glancing at our tier list.

World of Warcraft Classic is heading to the era of Wrath of the Lich King on September 26. This expansion originally launched all the way back in 2008, bringing with it the continent of Northrend. This is where the eponymous Lich King Arthas dwells, and you had to be at least level 68 to venture there. The level cap raised to 80, and we also got the Death Knight hero class.

Below, we’ll rank all of the classes from the heights of S tier to the depths of D tier. This WotLK tier list focuses on DPS roles specifically, so you won’t see support or other specialists on this list. That’s not what this tier list is for.

Wrath of the Lich King Class Tier List – A Tier

How Did We Pick The Rankings In This WotLK Tier List?

We used a combination of past experience and community sourcing from the likes of Reddit, forums, and wikis to pull together this tier list.

It’s based on the class specialisations at the very peak of their powers, fully equipped with the best endgame armour and weapons. That means they might not provide the best experience at the beginning, or middle, of the game.

You can get ready for Wrath of the Lich King by playing World of Warcraft Classic right now.