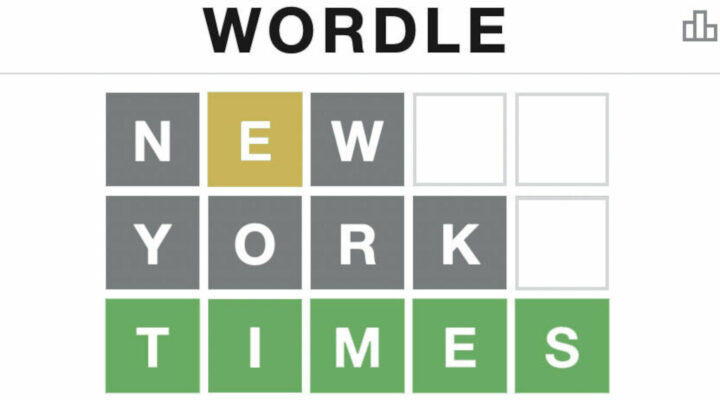 What’s the answer in Wordle today, we hear you cry? Well, wipe away those tears as we’re going to save you the trouble of actually playing the game. In this guide, we’re going to provide you with the answer every single day of the week, so you can skip the mental anguish and get back to sipping your latte.

We do recommend that you bookmark this page though, so you can check back daily with ease. Why actually try at Wordle when you can simply get the answer right here?

If you’re a fan of games that give you a reason to play each day, we recommend Coin Master. It’s a fun little time-waster that challenges you to level up your village, spin slots machines, and hoover up gold – all in the name of beating your friends. You can grab free Coin Master spins each day on us, too.

Don’t want the answer delivered right to you, but want some help? We’ve got you.

The Oxford Languages dictionary definition of today’s word is:

relating to or resembling fish or a fish.

If you don’t want to know today’s answer, look away right now. We’re going to provide it in this section. Shoo!

Still here? Great. Then the Wordle answer today is:

Now, we’ll answer a bunch of questions you may have about Wordle.

Wordle is a word game owned by the New York Times that challenges you to guess a word every single day. You’re given six tries to guess, and all you have to go on is the number of letters.

How Does it Work?

You start by guessing any word that you can think of, and Wordle will tell you if the word is correct or not. Chances are it isn’t, but any letters you used that are in the correct word are highlighted yellow. If they’re also in the correct place, they’re green.

Taking ‘TRAIT’ as an example, if you guessed ‘CRATE’ on your first go, the letters ‘C’ and ‘E’ will appear in black, as they don’t appear in the word ‘TRAIT’. ‘R’ and ‘A’ would appear in green, as they appear in ‘TRAIT’ and are in the correct places.

Where Can I Play?

You can play Wordle on the official New York Times site right now. It works on any browser, including desktop, mobile, and tablet.

Where Can I Find Previous Wordle Answers?

And there we have it – you’ve beat Wordle for the day, and you’ve learned something. Go give yourself a pat on the back.