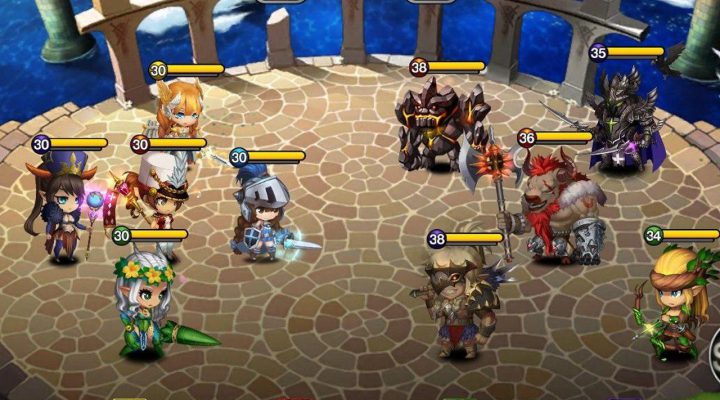 Wonder Tactics is a new strategy RPG from Com2uS Corporation that features hundreds of cute little heroes battling one another throughout the various game modes. The game functions similarly to many other mobile strategy games, albeit the game’s main mechanic is uncommon in that hero’s special attacks are limited to designated plots on a 3×3 game board.

Gamezebo’s Wonder Tactics tips, cheats and strategies will help new players learn some of the basics of the game, and teach them great gameplay concepts to take advantage of as they begin their journey.

Early Bird Gets the XP 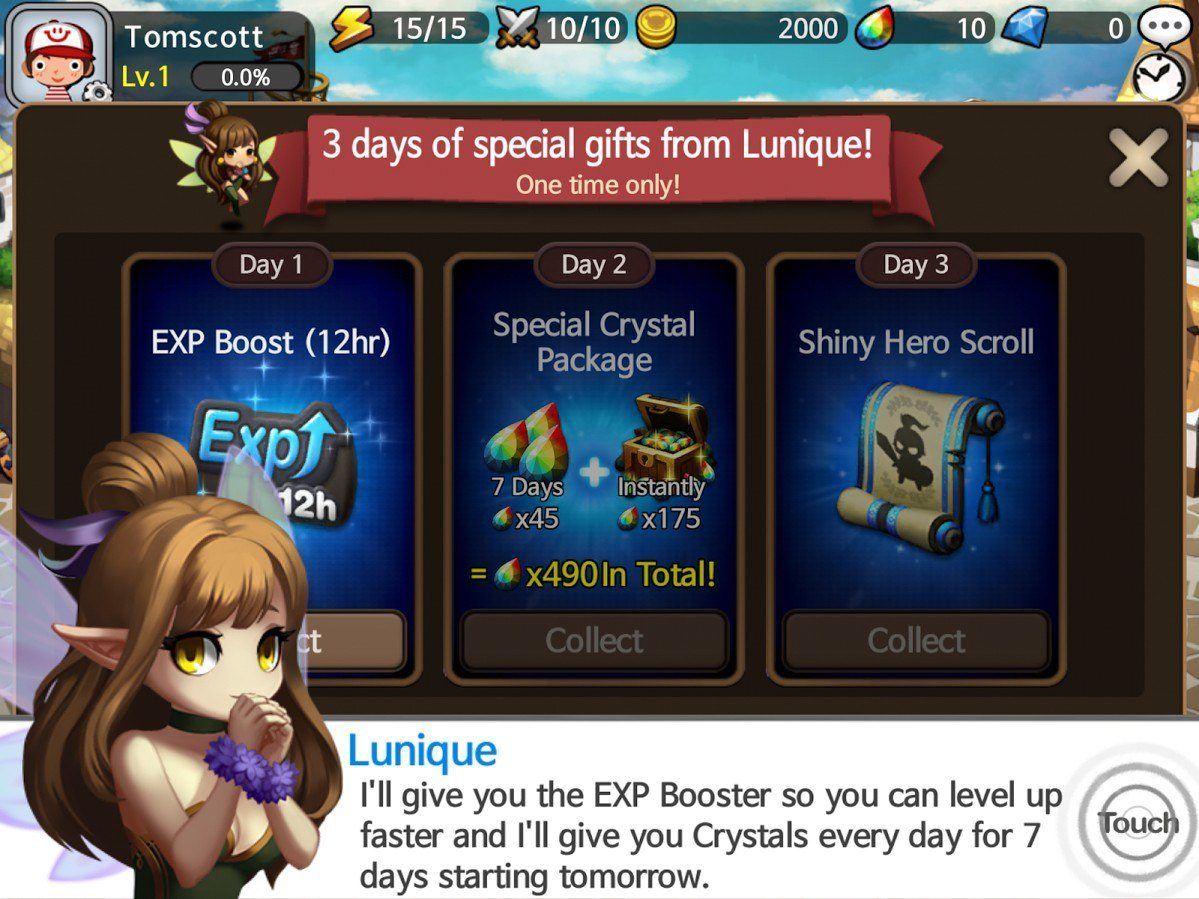 One of the nice little treats that Wonder Tactics gives players right away is a 12 hour experience booster which increases the amount of experience points that heroes collect, thus allowing them to level up faster than normal.

It’s a nice little gift that not only keeps the gameplay flowing smoothly early on (since you’ll always be a little ahead of the enemies you face thanks to the boost) but really allows players to experience more of the game. When you complete levels, your account gains experience points of a separate kind than the heroes get. Level up the account and you’ll get free energy, allowing you to play for free for longer.

Just don’t forget to pick up the booster from your inbox and activate it!

If one of those nooby heroes gets a whack in the face that turns them into a little bubble ghost, you’ve lost a full star. Lose two heroes and you’re down to one star. By then completing the battles is kind of pointless, as the rewards are going to be fairly mediocre. You really want all three stars. Even if your A-Team comes out with hardly a scratch, should the two new guys in the back not make it, their deaths drag down your star count.

Level the little guys on their own before putting them in the big leagues.

Pay Attention or Pay the Price 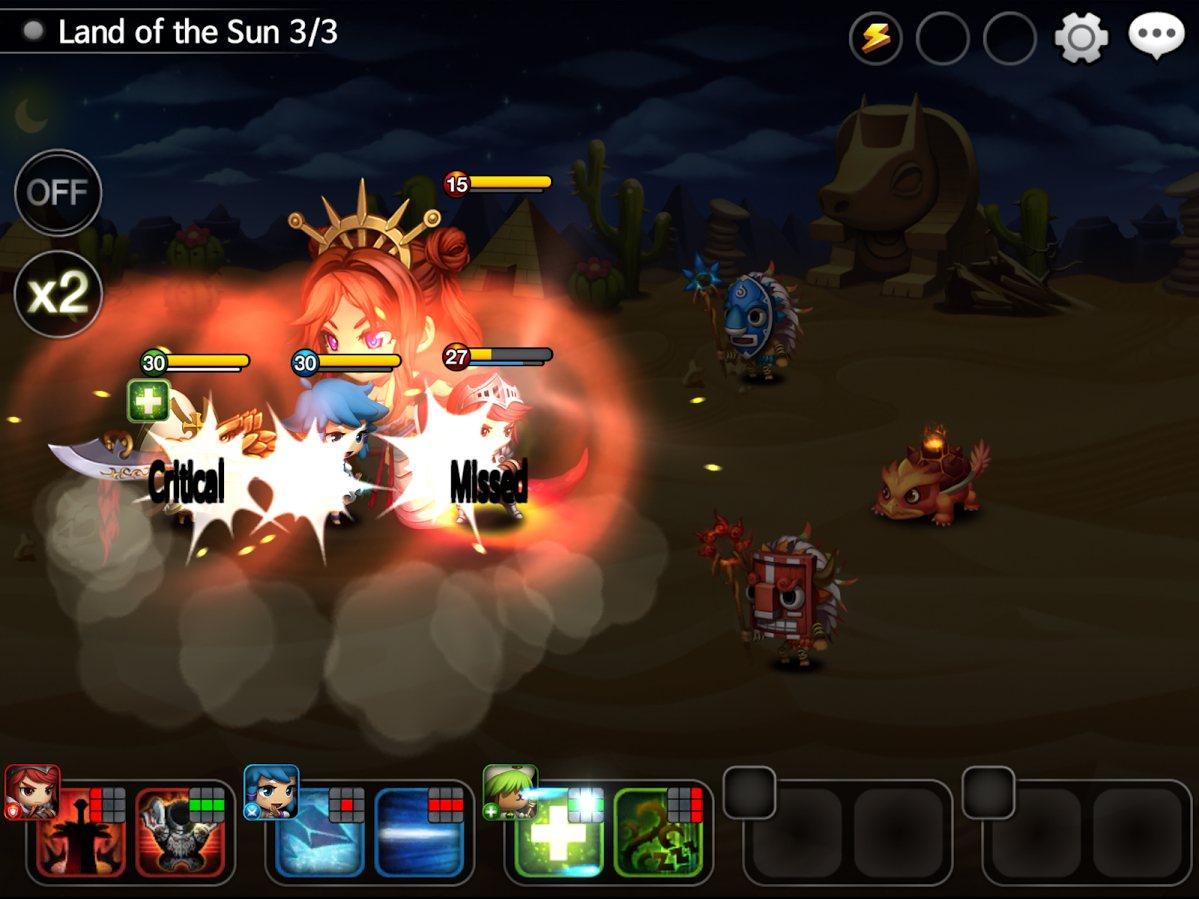 Once a battle in Wonder Tactics gets underway, the bad guys won’t wait on you to make your move. Your heroes will toss out their basic attacks here and there, but their more powerful, special abilities will remain dormant. Don’t allow yourself to become distracted mid-battle or there is the good chance that your heroes will not survive.

The options exist to turn on auto-skills which allow the heroes to use their best judgement as far as when to use what abilities. I can’t speak to the competency of the A.I. since I’m 100% about micro-managing in RPGs, but the option is there for those of you who are easily distracted.

An early game strategy that worked for me that you may wish to adopt is to take the first three characters you get (typically they are going to be powerful ones since you get some free summons at the start) and use the XP boost to level them to around 30ish.

By then you should have picked up (hopefully) one additional tank character and (probably) a few DPS/healer characters. Pick the best three characters (remember you want your tank to be in front of the other two to absorb damage) and start from the beginning again. Then after leveling them up to your first team’s level, you’ll have six characters to rotate between.

If you’re feeling really ambitious, and happen to have enough quality heroes to do it, you could even work on a third team. It’ll take some time, but is well worth it in the long run. 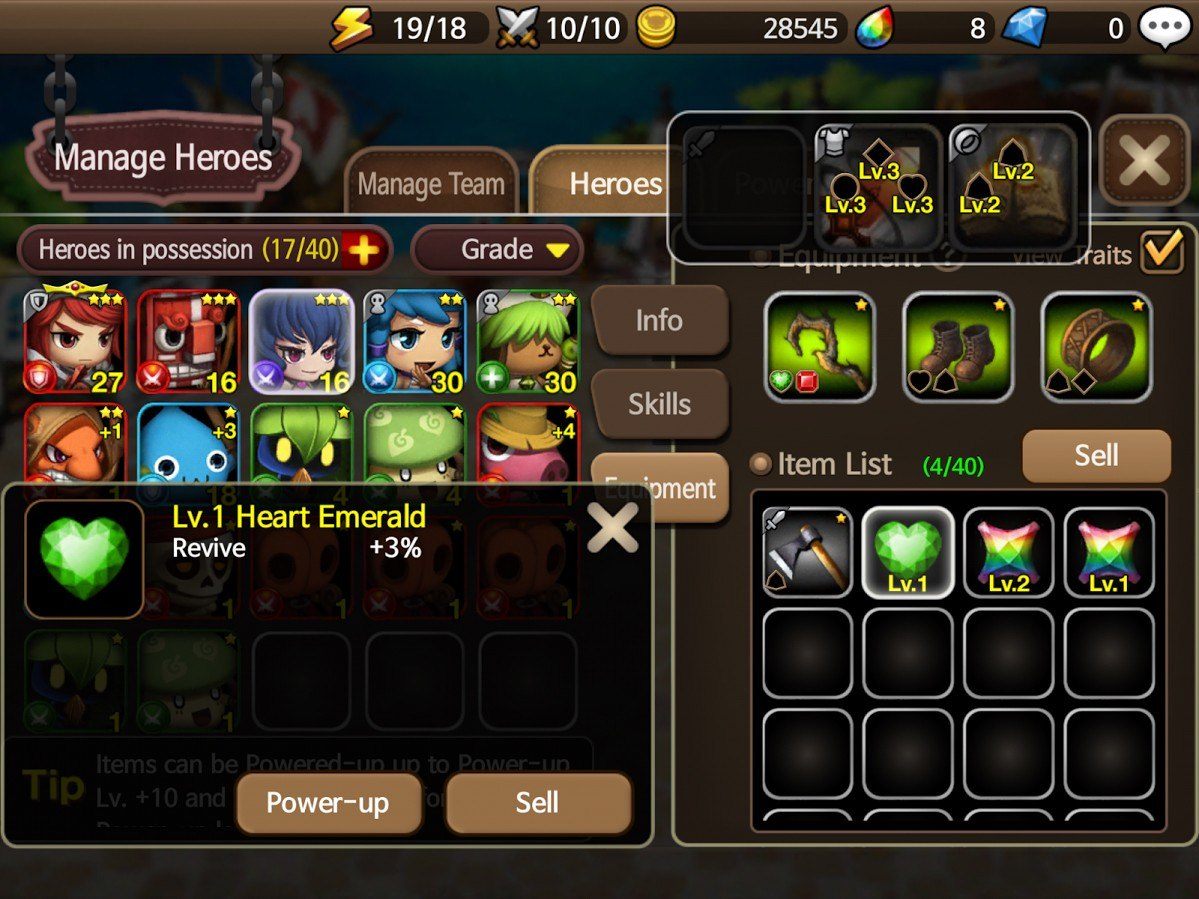 Here’s a quick one for you: don’t forget that you should be equipping and upgrading your heroes’ gear and weapons. It’s easily to overlook and I forgot to do it enough times that I made a special note to remind myself to make a quick tip for you guys. So there you go: don’t forget to equip your gear!