Home / Walkthroughs, Tips, Cheats / Westworld reveries guide: What they are and how to use them 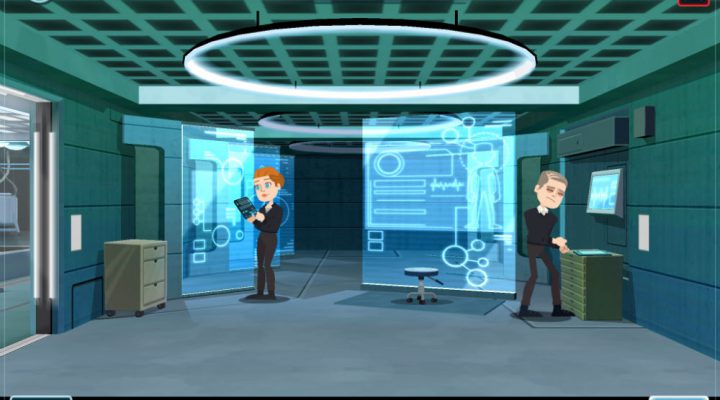 Fans of the Westworld TV series on HBO know all about reveries, a concept described by eccentric park co-creator Robert Ford back in season 1. As Ford explained, reveries were supposed to be flashes of the hosts’ past “lives,” ones that they could not access directly but would influence their behavior at a subliminal level. In reality, the truth turned out to be much deeper and for a much different purpose than he let on, as it was actually Ford’s partner Arnold that devised the reveries decades prior in the hope that they would help the hosts one day achieve consciousness.

Fortunately, the Westworld mobile game is set in a more innocent time, relatively speaking, where Delos’ experiment is still under the company’s control. With that in mind reveries are simply items you can add to any of your hosts that will increase their capabilities in very specific stats, giving them a percentage boost over what they could achieve on their own. Think of them as power-ups for hosts that will improve their chances for successful guest interactions.

Need to know even more about reveries? Keep reading and we’ll explain everything we know so far. And if you like what you find here, please be sure to check out our other Westworld guides that will help you create more hosts, get free coins and Gems, and prevent hosts from glitching.

Where to find reveries

Once you’ve achieved a high enough level to unlock reveries, you’ll need to also build the Reveries lab. That will cost you several hundred coins and a couple minutes of time. After the Reveries lab is in place, you can visit it to see all the reveries you have on hand. 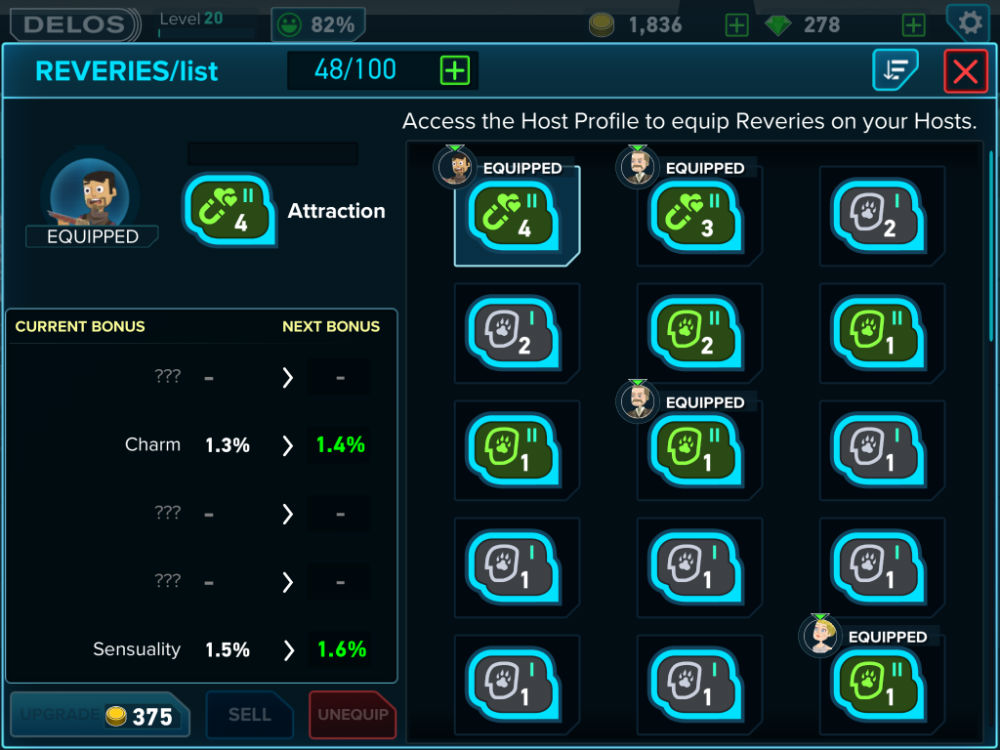 However, it’s not a place where you can actually acquire more reveries. You’ll need to do that by successfully completing guest interactions and seeing them show up as rewards. As with other bonus rewards, the happier a guest is with his or her interaction, the more likely it will be to produce a reverie.

How to equip reveries in your hosts

Equipping reveries is simple: Go into a host’s profile and tap on the ‘Reveries’ tab. You’ll then see a diagram with the six slots each host has that can hold reveries. 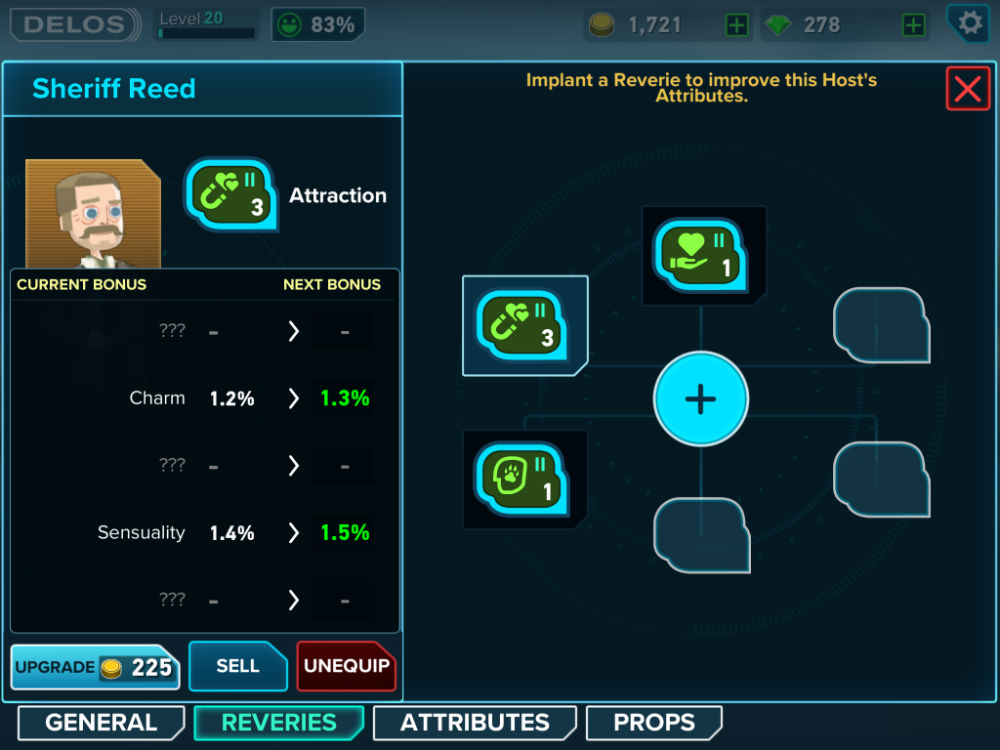 Tapping on the plus symbol in the middle of the diagram will bring up a list of all the reveries you currently have in your possession, not including any already slotted in to other hosts. Just tap on the one you want and then tap the ‘Equip’ button at the bottom of the screen and you’re good to go. On the left side of the screen, you’ll see the percentage boost that reverie grants to certain kinds of interactions.

How to upgrade reveries

We’re not quite done with reveries just yet, as you can make the ones you find in Westworld even better by upgrading them. You can upgrade reveries either from within a host’s profile or from the main list back in the Reveries lab.

All you need to do is tap the ‘Upgrade’ button and the game will spend the proper number of coins. Here’s the tricky part, though: Spending the coins only gives you a chance to make that reverie better. It’s not guaranteed to work each time, and you are out the coins whether the upgrade is successful or not.

That means there’s a risk/reward element at play, because the higher you try to upgrade any reverie, the more it will cost and the less chance you’ll have of success. But it’s still worth it to get the better bonuses that high level reveries provide, so don’t be shy about trying it if you’ve got plenty of coins on hand.

Westworld: How to avoid having hosts glitch