How to Unlock PAC-MAN Characters in Crossy Road 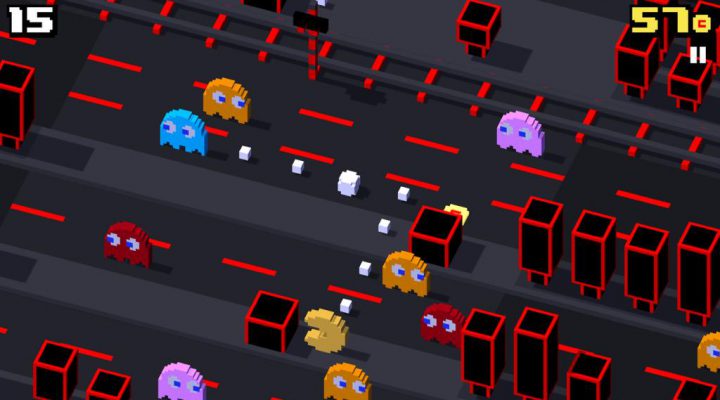 Hipster Whale has been ridiculously generous to mobile players this month, adding six new characters to Crossy Road last week, releasing their new endless insta-hit Pac-Man 256, and now giving us another six characters less than one week later. The latest set of unlockables is entirely Pac-Man related and includes four secret characters that have proven to be some of the most mysterious in Crossy Road history. We’ve collected these characters—thanks to some amazing detective work from helpful Crossy Road fans—and wanted to share the ghostly wealth with anyone else having trouble tracking them down.

First, you’ll need to download the two non-secret characters introduced in this update, Pac-Chicken and Pac-Man. Both are currently free and can be acquired by entering the character menu, scrolling to their portrait—Pac-Chicken is near the beginning of the list and Pac-Man is at the very end—tapping on them, and selecting the purchase option (which will be $0.00 for both). You can earn Pac-Chicken in the gacha machine, but “purchasing” is the easiest and quickest way to get her. 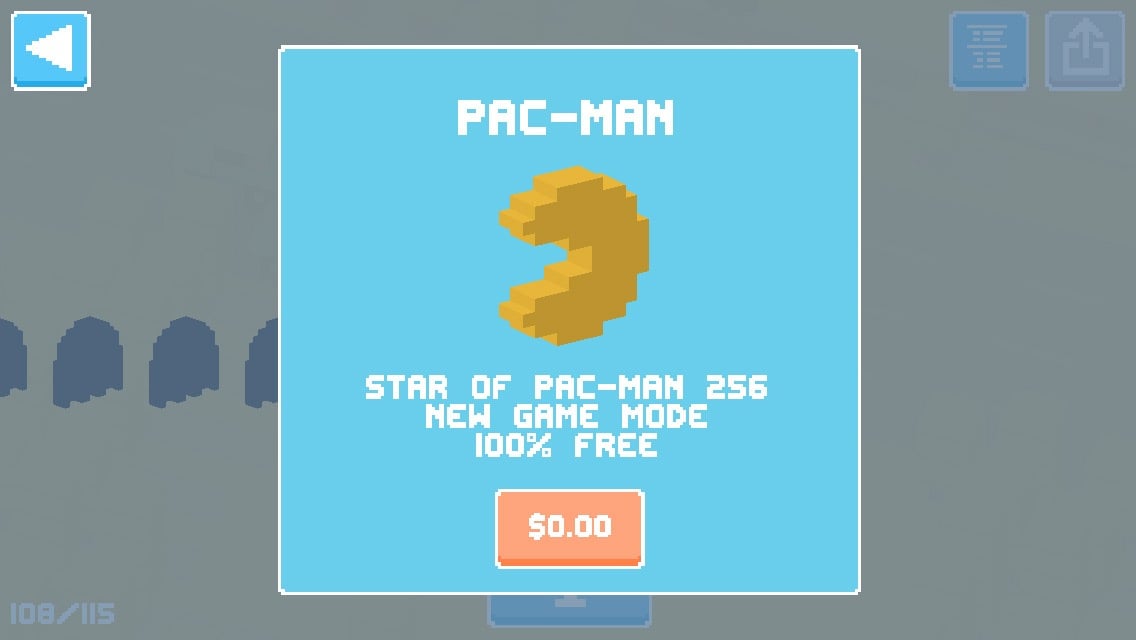 Like past purchase Psy, playing as Pac-Man introduces an entirely new game mode with a new method of scoring and its own leaderboard. When playing as Pac-Man, you’ll only earn points for eating the white pellets on the ground—worth one point each—or eating ghosts after consuming a power pellet, the larger white pellets—ghosts are worth five points each. Pac-Man doesn’t earn any points for distance. Pac-Chicken plays with the normal method of scoring, via distance, although she runs on a Pac-Man style world with small pellets available to collect. 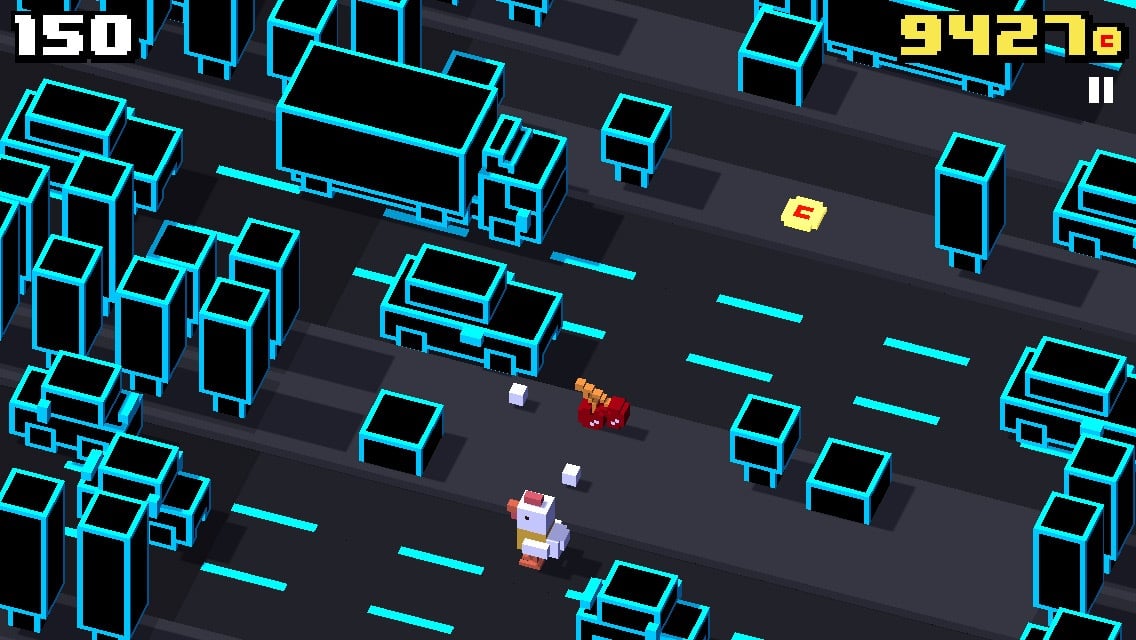 To unlock the pink ghost, Pinky: Play as Pac-Chicken. While running, you will sometimes come across a cherry power-up like the one found in the original Pac-Man. The cherry appears to be entirely random—you don’t have to reach a certain distance for it to show up. However, after numerous attempts to find the cherry on multiple devices, we’ve found that it only starts appearing after Pac-Chicken has collected a number of the white pellets on the ground. Cherries began showing up in our game after we had collected a total of 120 pellets cumulatively (they don’t have to be in a single run), but the actual total may be less than this. Either way, keep playing as Pac-Chicken and collecting white pellets until you come across a cherry, and then pick it up. That’s it!—once you die, you’ll unlock Pinky.

To unlock the red ghost, Blinky: Play as Pac-Chicken. On Pac-Chicken’s world, the super-fast cop car that sometimes shows up is replaced by a Pac-Man. This Pac-Man acts the same—zipping by while flashing red and blue—and also appears entirely randomly. You need to get hit by the Pac-Man car to unlock Blinky. The Pac-Man car also appears if you’re playing as any of the four ghosts, so you may be able to unlock Blinky while playing as Pinky, Inky, or Clyde—but Pac-Chicken definitely works. 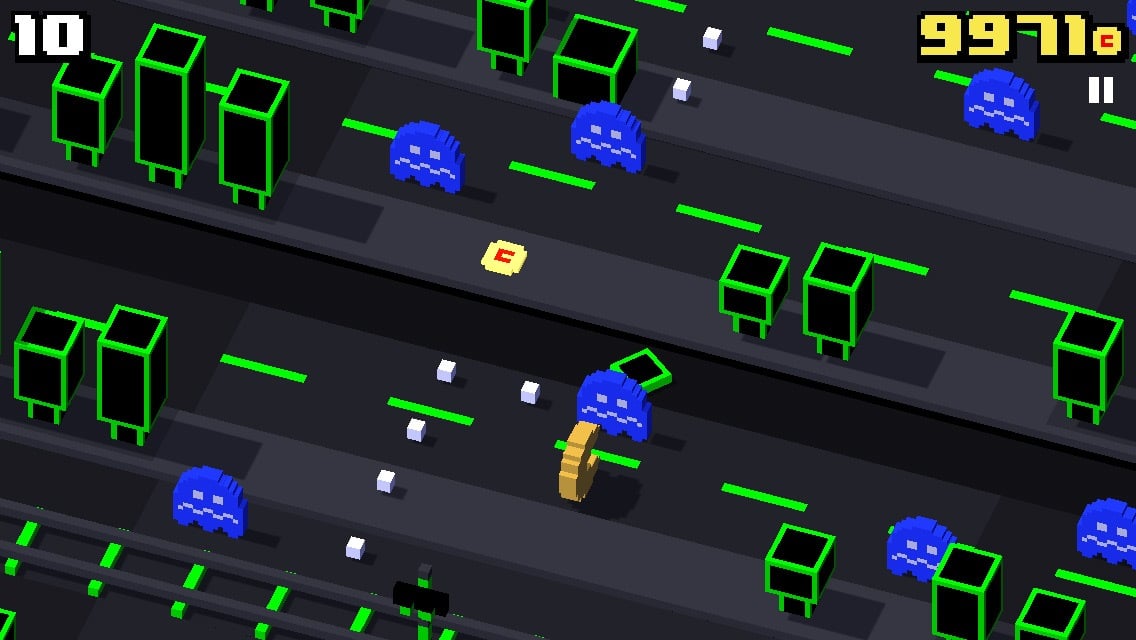 To unlock the orange ghost, Clyde: Play as Pac-Man. You need to eat seven ghosts during a single power pellet run. You can eat multiple power pellets to catch the seven ghosts, but the chain of eating must not be broken. So, let’s say you eat a power pellet, the ghosts turn blue, and you eat four of them. If you eat another power pellet before the ghosts turn back to their normal colors, you can eat another three to reach the total of seven. However, if the ghosts revert back before you eat seven, the chain is reset and you’ll have to start again. This is the only requirement for unlocking Clyde.

To unlock the blue ghost, Inky: This is the most contested secret character and one of the hardest to unlock. The initial rumor for Inky’s unlock was that you needed to eat a total of 50 power pellets as Pac-Man (over any number of runs) and then die to Inky. However, neither of these requirements is true. We unlocked Inky on our first attempt after dying to a Blinky and having eaten an unknown number of power pellets. We then started over on a second device and ate 120+ power pellets—we stopped counting after 120—and still had not unlocked him. When we finally did unlock him, we again died to a different cause—falling in the river. So, you don’t have to die to Inky and the number of power pellets you eat doesn’t matter. 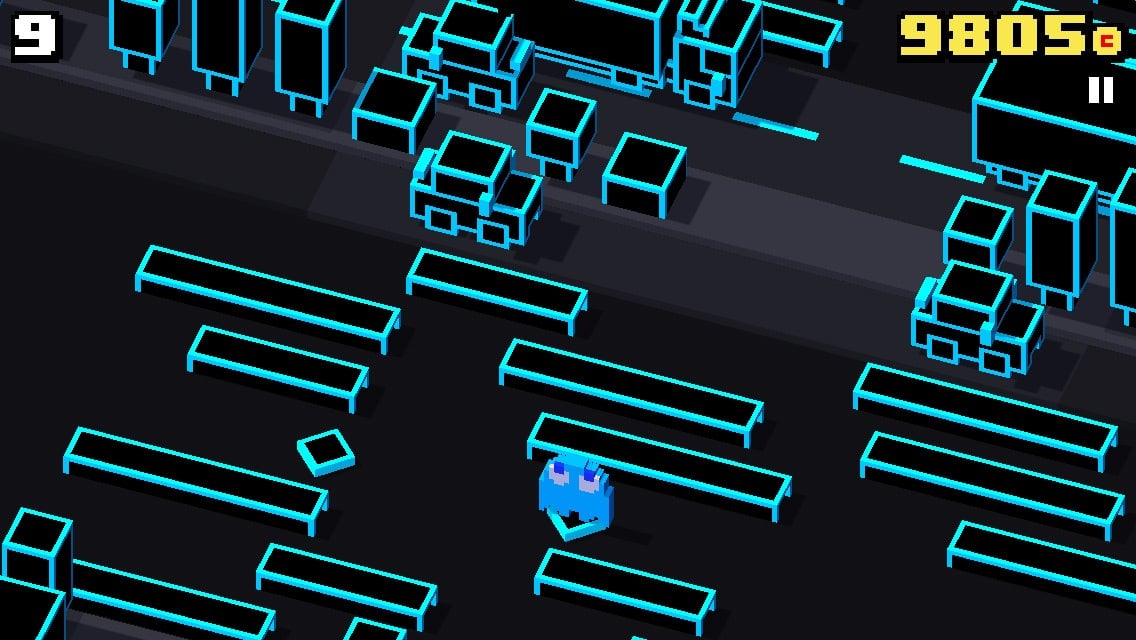 What seems to be more accurate was uncovered by YouTuber BitStern. He claims that you can unlock Inky by playing as Pac-Man and getting a score of 50 points or more about 30 different times. That means playing as Pac-Man, reaching 50+ points, dying, and then doing it again—at least 30 times. This is what worked for us and what we believe to be true currently. Even if this is not exactly right, it seems like playing a lot as Pac-Man eventually unlocks Inky for most players, leading us to believe Inky is more cumulative score or collection-related than the other ghosts, who have singular unlock requirements.

That’s it for the Pac-Man update and the six newest characters. Let us know if you acquired the ghosts by any other methods, and be sure to check out our Crossy Road Characters Guide if you’re missing any other secret unlocks.

Here’s the Arachnid-Free Way to Play Spider: Rite of the Shrouded Moon