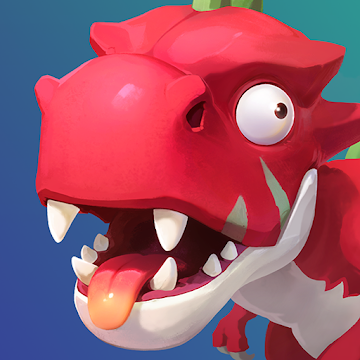 Ulala: Idle Adventure was a very pleasant surprise this week. It’s a brand new idle RPG that allows you to physically watch your characters fight in the wilderness. They’ll battle scores of enemies, gain XP and level up, and grab epic new gear to improve their statistics.

But before you get that far you need to pick a character class that most appeals to you. To help you decide, we thought we’d run you through the various different options, detailing their strengths and weaknesses.

If you’re just getting familiar with Ulala, we recommend checking out our beginner’s guide too.

Best known for their strong build and vigorous moves, Assassins can travel back and forth on the battlefield agilely. Armed with two daggers, they aim for the enemy’s weak point and strike fiercely.

Assassins are best placed in a team that features a strong tank to absorb the pressure, as their survivability isn’t the strongest. You’ll likely want a decent healer too, to make up for any mistakes.

What they’ll offer though is incredibly high damage to enemy targets, bringing them down much quicker than most of the other available classes.

Hunters use bow and arrows as their weapon of choice. They know to keep distance from their enemy so they can fire at the enemy’s weak point from their own safety.

Hunters can find a place in any team, providing high attack power from range. That range gives them better survivability than Assassins too, though they share the Assassin’s weakness of little support capabilities in battle.

Armed with 2 blades, Gladiators fight on the front lines. The most trustworthy members in a team, they always lead the charge in combat.

The Gladiator is a versatile warrior that’s capable of taking the roles of both tank and damage dealer. It doesn’t deal quite as much damage as the Assassin or Hunter but can tank just as well as the Warrior – albeit with less team support options.

Armed with a huge battle hammer, Warriors can deal fatal blows to the enemy in front of them.

The Warrior is the quintessential tank, capable of absorbing blows that would decimate their fellow teammates. They also offer solid support, disrupting the enemy’s attack and pulling aggro. This comes at a cost though: the Warrior deals relatively low damage, so needs the support of a damage dealing class or two alongside it.

Shamans are doubtlessly the most popular ones in a team. With mighty cohesive force and Heal power, they are also able to summon different totems.

The Shaman is one of two different healing classes in the game, and specialises in supporting their teammates. However, they offer low attack and survival so require a melee unit – preferably a tank – and damage dealers to make up for these weaknesses. They truly shine as part of a team.

Warlocks can control fire element freely and use the force of flame to surround the enemy with a deluge of fire.

Much like the Hunter, the Warlock will fight on the backlines dealing enormous damage to the enemies ahead of them. Their range keeps them safe from most damage, though they thrive with a tank or melee unit taking the pressure off.

Druids are messengers of nature, specialized in shapeshifting and the use of natural forces in curing teammates.

The Druid is a healing and support class that will keep your team alive. They thrive in a team with a tank, though they don’t require it – unlike the squishier Shaman. They will need damage dealers alongside them though, to make up for the low attack power.

A mage is highly talented with the ability to use the power of arcane at will and trick the enemy with ease.

The Mage is a glass cannon, dealing enormous damage from range. They’ll need all of the support they can get, including preferably a tank and healer in the same team to make up for their low support and survival capabilities.