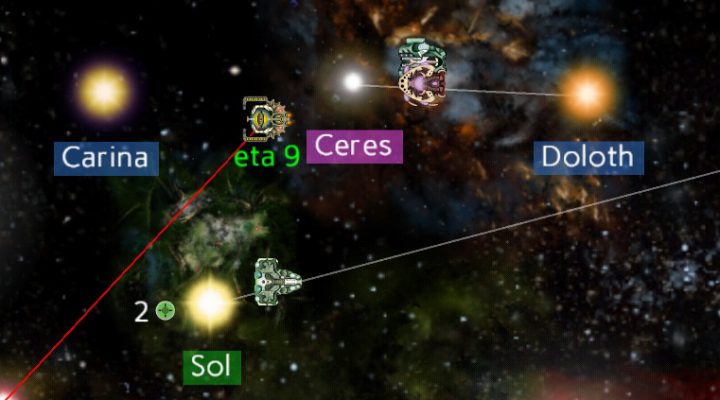 Unless you’re one of the apparently many people who believes we’re headed for one of any number of dystopian futures, there’s a chance mankind will eventually spread out and colonize the stars. If we do, the people who master Uciana could be the human race’s wise sages of lore.

That’s because this 4X sci-fi strategy game lets you take control of either us boring humans or one of five other spacefaring races to see who can establish an empire. The only thing that might hold you back is that Uciana has no dedicated tutorial (though there are walkthrough videos by the devs in its ‘Options’ menu), so we’ve put together our own guide full of tips, tricks and strategies to help you avoid falling on your face while you reach for the stars.

Choose your race and your starting perks

Humans are fine, and we’re quite fond of being them. However, each race in Uciana has its own unique perks that might make you select one over another. 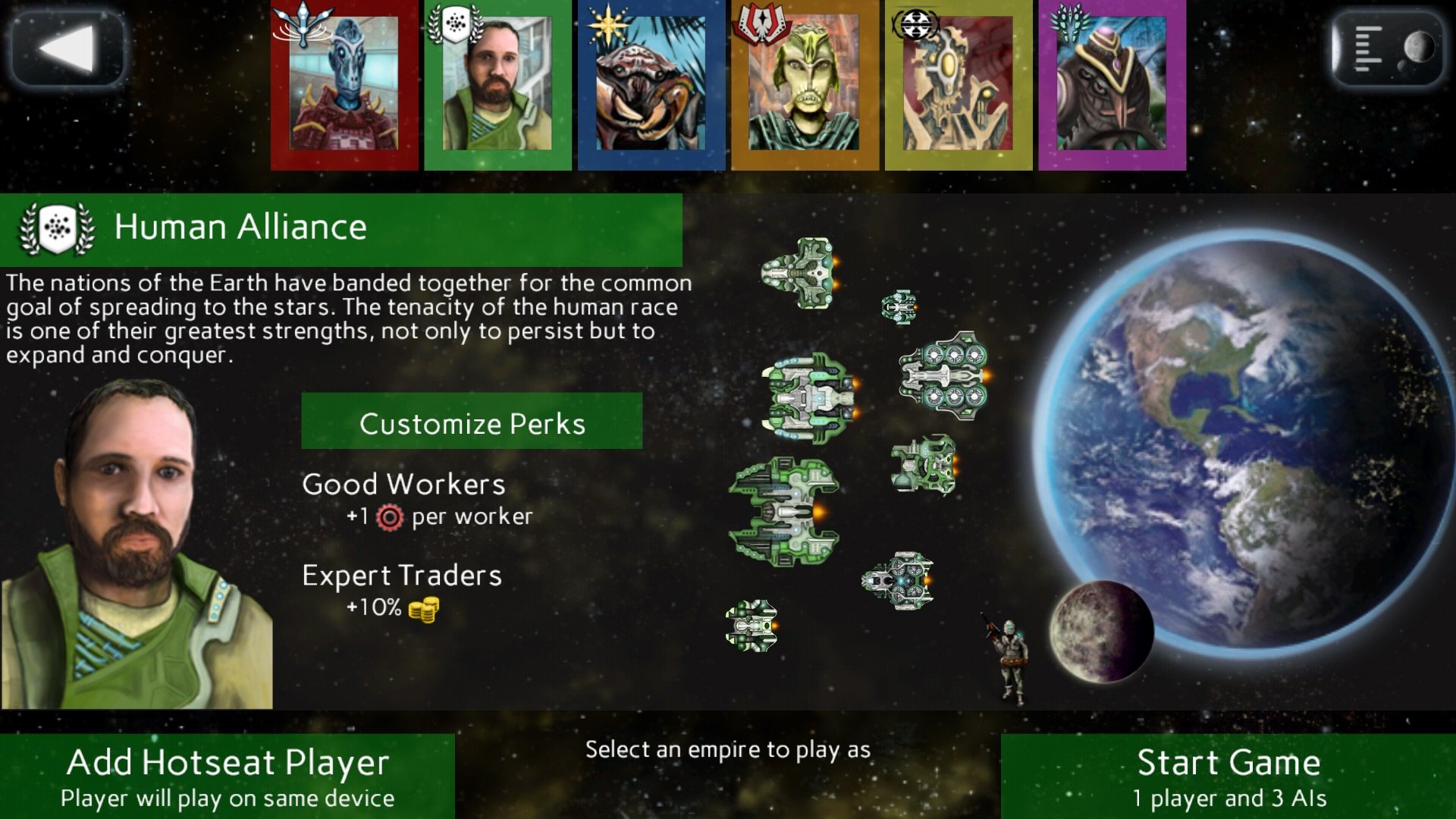 That said, the game allows you to customize what your race is good at. Simply pick the empire you’d like to play, then tap the ‘Customize Perks’ button to pick two bonuses from a list of 10: Good Farmers, Good Scientists, Expert Soldiers, Expert Traders, Content, Good Workers, Militaristic, Population, Expert Targeteers and Defensive.

Note that the AI opponents will use the default perks, so it will still benefit you to learn which race is associated with which perks.

Always be researching and producing

Uciana is a turn-based game, and you can advance to the next turn at any time simply by tapping the button at the very bottom of the game’s main right-hand navigation bar. Or almost any time, since there are two big conditions that need to be met before you advance. 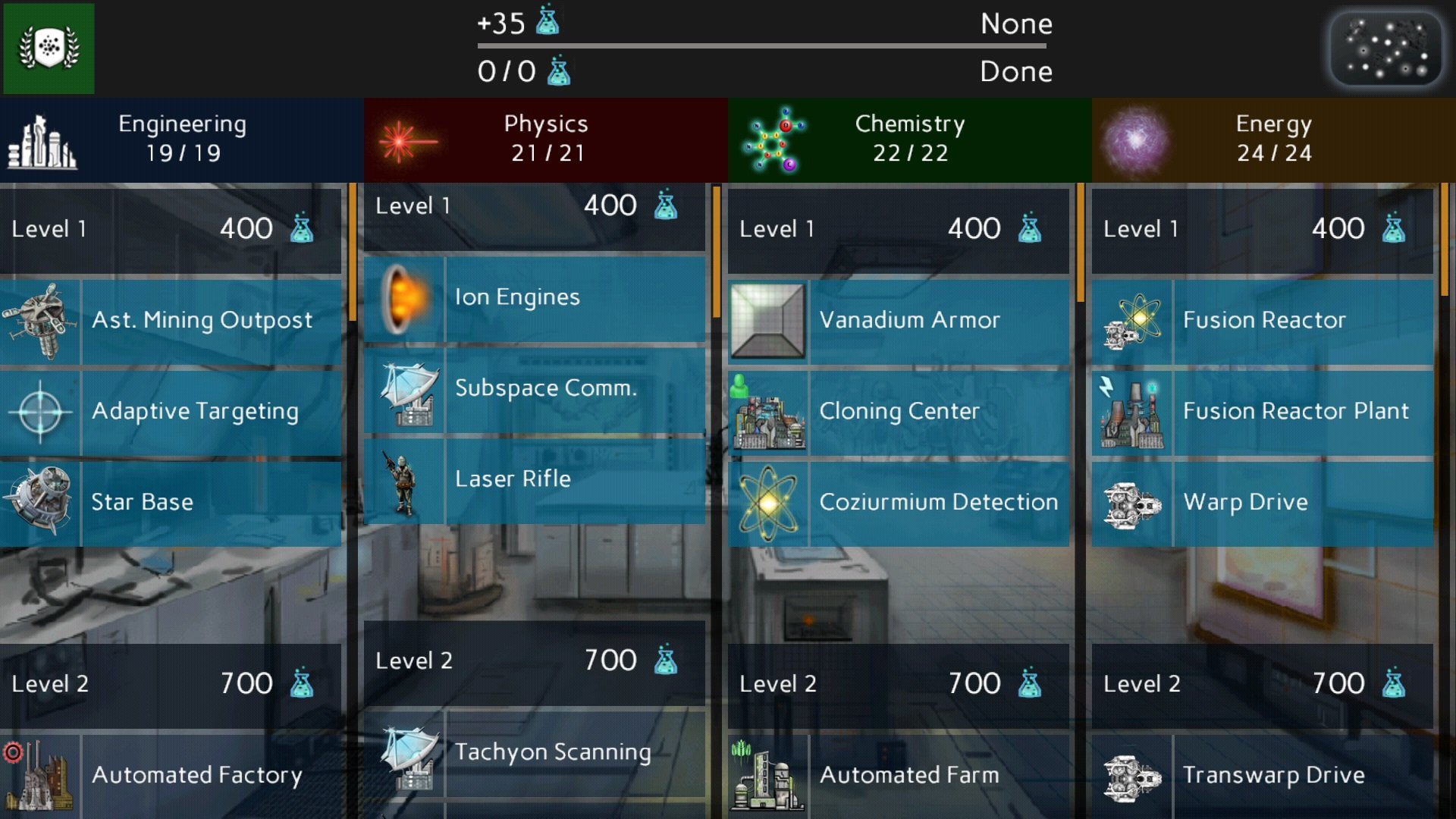 The first condition is that you must be researching something on the tech tree. The tree has four main branches — Engineering, Physics, Chemistry and Energy — each with technologies divided into multiple levels. One tech must be fully researched in a given branch’s level to unlock the next one. You can tap on any eligible tech to highlight it and then tap again to see what you’ll gain by completing it. 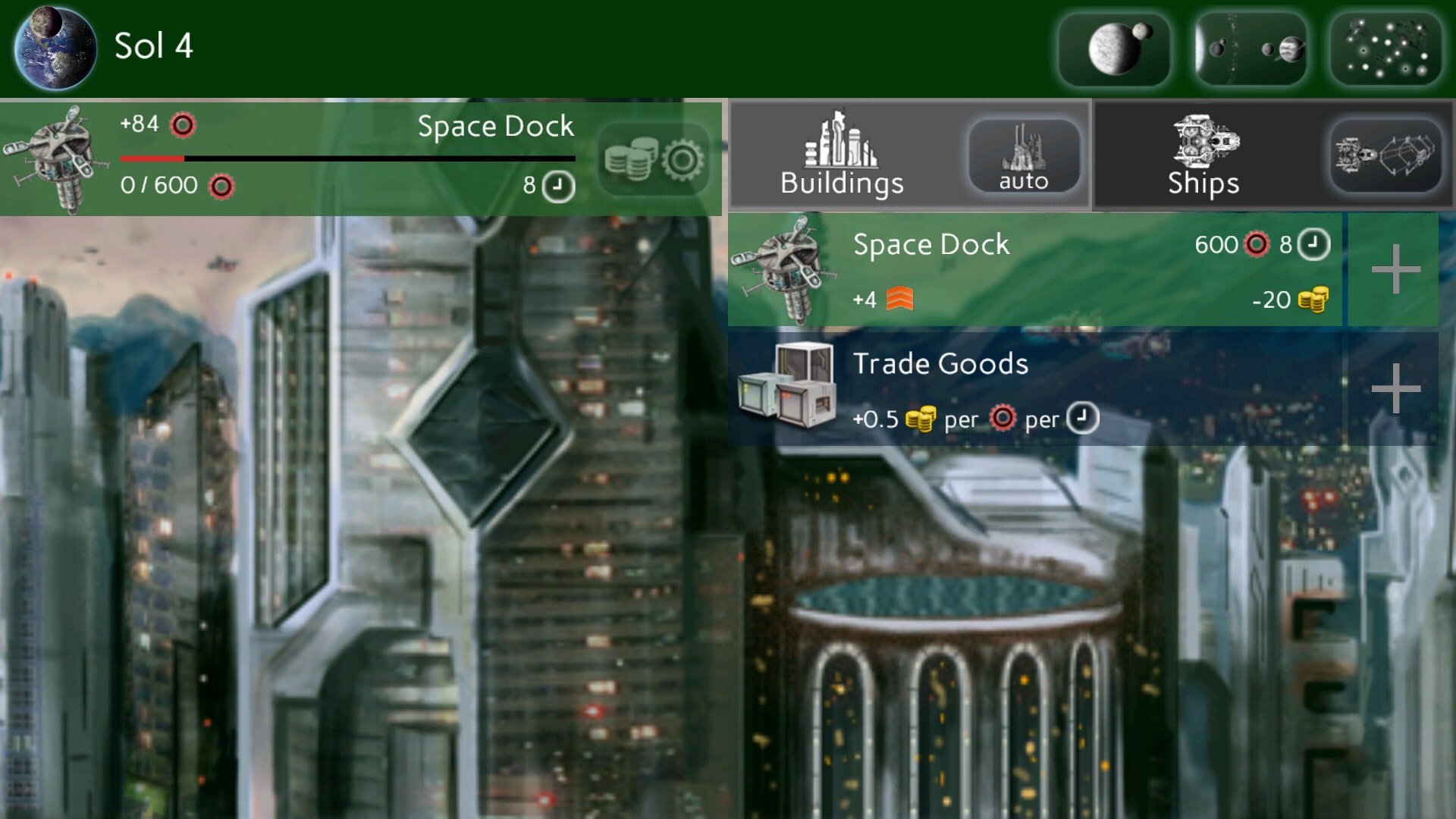 Second, you need to be producing something at each of your settlements, either a Building or a Ship, but only one or the other at any given time. On any settled world, you can switch between the menus for both with just a tap and highlight what you want that colony to work on with another tap. It’s also possible to queue projects so they follow one after the other, or click the ‘auto’ button to have things managed for you.

Bonus tip: You can customize each kind of ship by tapping on the diagram in the ‘Ships’ menu. That goes beyond the scope of this basic guide, but it’s a cool bonus to an already deep game.

What you can do on each turn

Sitting around in your home system is eventually going to lead to you losing the game. You’ll need to head out to other systems and find more worlds to colonize in short order. On each turn, you can select any ship you own and send it to another system within reach simply by tapping on the ship (you can also send multiple ships by grouping them together) and then the destination. You’ll see a green line to indicate the course and an ETA for how many turns it will take to get there.

Once your ships are in a new system, you have two options. If you have a scout with you, tapping the blue icon under any planet in the system will give you more detailed info on what awaits there. If you have a colony ship, you can tap the green icon under any world to build a new settlement there. Remember that other races are out exploring too: If you see a world that says “unexplored,” it means no one has scouted it, while “unknown” means someone has beaten you there and checked it out — and you won’t get any bonuses there might have been there. 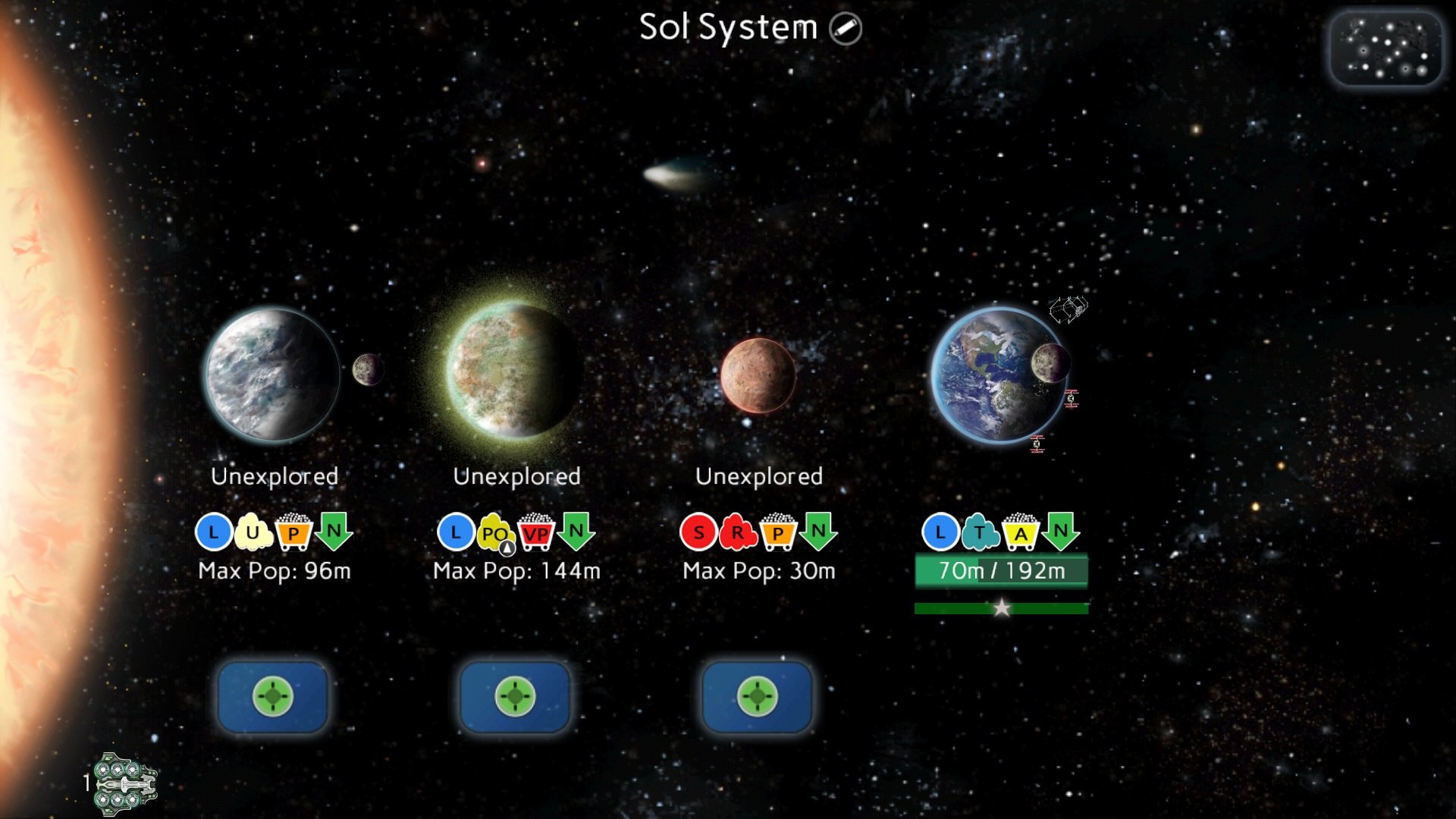 Another thing you can do before clicking that next turn button is to duke it out in combat with one of the other races, but that’s part of our next section.

How to deal with other civilizations

Since you are competing with alien empires for control of the galaxy, you’re inevitably going to come in contact with said empires. Like any good 4X game, Uciana gives you various tools to deal with them, including various diplomatic options and, of course, war. 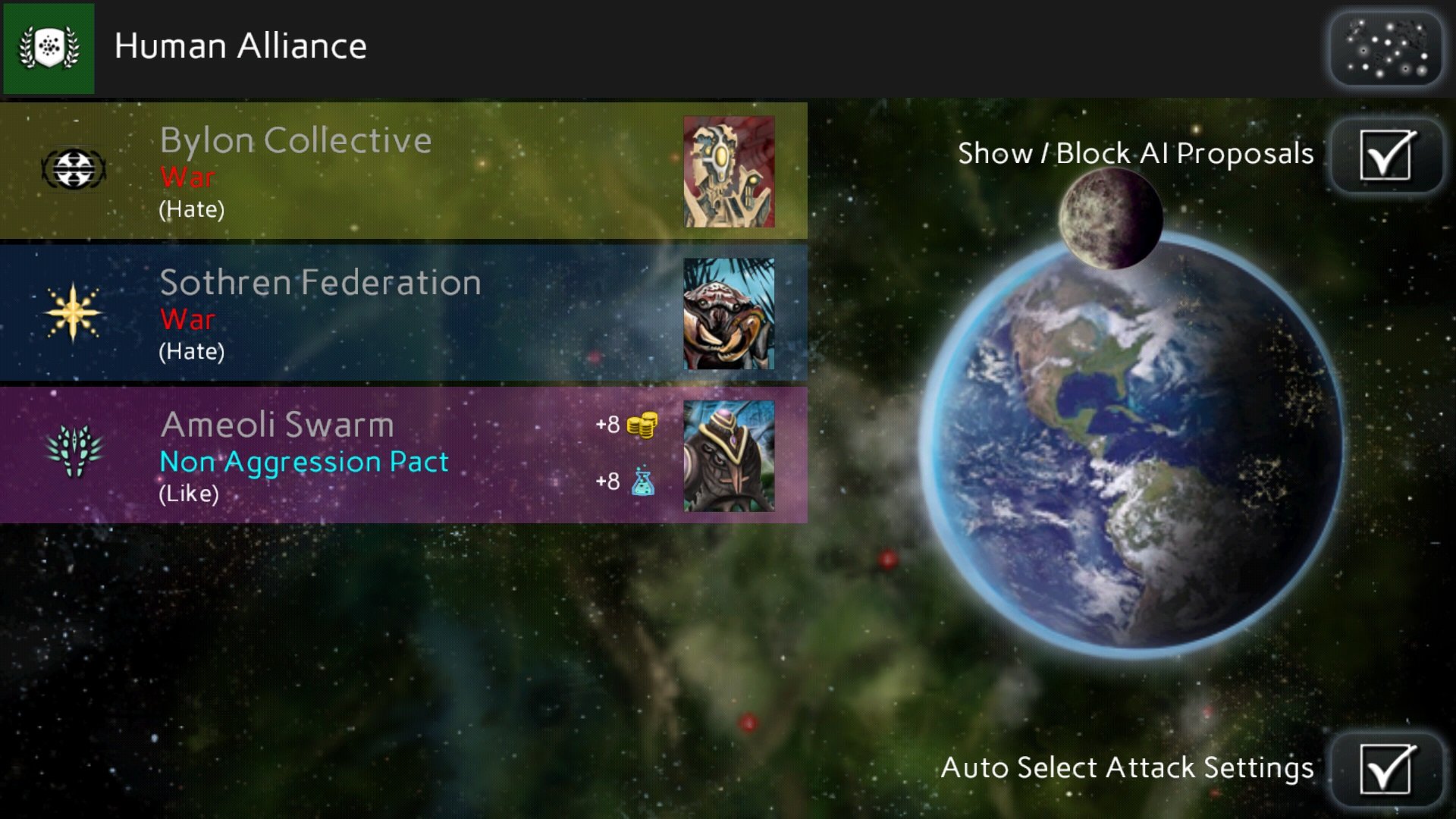 Let’s talk peace first. Tapping the button with the logos of all six races on the main navigation brings up a screen which shows you the current status of relations with all of them. Going deeper into one specific civilization, you can tap ‘Discuss’ to propose treaties or trade proposals, or declare war if desired. AI opponents will respond instantly to your proposals, so you’ll always know where you stand. 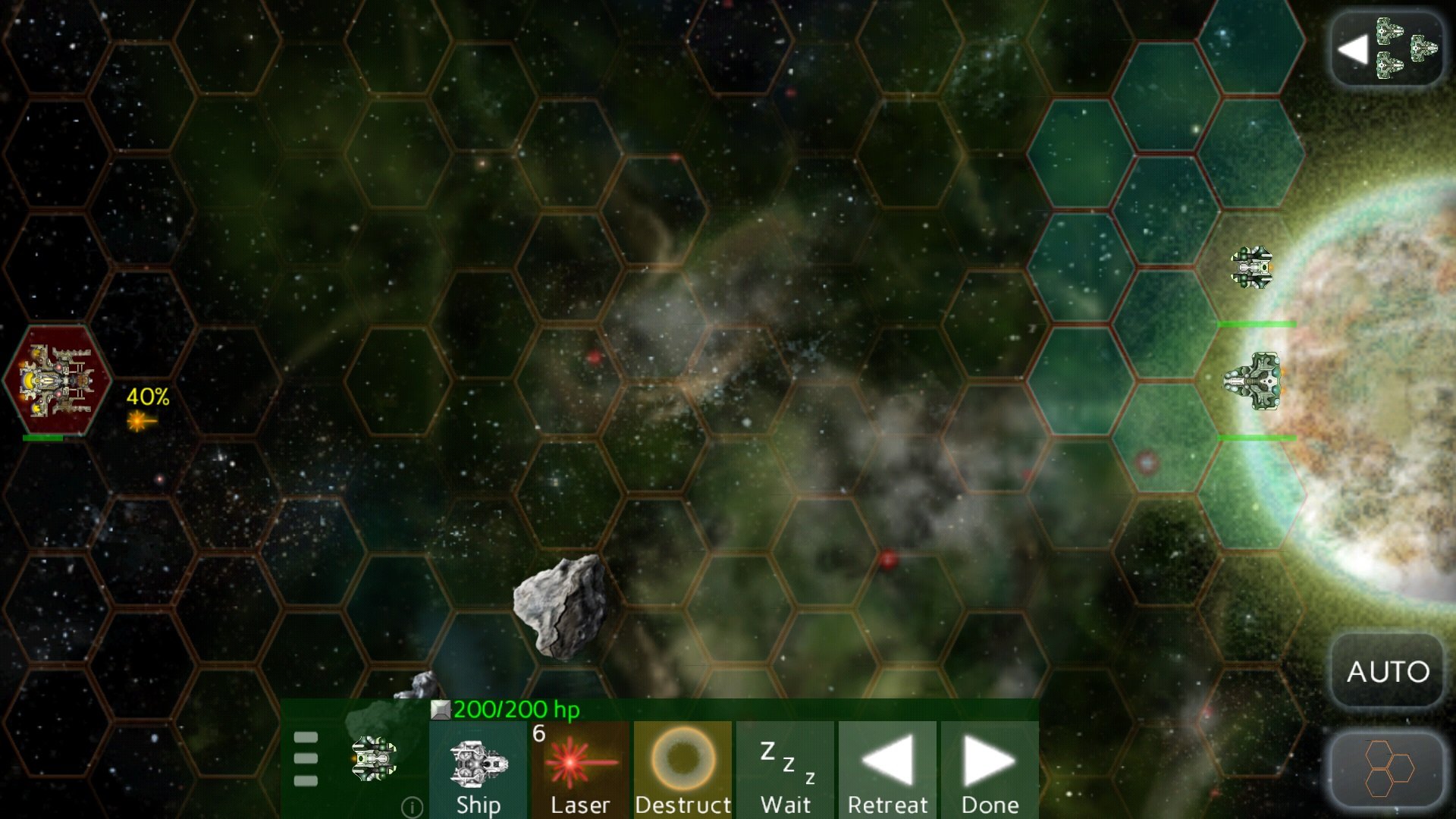 Eventually, the lasers are going to start flying and there will be war. Combat is probably worth an article of its own, but ship-to-ship battles play out on a hexagonal grid and are also turn-based affairs where you can move ships and fire lasers and other weapons. There’s also an ‘auto’ button to let the AI handle combat for you.

There’s a lot more to dig into in Uciana, but these tips should at least give you a solid footing for building a galactic empire. Good luck!