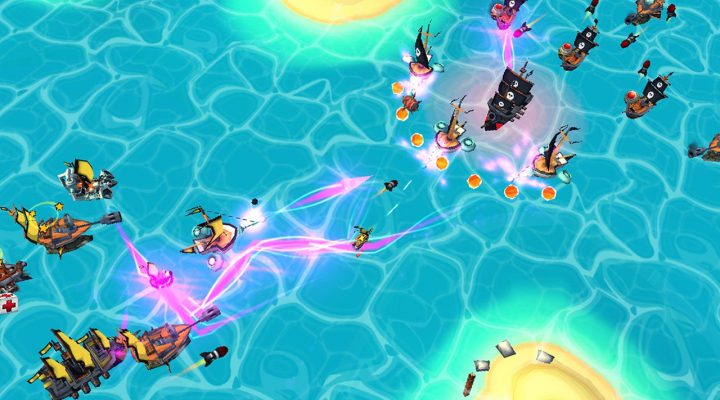 Tropical Wars is a new game from Game Alliance that has players training a koala navy and building up an island base that serves as a hub. Players must strategically outmaneuver their seaworthy enemies in order to achieve victory on the high seas. Our Tropical Wars tips, cheats and strategies guide is here to help new players understand some Tropical Wars combat tactics that will put the wind in their sails. 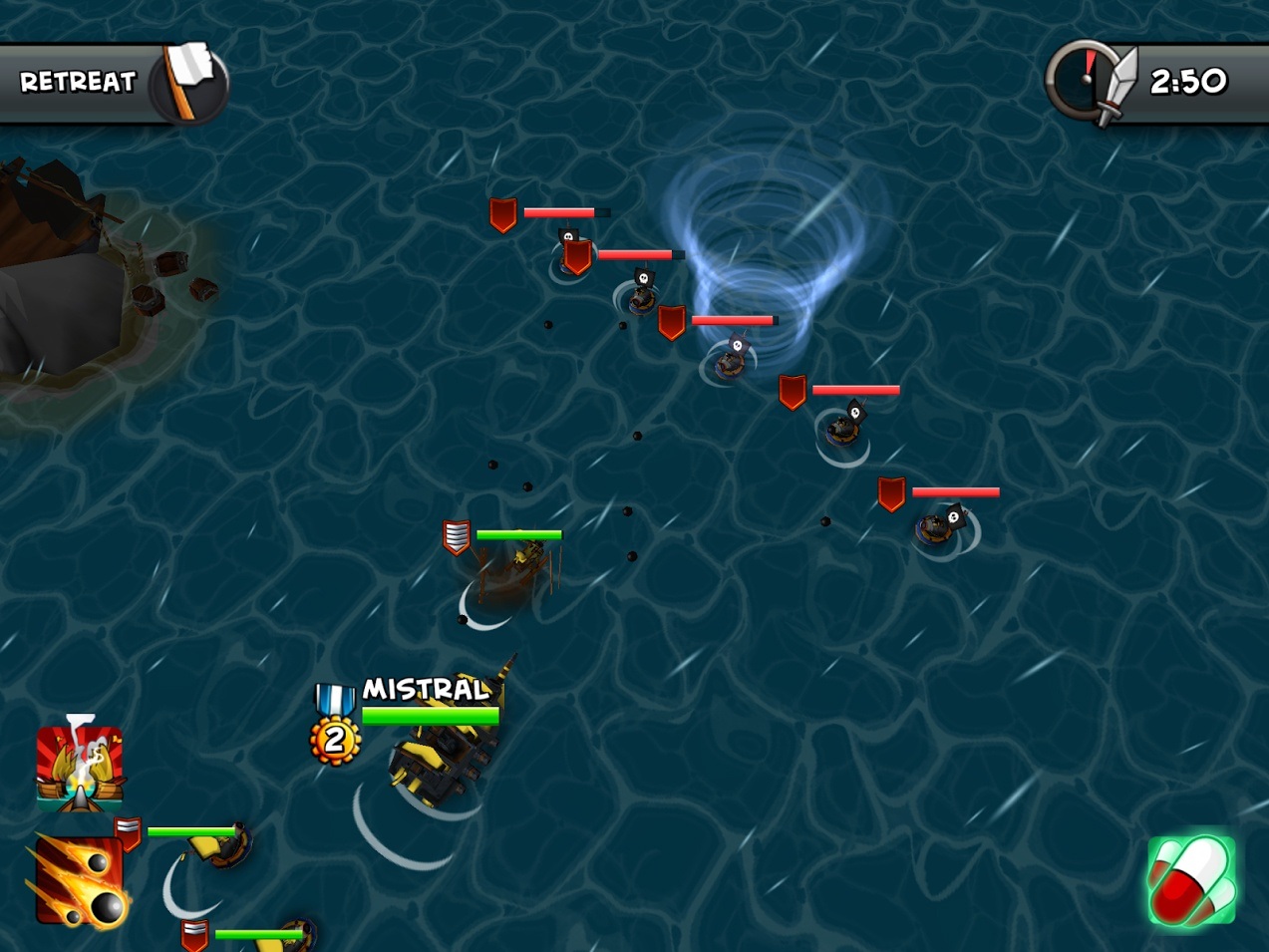 As you play through Tropical Wars, your flagship can be upgraded to utilize secondary weaponry. While the primary cannons will continually fire at enemies when in range, no matter the direction the ship is facing, the secondary (and more powerful) attacks will need to be aimed. How precise that aiming needs to be depends on which cannon type you’re firing.

For example, the first two upgrades the flagship gets are a scatter-shot and a powerful laser shot that can penetrate multiple enemies. The scatter shot only needs to be roughly aimed as it spreads out the further it travels, while the laser shot needs to be carefully aimed for maximum efficiency.

Pick on the Little Guys 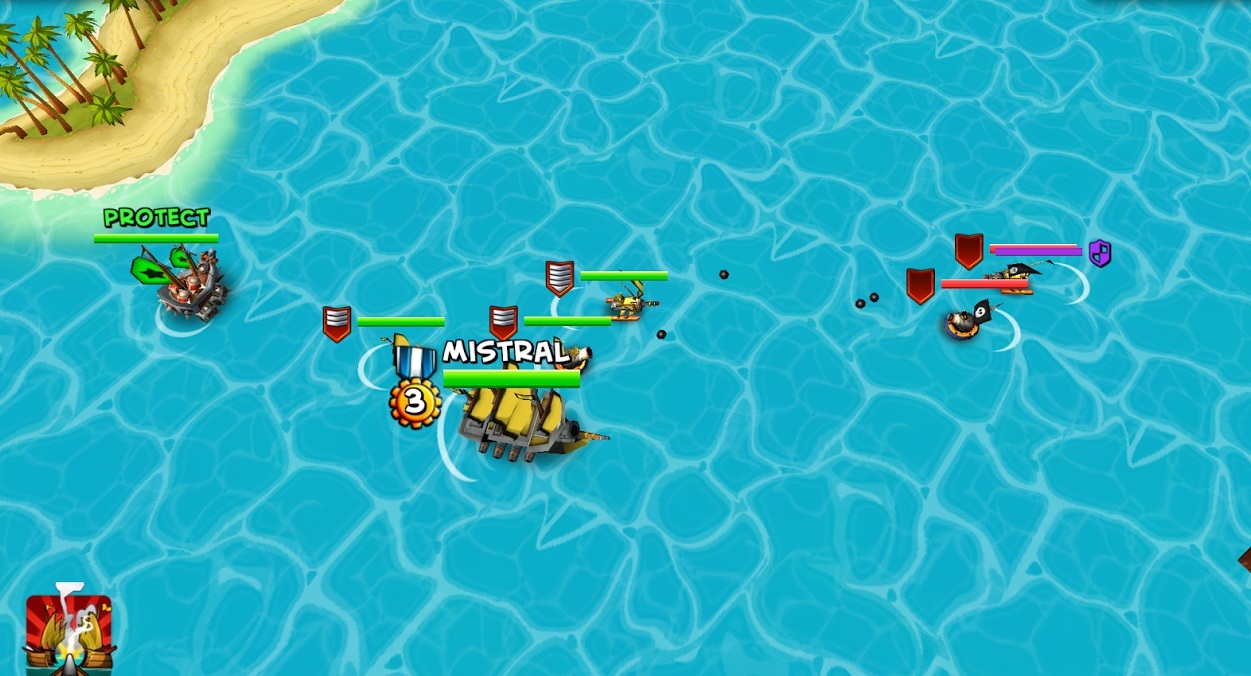 Enemies tend to come in waves, in Tropical Wars. The odds can quickly fall in the enemy team’s favor if the player is not efficient at quickly dispatching enemy ships.

Keep in mind that unless manually directed to, your ship’s artificial intelligence will direct them to attack the nearest enemy vessel. This could mean that when the ship that everyone is focus-firing on is destroyed, your ships on the right flank may begin to attack an enemy vessel that came in from the right, while your ships on the left flank attack a vessel that came in on the left.

Take control of your fleet. Re-orientate them (with a simple tap) to focus on the same target and focus on the weakest enemies first in order to reduce their number (and the amount of damage their doing to your fleet overall) as quickly as possible. 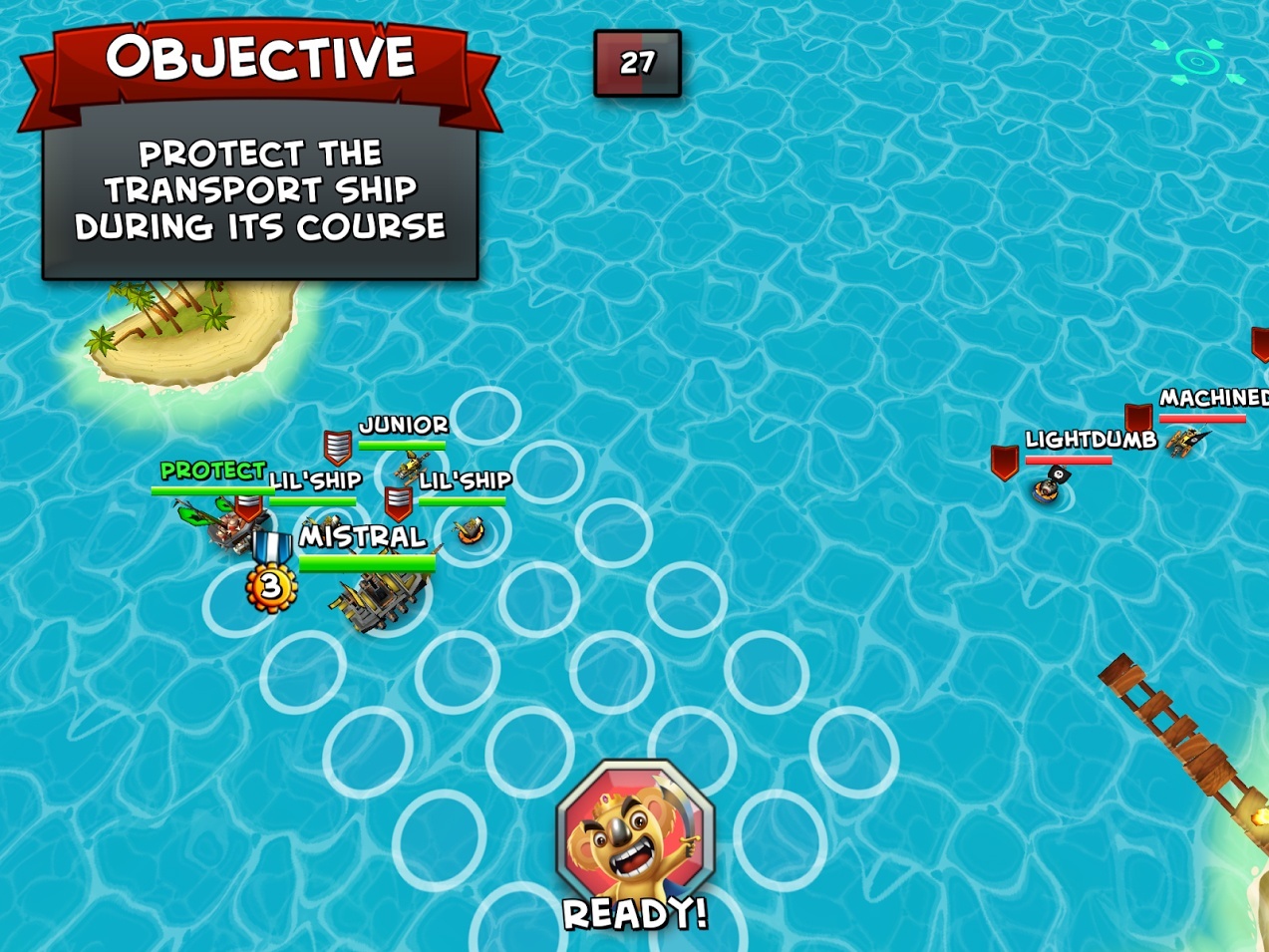 Not every battle in Tropical Wars is a high-seas skirmish. Some missions will require you to defend a particular vessel, while other missions may task you with defending a stationary target like an island.

It is crucial that you always take a few moments before hitting the “ready” button to analyze your position, the enemy’s revealed position, and your objective. Making some strategic adjustments before the battle can greatly help you achieve victory in your mission.

No Sleeping on the Job

One of the oddest mechanics in the game is that your workers on your island base will fall asleep if left alone for too long. They will stop gathering resources and pass out for a snooze right where they were standing. Players must log into the game and tap their worker’s icons in order to wake them back up. While this mechanic feels like complete overkill (since you already have resource caps based on storage capacity and account level) it is part of the game, so if you want your workers operating as efficiently as possible, be sure to make sure they’re all not sleeping on the job.