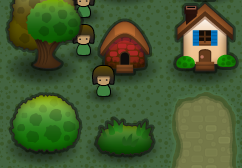 Welcome to the Triple Town quick start guide on Gamezebo. Triple Town is a unique match-3 game developer by SpryFox, and is currently available for Facebook, Google+, iPhone, iPad, and Android. Construct a town by matching three or more like items to create something new – but watch out for the bears! Gamezebo’s quick start guide will give you all the tips, tricks, and instruction you could ever need to start your new career in match-3 city planning. 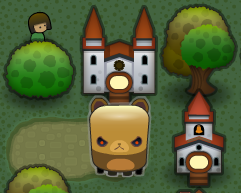 Matches starting with a bear

Saving items for future use

Clearing Spaces with the Imperial Bot

You’ve just completed Gamezebo’s quick start guide for Triple Town. Now you should be all ready to dive into the exciting world of match-3 city building, and start working your way towards the coveted Triple Castle. Be sure to keep reading Gamezebo for more news, reviews, and guides for all of your favorite games!