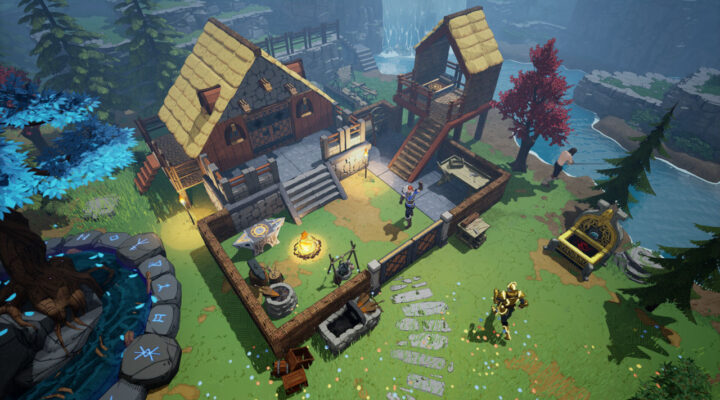 Not quite making as much progress as you’d like in Tribes of Midgard? Little strapped for cash? Well, that’s where our Tribes of Midgard shift codes list comes into play. In this guide, we’ve rounded up the latest codes that you can redeem in-game. Do so and you’ll earn free stuff that will help you progress without spending a dime.

Tribes of Midgard is a survival game that challenges you to explore procedurally generated worlds. You gather natural resources on land and in sea, crafting items that help you survive. Then, you can battle foes, collecting loot that will help you to level up and battle even more powerful foes.

If you want to learn more about Tribes of Midgard, check out the official site. Or, if you fancy something new to play, check out our Tiny Tina’s Wonderland shift codes, Zold:Out Global codes, and WWE SuperCard QR codes.

Still got questions about Tribes of Midgard? Confused about what codes are? Well, we’ve answered all questions you may have below.

What Is Tribes of Midgard?

Tribes of Midgard is a survival adventure set in the Viking age. You’ll battle enemies, gather loot, and level up. Then, you’ll collect natural resources and build stuff to help you survive for longer.

How do I Redeem Tribes of Midgard Shift Codes?

You can also follow the official Facebook and Twitter accounts, or join the Discord. Developers usually hand out codes over social media, and even hand out different codes on each platform. So it’s worth following all of the above to ensure you never miss anything.A list of active and expired Tribes of Midgard shift codes that you can redeem in-game for freebies, including redemption instructions.

How To Get Gems In Car Factory Tycoon