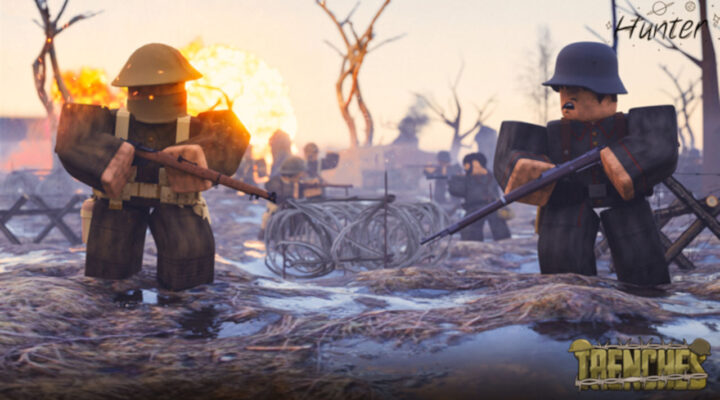 Aren’t the best things in life free? Well, why not introduce that sweetness to your favourite mobile game, by grabbing one of the Trenches codes below. These alphanumeric combinations shower you with a wide variety of free stuff in-game, allowing you to progress just that little bit faster without spending a dime. The best part? We regularly scour the internet for new codes, so if you bookmark this page and check back frequently, you’ll never miss out.

Trenches is a Roblox game that plays quite similarly to Battlefield. You participate in large scale 25v25 third person battles, which are based on WW1 trench warfare. It features recreations of many of the battles from that period, and sees you level up to unlock new weapons and strive to take over the battlefield.

You can learn more about it on the official Roblox group. If you’re looking for more freebies, check out our Anime Adventures codes, Anime Fly Race codes, and AU: Reborn codes.

There are no expired codes at present.

Now, we’ll answer a bunch of questions you might have about Trenches or codes in general.

How do I Redeem Trenches Codes?

Redeeming codes is very simple in Trenches. Just follow these steps to get your freebies:

If you’re determined to go it your own way, you can follow the official Twitter, or join the Discord to occasionally get codes directly from the developer.

Trenches is a Roblox game that whisks you off to historic battles from the first world war. You battle other players in large scale 25v25 warfare, levelling up and unlocking new weapons along the way. If you love shooters like Battlefield or Call of Duty, you’ll adore Trenches.