Home / Walkthroughs, Tips, Cheats / Transformers: Forged to Fight – How to Get 4-Star Characters 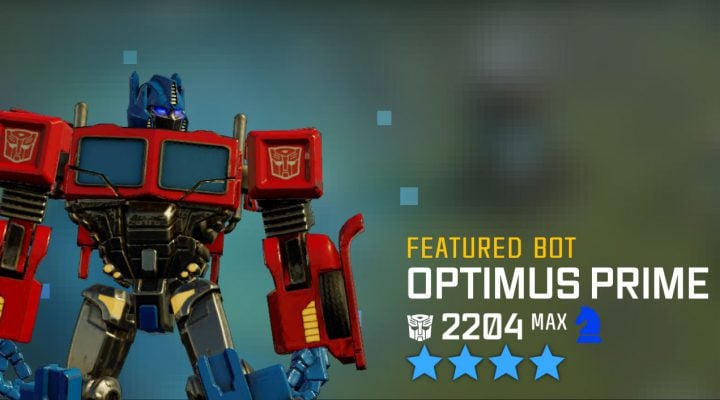 One of the best aspects of Transformers: Forged to Fight is that the developers at Kabam’s Vancouver studio found ways to make every character useful. Even lowly 1-star bots can be pressed into service defending nodes at your base or running away missions to gather resources.

Still, we know you want the good stuff, the best of the best. Currently, that means 4-star bots (we’re sure 5-star bots are coming at some point in the future), the heaviest hitters in Forged to Fight.

They’re also extremely difficult to acquire, especially when you’re first starting out in the game. But it’s not impossible to secure 4-star Transformers, as you’ve no doubt seen some lucky players with these powerful bots already in their possession.

Here’s where to start your hunt:

Get Lucky With a Premium Bot Crystal 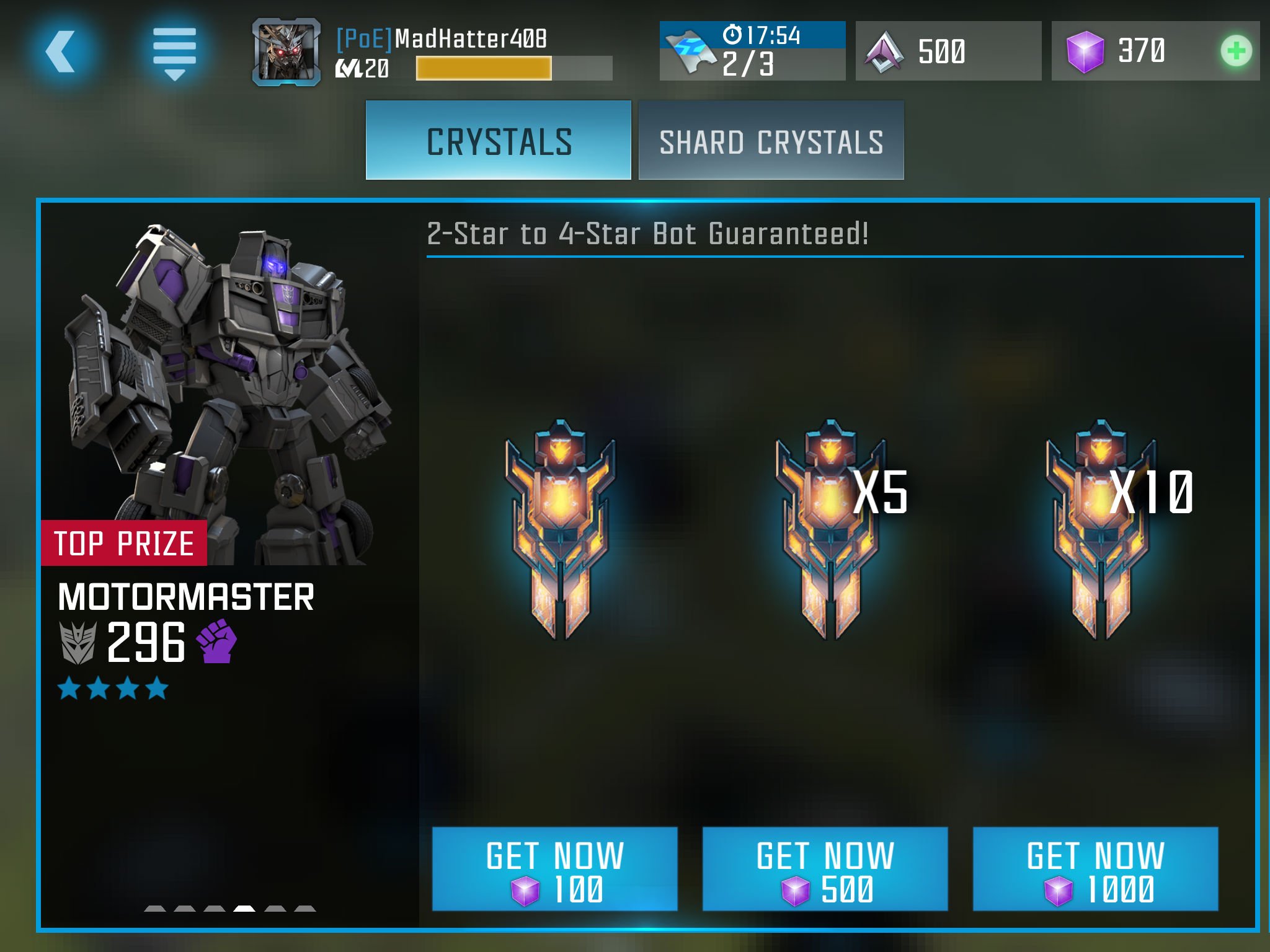 For just 100 Energon, or by saving up the proper number of shards, you can open up a Premium Bot Crystal that guarantees you a 2, 3 or 4-star bot. Obviously, you’re at the mercy of the random number generator/gacha gods, so if you know any prayers to offer up to them, it’s probably not a bad idea.

Jokes aside, you’re going to see a lot more 2-star bots in these crystals than you will four-star, but keep at it, as you’ll also have plenty of opportunities to open them if you simply keep playing.

Win Them in Special Arenas 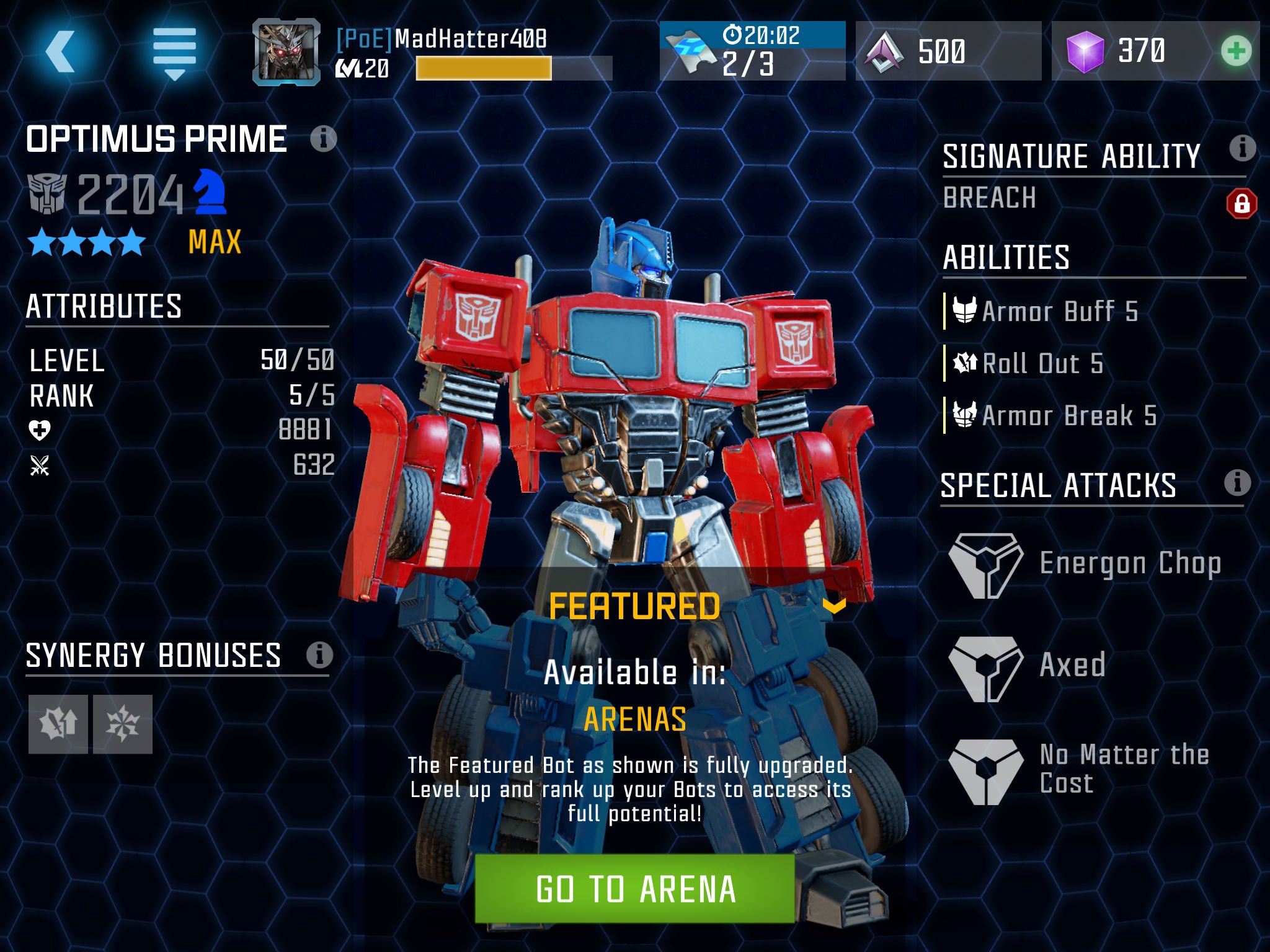 If you’ve spent any time playing the Arena mode in Transformers: Forged to Fight, you’ve probably noticed that there are several different arenas active at any given time, each with their own bot requirements and prizes. Keep an eye out for ones that require 3 and 4-star bots because they often have four-star characters as prizes.

There’s a caveat though: to win a 4-star bot, you’ll usually need to finish toward the very top of the overall leaderboard. That means a pretty big time investment since you’re competing against other Forged to Fight players all over the world. So we’re not saying it’s impossible, but .,. for most gamers, it’s not very likely.

Save Up 4-Star Bot Crystal Shards from Alliance Events 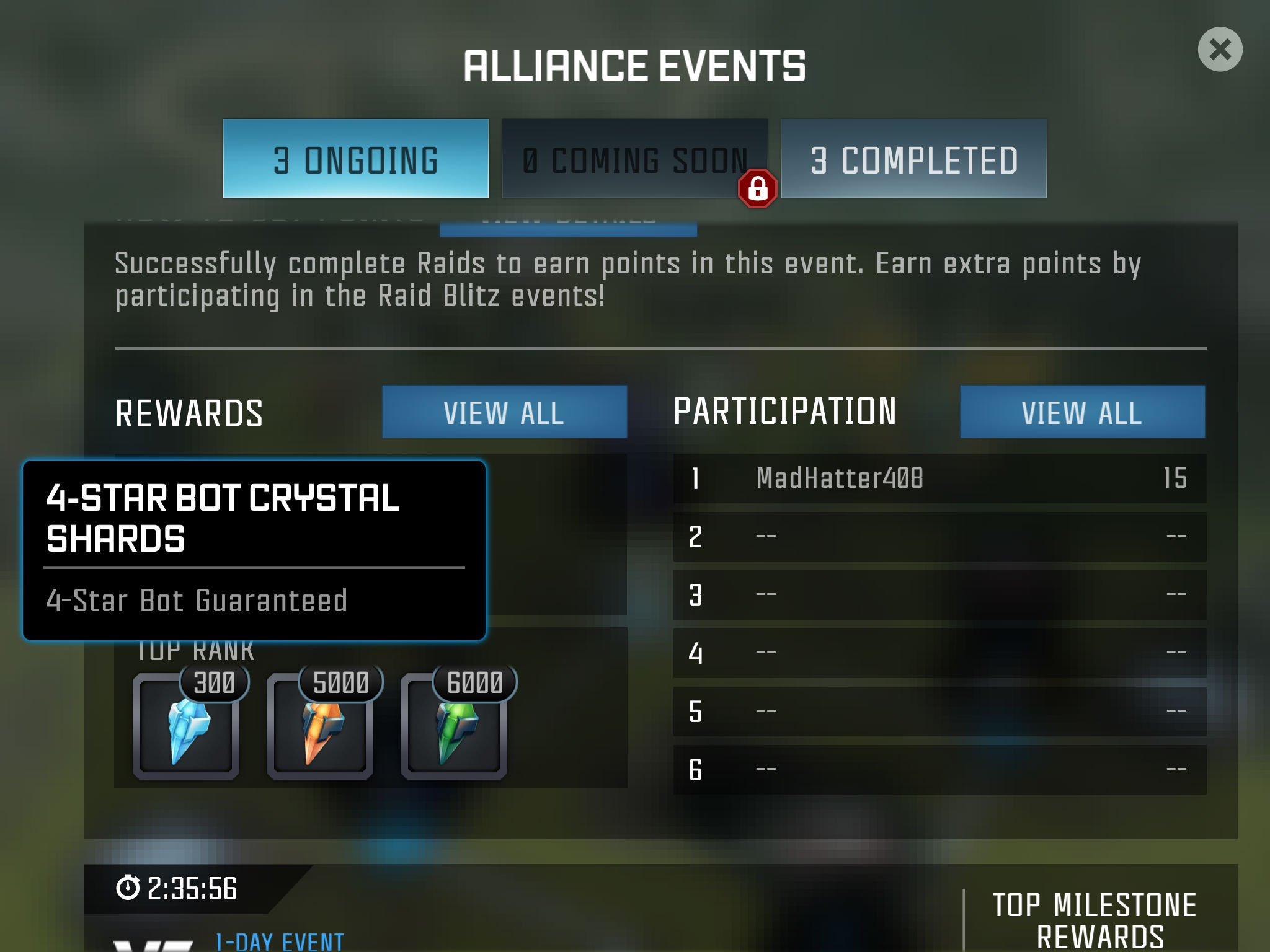 Hopefully you’ve joined an active alliance, because that might be your most reliable way to grab a 4-star bot. Joining an alliance allows you to take part in special Alliance Events, which can last one day, three days or a whole week. The 7-day events look like they will feature 4-Star Bot Crystal Shards as prizes — but again, there’s a catch.

The shards are rank prizes, not milestone awards, which means your alliance needs to finish in a certain percentile range to earn them. For example, at the time of this post, a 7-day “Raid Ascent” event is going on, and any alliance finishing in the top 10 percent will grab at least 75 4-Star Bot Crystal Shards for participating members (as in, you actually need to contribute points during the event to earn the reward, which makes sense).

How many 4-Star Bot Crystal Shards do you need to save up to guarantee a 4-star bot? We’re not sure since we have yet to earn any ourselves, but it’s probably a lot: figure on 1000, at least, based on other crystals.

It won’t be easy, but at least now you know what you have to do to get your hands on the most powerful (for now) Transformers in the game.