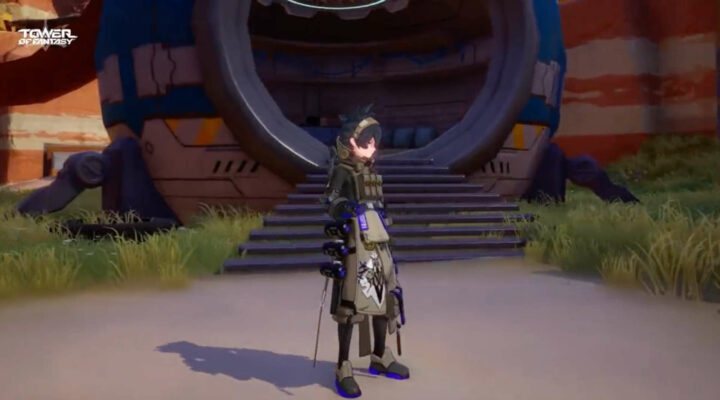 Just unlocked Zero and not sure where to start? Our Tower of Fantasy Zero build is here to help you. In this guide, we help you pick the best gear to equip Zero with, as well as provide you with a look at how he plays. We’ll also teach you the basics of his chosen weapon, and showcase the skin that you can unlock.

Tower of Fantasy is a Genshin Impact-like gacha RPG that provides you with a wide-open fantasy world to explore, a bunch of characters to collect, and a myriad of challenges and secrets to uncover. If you like Genshin, gacha, and RPGs, it’s definitely worth checking out.

Given that Tower of Fantasy has just arrived, we’re still putting together our thoughts on best builds for each of the characters. However, we will update this guide as soon as we’ve spent more time with it, so make sure to bookmark it and check back soon.

Zero is a child genius who wields the power of fire. He can attack from a distance, place walls to block enemies, and support his allies in a variety of ways. He’s a great choice for those that like to play as casters.

Where Can I See Some Zero Gameplay?

If you head on over to the official Twitter account, you can see a look at Zero fighting and using various abilities.

Zero fights with the Negating Cube, which turns damaging fire into a variety of handy shapes to annihilate his foes.

How About Zero’s Abilities?

We haven’t unlocked Zero yet, but we’ll update this article as soon as we know more about his abilities.

Does Zero Have Any Other Skins?

Absolutely. You can unlock the skin pictured below when Zero achieves star level three.