Tournaments in Jurassic World Alive: Everything you need to know 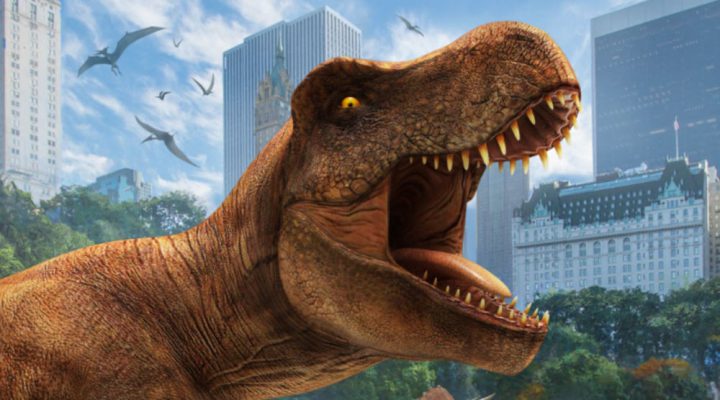 One of the more unique facets of Jurassic World Alive is that you aren’t just catching dinosaurs, you’re taking them into battle as well. Unlike other augmented reality games like Pokemon GO that added battles after launch (and even then, in a very limited fashion), Jurassic World Alive has had something akin to PvP right from the start.

What we mean by that is while you don’t fight directly against other players, you do put your team of dinos up against teams created by other players. It’s a form of asynchronous PvP that is more common in strategy RPGs on mobile. In any case, the system of climbing the leaderboards and trying to keep battling your way into higher arenas by earning trophies is about to change, because Ludia announced that it is overhauling this system and adding Tournaments very soon.

At launch, the leaderboard system made players concentrate on getting to the top arena and staying there, and there was a maximum amount of trophies (5,000, if that matters to you) anyone could earn. Once you made it to the Jurassic Ruins, which took 4,000 trophies, the object was simply to stay there and earn rewards for doing so.

Tournaments will change that equation by making you battle your way up on a more regular basis. While we don’t know all the details yet, here’s what we know so far.

Tournaments will be seasonal

This is almost undoubtedly the most important change. Instead of a single, eternal leaderboard. Tournaments will work in seasons of a constant length, making them more like the PvP modes in many other mobile games.

Obviously, this change is being made to keep players engaged in PvP as it will not allow anyone to rest on their laurels. Speaking of which …

Trophies will be rest for Tournaments

If you’re one of the most hardcore Jurassic World Alive players who has done the impressive amount of work it takes to get to 5,000 trophies, congrats! You’re also the most likely to be upset that trophies are going to be reset for Tournaments.

Ludia understands what you’ve gone through, though, and won’t let you go into the new mode empty-handed. The devs have promised to reach out individually to all players with 3,500 trophies or more to give them one-time rewards before Tournaments enter the game. That should help take some of the sting out of the initial reset, and then having resets at the end of each Tournament Season will just be an ongoing fact of life that we’ll all get used to over time — and again, it’s pretty familiar since it happens in many other mobile games.

Cheating will not be tolerated

In the same blog post linked to above, Ludia acknowledged the fact that some players had been cheating Jurassic World Alive by spoofing, or making the game think they were physically located somewhere other than where they actually were. Spoofing is against the game’s Terms of Service, which could lead anyone doing it to having their accounts banned.

That said, Ludia offered cheaters an amnesty deal that expires on Aug. 14. Just know that Tournnaments are likely to make the developers even more cognizant of anyone looking to cheat the game, so if you have been doing something improper (which we do not endorse!), the best idea is just to come clean now.

We’ll have plenty more useful info on Tournaments in Jurassic World Alive once they go live. In the meantime, please be sure to check out our other guides, including how to create hybrids and how to get more Cash for free.