Home / Walkthroughs, Tips, Cheats / Touchgrind BMX 2 guide: How to do every trick

Touchgrind BMX 2 guide: How to do every trick 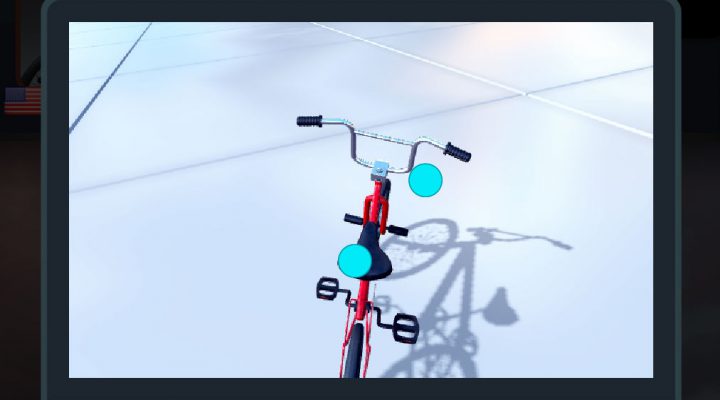 Not many of us have the blend of youth, fearlessness and athleticism to ride fast and pull off cool stunts on a BMX bike. Fortunately, Touchgrind BMX 2 is the next best thing, as it lets you do just that using only two of your fingers.

Boasting great graphics, a host of customization options and the ability to easily save replays of your best runs and most impressive moves, it’s a game that can easily suck you in even if you aren’t normally a big BMX or action sports fan. But the key to big scores is being able to pull off and string together tricks, and even if you don’t know a barspin from a tailwhip, our Touchgrind BMX 2 guide will help you figure out those and many other tricks and pull them off with just a bit of practice.

To ride your bike, all you need to do is put two fingers on it: one on the seat and one on the handlebars. You can use any two fingers, but the second and third are the easiest pairing.

Steering is also easy. While keeping both fingers on the bike, just drag the one on the handlebars in the direction you want to turn.

The final basic maneuver you absolutely need to know is how to catch and land a trick. Doing so simply involves getting your fingers back on the handlebars and seat while they are squared up to the ground and holding them steady. Depending on the trick you are doing, this can take a little practice, and you will crash on occasion. But it’s an important skill, and one that will get easier over time.

The first level of tricks all require you to quickly slide one or both of the dots and then catch the trick when possible.

Note that you can also pull off variants of these tricks just by sliding harder and keeping the spin going longer before landing the trick. For a double barspin, for instance, just slide the dot faster and wait for the front wheel to do two complete rotations before landing it. 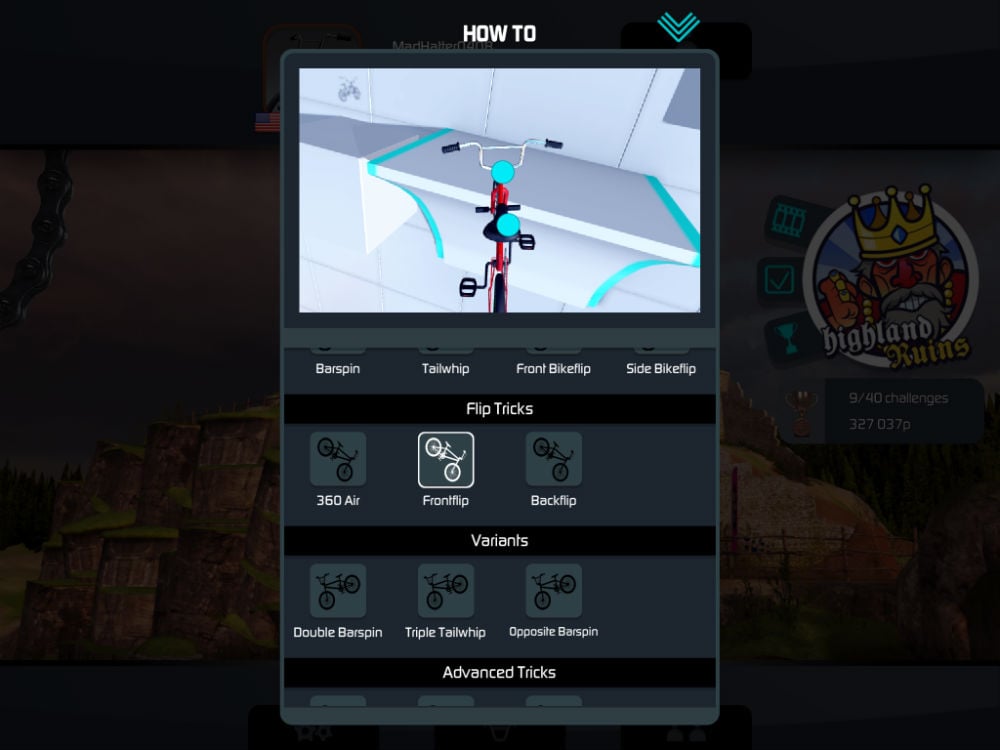 Slightly more difficult tricks, these need careful timing as you not only slide the dots but then quickly return them to their original positions instead of letting a finger or fingers off the screen. 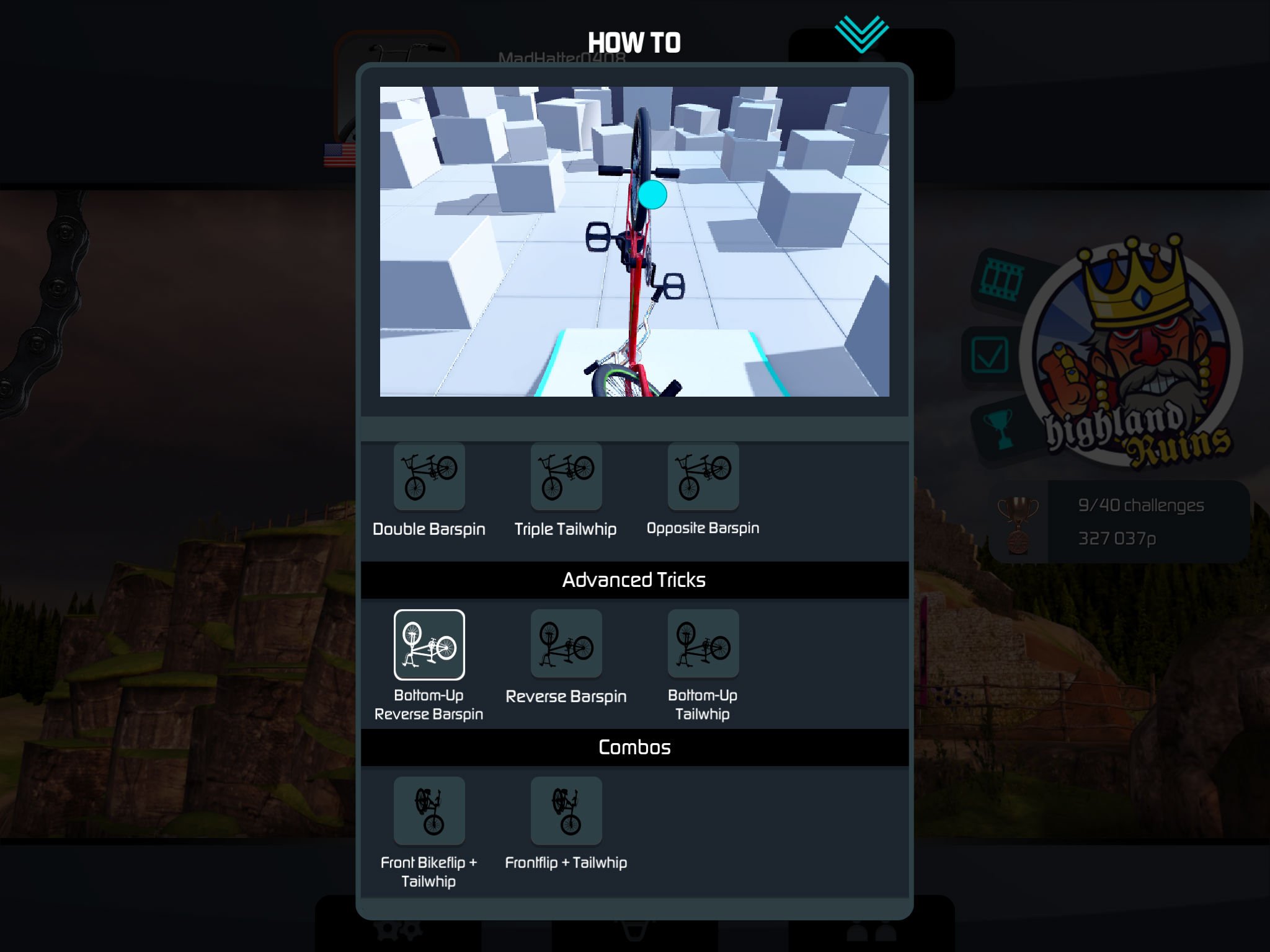 These multi-step tricks are generally best done off the bigger ramps, as you need some pretty decent airtime to pull them off.

A word on combos 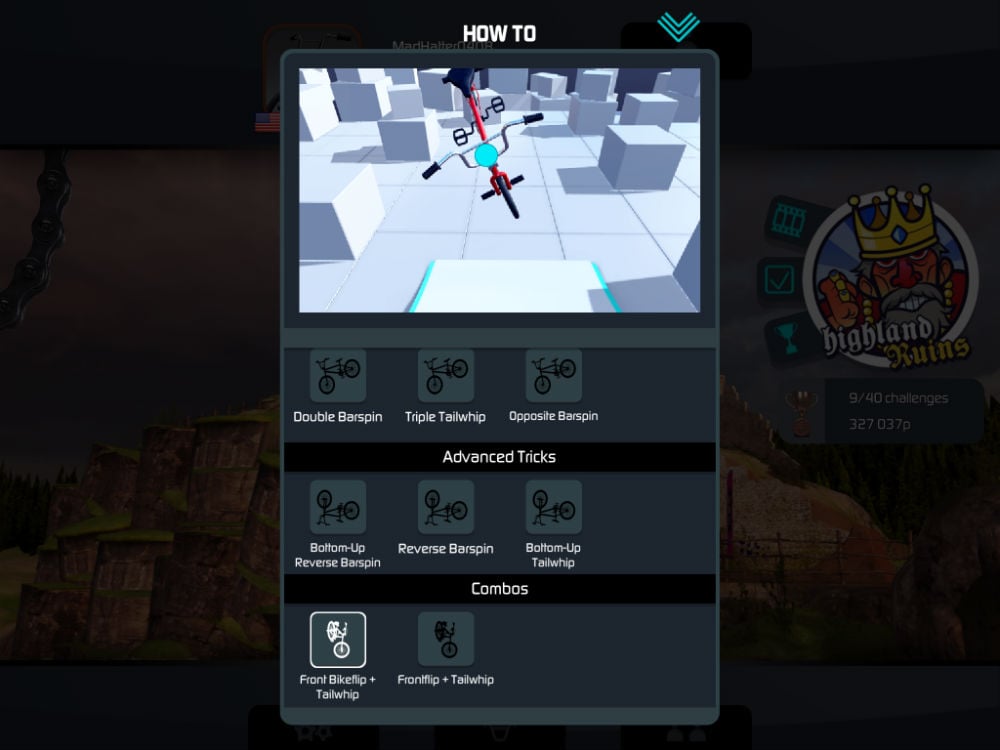 Almost any two tricks can be strung together on the same jump to form a combo. Touchgrind BMX 2 itself recommends starting with these two.

You’re bound to discover your own combos as well just by messing around and trying different basic moves one after the other, so don’t be afraid to experiment. Good luck!