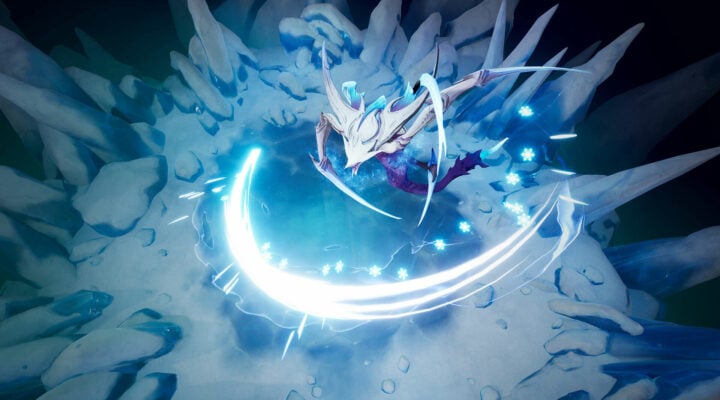 Torchlight Infinite is nearly upon us, so we thought we’d help you out with the game’s most important question: which class should I play? Well, to help, we’ve together a complete list of Torchlight Infinite classes that you can peruse at your leisure.

Wait, you haven’t heard of it? Well, Torchlight Infinite is an upcoming free-to-play spin on the classic ARPG. It launches simultaneously across mobile and Steam in October 2022, and sees you play as one of five different characters. These include the Frostfire, Spacetime Witness, and Commander, amongst others. The class system is pretty open though, allowing you to build your own character from 24 different talent trees and over 230 unique skills.

You can learn more about Torchlight Infinite on the official site. If you’re a fan of games like this, we recommend checking out our Eternal Kingdom Battle Peak classes, Octopath Traveler: CotC characters, and Vampire Survivors characters.

Okay, let’s take a look at each of the Torchlight Infinite classes that you can select from when the game launches. We’ll include all of the information you need, including their class, character name, and more.

The Commander is the pet class in Torchlight Infinite. You can summon robotic warriors that will fight on your behalf, as well as whack enemies with a massive hammer.

Moto, a dwarf, is the Commander classes’ character, dressing in flowing robes with an electric-themed design.

Here is the official description for Moto:

Moto walks to the blackboard to write his name for the class, but could only reach the very bottom of it. Darn it! \n Moto stretches his arm to finally finished the last character. One of the down side of being a dwarf is to live with all the normal race height furnitures in the school. Laughter lasted the entire time till he finally finished writing his name. But Moto isn’t mad about the laughter at all. He brings out a small Ember Mech bird from his pocket, slowly winds it up, releases his pinching fingers. The noise is paused at once, all eyes glued on the mech bird taking off from his palm in to the air, just like a real one.

These are some of the skill trees you can use when playing the Commander in Torchlight Infinite:

Divineshot is your ranged class, who fights with a variety of ranged weapons including dual pistols and bows. You can fire ammo of a variety of different elements, which will come in handy when trying to take advantage of elemental weaknesses.

Carino, the dark and stormy human, is the Divineshot classes’ character, dressing in a long coat with bullets strapped everywhere.

Even for a thin dinner, Carino lays down a clean table cloth with his silverware to serve himself in royal manner. Carino no doubt lived a lonesome childhood being a Hermann. After the fall of Hermann Empire, he held strong to his believe in justice and fought along his journey after leaving Dusk City, a sorrow place that was stripped away from all hopes.

These are some of the skill trees you can use when playing the Divineshot in Torchlight Infinite:

The melee-lover’s class, who gets stuck right into the fray, dealing, and soaking up, an enormous amount of damage. If you like to see enemies exploding around you while your HP bar barely moves, this is the class for you.

Rehan, a bald human so muscular that Conan the Barbarian would run off in fear, is the Bererker classes’ character, and they barely wear anything but a few armour plates here and there.

Here’s the official description of Rehan:

Son of Uhtred, chieftain of Varagon, Rehan’s the last survivor from the Varagon Expedition. Grew up under tremendous pressure and hardship, Rehan lived no better than any low lifes. \n When Rehan started to think he’ll never get his father’s approval, chieftain of Varagon himself reached out to his son, and Rehan hesitated. The recognition from his father that he had been longing seemed to be at hand… But Uhtred didn’t take a blink to care about his own son, he commanded surrounding Agitos to trap Rehan under a spell. \n As ember energy start to bleed into every nerve and vein inside his body, endless dreadful howling echos the hall…

These are some of the skill trees you can use when playing the Berserker in Torchlight Infinite:

Love playing mages in action RPGs? Well, the Frostfire is the class for you. This class wields fire and ice as a weapon – often in unison – and specialises in dealing high amounts of AoE damage from a safe distance.

Gemma is the classes’ character, wearing rock-like armour, and wielding a staff, sceptre, or the elements themselves.

Here is the official description for Gemma:

Gemma is born in the respected Cesar Family known for their thermal energy mech technology. Yet her fire element infused mechanic arm and a heart transplanted from a disqualified was the doing from her father trying to save her from a family rival’s dreadful attack. Such modification not only modified her body, but also her fun-living spirit into a blood-thirst battle maniac.

These are some of the skill trees you can use when playing the Frostfire in Torchlight Infinite:

The Spacetime Witness is like a combination of the Frostfire and Commander. It’s a mage, capable of dealing solid AoE damage, but can also summon pets to assist. Its attacks are time-focused, so expect to disrupt your foes and enhance your allies.

Youga is the classes’ character, and is very science-y in nature. Wielding a staff, and covered in scrolls and potions, this is a dream choice for fans of spellcasters.

Here’s the official description of Youga:

Youga scratches his messy spiky hair couldn’t be more confused. You got the wrong person dude. I’m not some chief mage, if I were, why would I put up this kind of hasty magic show on street? As soon as he realized he’s not getting out of here alone, he flicks countless petals in the sky. The soldiers all charges their spears at him, plunged right into his chest, lifting him off the ground. Not a second of screaming, Youga’s body flattens into a life sized painting of Arminius the Great’s portrait. Only the painting has a huge wobbly pig nose on Arminius the Great’s face.

These are some of the skill trees you can use when playing the Spacetime Witness in Torchlight Infinite:

But that’s going to do it for our Torchlight Infinite classes list. Make sure to grab the game via the links at the top of this page, check out our related content in paragraph three, and bookmark this page to check back soon to learn more.