The Walking Dead: Road To Survival Tips, Cheats and Strategies 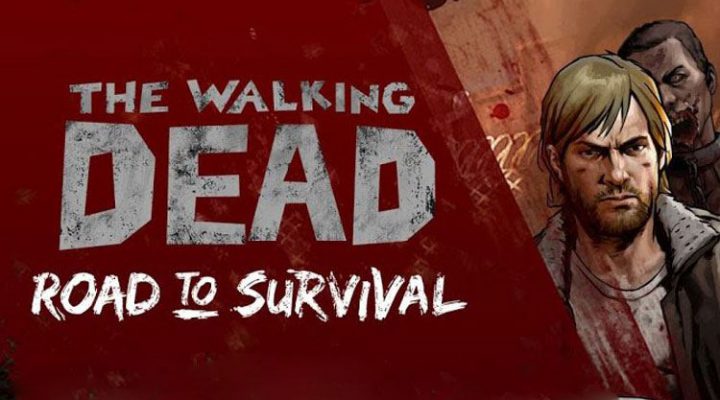 The Walking Dead: Road to Survival is a new turn-based RPG from Scopely. The game gives players a team of survivors and the chance to carve out a small town amidst a rampaging zombie apocalypse. But zombies are not the only threats that players will face; other A.I.-controlled survivors (and other actual players) will be more than eager to steal your supplies and leave you for dead. 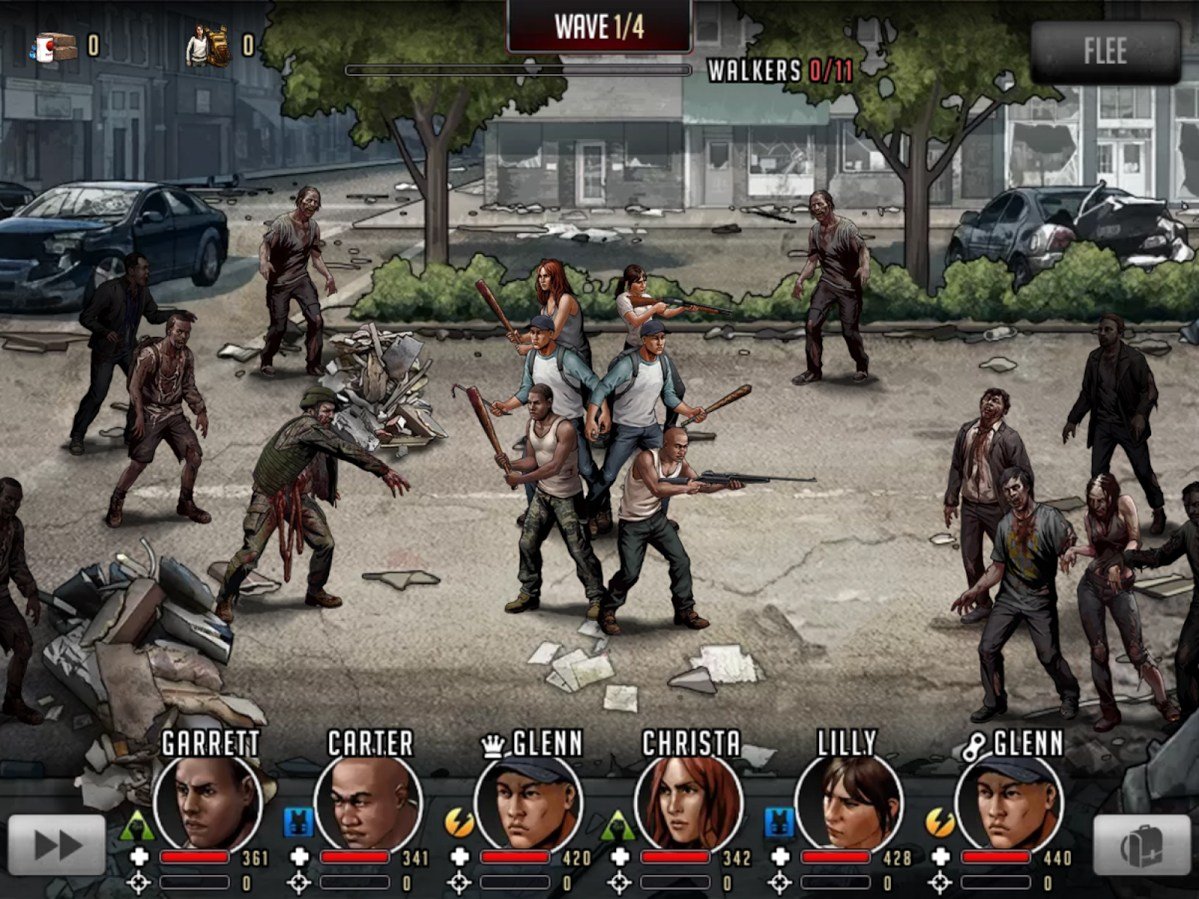 When fighting zombies, always go for the closer ones first. The zombies will gradually shuffle closer and closer to your survivors, but will not be able to attack until they are within arms reach. When facing a swarm of zombies, prioritize the ones that will come into contact with your characters first, and just keep a watchful eye on any zombies lurking in the background.

This tactic only works against zombies though; when you’re fighting other humans, each enemy will be able to attack whenever it’s their turn, so long as they have not been incapacitated. 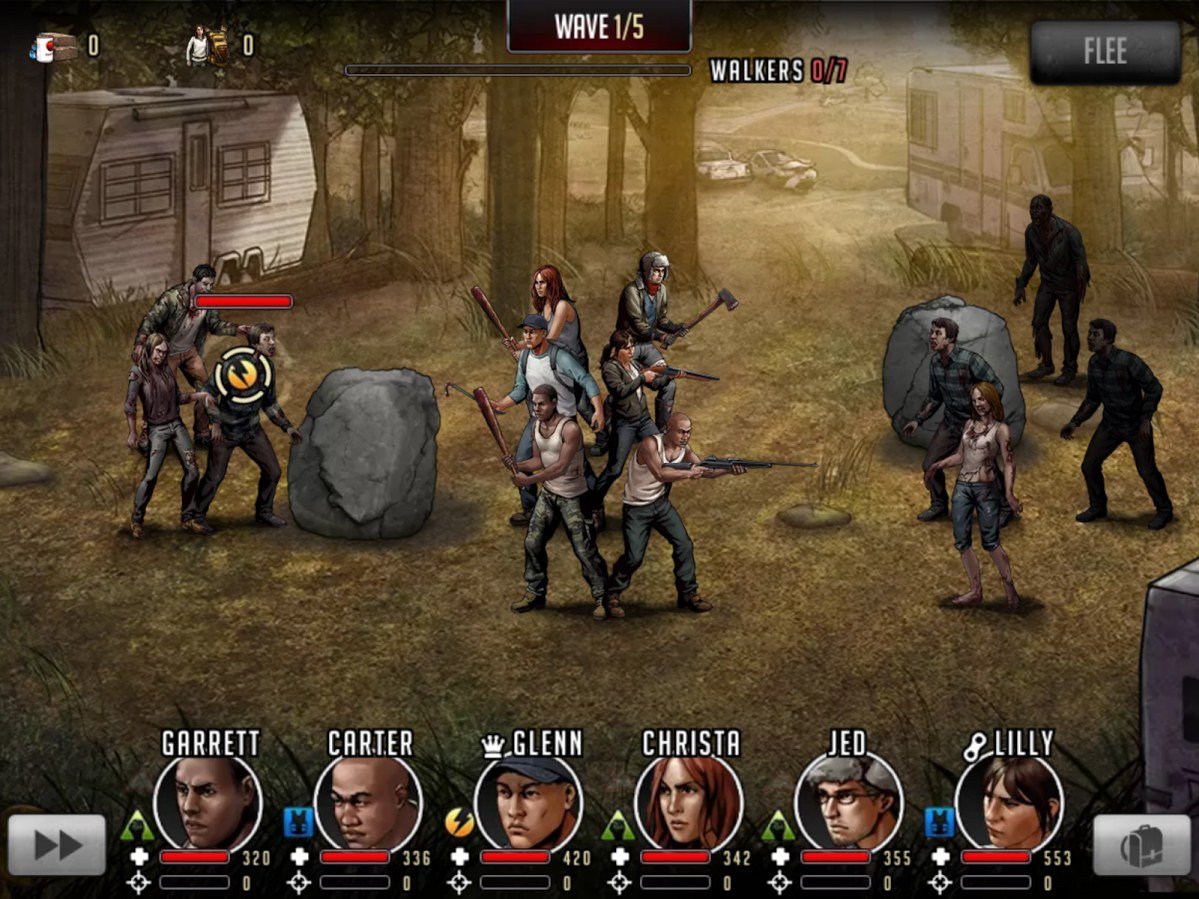 Another great zombie slaying strategy is to look out for shorter obstacles. These obstacles block the zombies and force them to go around if they want to get to your survivors. Using melee attacks against a zombie behind an obstacle is useless, as your attacks will always miss. However any survivor with a gun can still hit zombies on the other sides of barriers. Use that knowledge to your advantage when it comes time to thin the zombie herd. 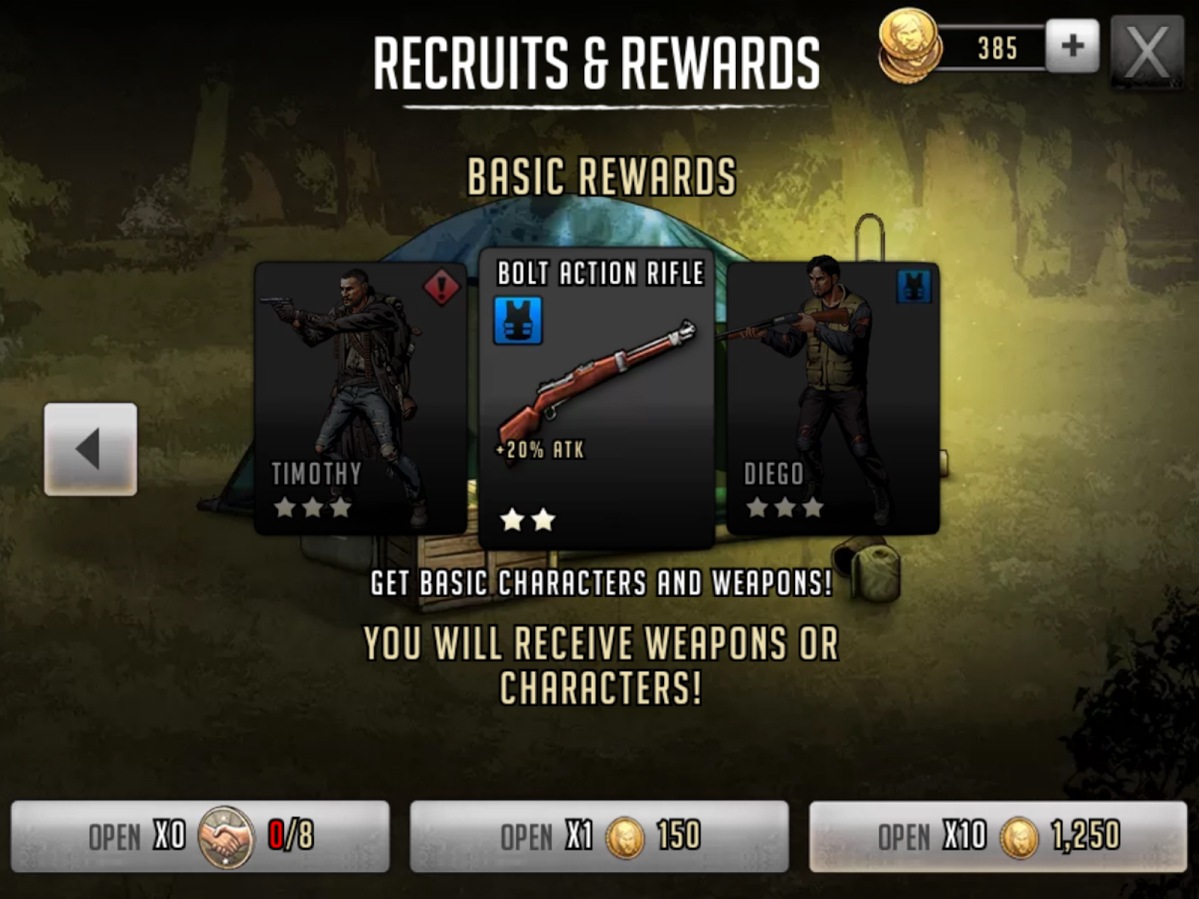 There are many achievements and missions that award players with special tokens, which in turn can be used to unlock some very helpful gear and powerful characters. Frequently check the Missions tab to see if you can claim anything, and keep an eye for any alerts on the recruitment button. That will alert you to the ability to collect something new for free.

After using your free rolls, take the items and survivors that you obtained and decide to either equip them or recycle them to making your existing team stronger. Upgrade and level up your main squad of survivors to ensure that when it comes time to kill zombies — and other survivors — it’s your team who comes out on top. 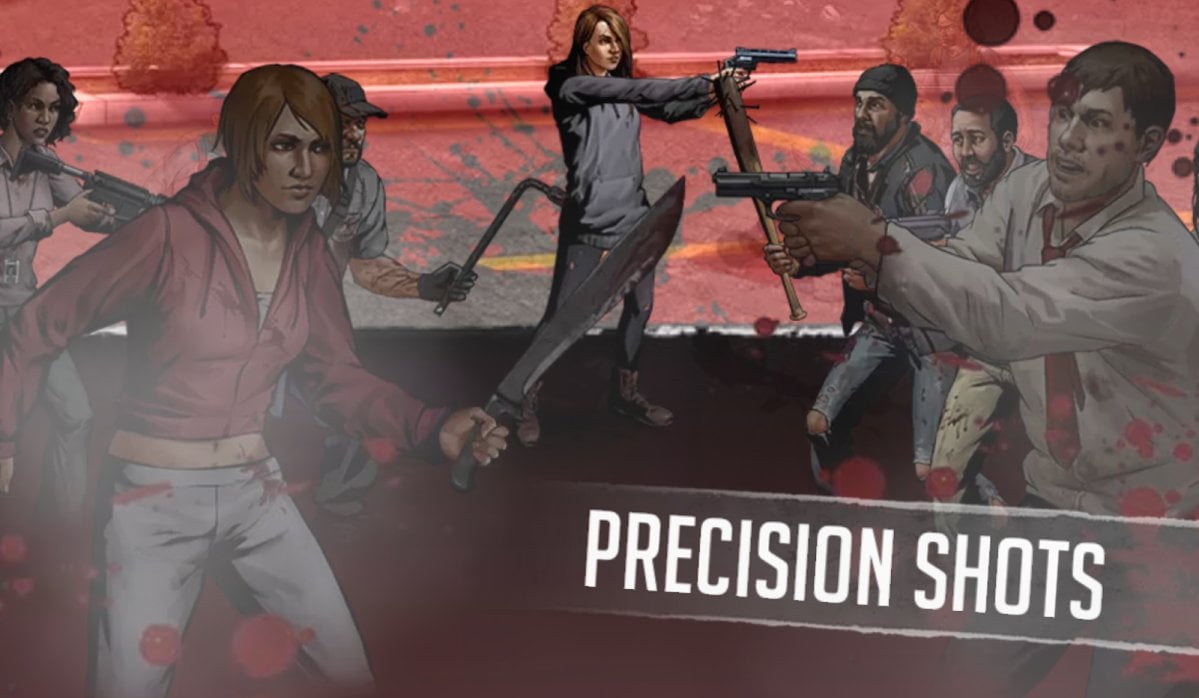 Every character has special abilities that power up as they deal and take damage. Each character’s is slightly different, though they typically fall under the same few categories. Some characters like Glen offer buffs that reduce incoming damage and increase offensive abilities for the entire squad. Other characters, like Sandy, have special abilities that can hit multiple targets at once.

Pay attention and learn who has what abilities — then learn when to use them. For example, you wouldn’t want to utilize Sandy’s special ability if there is only one zombie left standing. That would be wasteful. 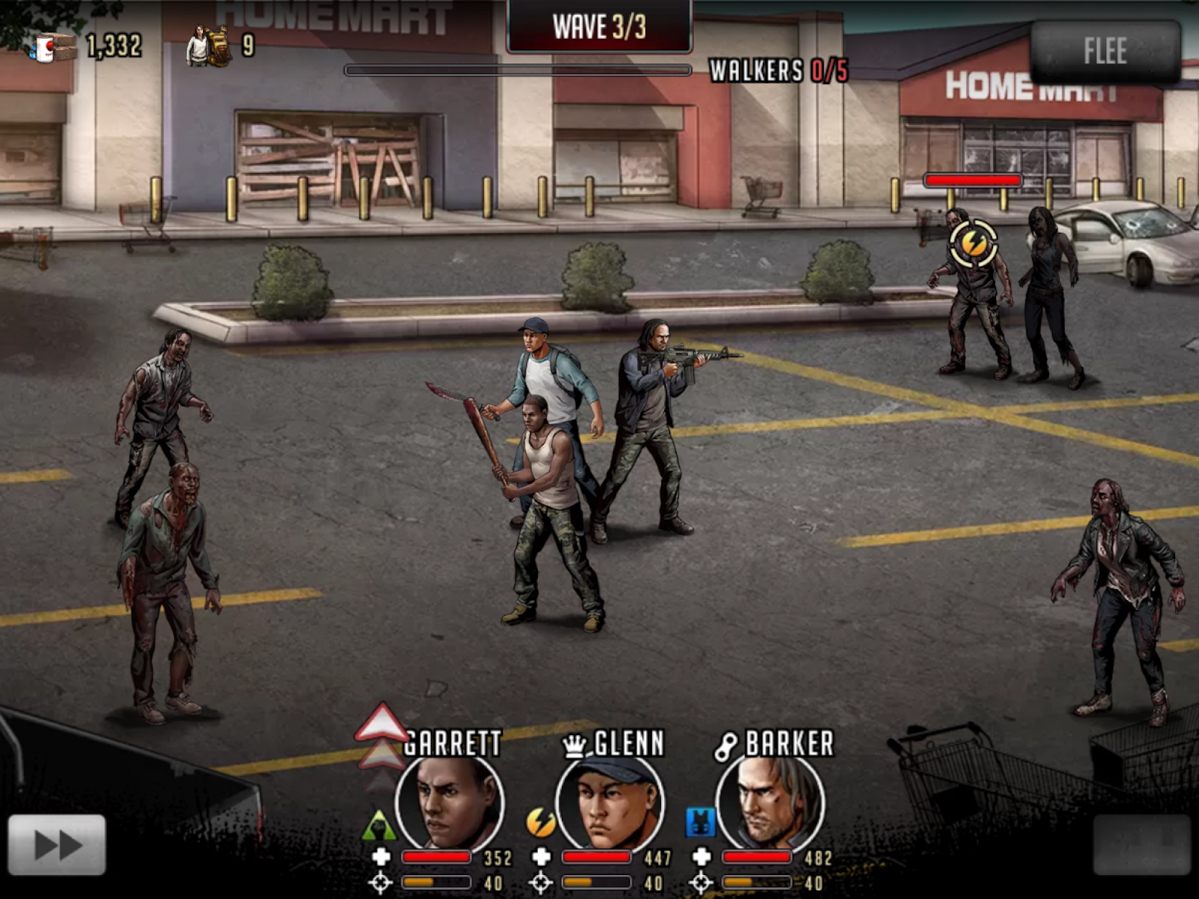 The Walking Dead: Road to Survival has a rock-paper-scissors mechanic where certain character types do more damage to one particular class and take more damage from another. Every class has a strength and a weakness when it comes to the competition.

One strategy that really helped me out is as follows: I would clear out all the zombies but one. I’d pick a zombie that was resistant to a number of my survivors, and as that zombie approached I’d hit him with the characters who do the least amount of damage to him. This way the weaker characters can build up their special attack instead of just using the characters who could kill the zombie in a hit or two.

This allowed me to approach the next wave with many of my character’s special powers ready to go. Advantage: me.