The Walking Dead: No Man’s Land Tips, Cheats and Strategies 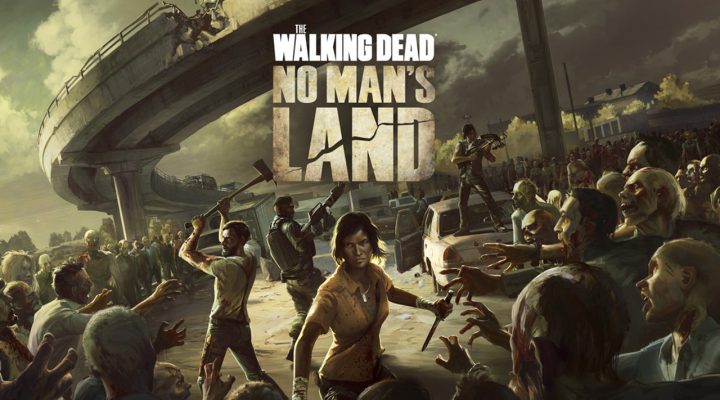 The Walking Dead: No Man’s Land is a strategy game from Next Games that tasks players with surviving in a zombie-filled world. Every level in the game is a labyrinth stuffed with zombies that players need to navigate through in order to collect supplies to bring back to the camp site. The collected supplies are then used to upgrade many of the camp’s buildings as well as increase the power of the survivors you choose to take out on scavenging missions.

Gamezebo’s The Walking Dead: No Man’s Land tips, cheats and strategies are the one-stop-shop for everything you need to know. 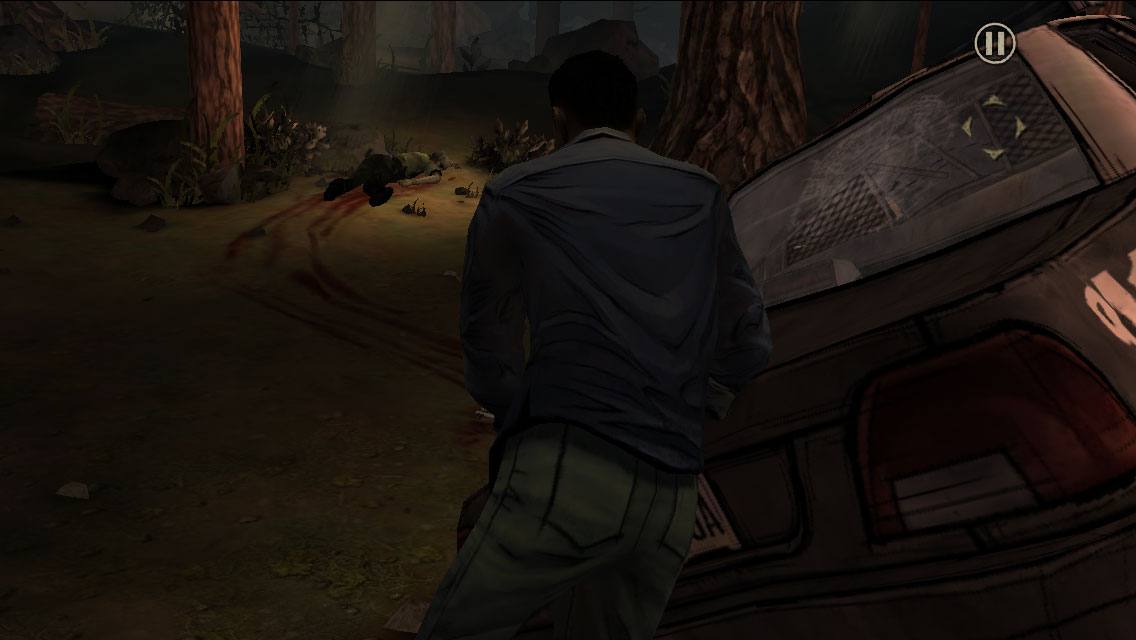 There is an option in No Man’s Land where players can go to the cinema and watch a movie (a commercial) to gain items and resources. It may seem like an odd tip for me to recommend to sit and watch advertisements, but if you’re unwilling to pay for things in the game, you’re going to spend a lot of time just waiting around for things to finish upgrading or for your team of scavengers to heal up after a particularly brutal level.

So while you’re just waiting around, you might as well earn a bit; catch a movie and pick up some more loot. 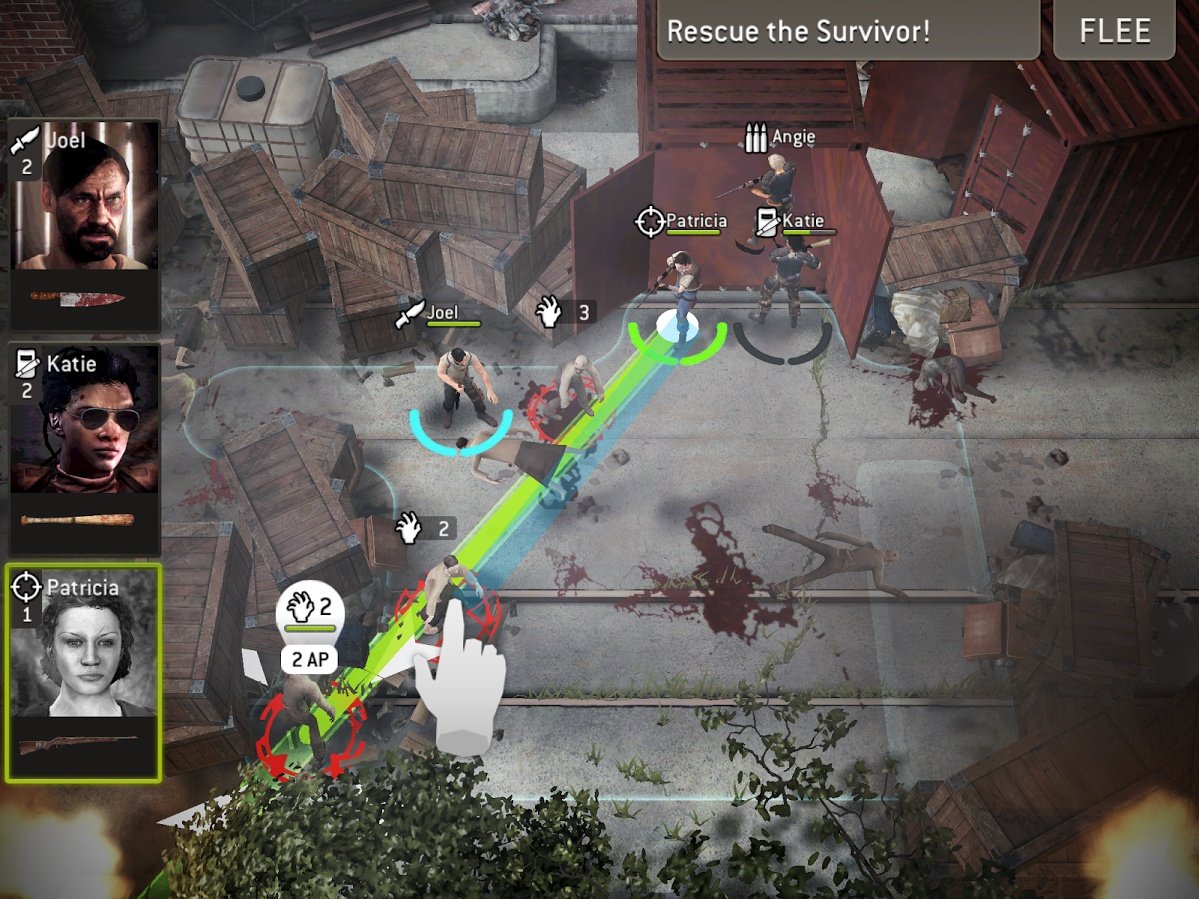 Some of the survivors are able to wield rifles that have long-distance firing potential. Because the game’s board is tiled, this allows a smart player to line up shots to obtain multiple kills at once. It’s as easy as dragging your finger from your rifle-wielding survivor and through the line of walkers. This can be done through rows, columns, and even diagonally.

Don’t forget though, if you fire, you’ll not only attract nearby zombies, but you’ll be unable to move for the rest of the turn. So if you have to, move first, and then fire. 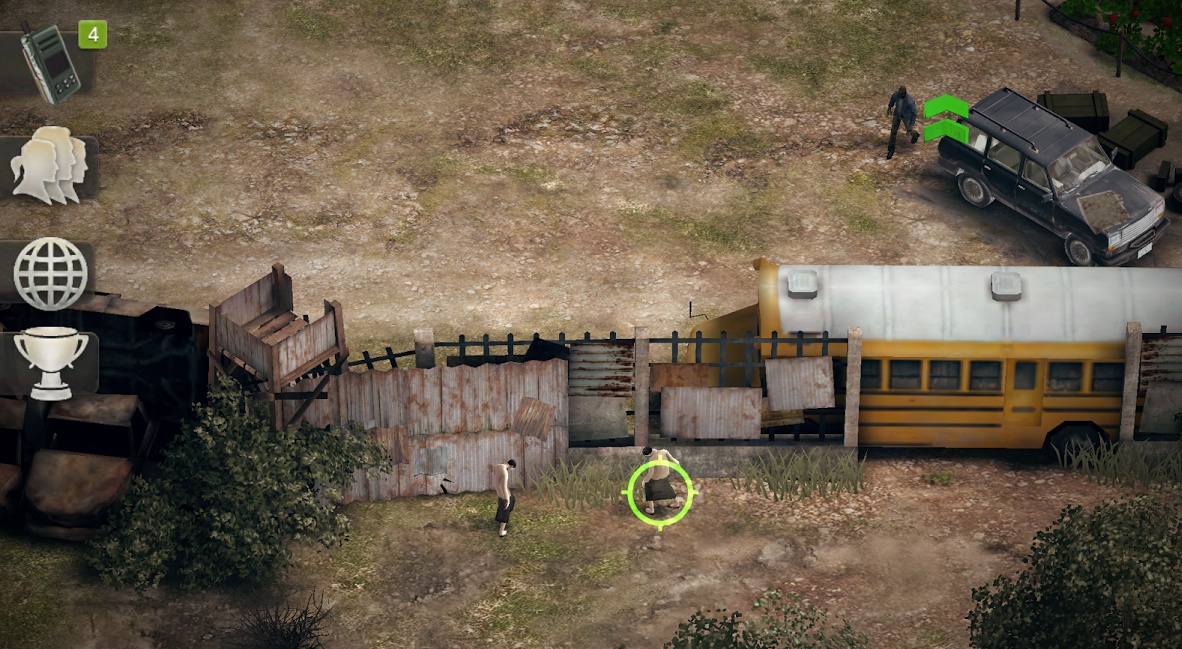 Check back to your base in between missions, not only to see if things have finished upgrading, but to clear out any walkers that have shuffled up to the walls of your camp. Whoever is on watch can easily pick off the walkers. You simply have to tap the walker highlighted with the green crosshair to take it down.

You’ll only get a little bit of loot with each of these walker kills, but it adds up over time. 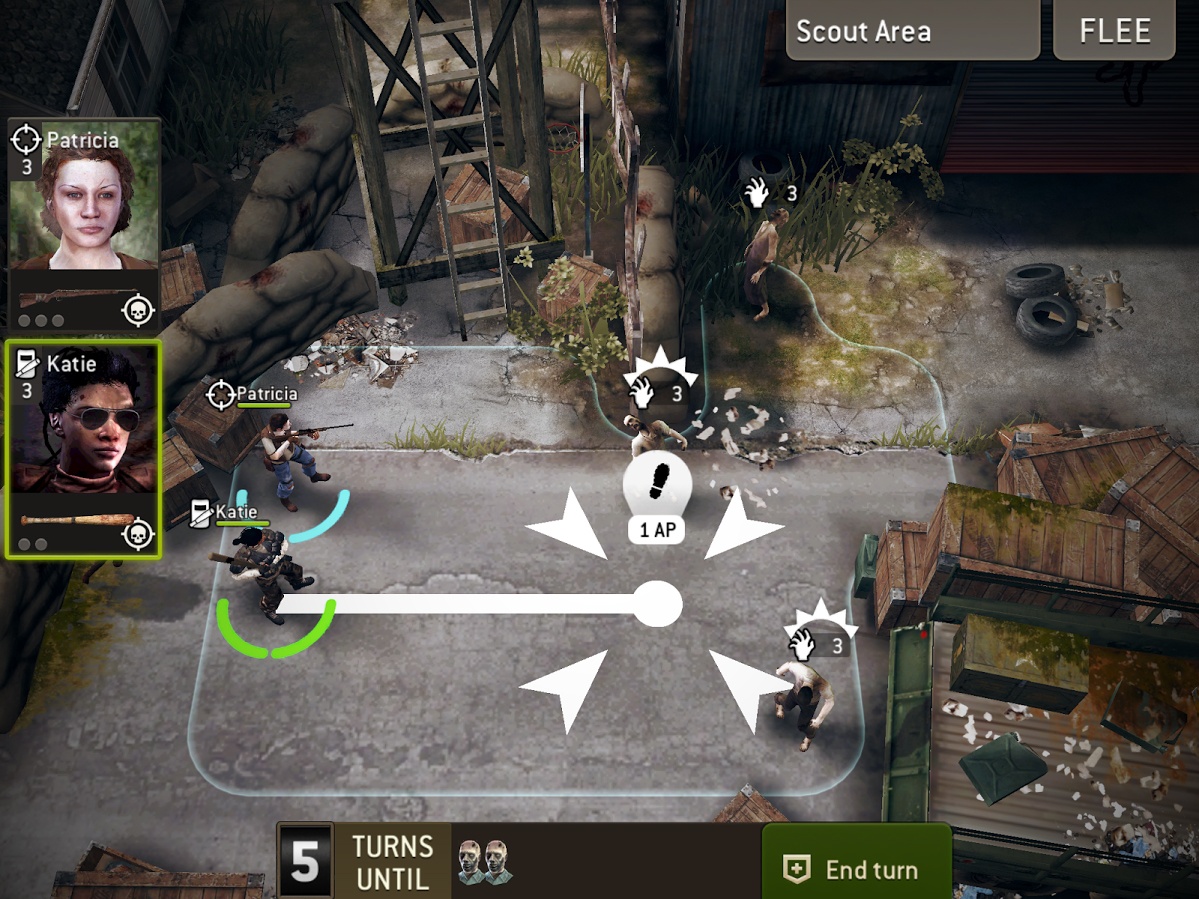 As you decide where to move your survivors to on the game board, pay attention to any walkers that are in close proximity to where you’re moving the characters to. If a little indicator pops up as you target an area to move to, that means the walker will notice the survivor moving there and move in to attack them.

If you’re trying to stay grouped and sneak around a level, always take an extra second to make sure that where you’re moving to isn’t going to alert any walkers to your presence.