Home / Walkthroughs, Tips, and Cheats / The Legend of Neverland Classes – Which is Best?

The Legend of Neverland Classes – Which is Best? 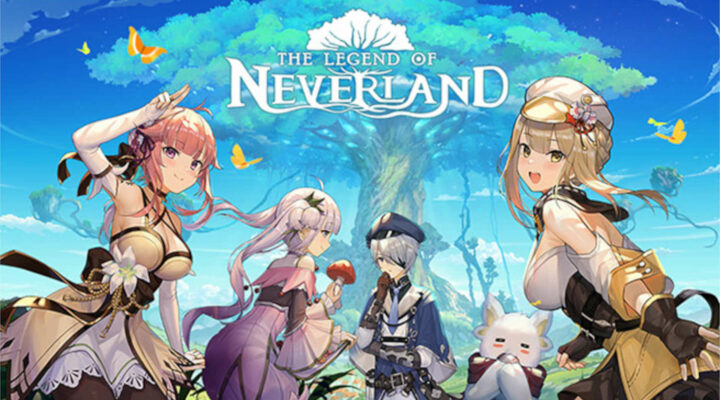 Not sure which character to play as in The Legend of Neverland? Well, that’s exactly what this The Legend of Neverland classes guide is here to help with. In this guide, we’re going to list all of the classes you can play as and detail the basics. That way, you can make an informed decision when deciding which class is right for you. We’ll also update it as and when new classes drop, so we recommend that you bookmark this page and check back frequently.

The Legend of Neverland is an open world MMORPG for mobile that features four different playable classes. You’ll participate in real-time combat, collect flower fairies that fight alongside you, and customise your character with a wide variety of fashion. Visually, it’s reminiscent of Genshin Impact, but in terms of gameplay it’s a much more straightforward MMORPG.

You can learn more about it on the official site. We’ve also put together a list of The Legend of Neverland codes to help you get started.

The Legend of Neverland Classes

Below is a list of the playable classes in The Legend of Neverland.

The Gladiator is the melee specialist in The Legend of Neverland. They focus on DPS primarily, though also make for a strong tank.

Upon your first class change, you can specialise in your tank abilities with the Gladiator class (we don’t know why they used the same name twice), or double down on DPS as a Berserker.

This class is ideal for those that like to get stuck in at melee range, with decent survivability and DPS. You can then specialise in your preferred style later in the game.

The Legend of Neverland Classes – Ranger

As the name implies, the Ranger is your ranged specialist. This class fights from a distance with bow and arrow, and has a focus on DPS and adapting to the needs of the moment with a flexible play style.

Those that choose this class can double-down on DPS with the Marksman, one of the most powerful damage dealers in the game, or opt for a more adaptive play style with the Windchaser.

If you prefer to sit back and fire from a safe distance, the Ranger is the ideal class for you. You can then specialise in dealing damage, or controlling the battlefield with the Marksman or Windchaser respectively.

The Scholar is your classic fireball-wielding wizard class, though The Legend of Neverland’s version begins as more of a support specialist.

You can double down on DPS as the Judge, becoming the Gandalf you’ve always dreamed of, or opt for full support, keeping your allies alive in difficult situations.

If you’re typically a spell caster main, either dishing out the damage or supporting your allies with healing spells, the Scholar is a no-brainer.

The Legend of Neverland Classes – Craftsman

Easily the most unusual class in The Legend of Neverland, the Craftsman is a ranged DPS specialist, and you can only unlock this class after reaching level 58 with one of the others.

Both of the Craftsman’s second classes are DPS focused. The Armorer focuses on damage entirely, while the Mechanician trades a bit of that DPS for strong support options and survivability.

Like we said, this is an unusual class and ideal for those that like to shake things up.

What is The Legend of Neverland Best Class?

So, that’s a little bit subjective, and entirely depends on the type of role you like to play. So, we’re going to first recommend a role depending on your preferred play style in the holy trinity:

Those are the best per role, but there are multiple other classes that can fulfil each role, albeit not quite as well as the others:

As you can see, it’s pretty subjective. If you’re dead set on a specific role, then we recommend playing the option in our top list.

However, if you’re looking for a jack-of-all-trades class, look no further than the Mechanician. This class can deal solid damage, provide support to allies, and has solid survivability. Unless you have your heart set on a specific role, we’d say that’s the best class.

But that’s going to do it for our class guide. Make sure to grab the game via the links at the top of this page, check out our related content in paragraph three, and bookmark this page to keep an eye out for future classes.