The Big Hit Strategy Guide – Punch Your Foes With These Hints, Tips and Cheats 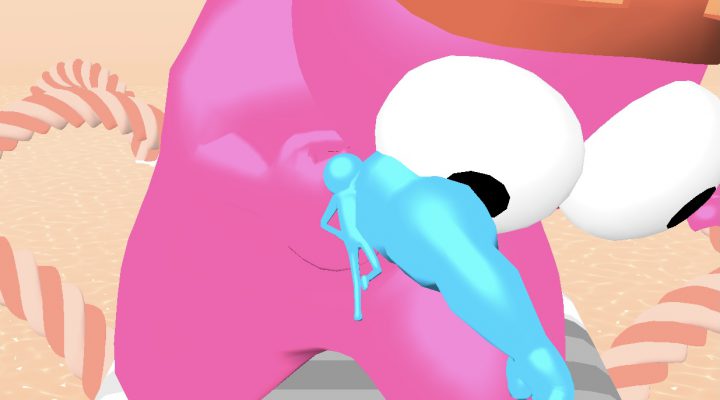 The Big Hit is a game about punching enormous enemies as far as you can. Of course, you’re going to have to be super strong for that to happen, and you can make sure you’re tough enough by picking up weights and making your punching arm enormous.

It’s a simple enough idea, but there are added layers to the experience that can make it pretty difficult. Which is why we’ve written this guide. It’s packed full of the biggest and best hints, tips and tricks to make sure all of your hits in The Big Hit are as big as they possibly can be.

We’ve played a good chunk of the game and reckon with these strategies you’re going to be whomping along with the best of them in no time. So here are the top 5 best hints, tips and cheats for The Big Hit.

The red dumbbells will actually reduce your strength, which is the exact opposite of what you’re aiming for in The Big Hit. If you see any red dumbbells, you should avoid them at all costs. Be careful because they’re sometimes hidden at the end of long strings of useful dumbbells or behind walls.

Don’t just spend all of your gems on one stat, you should spend them evenly, levelling up all three at the same rate. This will keep your strength high enough to smash the bosses as far as possible, but will also make sure you’re competitive in the other aspects of the game.

When you’re offered an upgrade video – which pushes a stat to the next level when you watch it – you should always give it a view. You won’t be able to spend gems on upgrades until you’ve watched one of the videos. It’s annoying, but it’s better than stalling your development.

Grab gems but don’t prioritize them

There are often gems scattered on the ground in the levels. By all means pick them up, but not to the detriment of grabbing dumbbells. Focus on getting stronger and you’ll receive more gems come the end of the level than you could ever collect. Play smart, not greedy.

You’ll activate Beast Mode by picking up a lightning bolt. It makes you invulnerable and drags all the nearby power-ups and gems towards you. However, it doesn’t last for very long. We’d suggest not changing the way you play when you pick it up, because if you’re in a sticky situation when it ends you’re going to end up taking some damage you can ill afford.