Home / Walkthroughs, Tips, Cheats / The Battle of Polytopia tips, tricks, and strategies to conquer the world

The Battle of Polytopia tips, tricks, and strategies to conquer the world 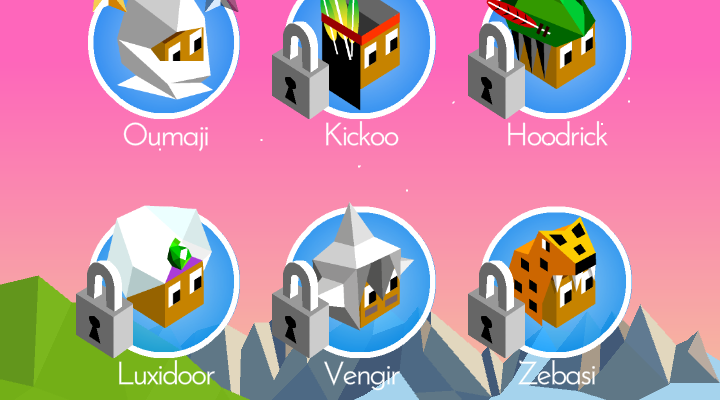 In the Battle of Polytopia, you start in control of a tribe that needs to grow, populate, and conquer. There’s little tutorial explaining what to do, but the gist is that you need to start moving units across the board, capturing new cities to add to your empire and using the stars they generate to develop new tech that will enable you to do more things. As you travel, you’ll encounter other tribes who also want to expand, and only by fending them off and taking what they have can you succeed. Yay for war?

Once you master the basic controls, you might be at a loss for where to go on the tech tree. Here are a few simple tips and tricks to help you succeed and conquer the world in Polytopia: 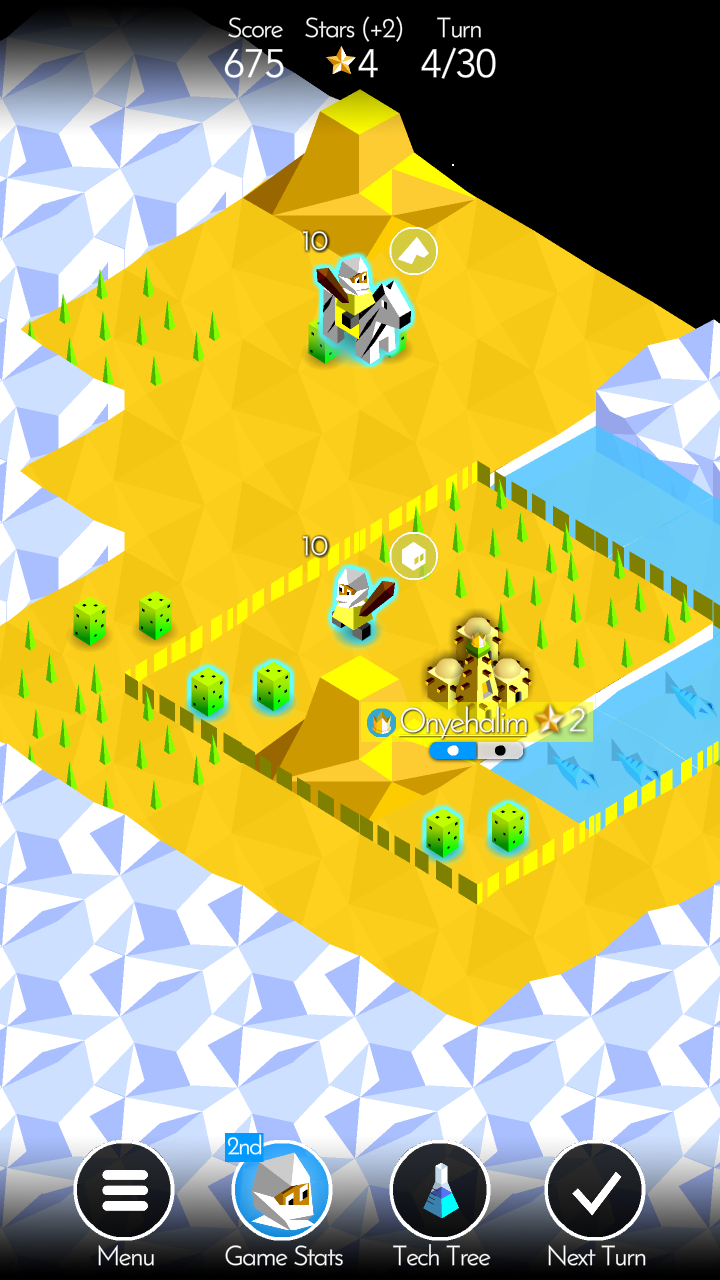 The Oumaji are easily the best of the three starting free tribes, and are still some of the best when compared to all tribes. This is because they start with the Riding trait, which allows them to generate Rider who can travel long distances. Either start with Oumaji or try to unlock Riders immediately. If you don’t, you’ll be on a far too slow pace for the start of the game. Warriors are only useful if you can find cities to conquer in the first place! 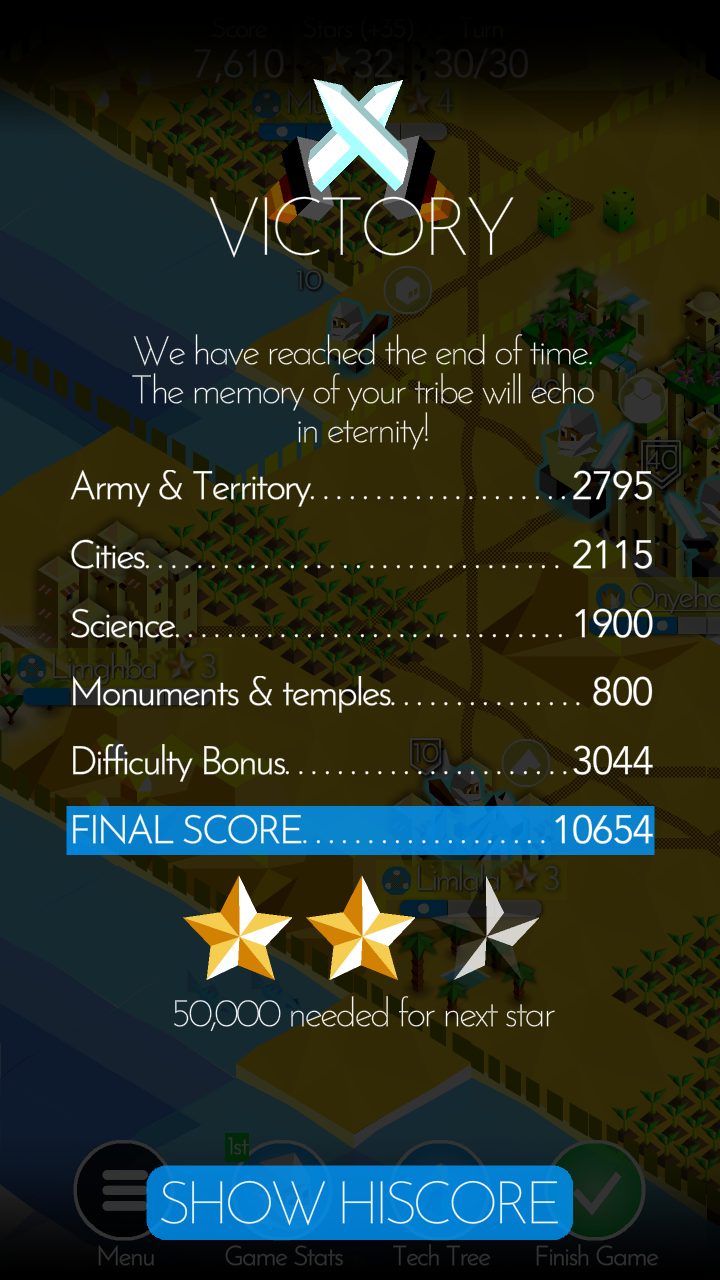 As your cities grow, you’ll be prompted to take rewards at each milestone. For the most part, Workshops are the best ones to take early on as you’ll get an extra star from that city each round from the remainder of the game. The City Wall is only useful for cities on the edges of your territory that may be attacked, or perhaps if you think you’ll suffer an attack on your capital in hard mode. 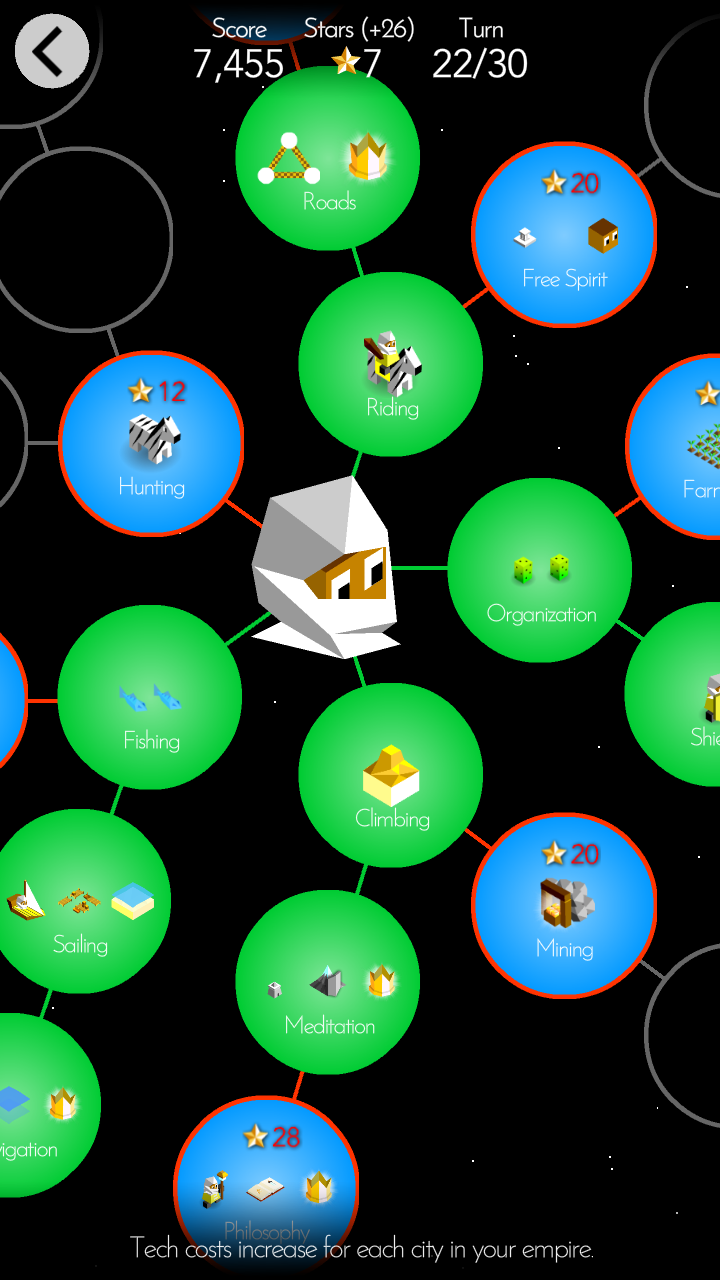 At some point, you’ll have to decide where to start gathering resources from: fishing, farming, harvesting, or hunting. Keep an eye on what resources are nearest your territory and follow whichever tree that is. Hunting might lead to other, better things, but if you can’t find any animals, you won’t grow big enough to get there. 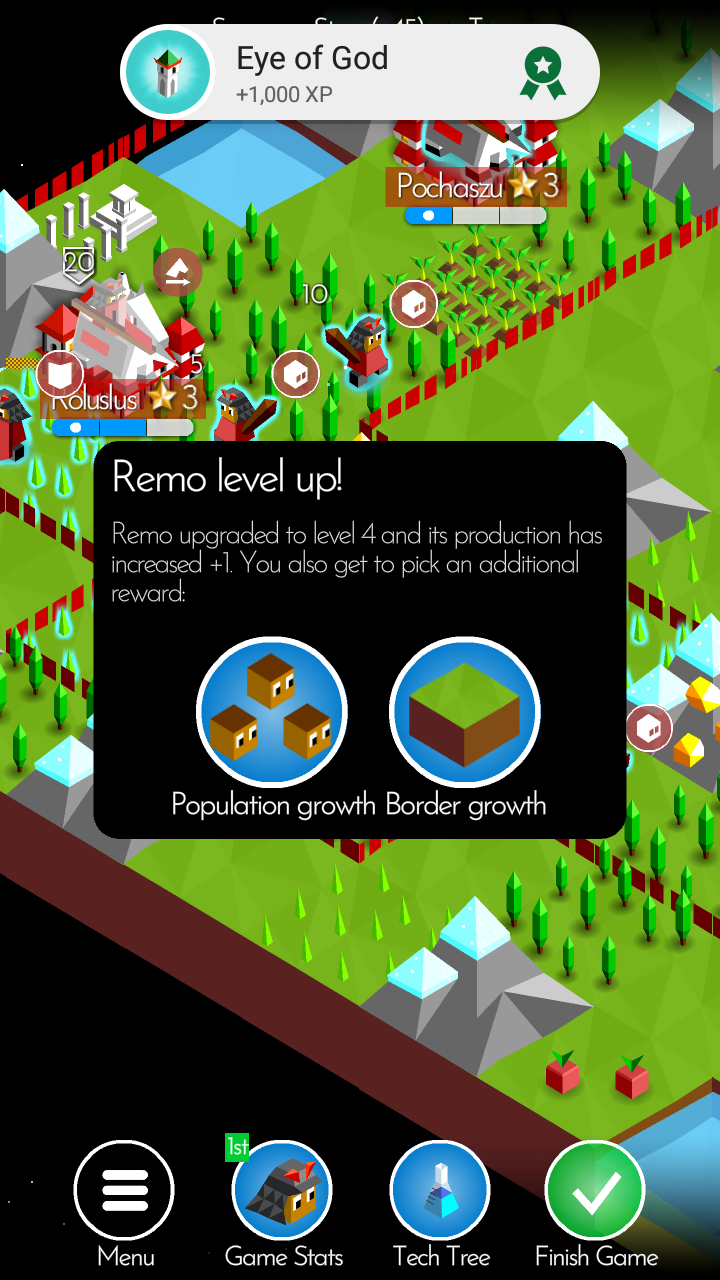 You need ports. You probably don’t win without ports and, more than that, navigation. Battleships are incredible resources that can do major damage from a distance, and most maps will have enemy cities overseas that you can’t reach without boats. Try to build ports early and start exploring the water, but try to be intelligent about them. If you can, make sure you’re not just building a port on a lake. 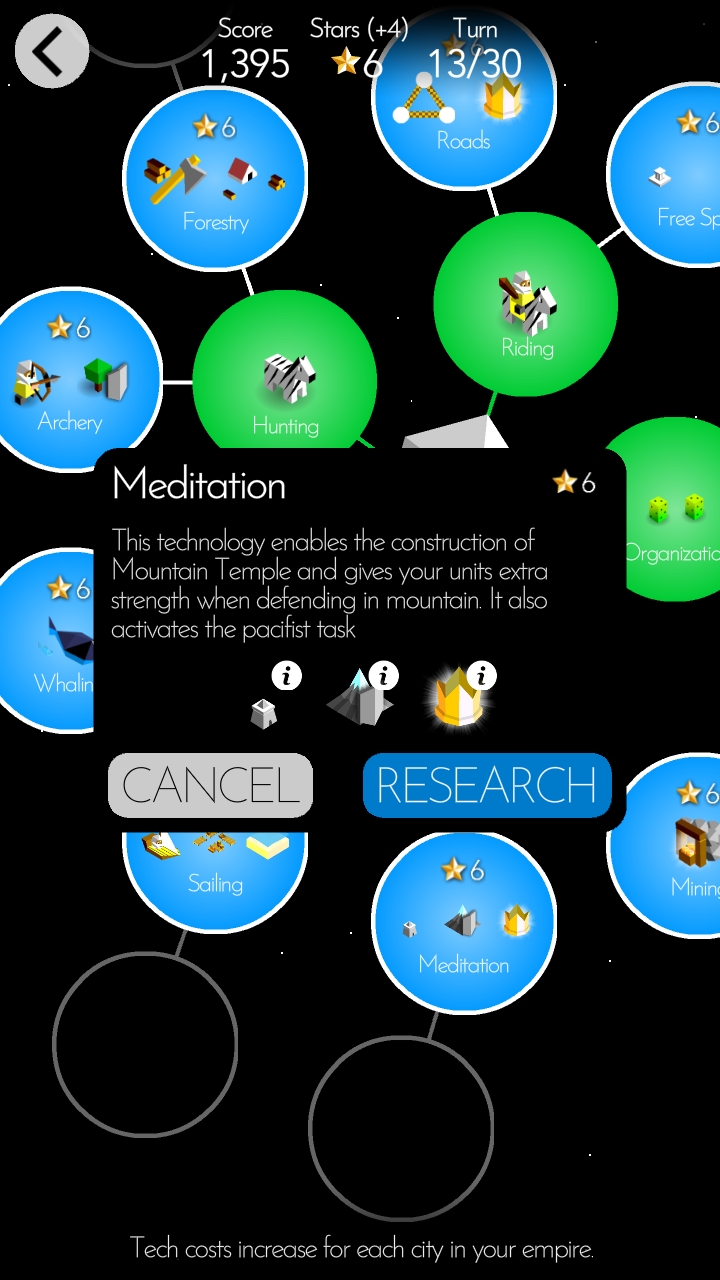 Fighting is fun, and you’ll have to do a lot of it in Polytopia, but if you have to spend all your time fighting and generating troop resources to get killed, you won’t advance. If you keep getting caught in skirmishes, it may be better to back off and bolster the holdings you already have. Remember, your goal in this game isn’t to win every fight. It’s to score high, and depending on your situation, that may be accomplished just by sitting still and building what you have for a turn or two.

It’s also important not to forget your original cities. With roads, they can grow ever larger as your empire sprawls out, and can generate more troops for you or be bolstered by reward resources such as parks or the customs house. By endgame, you should be getting tons of stars each turn to pour into your tech tree, generating important buildings and increasing your empire’s wealth.