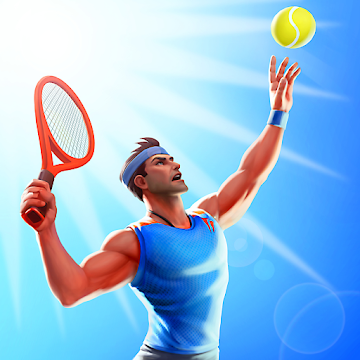 Tennis Clash is a brand new multiplayer tennis game that challenges you to work your way through a bunch of tournaments as you develop your own professional. Much like in Golf Clash, you’ll play against real players, earning loot boxes that you can open for new equipment.

The real star of the show is the swipe and tap-based control scheme. There are no shoddy virtual controls here – just natural flicks, swipes, and taps to perform a variety of different swings. You’ll need to try and outwit your opponent, much like in the real game.

In this guide, we’ll walk you through the basics of Tennis Clash, including how it works, the controls, and how to get new gear before providing a few tips and tricks that should help you during the early hours.

Tennis Clash Guide – How it Works:

Tennis Clash is to tennis what Golf Clash is to golf. You create your own tennis player and work your way through a bunch of different tournaments, earning loot boxes as you go to unlock brand new gear.

The controls are where you’ll probably struggle the most, as they’re all swipe and tap-based. You tap on the court where you want to move, and swipe to pull off a shot when the ball is coming towards you. The direction you swipe dictates where the ball will go too, so you’ll have to keep this in mind.

The faster you swipe, the harder you’ll hit the ball and the further you swipe, the further it will go. Balancing these two is the challenge of Tennis Clash. If you want to hit a slow ball to the back of the court, you’ll need to do a slow but long swipe towards the area you want the ball to land in. If you want to hit it fast but close to the net, you’ll need to do the complete opposite. A short, fast swipe towards the net.

As you can probably tell, it’s a lot harder to pull off hard shots in Tennis Clash, as you have to be very careful that you don’t accidentally overhit a shot. It’s really easy to do this when swiping fast. During the early game, it might be worth placing accurate shots away from your opponent so you can get a feel for the game and how your opponent likes to play.

When you win a game, you’ll gain Trophies, which fire you up the tournament leaderboard, and a loot box that you can open to get some new gear. Much like in similar games in the genre, it takes time for this loot box to open, so you’ll have to open it and wait. Once you’ve got four loot boxes, it’s time to wait as playing more will get you nothing.

The main menu screen includes a news and inbox screen, a store, where you can purchase gems and packs, an option to play a match in any tournament you’ve unlocked, your lineup, which allows you to customise your player with a bunch of different gear, and events, which you can play when you reach certain tournament thresholds.

Now that you understand the basics, let’s take a look at a few tips and tricks that will help you during the early game:

Call of Duty Mobile Pumpkin Collection Guide: How to Collect Pumpkins in the Halloween Event

Mario Kart Tour Badges List: All Badges and How to Unlock Them