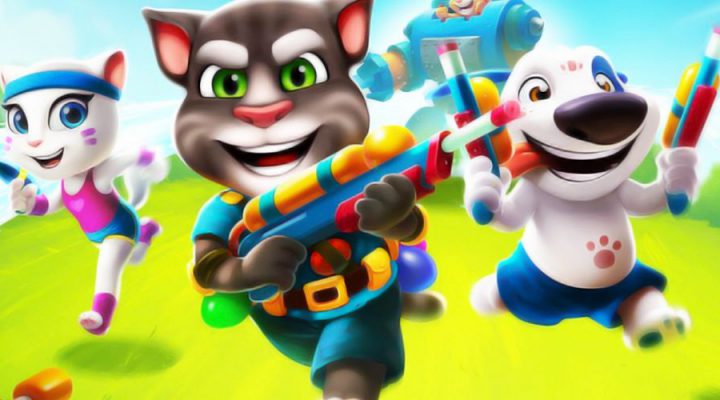 I’m not into RTS games, nor am I usually interested in the cartoony aesthetics of games like Talking Tom, but even I have to admit that something about Talking Tom Camp immediately captured me. It’s smooth, accessible, and guides players in a way that respects their intelligence while remaining open to younger players. I’ve been hard at work building an efficient, defensible campsite ever since in its addictive loop. If you’re trying to improve your camp or struggling to win matches, here are a few simple tips and tricks to give you an advantage: 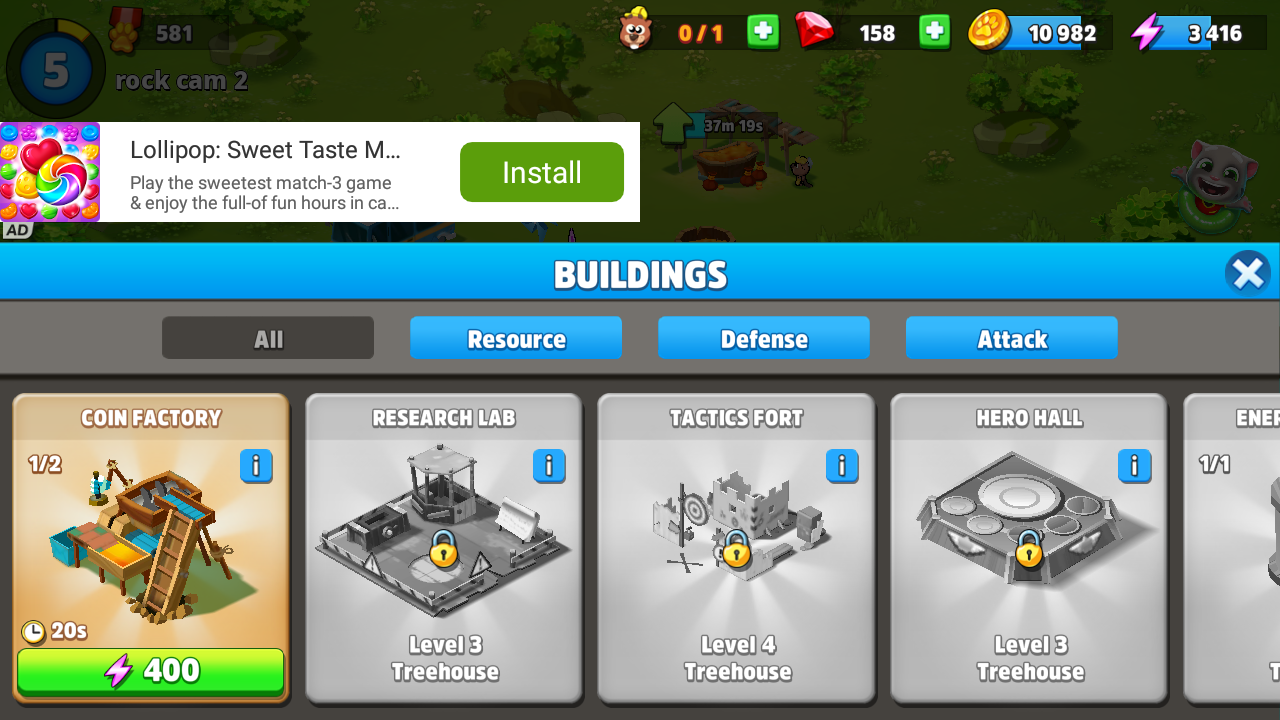 It’s not recommended to just drop buildings wherever the game tells you to by default (though the suggestions at the start aren’t terrible) but you do want to put some extra thought into it as you expand. Remember that your opponent can only drop troops on the road, so the further back you put something, the less accessible it is. Make sure your road defenses are solid: towers, water guns, and upgrade them.

But don’t neglect the back areas. Traps or additional towers (when you get into the late game) will improve your chances of stopping an assault that breaches your additional defense. If you start off on the wrong foot, fear not. You can always rearrange your buildings later and put desirable resources in the rear. Once you have enough resources to spend on extra defenses, try to use them to ensure the enemy doesn’t just have a clear path to your treehouse once they pass the entrance. 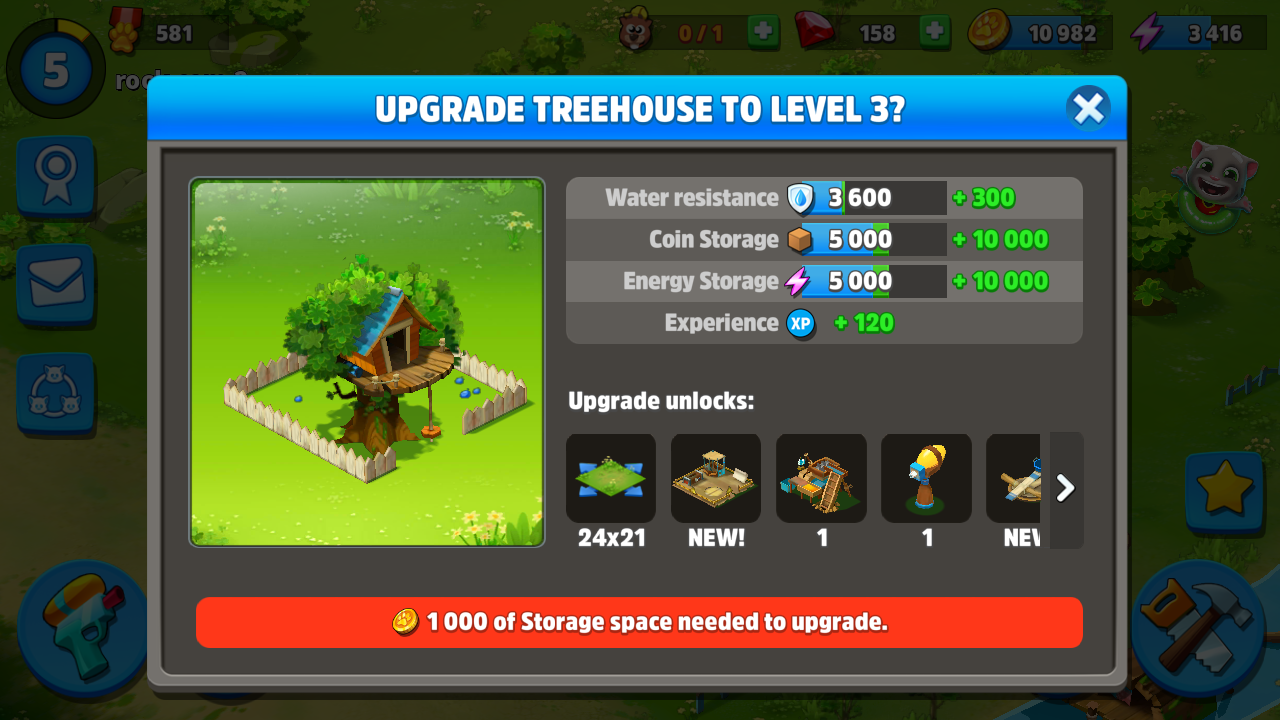 Energy is harder to get that coins, so while you’ll need to make coin factories, prioritize building and upgrading energy storage and factories first. Coin storage mostly is prohibited of upgrading certain facilities further, though your Goals will generally follow in line with what you want to do next. If you’re struggling in one area, don’t shy away from building more storage or production.

Don’t bother with the beaver

You might have noticed that you can save up for a second beaver for 500 gems to work on two buildings at once, but I never found it helpful. Buildings take increasing amounts of time to complete as you play, and you’ll be throwing so many resources at them down the line that you won’t be able to manage two constructions at once anyway. Get the beaver if you must, but know that just using gems for instant-completes or other rewards is a perfectly viable strategy. 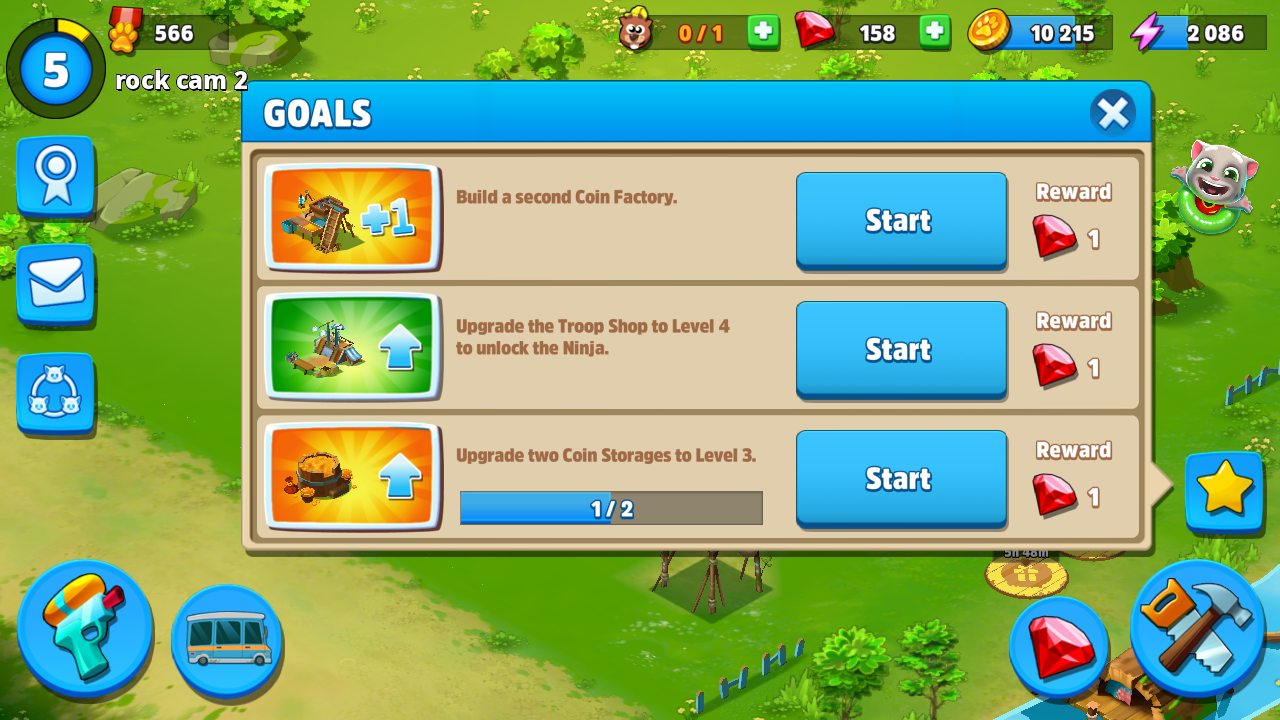 As you work on your camp, try to place your treehouse in the middle and ensure it is well-defended. Compact the remainder of your facilities around it–don’t waste space! Clear trees and brush to make more space, and don’t forget the tip from earlier to defend more than just the road. Longer range defenses such as catapults and water guns can go toward the rear, too. Try to build these facilities as soon as you can so your resources aren’t stolen, but never fear–nothing in Talking Tom Camp can take your gems from you.

Fortnite on mobile: A guide to building for beginners