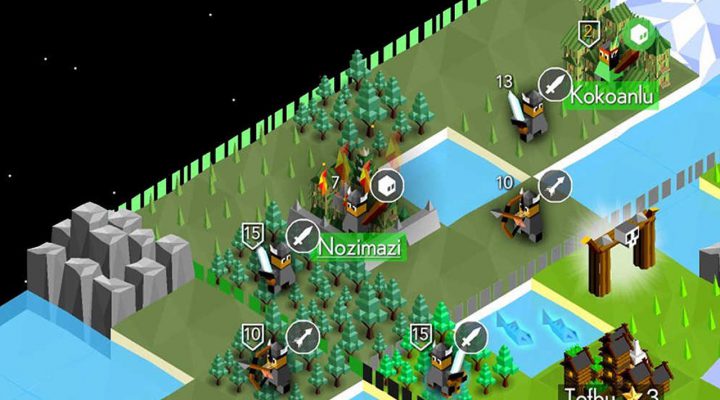 Super Tribes is one of the best strategy games you can find for mobile devices. It’s as simple as that. The game offers clear-cut rules, easy to understand mechanics, and hooks you with that “one more turn” mentality that games like Civilization have been working with for decades. Even though Super Tribes can easily be considered a simplified Civilization, that does not mean that Super Tribes is a breeze.

Playing on anything higher than the Easy difficulty mode will see players challenged on every front by their aggressive AI neighbors who are overzealously looking to expand their own empires. With our Super Tribes tips, cheats and strategies, players will be able to hold their ground against their competitors and watch as their high scores grow. 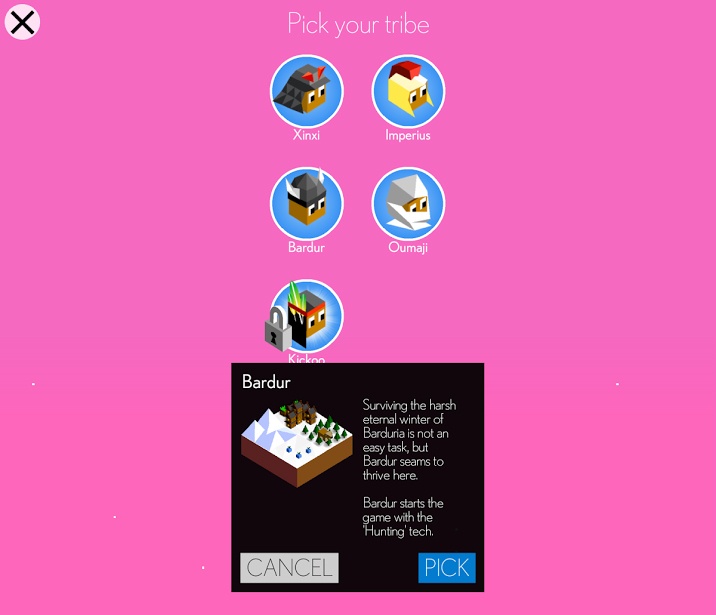 Before you even begin a round of Super Tribes you’ll have your pick of four nations (five if you buy the only in-app purchase in the game). Beyond cosmetic differences, each nation differs by a different starting technology.

Because the early game is all about building up your cities’ strength as fast as possible, in my opinion the resource-gathering Imperius, Bardur, and Kickoo are the best nations to begin playing as.

Before committing your valuable early-game resources into a technology unlock, carefully consider which will be the most beneficial to your nation.

If your cities are surrounded by mountain tiles and little to no water tiles, you will certainly want to unlock mining over fishing. If you’re surrounded by forests and no fields, you’ll want to research lumber camps before you research farming.

Personally I liked to start as the Bardur nation as they allowed me to instantly snatch up all the little animals I found around the map thanks to their Hunting tech unlock. Once the animals are gone, they’re gone (fish included) so being able to snatch up these early, one-time resources, gave me a nice resource boost 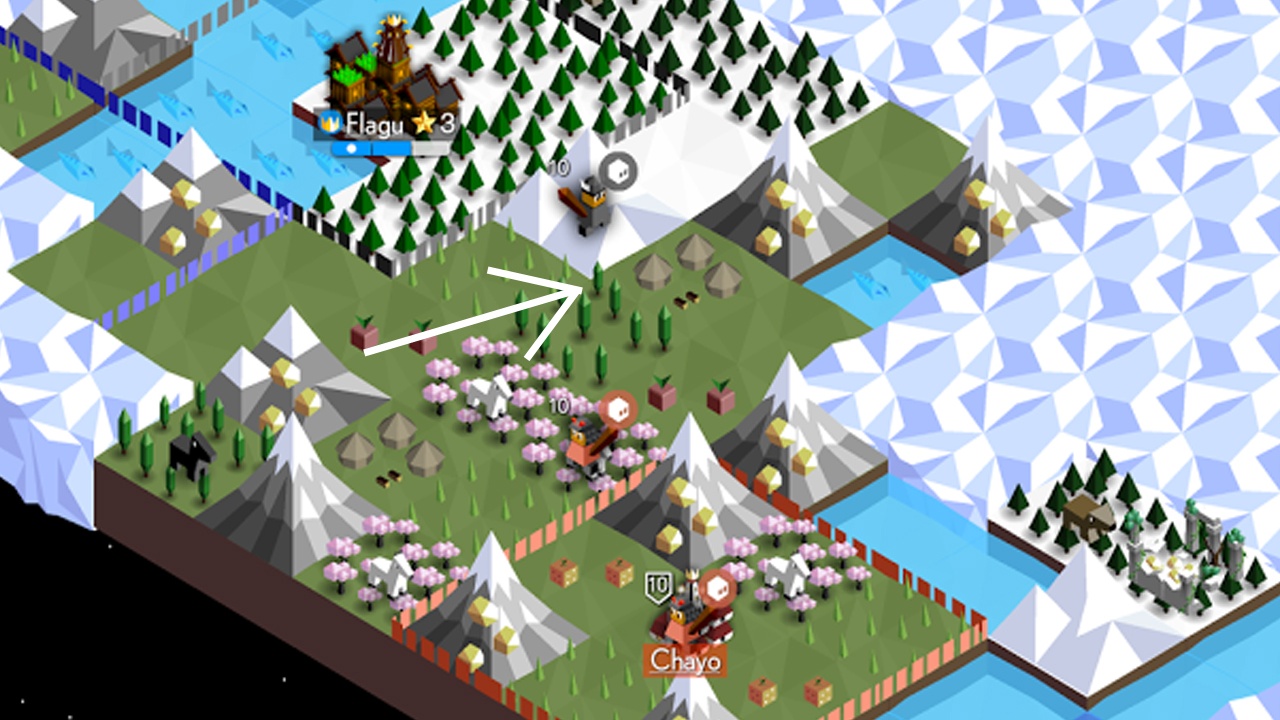 As you absorb as many resources as you possibly can at the beginning of a match, your second priority should be sending your units to locate and capture small tribal villages that are scattered around the map. Simply move a unit onto a village, and at the beginning of your next turn you can capture that village (they don’t resist) and the area around the village is converted into your own territory.

This is a fast and easy way to expand your borders, and it’s also the only way to establish additional cities in Super Tribes. Having more cities allows you to field larger armies and collect more resources at the start of each turn.

One of the early upgrade options that you get to pick from when your cities evolve is an Explorer that will zip around the map for a short time, revealing everything it comes across. If your city is on the border of unexplored territory, an explorer can be an invaluable asset for locating additional villages. However, if the city that you can send an explorer from is back in a corner behind all your other cities, you should certainly opt for the other upgrades as the explorer will have nothing to reveal.

Archers to the Back 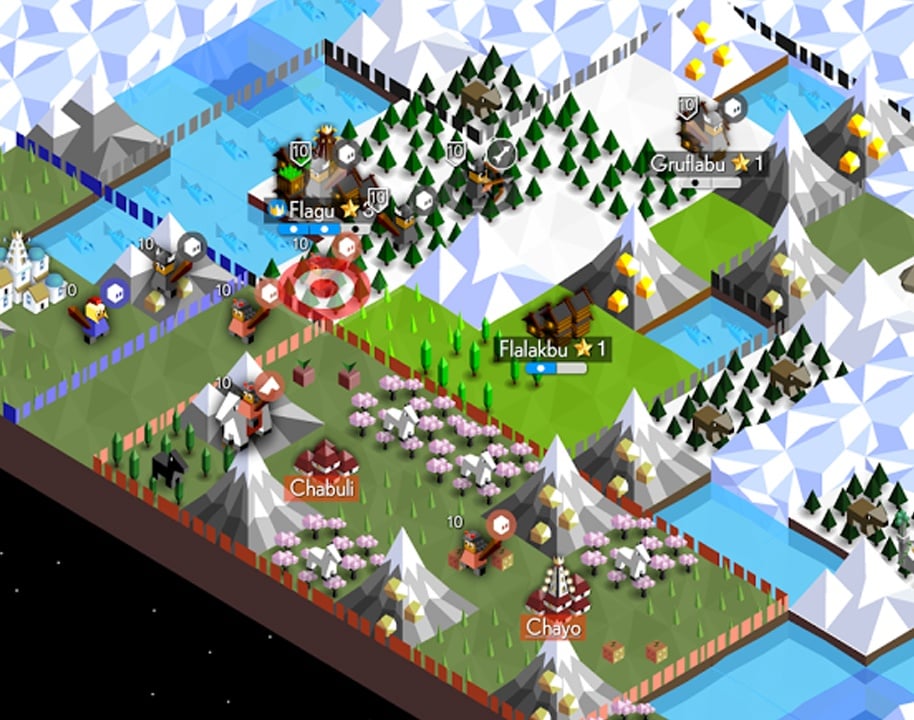 Archers and catapults are the only non-melee units in the game. They can pelt enemies from long range at the cost of reduced defenses. This means you’ll want to keep your archers well back from enemy soldiers. Because surviving units will always counter-attack if they’re not outright destroyed, archers and catapults can bypass the counter-attack by attacking melee units that are too far away to suffer a counter-attack from. You can (usually) always move the archers away from an enemy melee unit before attacking, too.