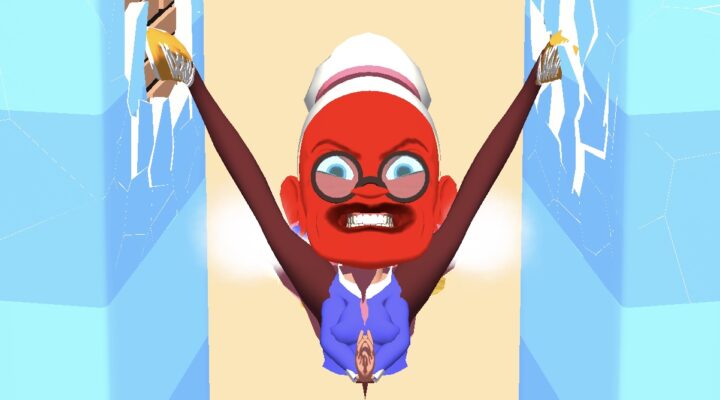 Stretch Legs is a game all about stretching your legs. And then using the energy contained in that stretch to fire yourself up through a narrow passage filled with dangers and rewards. It’s probably a metaphor for life or something. But it’s definitely tricky if you’re not sure what you’re supposed to be doing.

And that’s why we’ve put together this guide – to help you out. We’ve played a good chunk of Stretch Legs and discovered a series of strategies that we think are going to entered you’re getting the most out of the experience. Or, y’know, as much as you can get out of a casual mobile game.

It doesn’t matter if you’re just about to stretch your legs for the first time or you’ve already used a jet pack to zoom across a swathe of a level – there’s going to be something here to help you out. These are the best hints, tips and cheats for Stretch Legs.

You don’t have to stick to the walls at the apex of your jump. In fact, it’s often better to fall back down for a moment before you jam your feet in. This is a great way to avoid obstacles and find useful things. Look at where you’re landing and what you’ve passed and think about the best course of action.

Hitting the targets won’t just get you some extra points. You’re also going to get a super useful boost when you spring off them that’ll send you higher than a normal jump. You can use this to smash through obstacles and finish levels quicker. You don’t have to hit every target, but if you’re within reach of one it’s a good idea.

Get the highest number

When you’re in the final section of a level you’ll want to hit the highest possible number. That’ll get you the most gems, which is what you’re after. You can’t fall out of the scoring section and try again, though. So get the highest number you can reach on your first jump.

What are the gems for?

You can spend the gems on new skins and capes. These don’t change anything mechanically about the game, but they do keep things fresh visually. You’ll find them in the shop at the start of each level. They’re fun, but they’re not worth watching videos for. Spend when you’ve got it.

When you’re on the rail sections, you need to catch the rails when you’re coming down, otherwise you’ll hit the ground and it’s game over. There are other sections that shake things up too, so remember how to complete them and you’ll be ready and able the next time they come up.

Puff Up Hints, Tips and Cheats – Blow up Your Balloons Brilliantly