Starting Out with Hearthstone

By Matt Thrower | 4 years ago 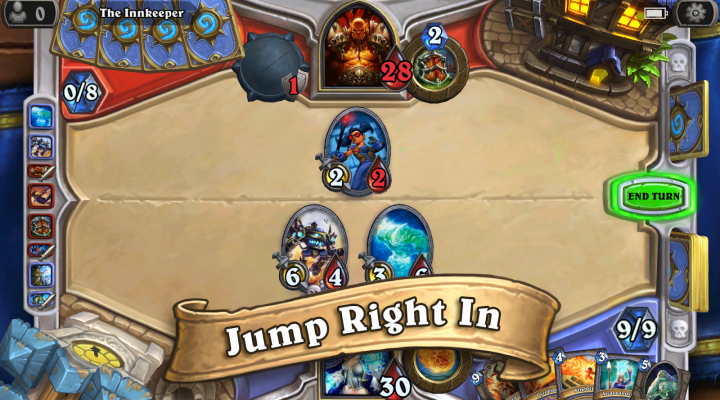 If you’re at all interested in the game, it’s a great time to start. Things are still in flux after the new Kobolds and Catacombs expansion. A new expansion also tends to mean Blizzard gives out more free cards than usual and this one has a cracking solitaire mode too. And it’s one of those rare free games that you can genuinely enjoy for free.

We’re here to show you how. 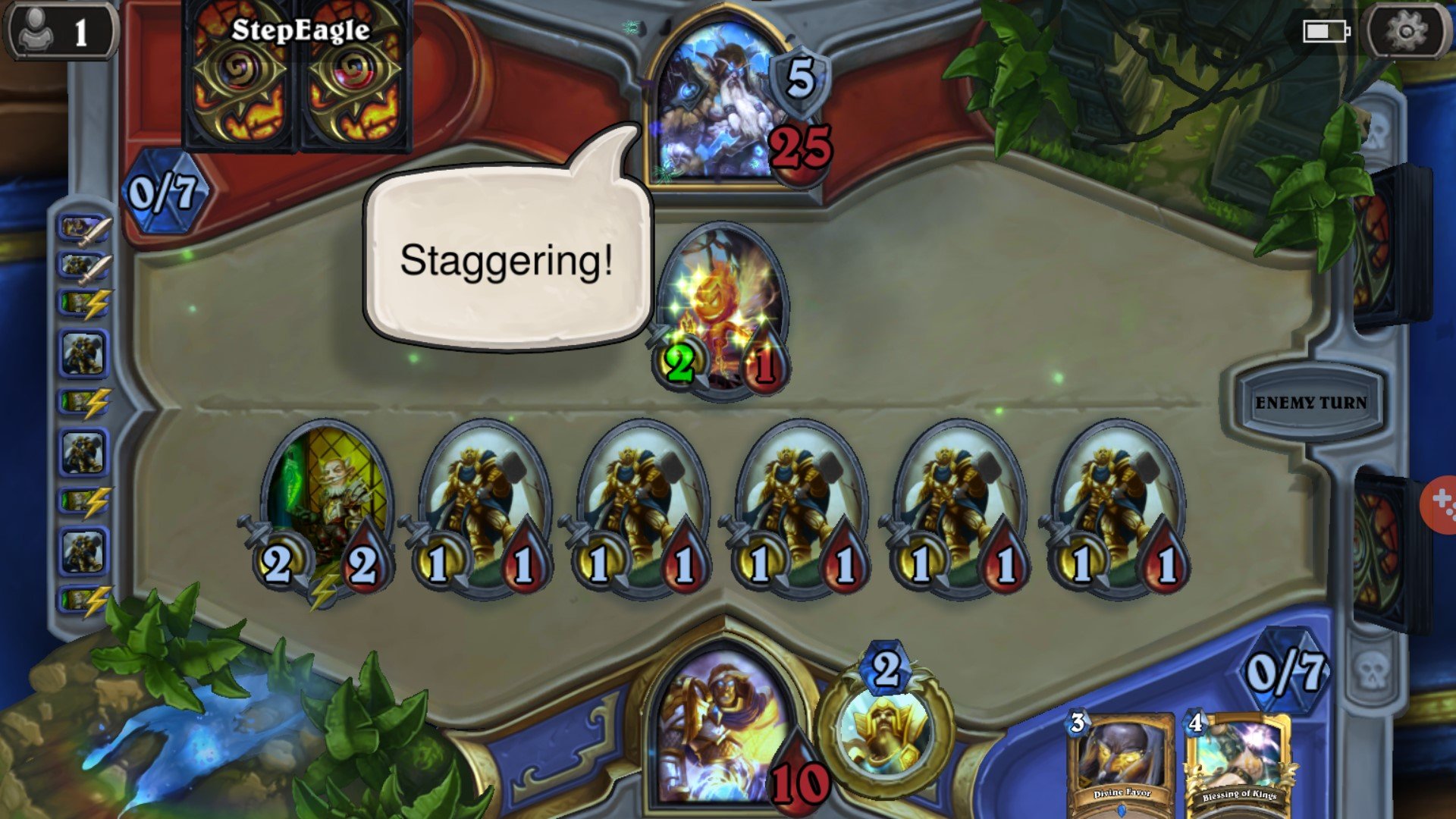 First, play the tutorial: you’ll have to in order to unlock the first class (Mage) and the first few cards. Once that’s done, you’ve got some more work to do before you can begin to build up a card collection for real. This involves playing games with each class until you’ve unlocked all their basic cards.

You’re best off playing “casual” games against other players. It’s hard at first with a limited selection of cards at your disposal. But Google is your friend. Search for something like “hearthstone basic decks” or “0 dust decks” (dust is the currency that you use to craft cards). That will net you some tried and tested decks to start your Hearthstone journey with. If there are cards you’ve not unlocked yet, don’t panic: you’ll soon have them. In the meantime just swap in something else you like the look of.

The biggest lesson for new players is to learn that the most important resource in the game isn’t life or mana or minions but cards. They’re the thing you’re most likely to run out of when you need it. That doesn’t mean you should hoard cards, of course, but be aware that spamming out everything you can every turn is rarely the best strategy. Watch the board, try to predict what your opponent might do, and play accordingly. 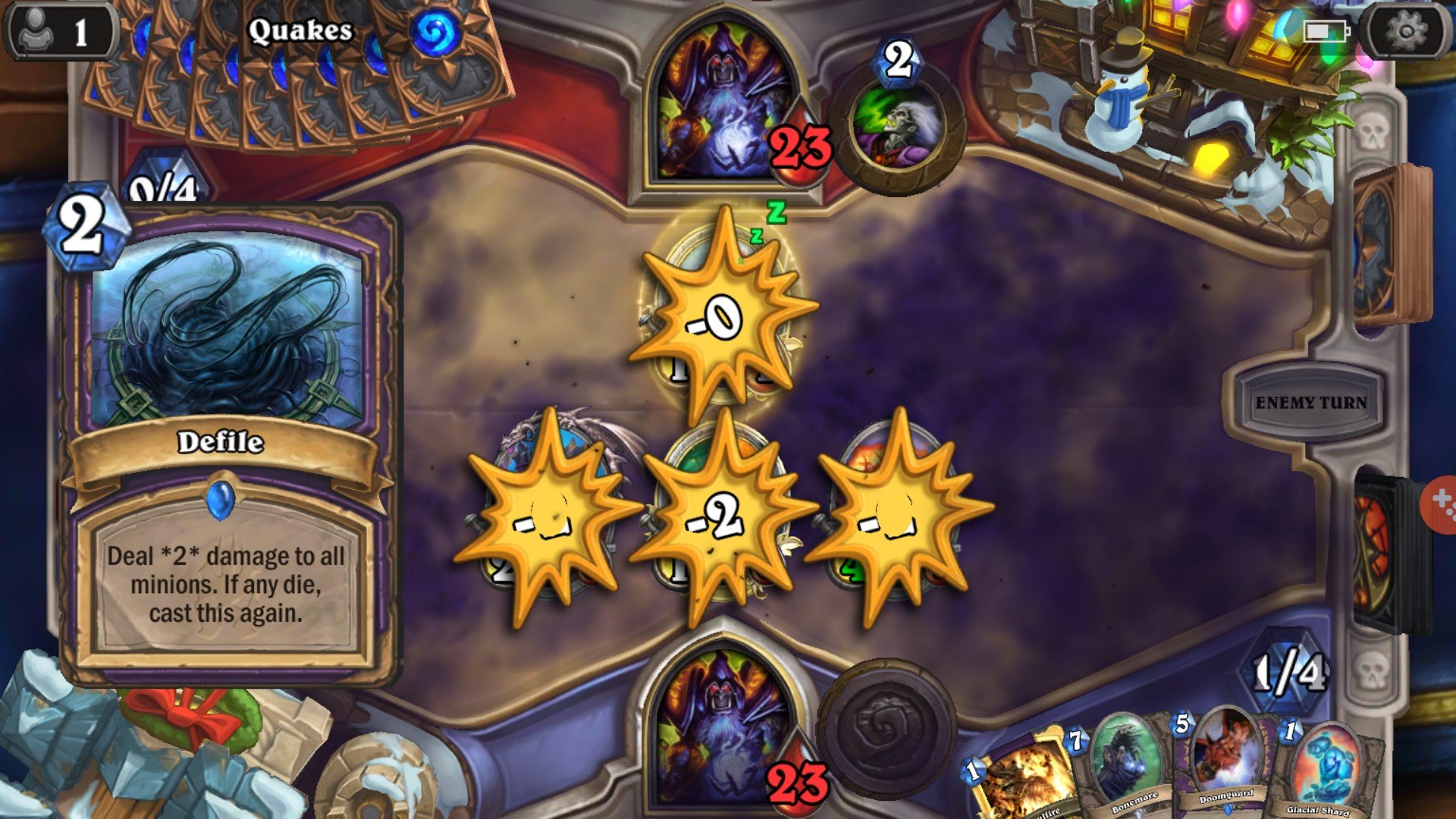 For example it’s often not a great idea to play a 1-health minion early against a Mage. They can just use their hero power to kill it right away. Better to give them another target to worry about, first.

Trading is another early skill to master. This is a matter of basic maths: if you can use one of your minions to kill an enemy one without the damage killing yours, it’s almost always a good move. It deprives your opponent of board presence, while keeping yours. Early on in a match, it’s often good to take out minions when you get the chance. Later, attack your opponent’s face to pile on the pressure.

Enjoying yourself? Good! If you’ve unlocked all the basic cards and feel like you want to play some more, now’s a good time to consider spending a bit of money. You can play Hearthstone for nothing, but the Welcome Bundle, which you can only ever buy once, offers striking value for money. You get ten packs and one class legendary (the rarest cards) for £3.99/$4.99. Unless you’re unlucky and get the weak Hunter legendary King Krush, that card will give you a class to start building a collection around.

Make sure you fulfill each daily quest to earn gold, which you can spend on packs. Right now, focus on classic packs and Kobolds and Catacombs ones. From Thursday through Sunday each week there’s a new Tavern Brawl mode to play which changes the game rules for extra chaos. Be sure to play this as one victory will net you a whole classic pack. 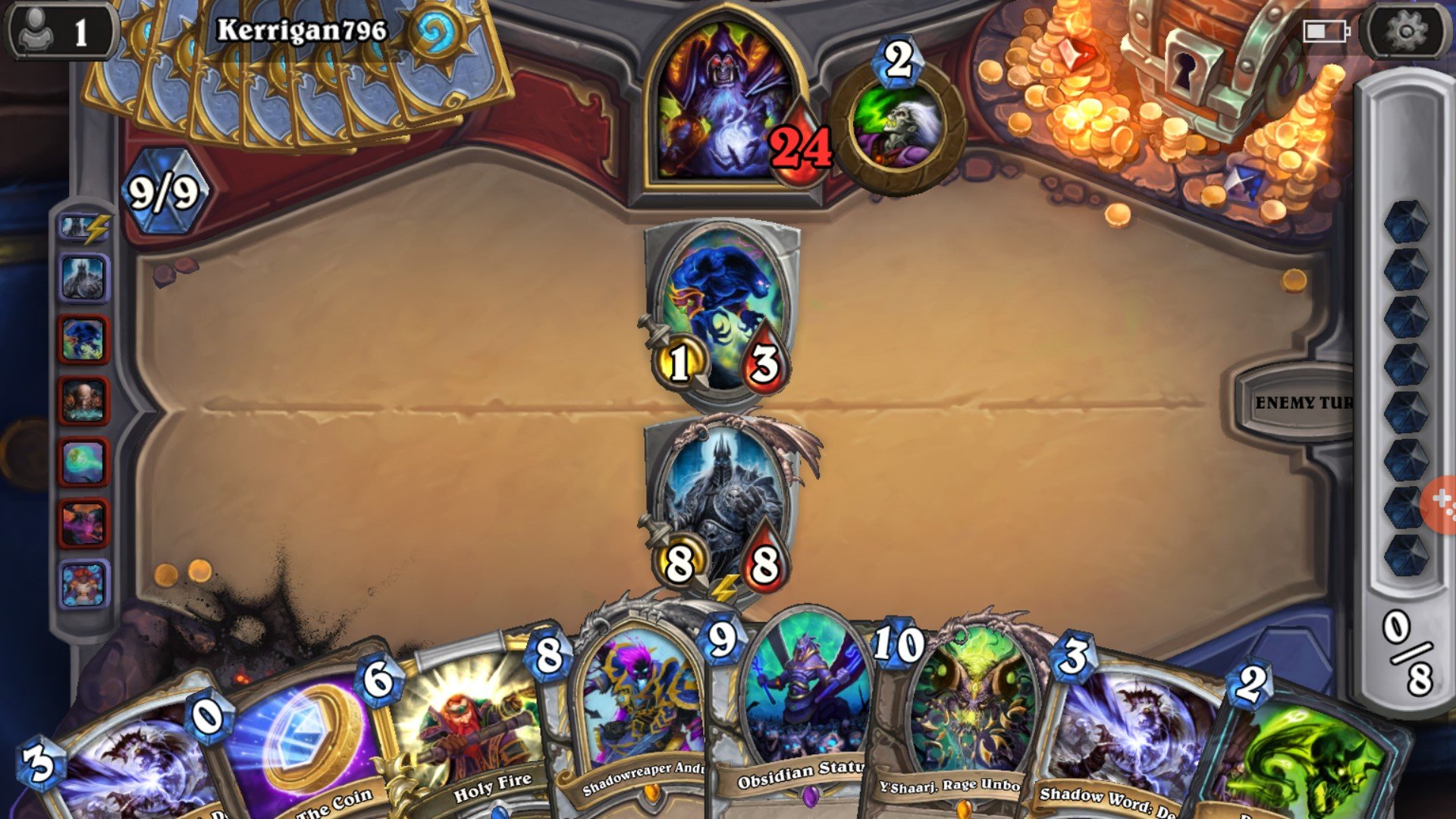 Once you’ve started getting more than two copies of a card, you can disenchant the extras for more dust. Also consider disenchanting any golden cards you get early on, as they’re just for decoration and are worth extra dust.

Choose a class you’ve enjoyed playing: or if you took the welcome bundle maybe the class you got the legendary for. Focus on putting together a cheap but powerful deck for that class. There are sites across the internet that discuss such decks so look them up. We’re going to go through some currently popular ones in future versions of this column.

Your new deck should help earn you more wins and more gold and packs along with it. Congratulations: you’re well on your way to the Hearthstone ladder and a potential lifetime of card game addiction!