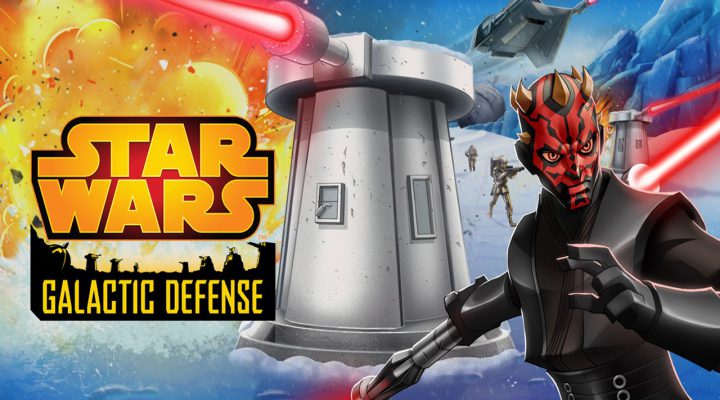 Star Wars: Galactic Defense is a Star Wars-themed tower defense game that fans of Kingdom Rush will feel right at home with. Featuring two campaigns, the Dark campaign and the Light campaign, players can head to battle with their favorite Star Wars characters – and they can do it with less frustration by using Gamezebo’s Star Wars Galactic Defense tips, cheats, and strategies.

Galactic Defense is not an easy game, and that is apparent very early on. Having completed the Tatooine level set, and beaten most of those levels multiple times, I have managed to put together some pretty solid strategies that will go a long way towards making your Galactic Defense experience as smooth as possible. 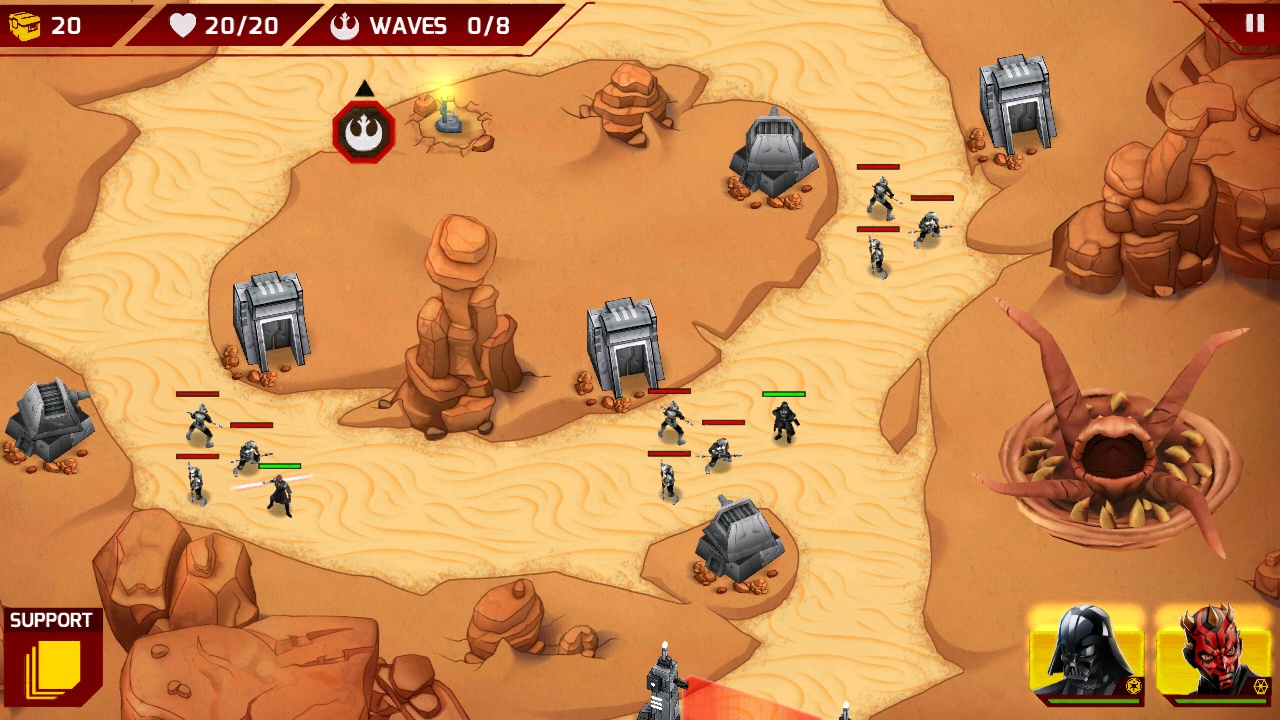 I’ve found that the best way to survive for long in Galactic Defense is to make multiple chokepoints by paring up a melee tower with a ranged blaster tower. This will break the wave of enemies up, as at least three enemy units become tangled up by the melee units. So, say a wave of six enemy units is approaching, the melee tower will keep half of them busy while the ranged tower picks off one or two of them, and then you only have to deal with the one or two stragglers that made it through, at your next choke point.

They Travel Single File To Hide Their Numbers 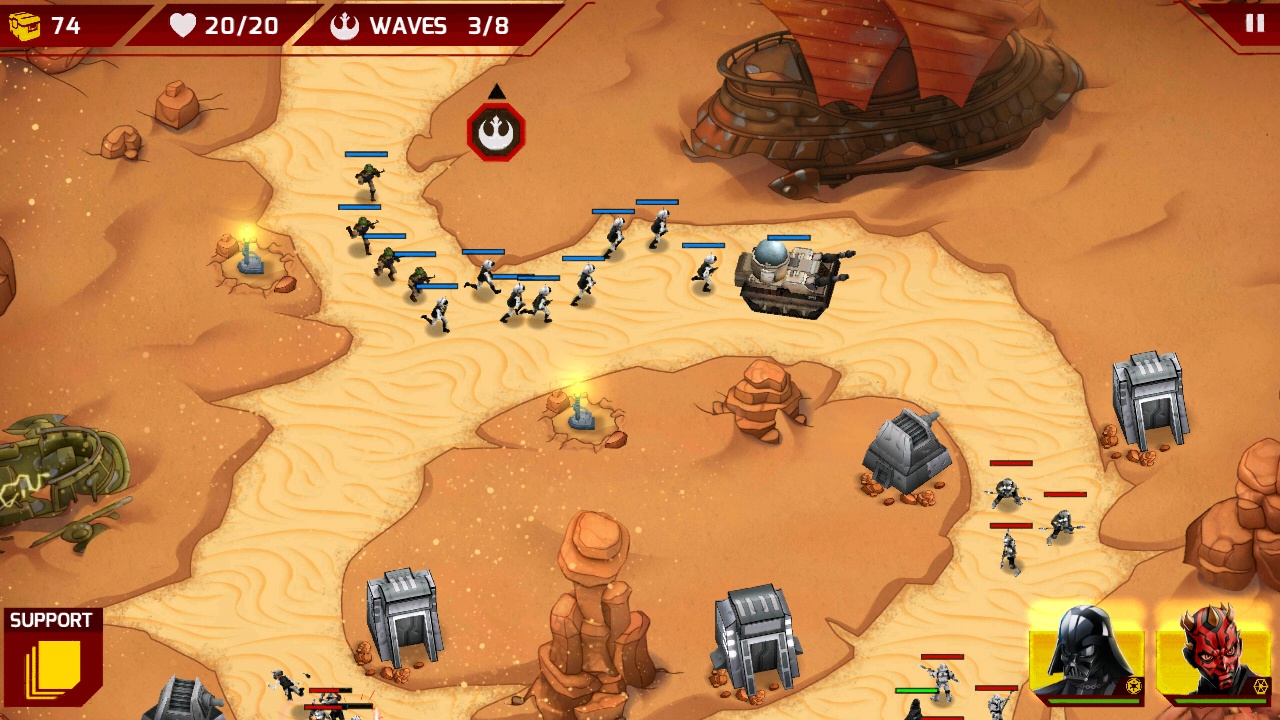 The enemies in Galactic Defense often come into the game as one long stream of units. Vehicle-based enemies, like speeder bike riders, can zoom right on by the melee units. Clustering all your ranged towers together is a bad idea as once those fast-moving units slip out of tower range, they are no longer taking damage. Spread the ranged towers out, and they will keep constant firepower on any units that break through your chokepoints. 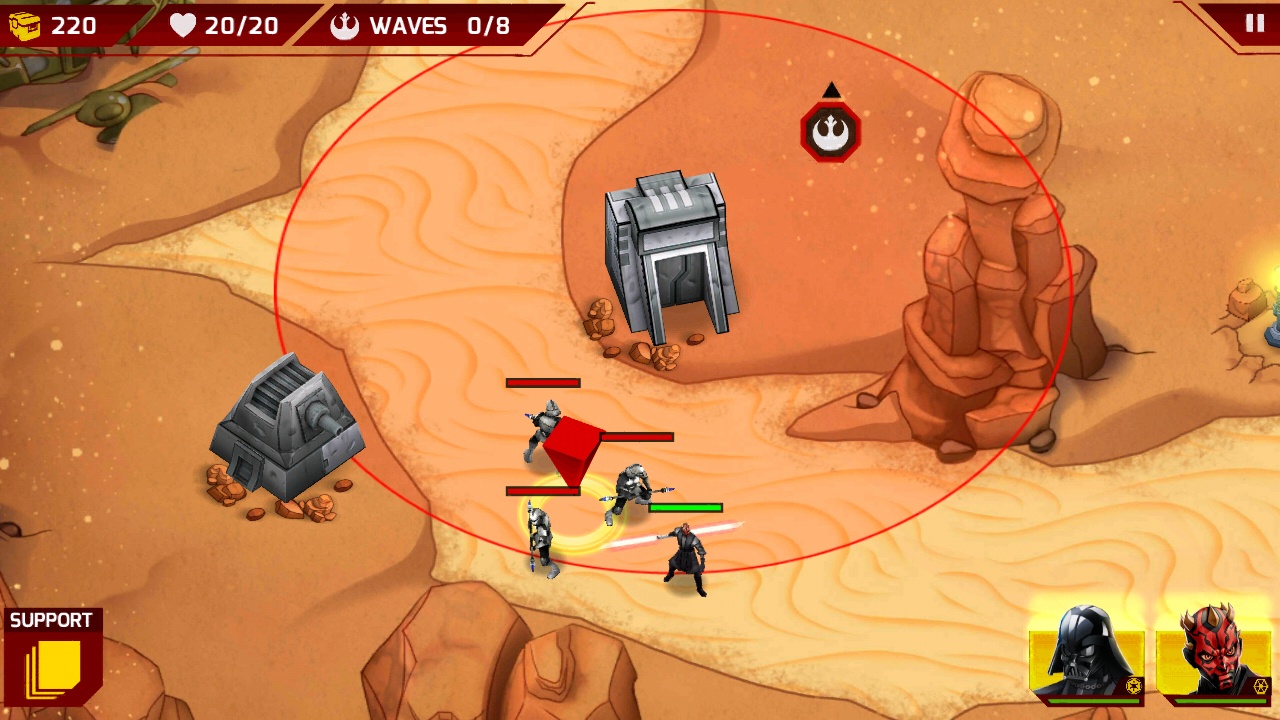 Take a moment to consider where your melee tower is deploying its units to. Always try to ensure that the supporting ranged tower (if you’re utilizing a chokepoint) is slightly ahead of where the melee units are positioning themselves. The reasoning for this is because enemy sniper units can pick off the melee units from a distance. If your melee units are pulled back enough, the enemy sniper will stand and take shots at your troops, conveniently within your towers range.

Complete The Circle, Become The Master 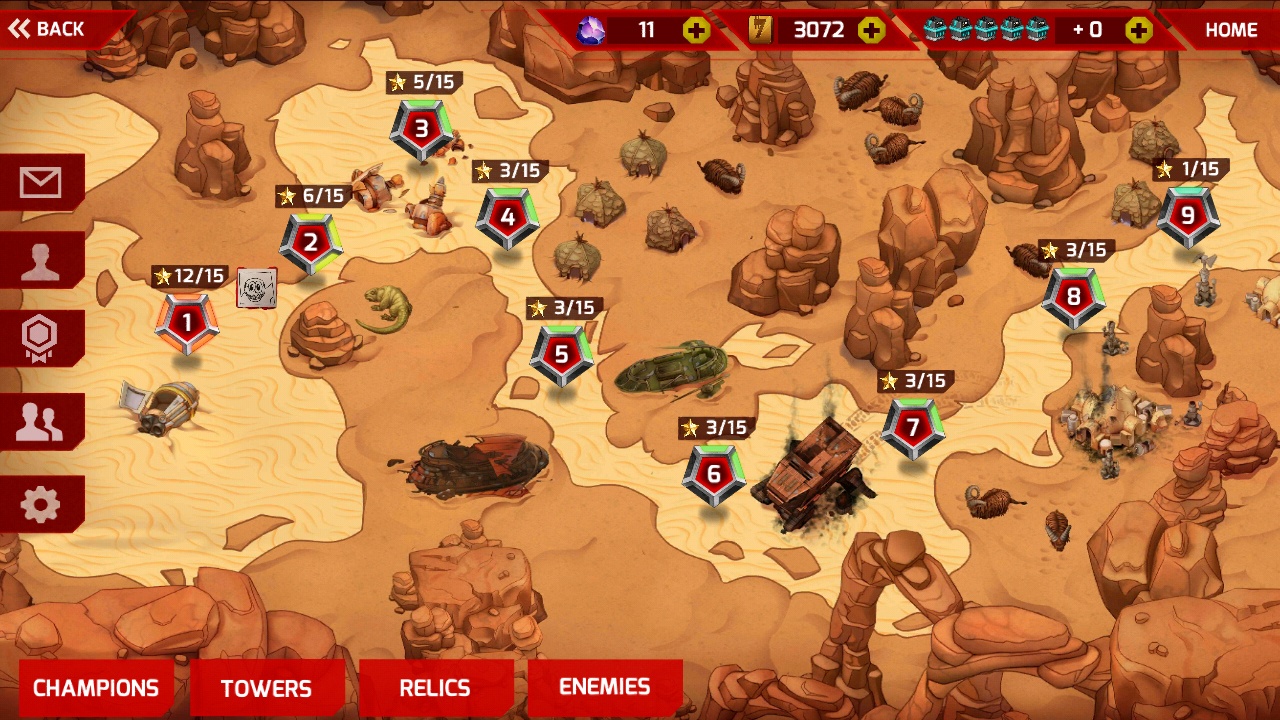 The key to successful progression (and keeping your sanity) in Galactic Defense is to go back and complete the earlier missions on harder difficulty levels. The difference in difficulty levels is hardly noticeable (except the Extreme mode, which I recommend avoiding), so you can simply employ the same strategies repeatedly for success and a nice boost to your champion’s and tower’s XP. 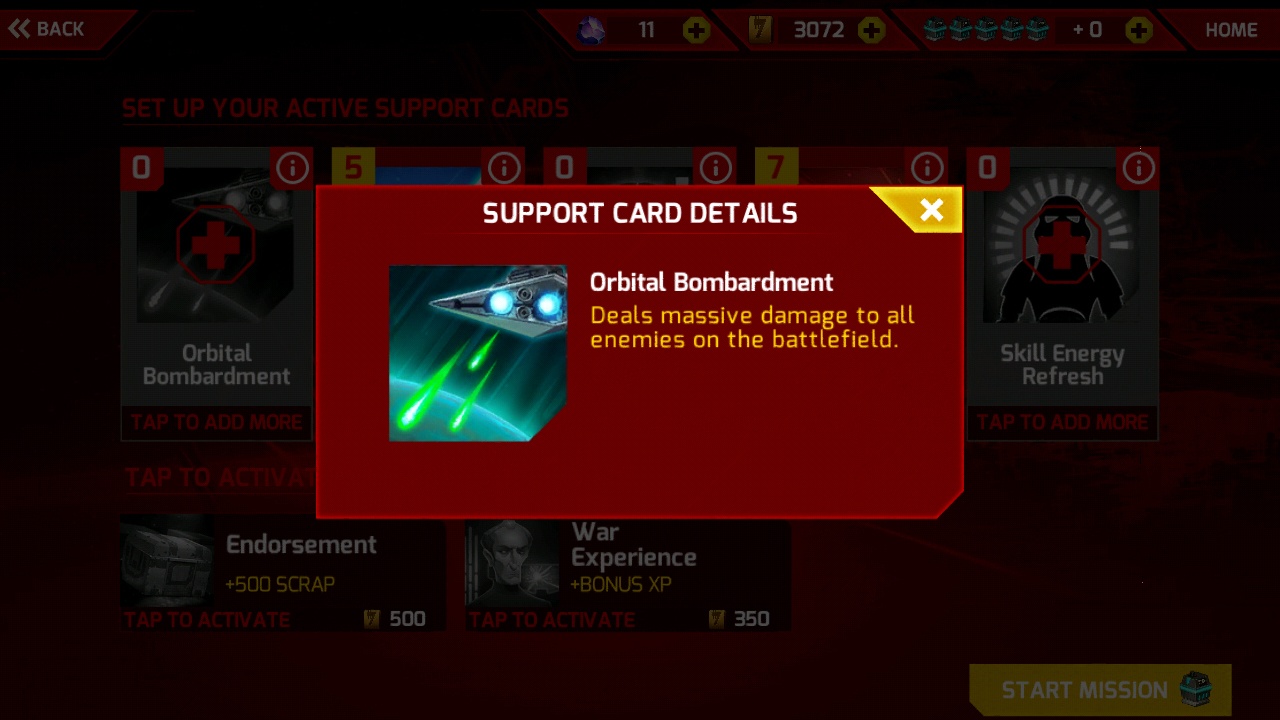 Orbital Bombardments are your “Get Out Of Jail Free” card. With a simple double-tap, the entire map is wiped out of enemy units. The catch here is that Orbital Bombardments cost you Galactic Credits or real-world cash, so you should use them sparingly, and only to the greatest effect possible. But when you’re struggling to hold back the last wave with just a few health points to your base left, calling in an orbital bombardment can guarantee that you see the next level.