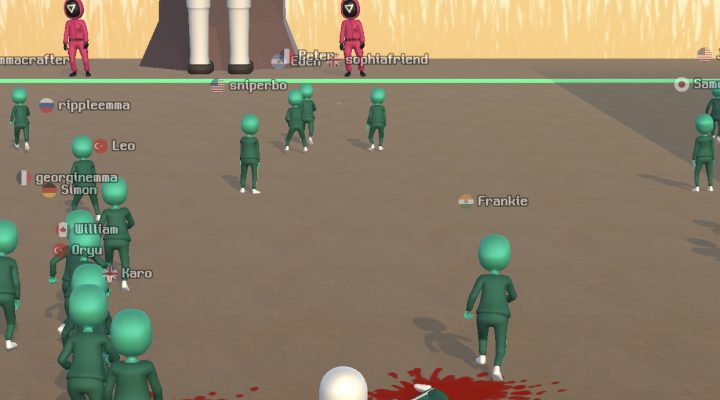 With all the ironic inevitability the world can muster, the mobile app stores are currently filled with knock-off Squid Game games. Squid Game Challenge is one of them. It takes the shape of the smash hit Netflix show and turns it into a hypercasual series of challenges.

There are hints, tips and cheats here for all of the levels in Squid Game Challenge, so whether you’re new to the experience or you’ve been playing for a while, there’s going to be something here to help you out.

The best way to beat this game is to keep an eye on the doll. The second that it starts to turn its head, lift your finger from the screen and stop moving. If you don’t, you’re going to die. Don’t touch the screen again until the doll has turned its head all the way round. You can get shot if you move too early, so caution is key. When you can move, head in a straight line for the end zone.

Caution is key here. Press on the screen for a brief time, make a cut in the candy, then lift your finger. Repeat this process and you should have more than enough time to cut out your shape without breaking it and failing the level.

The game tells you to tap fast, but that’s not actually the case. Look at the bar at the top of the screen – there are two white markers on it, and you need to keep your power between them. That means sometimes stopping tapping when the bracket moves down the bar, or tapping harder when it moves up. Once you get the hang of things it’s pretty simple.

Use your first couple of throws to gauge the strength you’re going to need to apply to get the marble into the hole. The hole is always the same distance from you, so once you’ve nailed it a couple of times it should become second nature to hit it.

You’ll be shown the pattern of glass that you can walk on before the game begins. A good way to remember it is to remember the number of panels on one side before you need to make a switch. Always pay close attention, and whatever way you decide to remember, make sure you follow the route exactly.

In the first part of this one you need to collect as much meat as possible. So long as your health bar doesn’t drop to zero you’ll be fine. Once you’ve done that, tap the screen as quickly as possible to beat your opponent. Use multiple fingers to tap like you’re impatiently waiting for something and you’ll do fine.