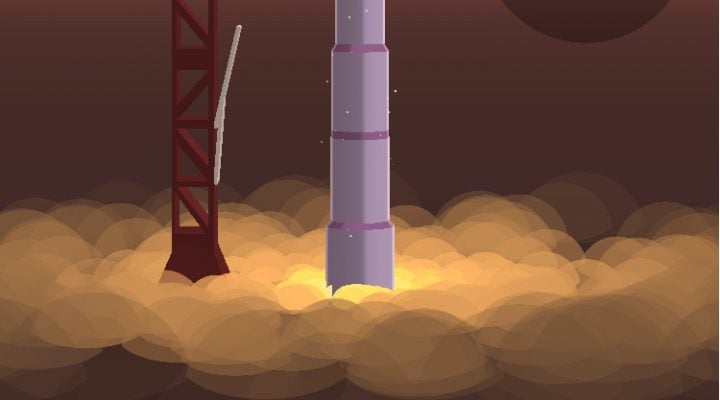 Space Frontier 2 is a brand new sequel to Ketchapp’s fiendishly addictive original. This one aims to fix a lot of the problems of its predecessor while remaining as intensely moreish, and it seems its achieved that.

This isn’t an easy game though – particularly if you want to progress fast and top those leaderboards. Fortunately for you, we at Gamezebo have played an absolute ton of it to help bring you up to speed.

So read on for all of our tips, cheats, and strategies that will help you have a successful space voyage. If you’ve got any tips to help us put it down, we’d really appreciate that.

Before we get into the nitty gritty of the tips, let’s first have a little refresher course on how Space Frontier 2 works. It’s a surprisingly simple game, that also hides an awful lot of depth.

You have to fire a rocket to a variety of different planets, and colonise them with astronauts to level up, earn gold, and progress to different galaxies.

But basically, all you have to do is tap at the moment a circle reaches the green zone. This fires off a part of your rocket, gives you a speed boost, .

Tap before the green zone and you’ll get no boost or coins. If you fail to tap at all, your rocket will explode, ending the round.

You also earn a better speed boost and more gold the later you tap within the green zone. Tap right at the beginning to get a great, slightly after that to get perfect, and right at the end to get an insane.

Focus on getting insane or perfect taps first

When you first start playing, or colonising a new galaxy, your priority should be on getting ‘insane’ taps as often as possible. You really want to earn as much gold as possible so you can upgrade your ship, and start boosting your high score.

Your first few taps will be pretty easy. Get a feel for how close to the edge of the circle you have to tap to get an insane score, then aim for that. Bear in mind that the further you fly, the faster the circle closes though.

If you fall short and get perfects, fine. Really at this point you just want gold, so earning some is better than dying in an enormous explosion. Unless you like explosions.

As soon as you can afford it, upgrade your ship. This will let you do one more tap in each run per upgrade. You can’t upgrade your ship indefinitely though, so don’t bother wasting any money on astronauts at this point.

The upgrade button is just to the bottom right of the screen. You should see three icons: an astronaut, a ship part below it, then another ship part on the bottom. Ignore the top and bottom and hammer the middle until it disappears.

Why? At this point you want to maximise your gold output and high score, so just focus on getting the biggest ship you can. As soon as it is at its biggest…

As soon as your ship’s at max level, switch your focus and hire astronauts. These dudes help you level up, and levelling up is key to unlocking new ships so you can explore new galaxies.

Spend all of your remaining gold on astronauts, then tap to get going. Your focus this time though, is purely on surviving. Don’t worry about earning gold at all, as the risk isn’t worth it.

You only increase your level by colonising planets, so dead astronauts are just a waste of money. Just aim for good or great taps and land safely on planets until you level up.

You’ve levelled up? Congratulations! You can now explore a new galaxy. Tap on the purple icon to the left of the screen and see if you can afford to head to a new galaxy. If you can, do so and recycle all of our tips so far. If you can’t, go back to focusing on ‘insane’ taps util you’ve earned enough money to progress.

That’s the core loop of Space Frontier 2 in a nutshell, and it’s insanely addictive stuff.

For a bonus tip, you’ll occasionally come across various items orbiting planets. When you’ve successfully colonised one, tap on the object and you’ll earn yourself a bonus item.

These can range from new ship appearances to gold multipliers (read: get more gold for a limited period). You’ll probably have to watch an ad, but that’s a small price to pay.

Grab Space Frontier 2 on Google Play or the App Store.