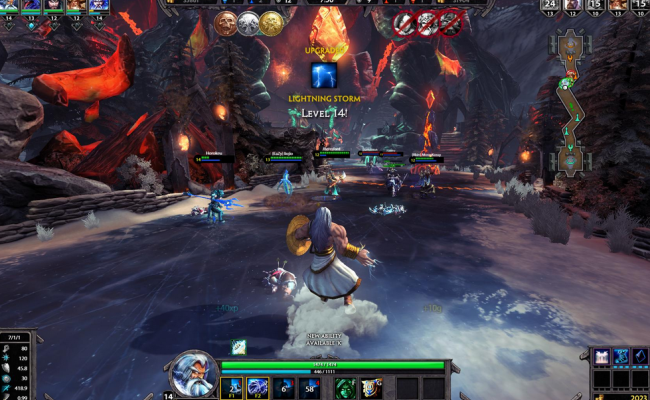 With over fifty gods and goddesses (all with their own unique abilities) and tons of items that offer stat modifications to all of those gods and goddesses, Smite is initially a very complicated game. Add to that game modes that already have their own metagames ingrained in the culture of the playerbase, and new players are instantly out of the loop.

Smite isn’t like the typical top-down click-and-run MOBAs either. Because Smite utilizes an over-the-shoulder camera perspective the majority of attacks and abilities require a good bit of aiming and skill. Fear not though, I’ve been playing Smite for well over a year, and after hundreds of hours spent destroying some of the most intense gods from ancient pantheons, I’m here to report to you on just how easy mastering Smite can be. 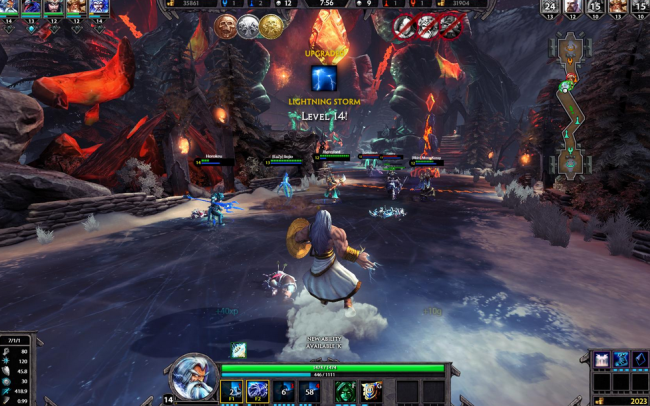 Give those toxic players the silent treatment! Hitting Tab during gameplay brings up the scoreboard and allows the player to mute anyone on their team. Smite is a fun game, there is no reason for a player to allow themselves to have a crummy time by listening to BM (bad manners) from other players.

Auto-buy is your friend. You probably didn’t learn how to ride a bike without training wheels, nor should you try to learn Smite without utilizing the auto-buy system. I used the auto-buy system for about a month and a half before I felt comfortable tinkering with my favorite god’s item build order. Decide which gods you like the best, get a good feel for how you enjoy playing them, and then begin to modify their item builds. You may be called an “auto-buy noob” for doing this, but I promise you, focusing on build order is something you can focus on once you get a handle on the other main aspects of the game.

The Conquest Combo. When you enter a Conquest lobby the first thing players do is typically call out what roles they would like. These roles are: jungle, adc (attack damage carry), support, solo, and mid. Typically, jungle roles are reserved for assassins, adc are ranged attackers, support are tanks, and mid and solo are gods that have good minion clearing abilities and high sustain. Check out the subsection below for a more detailed look on Smite’s Conquest metagame.

Pass on Sprint, buy Beads. Players can only possess two active abilities at any point during a game. Many newer players select Sprint (speed boot) and Meditation (instantly refills Mana) as their active items. Purification Beads are much more useful than Sprint as Beads can be used to negate hard crowd-control effects like Ares’ chain pull and Ymir’s freezing breath.

Play your ultimate off of your teammates’ ultimate abilities. This is key to winning teamfights. Every god has an ultimate ability that usually is their most powerful attack. As mentioned in the last tip, Ares’ “No Escape” ability will chain up nearby enemy players and pull them all together to Ares’ current position. This allows teammates to dump their abilities on one central location to damage multiple gods at once. So if your ultimate is ready and you see your Ares run in and scream, “I have you now!”…prepare to use your ultimate on his location. You will probably get a kill or two. 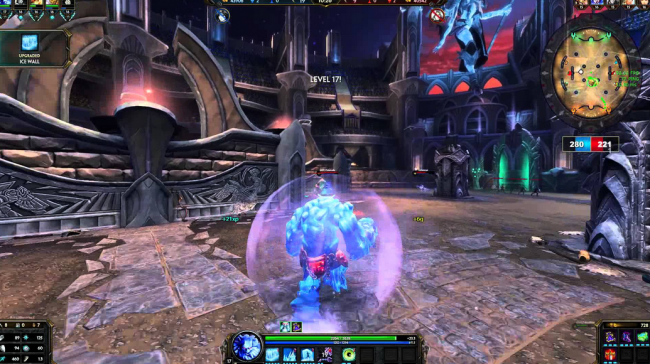 Bubble up! Tired of getting stunned all the time? Invest in Magi’s Blessing. The item is available in every game mode and when it is fully built it provides a shield bubble around the player that negates one crowd-control effect every 45 seconds. Magi’s Blessing paired with Purification Beads is a great way to avoid being yanked around by Ares’ chains.

Warding is key to survival. Buying and placing wards in Conquest mode is a cheap and easy way to avoid getting ambushed.  Drop a ward in the enemy’s jungle routes to see them coming long before they even know where you are.

Learn the voice calls and rotate. If an enemy is leaving your lane and heading towards middle lane, don’t just wait for them to come back, rotate and call out that an enemy is incoming middle. Smite has a great voice command system that can say a variety of things from “Enemy missing right/middle/left lane” to “I’m going for Jungle Buff” with just three or four button presses. This is a much more efficient way than trying to run and type out a sentence. Here is a great rundown of all the voice commands, and their respective hotkeys. 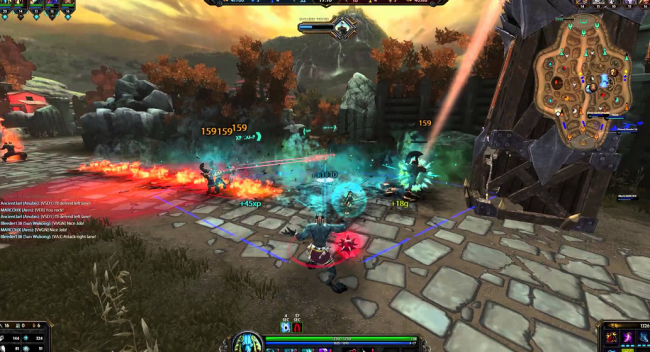 The Conquest map is divided into three lanes. The shortest side lane is always the solo lane.  At the beginning of each match, players typically head into the jungle (the foggy zones between the lanes) to clear out a few jungle camps before the minions make it into the lane. The jungle role should typically help the solo lane out for a few minutes early on, in case the enemy jungler shows up to try and overwhelm your solo lane.

The duo lane with ADC/support will typically help middle clear the mid  jungle camp if they’re in the right lane, but if they’re in the left lane, the pair will go for their blue (manna) buff camp, and clear it out for the ADC to take for sustainability. Support may want to invest in rank 1 Hand of the Gods as an active item as it makes clearing jungle camps very easy, allowing the pair to get into lane and begin pushing faster.

Once the jungler ensures that their solo lane isn’t about to be double-teamed, the jungle should immediately begin clearing out as many jungle camps as possible. Bumba’s Mask is a great starting item for junglers as it refills health back with each jungle camp kill obtained. I personally use Hand of the Gods to assist in clearing camps faster, too. Some players buy a red attack damage potion to use to help them kill the camps faster, but I refrain and instead save the gold to invest in wards (that I put on either side of middle lane) and upgrading my boots. 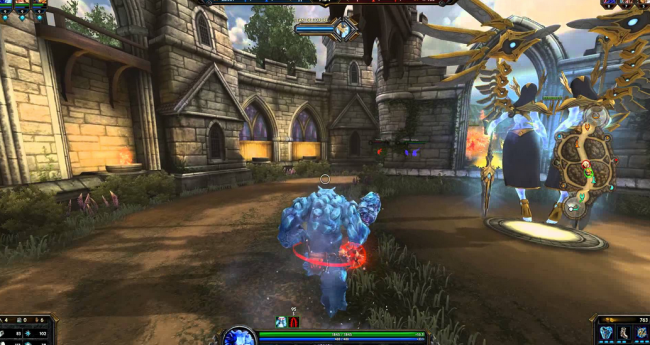 If an enemy player leaves the lane, always call the missing player. The key command VF1/2/3 calls “Enemy missing left/middle/right” and should be used as much as possible to keep the rest of your team alert to enemy rotations. If your team is warding, you will all see the rotations coming, but early on in a game when ward coverage is limited, use voice commands to keep your team informed.

Pay attention to the mini-map, and know where the enemy players are as much as you can. If you play too far away from your tower, you risk overextending, and are a nice easy target for the enemy jungler to move in and pick you off.

The mid jungle camps (represented by two large harpies) are the most valuable and respawn in two minutes after they were cleared. They provide more experience and gold than the two smaller harpy camps found closer to the phoenixes. Junglers should make it a priority to clear these camps out as frequently as possible.

There are two mini bosses on the Conquest map: the Gold Fury and the Fire Giant. Killing the Gold Fury rewards a team with 300 gold and 200 experience. Killing the Fire Giant give the team 150 gold and 200 experience, as well as giving every living player on the team the Fire Giant Buff, which provides exceptional attack power increases and increased mana and health regenerative ability for four minutes. Teams typically tackle either one of these objectives when the enemy team just suffered a handful of deaths, as it will be harder for them to contest the objective without full team strength.