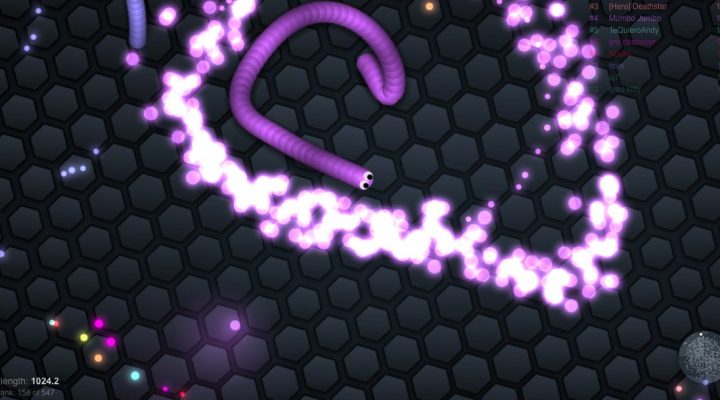 Slither.io is the newest entrant into “just get huge” multiplayer game category, previously dominated by Agar.io. The goal of the game is to simply get as big as you can, while avoiding hitting another worm with your head (which will kill you). There’s no benefit to living a long time, except insofar as you might get better at the game; but ultimately, the only score that matters is your length. While simply avoiding everyone is indeed the simplest way to progress, there are some other tricks to rising through the ranks. If you’re looking to become the biggest and baddest worm of the bunch, Gamezebo’s Slither.io tips, cheats and strategies should help.

When you start out, fresh and tiny, you have an advantage- maneuverability. You can turn on a dime without much drag, but you can also drift without tapping to change direction. As a tiny worm this means you can sabotage enormous worms, by cutting in front of them. You can shoot all over the place, changing directions in front of the big guys. They crash into you with their big slow heads and die and then you can eat up all their gooey worm guts and get bigger yourself. Make sure you are long enough that your head clears the collision because otherwise, you’ll both die. But just remember that turnabout is fair game, and eventually, someone younger and hungrier will be coming for you too. 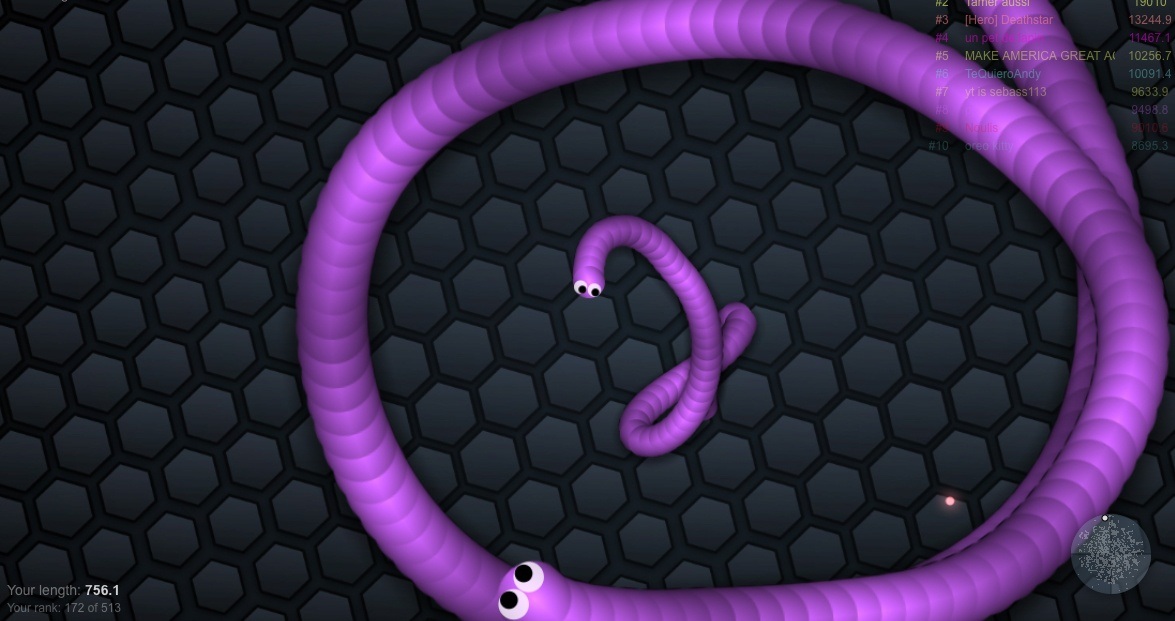 Circling is an important tactic, both offensively and defensively. When you are very big, you’ll end up with a lot more body than you easily direct. However, unlike Snake where a long body can mean defeat, making contact with your tail here will not cause any harm. If you circle up, you can protect your own head within your coils; you won’t be able to eat more food to grow, but you also won’t die. Conversely, you can encircle another smaller snake who will inevitably make contact with you and die, leaving behind tasty worm bites for you.

As more people join the game, the board will get more crowded and it will become increasingly difficult to grow. As such, playing at different times of day makes a huge difference in worm density. It is a global multiplayer game and it’s not entirely transparent where the server regions are; however, you’ll start to notice an ebb and flow on the board during certain times of day. Avoid playing during worm rush hour and you’ll have a better chance of growing. Along with seeing how many worms there are overall, you can use the heat map located in the bottom right hand corner of your screen to help you find open spaces along the outer edges where you can graze peacefully. 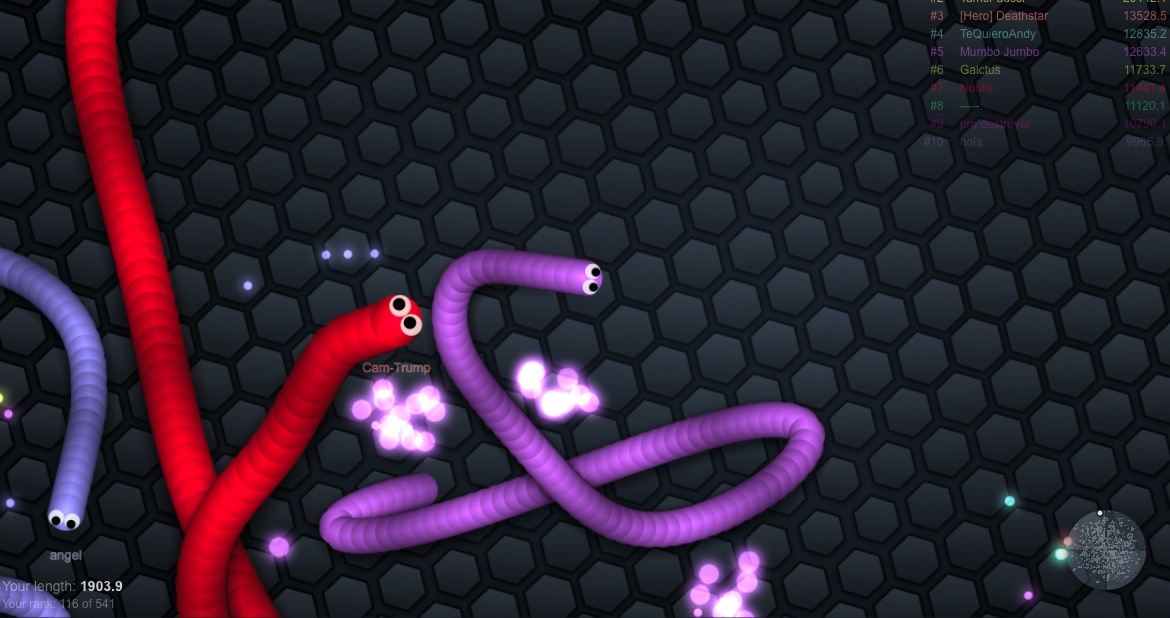