By Bernadette Russell | 3 years ago 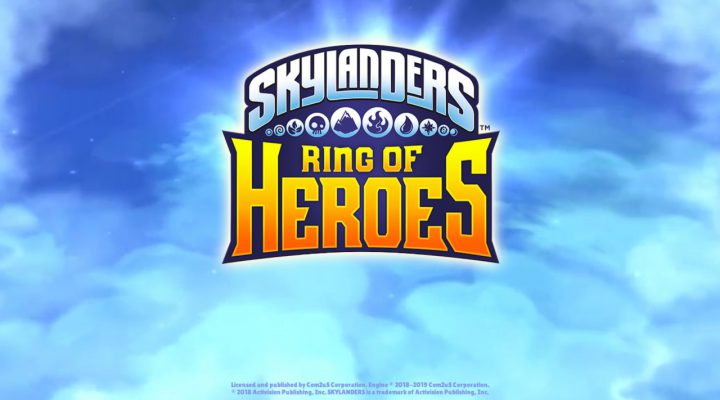 Based on the immensely popular toys to life game, this brings a whole new way to use the characters and worlds. Playing as the portal master, use a turn-based format to defeat armies of Doomlanders. There is a lot going on with this game but follow this guide to focus on the most important aspects to help level and unlock characters and earn rewards.

The battle scene can be confusing, but don’t make the mistake of bashing away at skills without considering the scenario. Characters on both teams have health and endurance bars above their heads, lowering the orange endurance bar leaves them open for large damage attacks and means they are unable to retaliate. De-buffs, or negative affects also show above the health bar and indicate things like poison.

The bottom of the screen shows a mana gauge in blue, and the skills available to your team. Each attack costs mana and has a cooldown timer. If you use low cost skills that are well timed, you have the chance to get in a move combo before being attached by the bad guys. Having higher level characters here means dealing more damage, but it the stronger the attacks the longer the cooldowns.

Don’t wait to take your turn. Tap on the skill you want to use, and if you have the mana it will join a que. You can line up several at a time which are indicated by a small red number over the skill and show up in the bottom left as a turn order. Don’t get too ahead of yourself and waste mana on many small skills when you could end a match with a more powerful move.

Its all about that base, so don’t neglect it. The home base is where you access most things, from the shop to quests, missions, rewards and getting new Skylanders to join your team.  To add a new Skylander to your team it must first be summoned from the bottom left, this is done by cashing in stones received as rewards for completing missions or quests. Whenever one of the base icons has an orange marker on it be sure to collect any rewards that are waiting there, these rewards are how you’ll pay to better your team, and your base.

Buy all the things. Whenever new structures become available for your base, investigate the benefits and almost everything has them. Some structures take time or levels to unlock, so focus on the paid ones as early as you can to make your levelling faster.

When editing a team, auto-fill is usually a good idea. This gives a mix of elements and higher levels for each of our adventures, which increases your success rate. Its helpful to know the skills and cooldowns in your team, so you don’t get stuck with a team that has everything on cooldown at the same time.

Part one of this guide will get you started, part two coming soon will guide you through guilds, battle arena and the best summons.