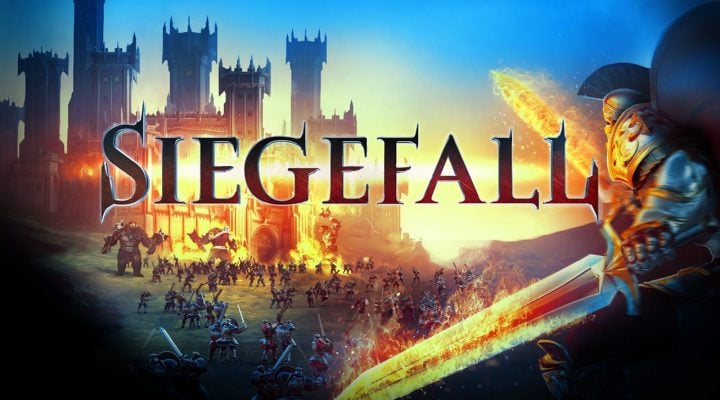 Even though Siegefall is a pretty familiar base-building strategy game, there are a number of intricacies and concepts that players should take into consideration that will ultimately help their armies preform better during battle.

After partaking in a number of fast-based, destructive skirmishes, I’ve put together the following list of Siegefall tips, cheats, and strategies, that are sure to get new players up to speed on some great Siegefall battle tactics.

A neat mechanic in Siegefall is the ability to summon in additional reinforcements instantly, during battle. By destroying enemy buildings, players are given food energy tokens which can be used to spawn in reinforcements. The more useful a unit the more food tokens it will cost, so a hero unit will cost more than archers, for example.

So if you see an enemy fortress has a lot of poorly defended buildings on the left side while the central base is heavily defended, consider attacking from the left side. By the time you destroy all of the buildings, you should be able to double your army size, making the central assault much easier.

An Army of One 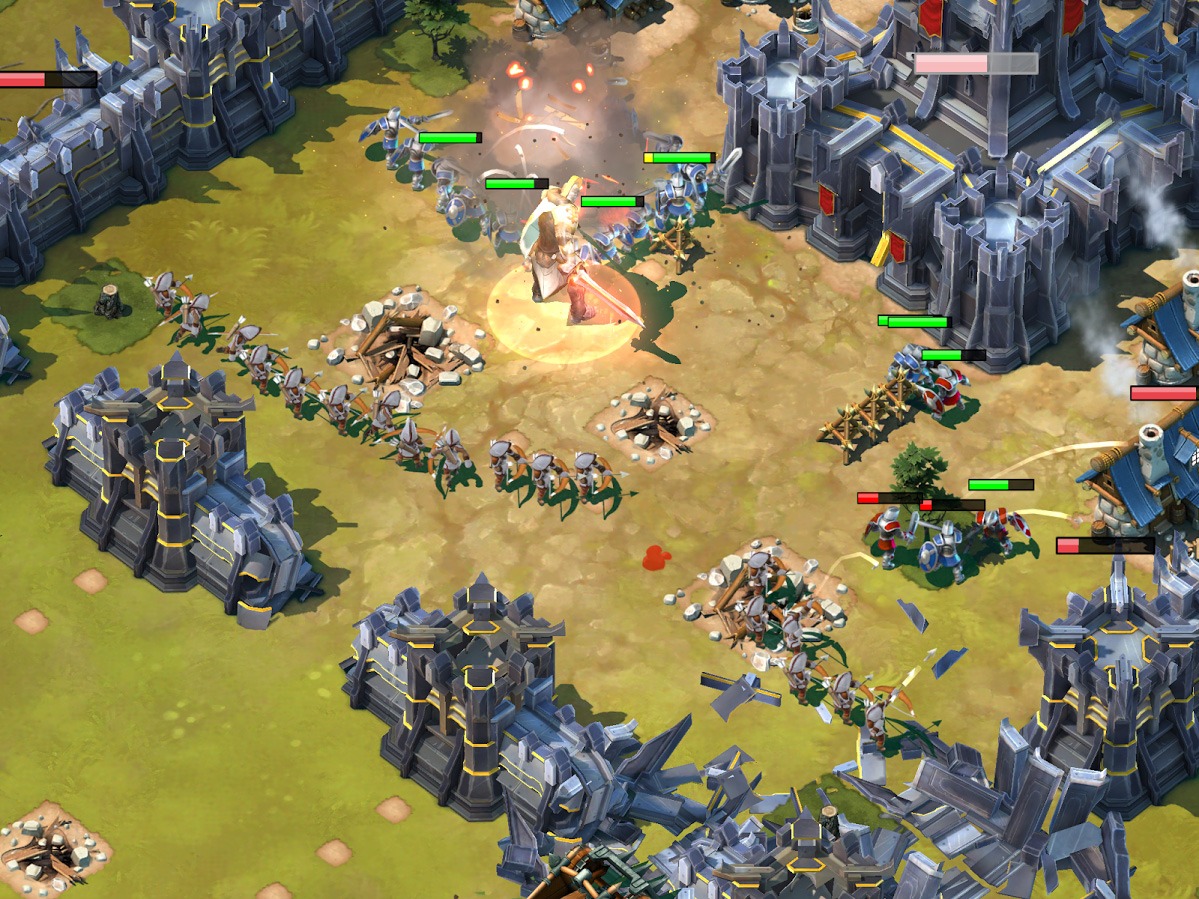 Don’t forget that you control the hero.

It’s super easy to just send in the first attack order and sit back and hope it all works out in the end. Don’t be that sort of player. Keep your hero moving. If he’s taking direct fire from an archer tower, move him out of range so that the tower targets one of your other units. The damage output of the hero is too valuable to lose, so let your other soldiers take the brunt of the attack while your hero moves in behind them.

The Hero Gets All The Glory

Because the A.I. will take over once you send in your troops into battle, it’s best to micromanage your hero and get them to hit up all the resource camps scattered around the base.

Friendly A.I. will gravitate towards the central enemy base, but once that’s destroyed the battle ends, even if there are still resources to collect. By sending your hero to take out the resource buildings, not only are you increasing your overall score, but you’re gathering food energy from them which you can use to instantly summon in additional troops. Most players keep their resource buildings horribly protected, so this is a super easy way to quickly double your army in size in a particular level. 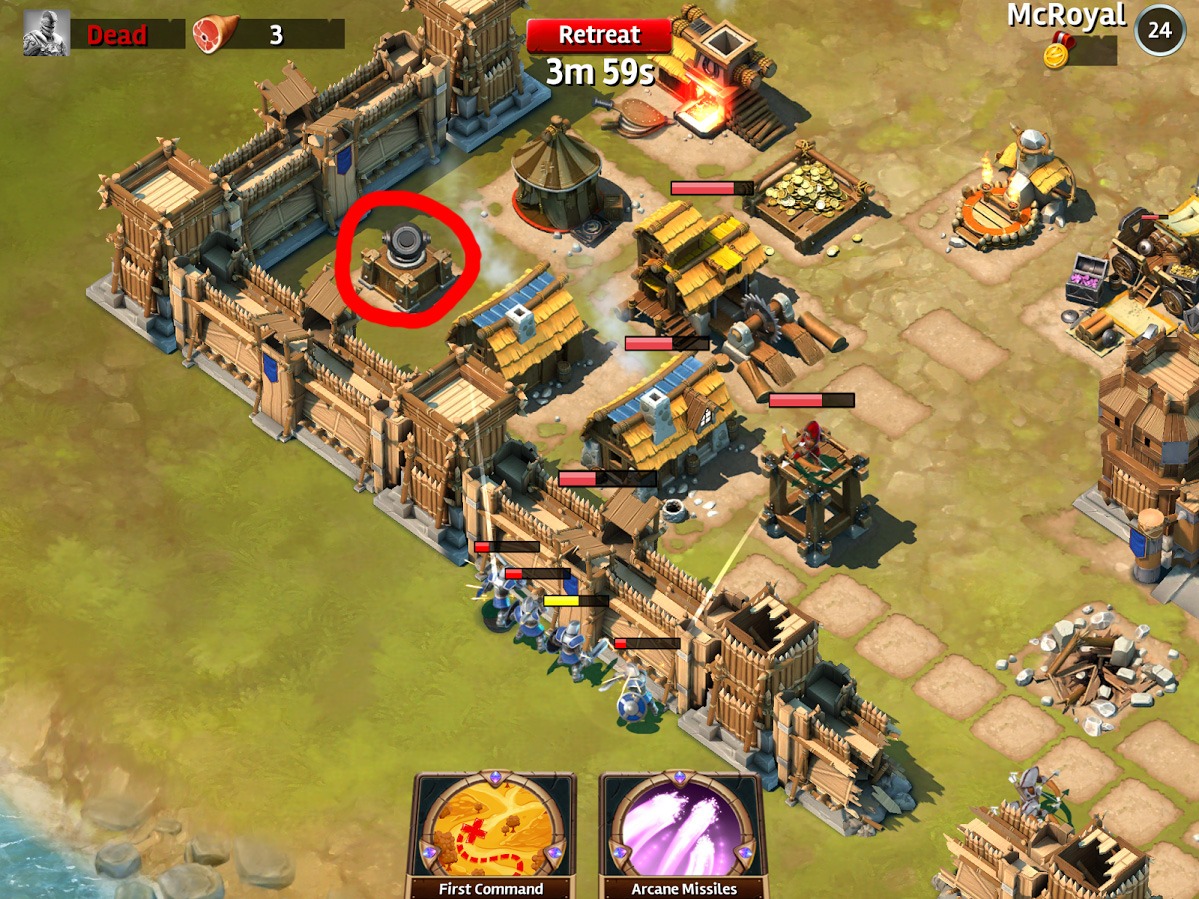 One of the most common enemy defenses you’ll have to deal with is a cannon. While archer towers are easy to take down if you swarm them, cannon towers are a bit trickier. The cannon shot will land and do a good amount of damage in a small radius. Considering your troops all move together in small clusters, this is bad news. The cannon towers have one weakness though: they cannot attack units that are directly below it.

With that weakness in mind, I found the best way to handle cannon towers (when simply avoiding them is impossible) is to send in a group of knights to run through the cannon’s line of sight to another objective to snag the attention of the cannon. Have the rest of the troops come in a bit behind the first group. Time it so by the time the vanguard of knights has left the cannon’s radius, the second group of soldiers will be right beneath the cannon, hopefully well at work dismantling it. 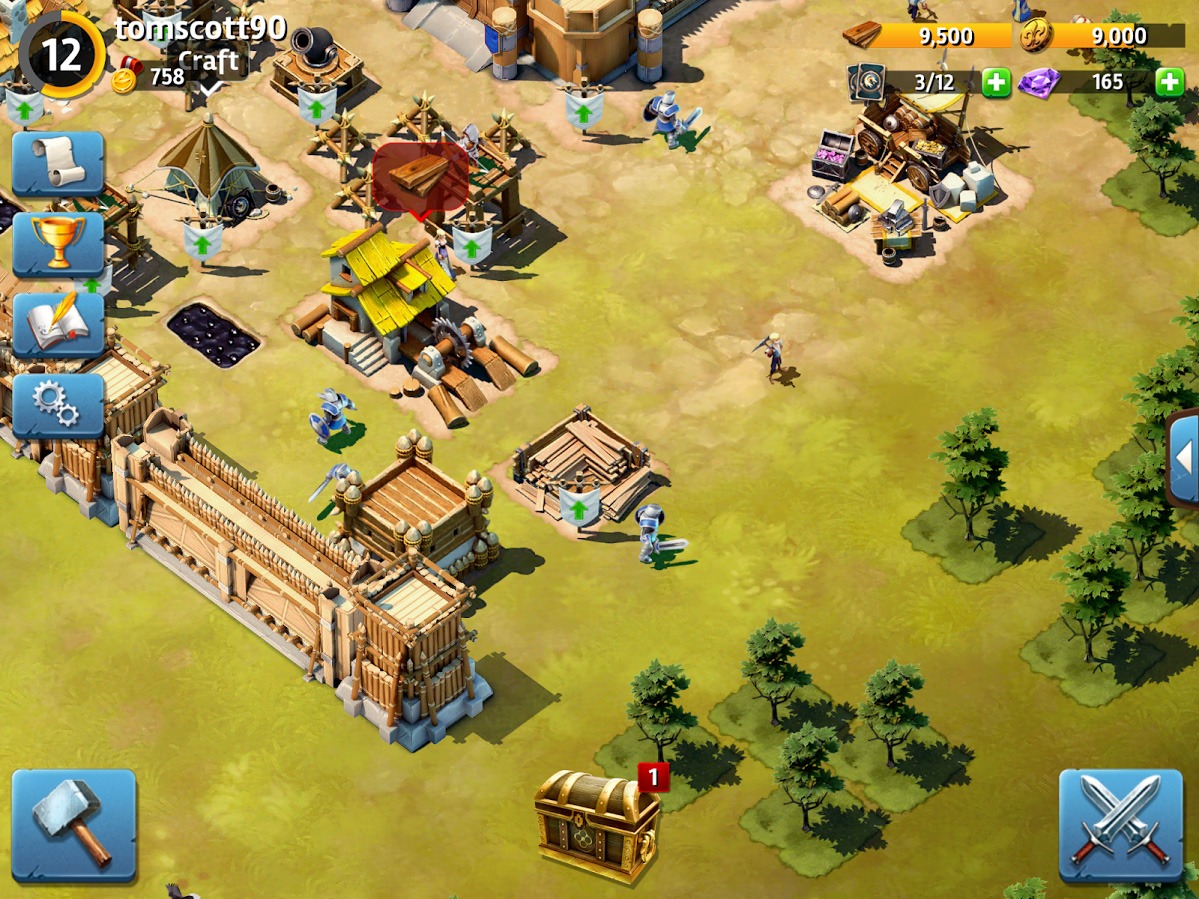 There is a lot to upgrade in Siegefall. Basically everything that you can build can be upgraded. Always look out for the little green flags that appear outside of buildings which are ready to be upgraded.

Remember that beyond buildings your soldiers can be upgraded, as well as your hero and their abilities. Even the amount of cards you can carry can be upgraded. So many things to upgrade!

Inside Out Thought Bubbles Tips, Cheats and Strategies