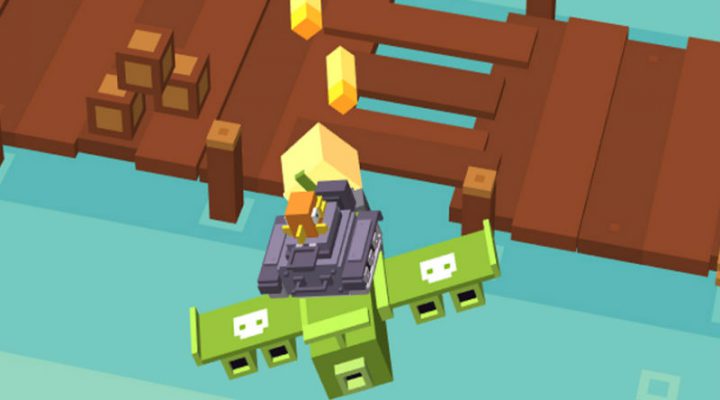 Shooty Skies is an endless flying / shooting game from Mighty Games. In this game, you pilot aircraft and shoot down threats like bats, robots, and cat videos. As you progress, you’re given the opportunity to unlock more pilots and upgrade your plane. Gamezebo’s Shooty Skies tips, cheats and strategies will help you fly like a kite up to the highest height. 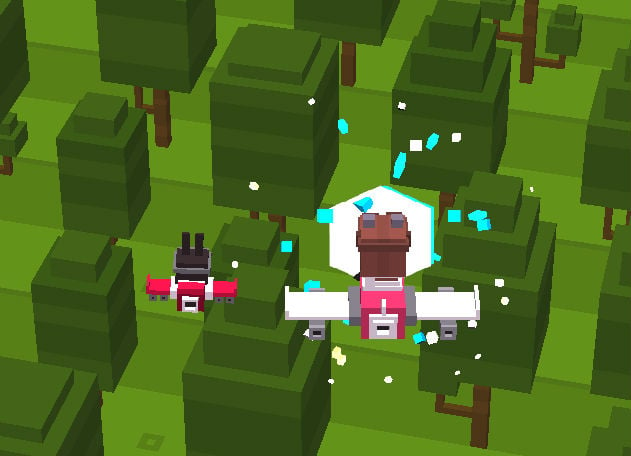 The key to surviving — and thriving — in Shooty Skies is developing an instinct for when it’s safe to charge your guns, which is done by lifting your finger off the screen. Of course, you can’t control your plane as long as your finger is lifted, which leaves you extremely vulnerable to enemy attacks. At the same time, charged shots are vital for taking down big enemies while simultaneously dispatching the small ones that inevitably show up at the worst times.

Luckily, it’s not necessary to charge your shot all the way; even a half-charged shot can be very effective. Lift up your finger for a second at a time in order to get used to the game’s timing. When you feel more confident and learn more about enemy patterns, you can go for longer charges.

Gun purchases aren’t permanent, so use them carefully 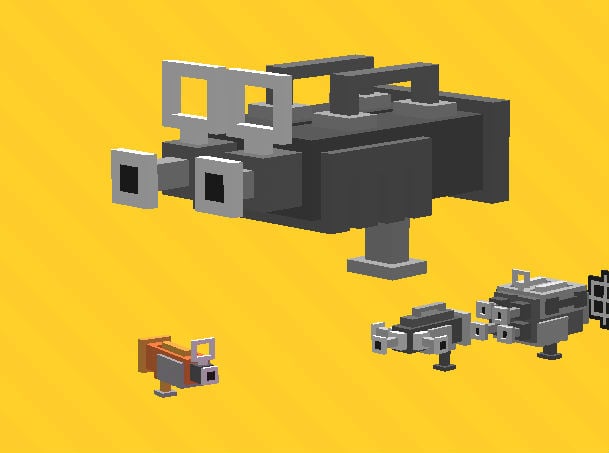 You can find gun upgrades in blue boxes, but you can also start the game with increased firepower if you visit the in-game store. Thing is, these upgrades are expensive and can only be “rented” for a couple of hours.

If you’re going to sign on for the upgrade, make sure you’re committed to playing the game for the next while. Upgrading from the get-go is a good way to challenge your high score and collect coins (you should be able to make back what you spent, provided you play long enough). 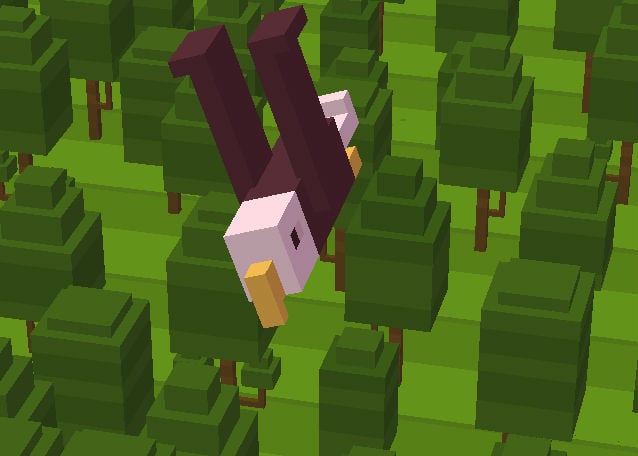 Larger enemies tend to have farther-reaching projectiles, so it’s a good idea to dispatch them first. Again, using a charge shot will weaken the big baddies and will also take down any hangers-on in the area.

Sort the good fire from the bad fire 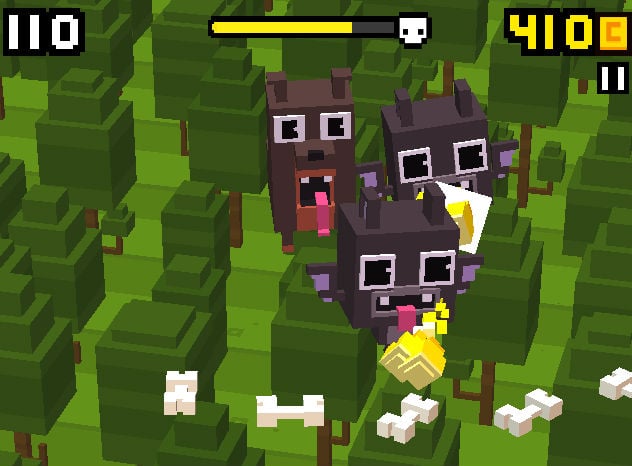 Shooty Skies is a busy game! Learn how to identify enemy fire from beneficial boxels (presents, coins, your own fire / fire from your wingmen). It takes some practice, but once you’ve sorted out everything visually, survival becomes a lot easier.

Some pilots can be distracting 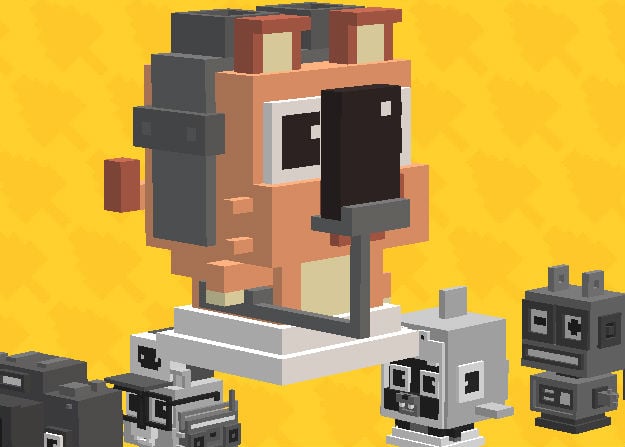 Collecting pilots is fun, but be careful if you decide to make a switch: Some pilots can actually distract you! Selfie Cat snaps pictures of himself while he flies. It’s about as safe as it sounds.

Some pilots change the game’s background 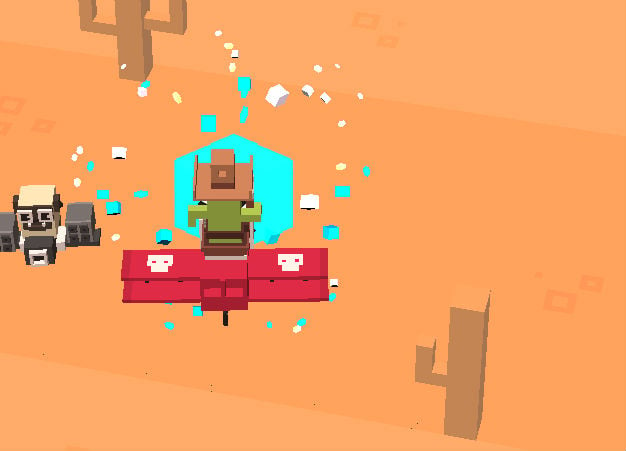 Need a change of scenery? Selecting a new pilot might give you a new background. Dribbles the cow flies over the Old West. Fish Tank flies over the ocean. It’s a small thing, but it’s a fun thing.

Prioritize blue boxes — but watch the red ones! 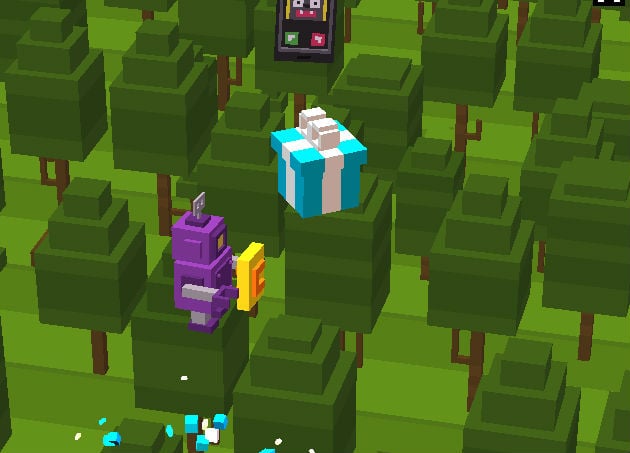 Whatever else you do in Shooty Skies, you should do whatever it takes to chase down blue boxes and retrieve their contents as safely as possible. You simply won’t survive for long without upgrades.

That said, watch out for red boxes. They explode!