Home / Walkthroughs, Tips, Cheats / Shadowgun Legends: A guide to progression and levelling up

Shadowgun Legends: A guide to progression and levelling up 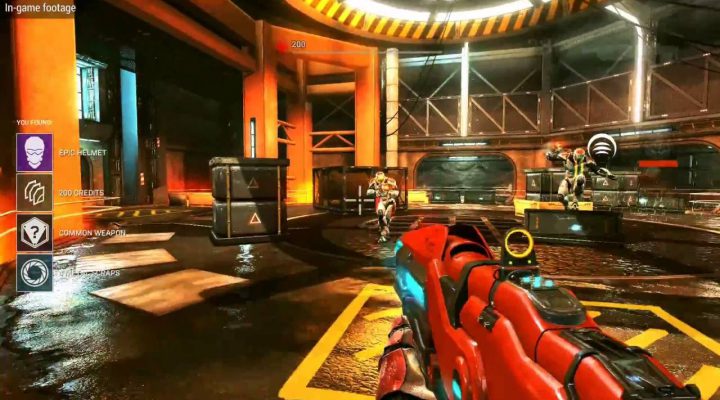 Shadowgun Legends boasts more killer content than a mobile shooter has any right to possess, from its countless campaign missions to the never-ending delights of its multiplayer arenas. The bullets rarely stop flying, but there’s more to it than killing anything that moves. Thanks to its RPG components, the game comes with brains as well as brawn.

With this in mind, it’s important to put careful thought into matters such as the gear you equip, the skills you assign and the way you go about levelling up. These are the things you must consider if you want to become an intergalactic bounty hunting legend, and our golden nuggets of advice will help players of all skill levels make the right calls.

Slade is your man for fame and fortune

There are many ways to earn XP and fame points in Shadowgun Legends, your lifeblood when it comes to progression. Solo missions, PvP contests and co-op quests are all viable options, but sticking to the former is the quickest way to level up, especially when starting out.

Specifically, focus on completing the missions and side quests handed out by the vendor John Slade in the main hub, as they come with the highest helping of XP and fame once completed. Put PvP and competitive multiplayer on the backburner and tick as many of Slade’s missions off as you can. There will always to time to team up with other players or pit your skills against them further down the line.

Here’s a bonus tip: go for headshots when up against AI foes in campaign mode, as pulling these off will help you rack up extra ranking points.

Enter a sponsorship contract as soon as possible

Although many of Shadowgun Legend’s best items can be earned by completing missions, other gear must be purchased with in-game currency, so it’s important to keep your pockets well lined. Working through the campaign quests will help you do this, but it’s possible to make a tidy sum on the side by entering a sponsorship contract.

You can do this by visiting Hakim in the main hub, but he’ll only cut you a deal once you’re an established bounty hunter. Wait until your fame level has reached something close to 100,000 before pursuing this revenue stream, as that’s when things start to get lucrative.

Sponsorship contracts are Madfinger’s way of providing an incentive to log in regularly, and there are deals which reward you for playing daily, hourly or at fixed intervals. Enter the highest-paying deal based on how much Shadowgun Legends playing time you can fit into your schedule.

To become a legendary bounty hunter, you’ll need the best gear in the galaxy and that often means bankrolling its acquisition yourself. Sponsorship and solo campaigning will make you rich eventually, but there’s an optional skill you can unlock to get there faster.

There’s a passive ability located in the Survival section of the skills tree called Master Salesman, and it becomes available when you hit level five. With this under your belt, you will earn more for every item you sell to a vendor in the main hub. Since you’ll be offloading unwanted armour and weaponry on a regular basis, this is a skill you should consider unlocking, because it will literally pay off in the long run.

Plan your upgrades in advance

Attempting to apportion upgrade points evenly and simply unlocking the next available skills are common mistakes most Shadowgun Legends newbies are likely to make. The most important thing to consider when working your way up the game’s skills tree is to plan ahead, take a look at the endgame rewards in the Survival, Combat and Agility categories, as well as the hybrid sections because you won’t be able to accumulate enough points to unlock every one of them.

By tapping on an upgrade, you can check out what it entails long before your chance to unlock it arises, so have a scout around and take note of which skills are likely to complement your play style. For instance, reaching the top of the Survival-Agility hybrid tree gives you a power-up that makes you invisible for 15 seconds, and that will comes in really handy to anyone who plays a lot of PvP.