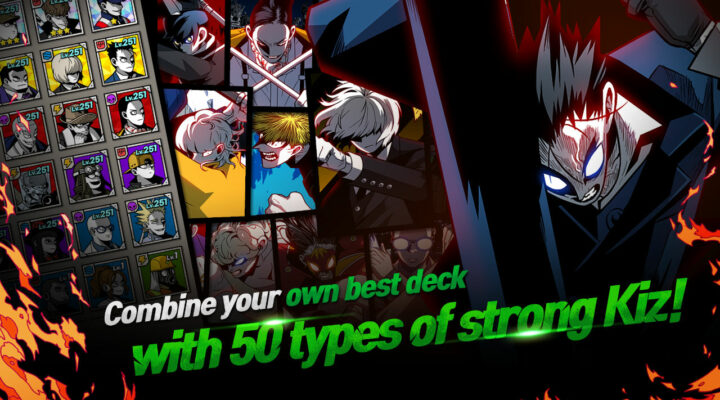 If you’re a big gacha gaming fan, and you’ve just started Seoul Apocalypse, then chances are you’re here because you want to perform a Seoul Apocalypse reroll. Well, you’re in luck, as that’s exactly what this guide is here to help you with. We’ll walk you through the exact steps on how to reroll, including when it’s best to, what to expect, and how to actually do it. We’ll also talk you through some additional steps that we think are necessary to maximise the value of your rolls.

Seoul Apocalypse is a super-stylish new AFK RPG that sees you collect a bunch of characters in card form, create a powerful deck out of them, and send them out into battle against your post-apocalyptic enemies. Your characters also fight automatically, earning rewards while you’re sleeping or working. As a result, it’s a great game to fit in for those with a packed schedule.

We’ve put together a Seoul Apocalypse tier list to help you pick the best characters, and it really is the perfect place to start before using this guide, as it will help you determine who you want to pull for. You can also grab some freebies from our Seoul Apocalypse codes guide. We also cover a bunch of similar games, and recommend checking out our Alice Fiction tier list, Among Gods tier list, and Infinite Magicraid tier list.

Now, we’ll help you to perform a Seoul Apocalypse reroll by walking you through the steps, including the best time to do it, and then how to pull it off.

Rerolling is a popular practice in gacha RPGs that allows you to perform your initial free gacha pulls over and over until you get a favourable result.

Not only does this give you free access to an S tier character, but it will make the early phases of the game an absolute breeze, as you can smash through all content.

For those that plan to spend in gacha RPGs, it will also potentially save you a lot of money in the long-term.

When Should I Reroll in Seoul Apocalypse?

That’s the easy part: we recommend performing a Memento Mori reroll as soon as you unlock the ability to perform a ‘Limited Recruit’, which gives you an increased chance at getting Stone Blade, an S tier character.

This is also when you gain access to a variety of in-game rewards, including mission, pre-registration, login, and more.

Okay, now you know the whats and whys of rerolling, here are the steps you should take efore rerolling:

This will give you 3,150 Diamonds, 3,000 of which you need to perform that first 10x pull. There’s no point playing any further either, as Seoul Apocalypse is pretty stingy with its day one rewards, so unless you want to play for days or weeks before rerolling, you might as well start over immediately.

What we will say though, is that you should also pull your 10x normal as well, as that can get you decent rewards. It’s free as well, as you get ten tokens when collecting your initial rewards. We got a ‘Heroic’ character from ours.

Once you’ve performed the above, check your characters: did you get who you want? If not, let’s take a look at how to actually reroll.

How To Perform A Seoul Apocalypse Reroll

Okay, here are the steps you should take to perform a Seoul Apocalypse reroll. Fortunately, it’s pretty easy in this game:

Now, you can start Seoul Apocalypse from the beginning without even needing to delete it or perform any complicated steps.

Once you’re happy with your roll, we strongly recommend linking your account in the game’s menu. Not only will this allow you to play on multiple devices, it will also safeguard your account so you won’t lose progress.