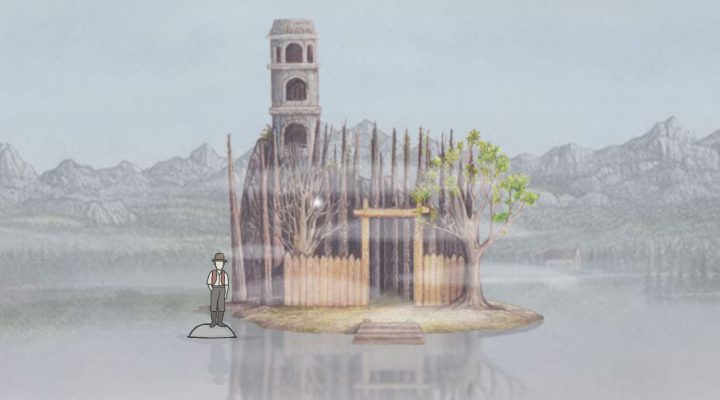 Part of the fun of an excellent puzzle-based point and click adventure like Rusty Lake Paradise is taking the time to figure out how to unwrap all of its mysteries on your own. Still, we live in a spoiler culture, and sometimes you simply want to know what to do next.

Other times, you get stuck and just need a helping hand to get you back on track. Either way, you can take advantage of the time we spent in Rusty Lake’s bizarre take on the promised land with our Rusty Lake Paradise walkthrough of The First Plague: Water turns into Blood. Hope you like leeches and are thirsty for some blood!

When you first arrive on the island, you’ll see a man (that’s you!), a boat and a locked gate. The man guarding the gate wants a shrimp to let you inside. Time to get a-looking.

The first thing you’ll want to do is tap on the boat, where you’ll find a machete and a fishing hook. Tap on both of them and they will be added to your inventory.

If you tap on the weird fruit that is on the ground, you’ll get your first taste of how to use items in your inventory. Tap on the machete to make it active, then gloriously hack the fruit up by tapping on it repeatedly. A worm will emerge, and you can tap on it to add it to inventory too.

There’s a cluster of bamboo to explore as well. Activate the machete, then hack the lone reed on the right-hand side down to create a stick. Take that to the man and hand it to him, and it’s clear he’s going to use it as a fishing rod. But he still needs line …

Back to the boat! You’ll see a small box sitting beneath one of the seats. Tap on it, then tap and drag on the latches to open the box. Inside you’ll find fishing line (convenient!) and a letter. If you tap on it to read it, you’ll find out why you were summoned to Paradise and who sent for you.

Give the line, hook and worm to the man and he’s ready to fish. Tap on him to cast, and in no time, he’ll produce a shrimp. Not sure that’s how you catch shrimp IRL, but hey.

Tap on the top speakeasy-style window at the gate to talk to its guardian, then the lower one to get him to extend his hand. Give him the shrimp and you’ll be allowed inside.

Here’s where things really start to get weird. The next section of this chapter of Rusty Lake Paradise is set in a forest with three screens: the first has an old lady and a goat, the second has a water pump, and the final one features a strange totem pole and a small hut that you can enter by tapping on the door.

First you’ll need to visit the old woman. If you tap on her face repeatedly, a leech will eventually emerge from her nose (yep, you read that right) and you can add it to your inventory. You can also talk to her by tapping again once she’s leech-free.

Next you’ll want to head to the hut and enter. Tapping on the man will reveal who he is and that he’s thirsty. While you’re there, you can tap on his plate and then tap on the shrimp so it breaks apart and you can collect a second leech. That cabinet in the hut is also vital; slide the latches open and take the jug that’s inside. 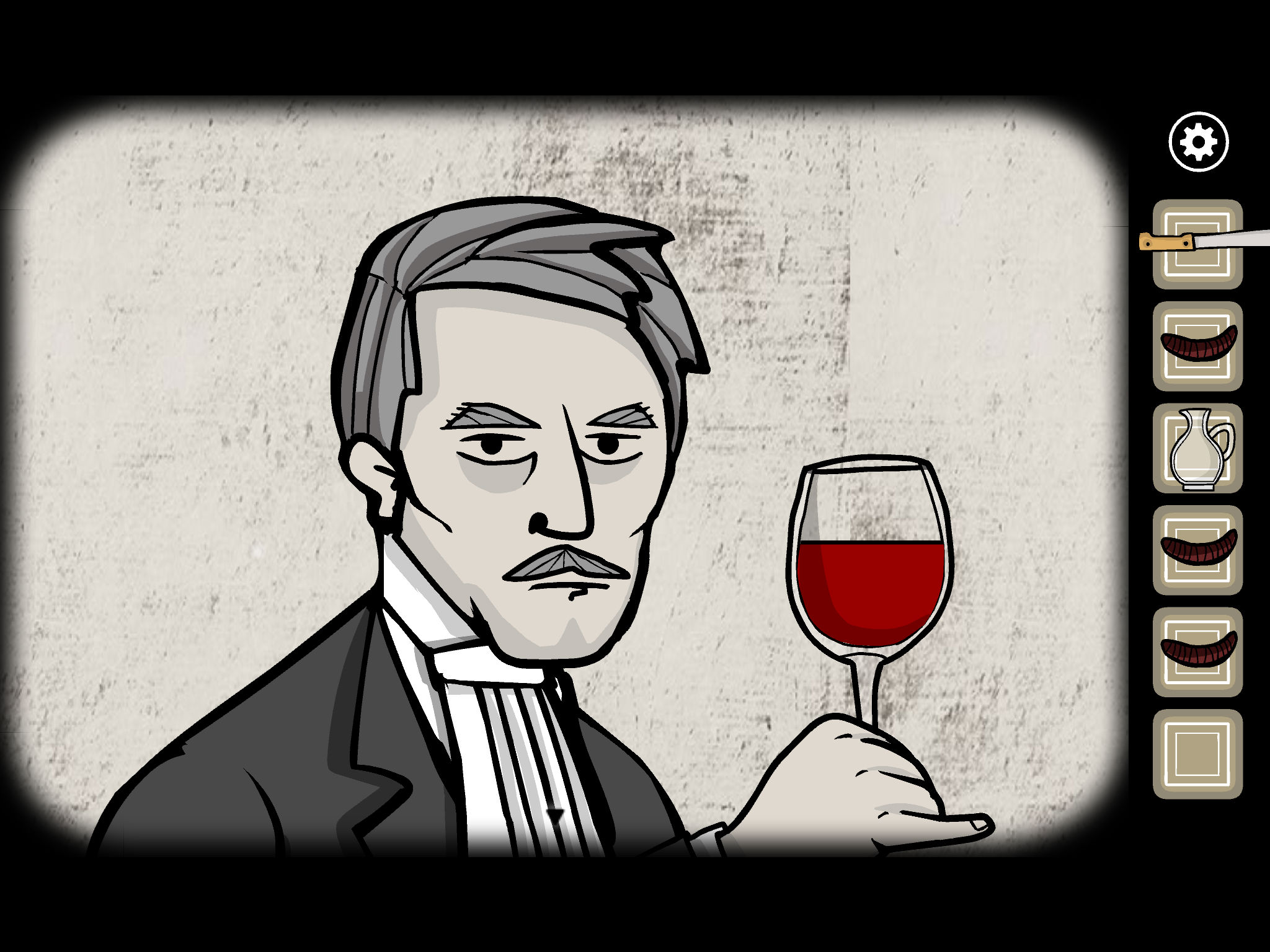 Return to the pump screen and place the jug beneath it. Then tap on the pump to fill the jug with blood, return to the man in the cabin and fill his glass with delicious blood. Goes down smooth once you make him drink it, plus you’ll get a third leech when he’s done.

Now return to the pump and fill the jug with blood again. This time, take the jug to the goat and fill his bucket with blood, because animals in Paradise love them some blood too. Make the goat drink the blood and collect a fourth leech from its tongue.

Congrats, your inventory is now mostly leeches. But that’s about to change, as the totem pole now comes into play. You’ll see a faint outline of a leech in the totem’s mouth, which is a clue for what you need to do: place a leech in the mouth, then slide the totem’s wings up and drain it of blood. Do that for all four leeches and you’ll receive a key, which you can take to the locked gate at the end of the forest.

We’re not quite done with this chapter. After opening the gate, you’ll be visited by a shadowy figure who says, “Bring my memories to the lake … and the lake will stop bleeding.” Tap on the shadow again to make it disappear, then advance to a screen with a small temple and a bloody lake.

You can tap on the blood puddle to see it up close, then tap again to make a coffin float to the surface. Tapping on that will get you to its lid, where you can use the machete to loosen all the screws. Inside the coffin is a box, and inside that is a black cube that gives you a creepy vision before you can add it to your inventory.

It’s time now to visit the temple and finish this chapter of Rusty Lake Paradise. The temple contains an altar of sorts with a gold chain hanging over it. Tap on the chain to examine it close up, then once more to reveal a cube-shaped compartment. Place the black cube inside, then back away to watch it lower into the altar, with a mural that is now glowing white.

Tap on the mural to view it up close, then tap several times on the white cube to end The First Plague. Ah, but there are plenty more, so be sure to check back with Gamezebo as we walk you through all of them.

World of Warships Blitz tips, tricks, and strategies for beginners 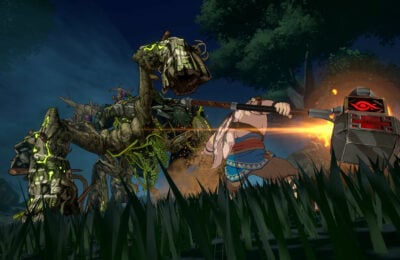 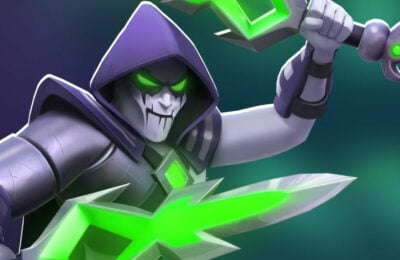 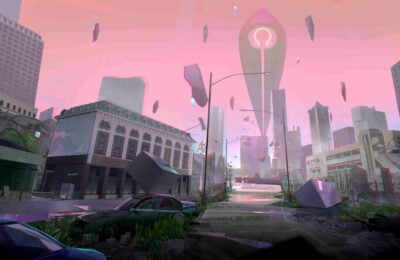