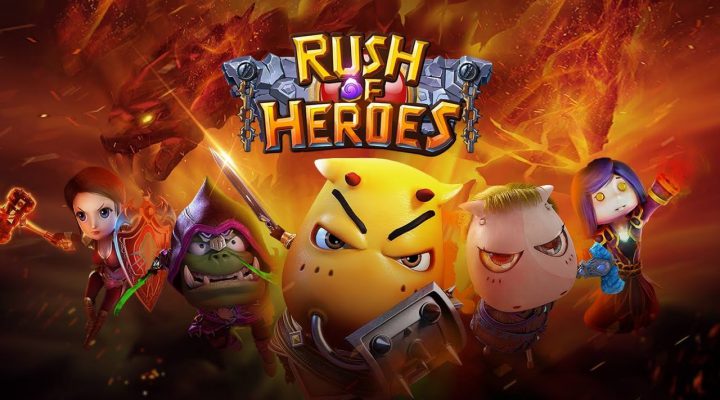 Rush of Heroes is a new adventure game from Firefly Games. In Rush of Heroes, players must build up a team of heroes and ensure they are capable of tackling the game’s gauntlet of single-player levels and multiplayer activities.

With our Rush of Heroes tips, cheats, and strategies, players just starting out on their adventure are going to be well prepared for the dangers that await them as they progress.

There is very little to do during battles in Rush of Heroes. You will spend most of your time just watching your little heroes bounce around on the screen as they peck away at the health of the enemies. Because there is little to do, it is very easy to zone out and be distracted by whatever is going on around you.

As I played Rush of Heroes, I had Netflix running in the background, and I’d constantly find myself looking up from my iPad during a battle only to forget I was playing. Then I’d look down a minute later to see that all my heroes had their special abilities ready to go.

Special abilities regenerate over time, so it’s typically beneficial to activate them as soon as they’re ready so they can start powering it up again. Pay attention and your damage output will be that much better.

If you find yourself playing Rush of Heroes for large chunks of time, do remember to check back in on the main menu from time to time. There are occasionally free things waiting for you in the Tavern. You’ll see a little red dot next to the Tavern’s title, and that means you either have enough credits to buy a chance roll, or you have a free roll waiting for you to use.

You can get anything from gold to items to new heroes with these rolls, so it’s always a good idea to check on the Tavern before you head out on a long adventure, and then again before you log out of the game. That’s even more true if you’ve been playing for an extended period of time in one session. 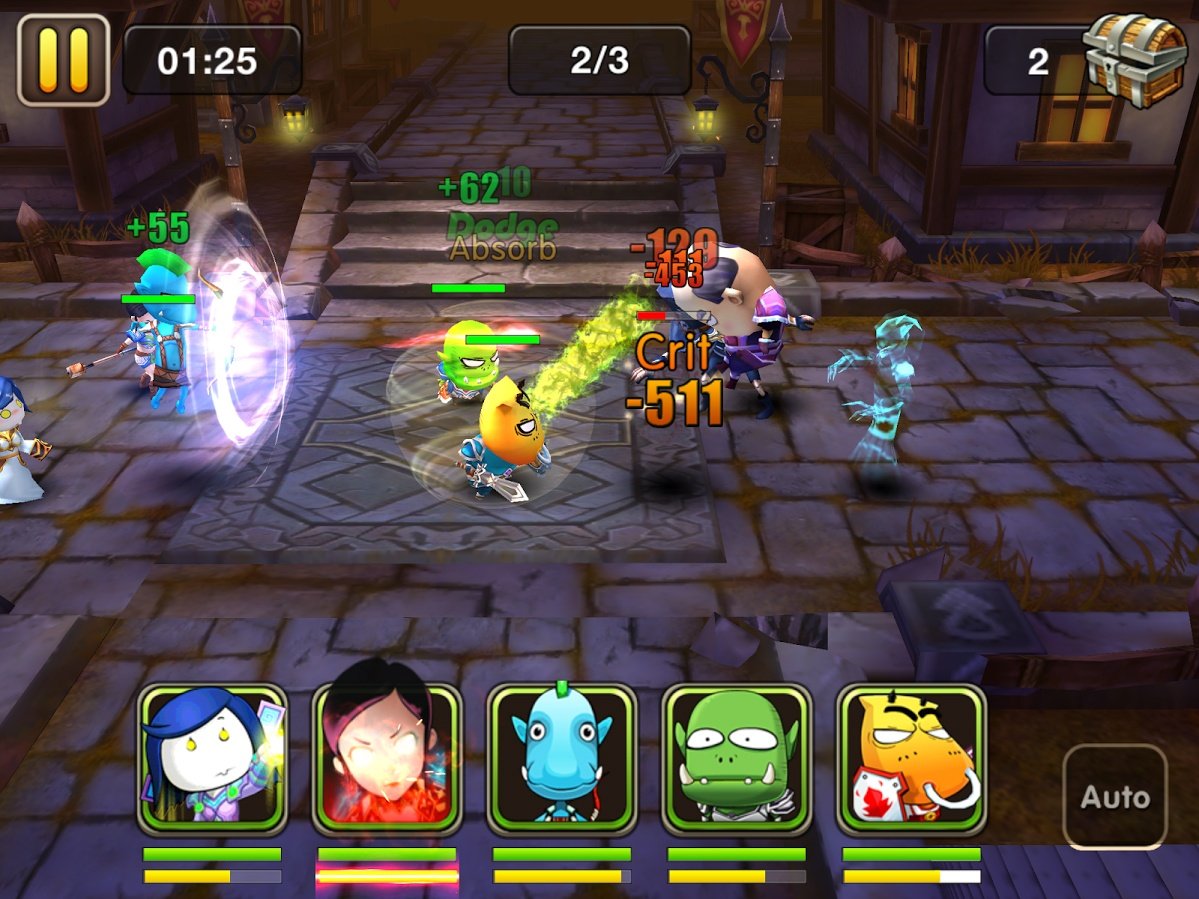 You have one job to do during combat, so you better do it the best as you can.

Learn each of your hero’s special abilities and keep in mind their functionality when you activate them.

For example, if one of your heroes has a special ability that attacks multiple enemies at once, save that for when there are multiple enemies to damage as opposed to using it when there is only one enemy on the battlefield. Or if your healer is ready to cast a mega-heal, save it for when one of your heroes actually could use it, rather than just using it because it’s ready, even when no one is even hurt. 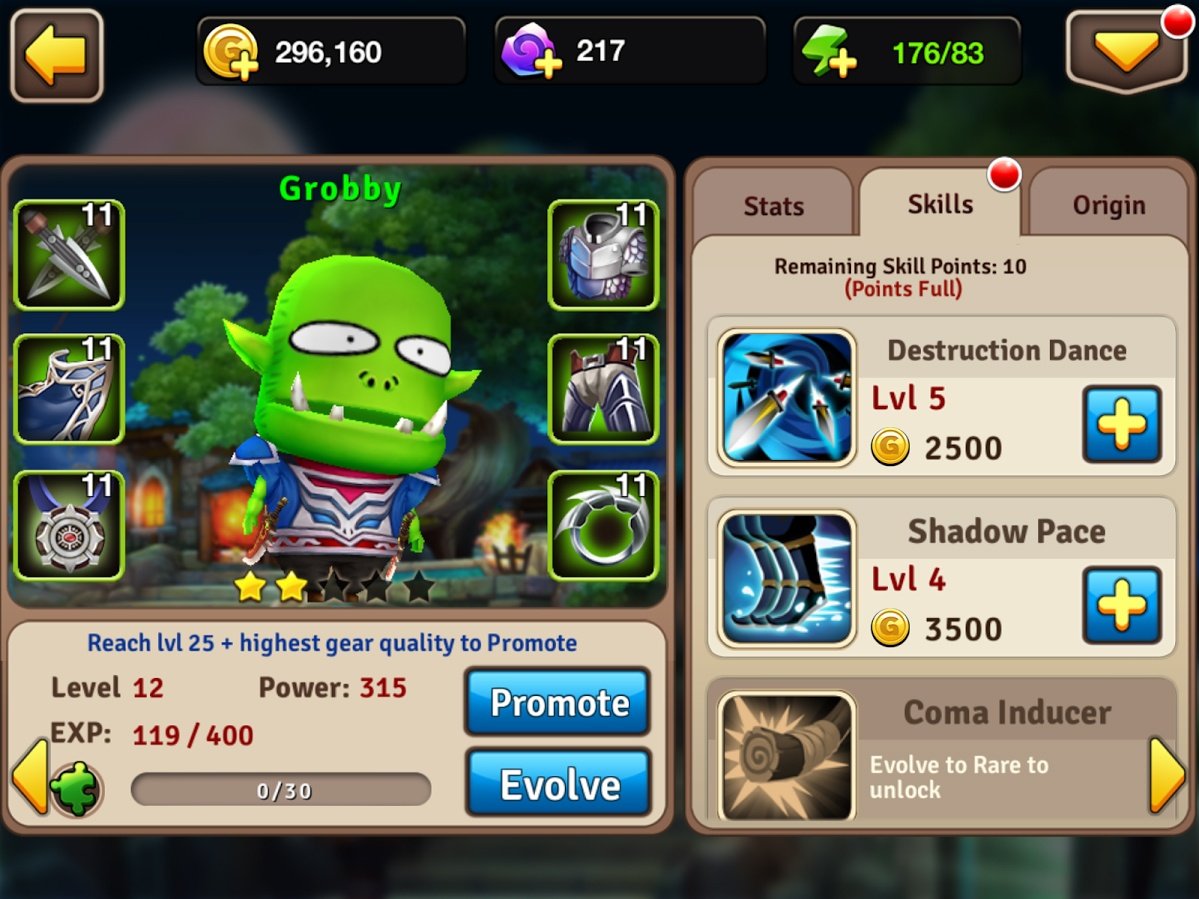 Just like with our previous tip, in Rush of Heroes it is crucial that you always take a minute to look over your heroes to see if anything can be upgraded.

Upgrading is as easy as selecting the gear or character that is indicating it can be improved and clicking the “Upgrade” button. Gold is plentiful in Rush of Heroes, and at profile level 20, I never came close to running out of gold from casually playing the game. With that said, upgrade as much as you can and your heroes will always be ready for battle.

The Path To Luma Tips, Tricks and Strategies