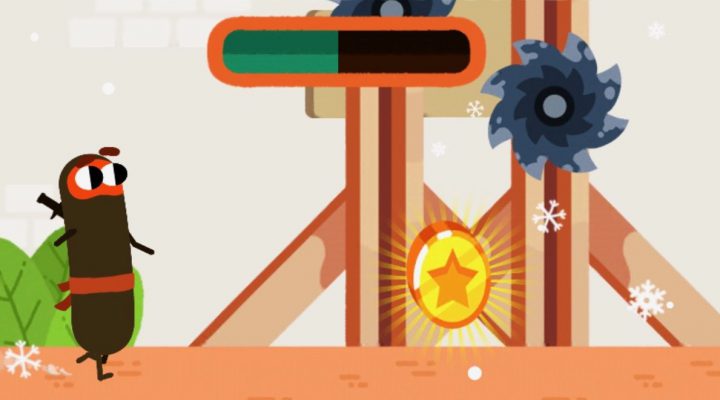 Quirky little sausages are facing some dangerous slicing and dicing in the new endless runner Run Sausage Run! which we recently reviewed. If you’re looking to unlock outfits, gather power-ups, and get the highest score possible, here are Gamezebo’s tips, tricks, and strategies for Run Sausage Run!

Each obstacle functions as a different type of enemy and requires a different approach to make it through without breaking your bacon.

For the blade that slices up and down, you can progress slowly and then quickly advance on it to lean back and clear the height when the blade is at the top. For the blade that slices side to side, you’ll need to advance on it quickly to stay bent over low for its entire length. For the tenderizer, dropping gride blade, and fiery grill, you can take your time and walk up to those slowly, let them do their thing and then speed through. For the double blades which move up and down, you’ll need to advance on them quickly to get low and move through as fast as possible. The windmill blade requires caution and precise timing; do not try to speed through. Carefully move forward, stop to avoid running into the second blade, and then go again. 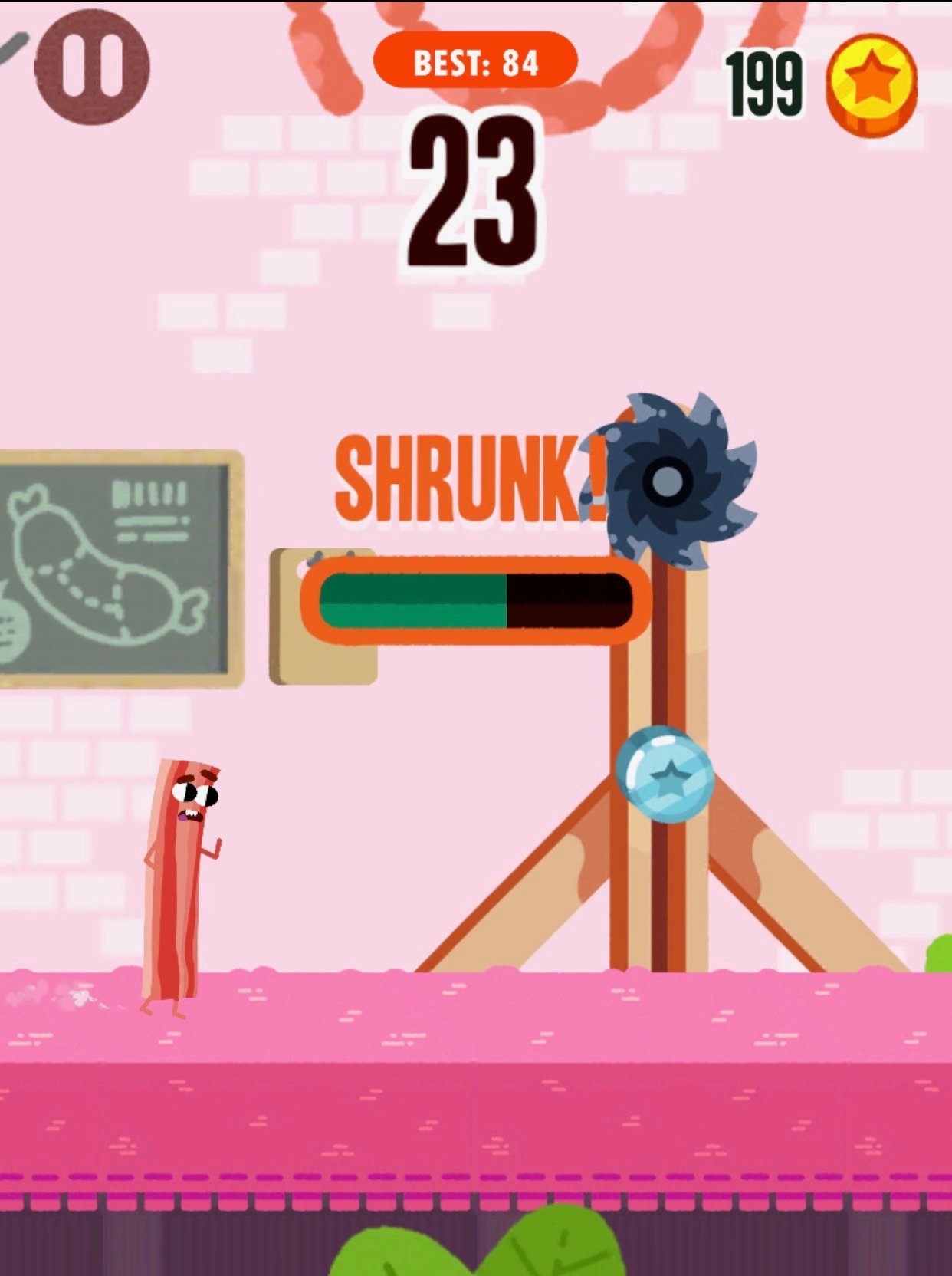 The Snowflake will trigger “frozen obstacles” which will stop everything from moving. However, beware that even though the blades aren’t moving, they will still kill you if you run into them.

The Down Arrow will make you shrink, which makes you a bit faster, shorter and a little bouncier as you lean back into the run position. You can go pretty far, pretty quickly when you’ve shrunk.

Note that the Up Arrow is not a beneficial power-up. It will trigger “enlarged” which makes you taller, fatter, and slower. Try to avoid it if you can, but it usually floats to a position where it is unavoidable. It often seems to appear directly before the windmill style blades, making it very difficult to fit underneath them; make sure you have a fast running start as soon as you trigger Enlarge.

The Protection Bun will offer you invincibility for a short period of time, so if you score one, run as fast as your little bratfeet will carry you. 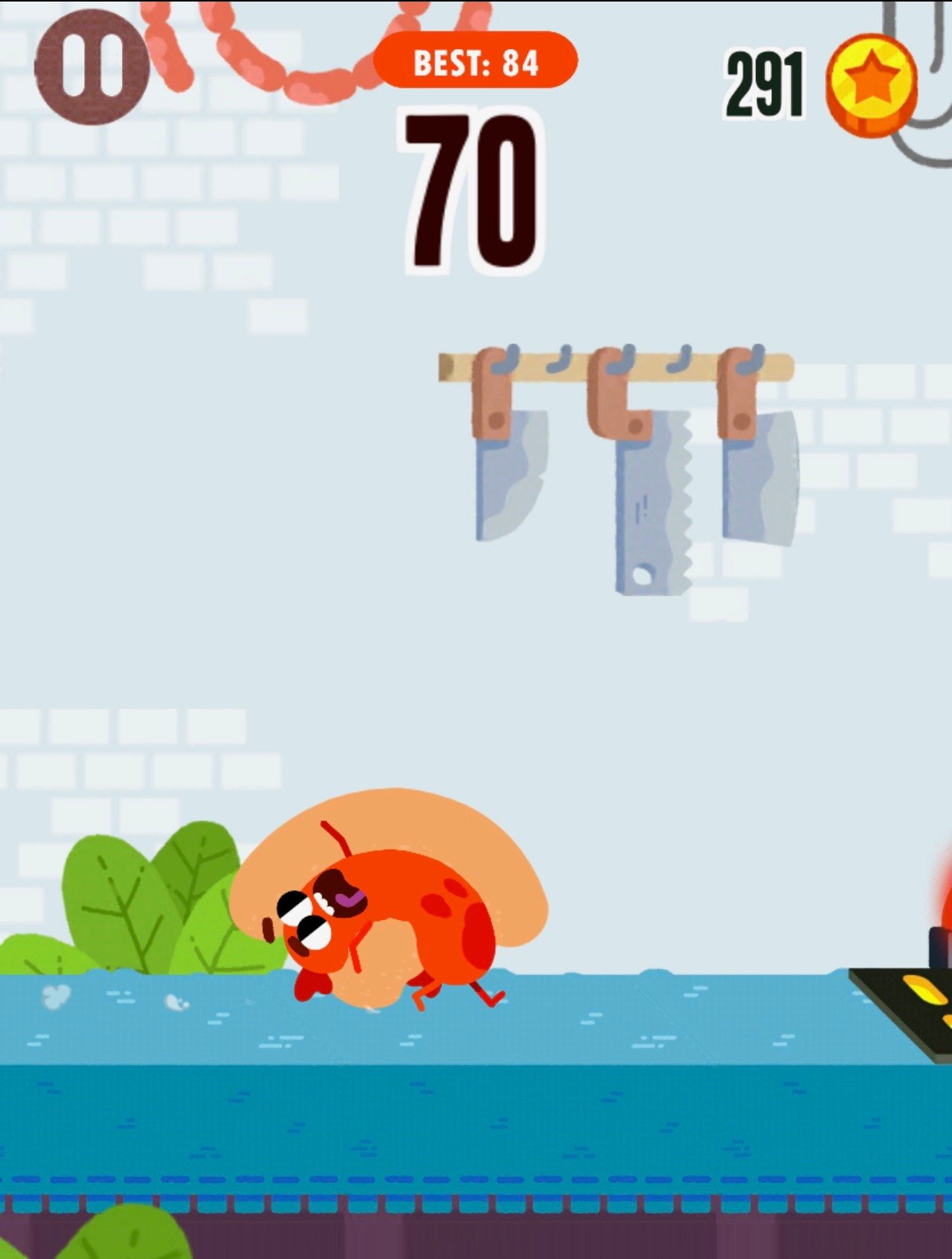 Never mind the slow pacing and cautious progression, I actually made it to my highest score of 135 in one quick run just by holding down and not stopping. I was only able to do this once, with subsequent attempts resulting in pretty quick deaths, but if you’re feeling lucky it’s absolutely worth a shot on a first run; we do not recommend risking it on a continued run, however. 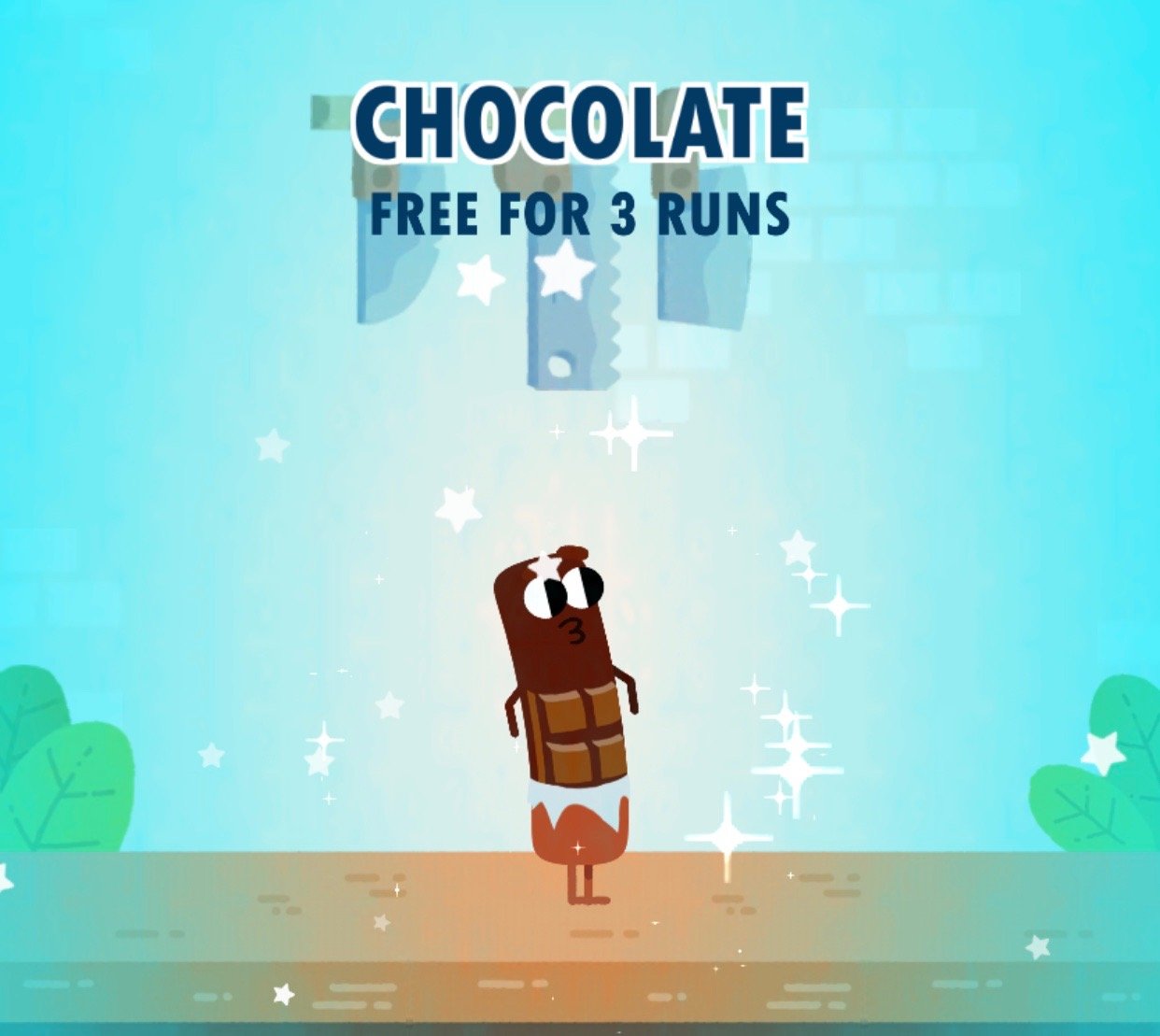 Do you want to unlock all of the outfits or do you want to get a massively high score? If the former, then you’ll need to focus on collecting coins to purchase unlocks, or consistent gameplay to earn unlocks without purchasing. If you are more interested in getting a high score, then you’ll need to focus on making it through as many obstacles as possible, and don’t worry about risking your neck to grab a coin or two.

If you are really committed to sausage superiority, consider that for a nominal IAP, you can remove all the ads. This will immediately improve your gameplay flow and prevent unnecessary interruptions which will likely cause your untimely demise.