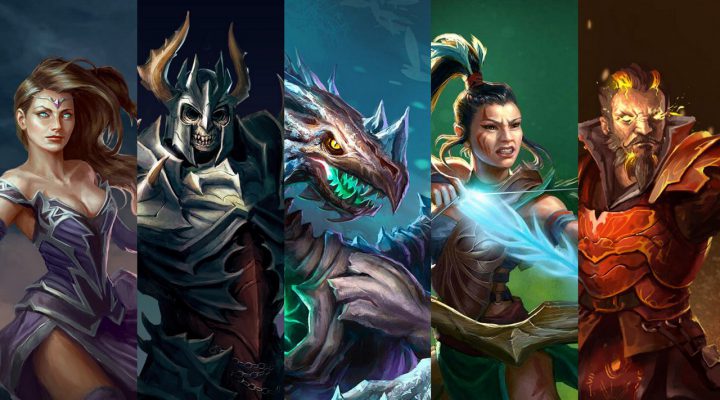 Rival Kingdoms is a multiplayer strategy game similar to other “build’n’battle” games like Clash of Clans. What Rival Kingdoms brings to the table to set it apart from other games are excellent visuals and a strong lore backbone to support the gameplay. I was really drawn into the game, building up my forces, sending them into battle against other player’s bases, and reading up on all the Ancients and their struggle against the Ruin.

If you missed it, I previously reviewed Rival Kingdoms, so check that out if any of that sounds like it may be interesting for you.

For the rest of you, who have already been playing, I’ve put together some Rival Kingdoms Tips, Cheats, and Strategies that are sure to help players of all experience levels acclimate themselves to the brutal world of Rival Kingdoms.

Free, For a Limited Time Only

Rival Kingdoms is a generous game. At the start, it often gives players the option to skip building times for free. Players should always double check their building projects to see if the option exists to waive the construction time, and have their building built instantly.

These free construction bonuses only occur towards the beginning of the gameplay experience, so it’s best to take advantage of them while they are available. This will save the player lots of time that they would otherwise spend waiting around for their construction projects to finish being built.

Also, even though the map screen says you have zero Battle Stones left, you might still have some left in reserve that you didn’t know about. Rival Kingdoms will completely refresh your Battle Stones for a set number of times at the start of your game. This can help you get through the easy content, and get your base up and running in no time.

Resist the urge to instantly deploy your troops into battle. Always take a few moments to survey the enemy base to see where their defenses are set up.

If the enemy player has all their towers clustered together, look for a route for your troops that will get the most buildings destroyed before they reach those towers. This will give you plenty of time to absorb mana from the destroyed buildings; mana which can be used on Ancient abilities that will help your troops quickly eliminate the defensive towers. 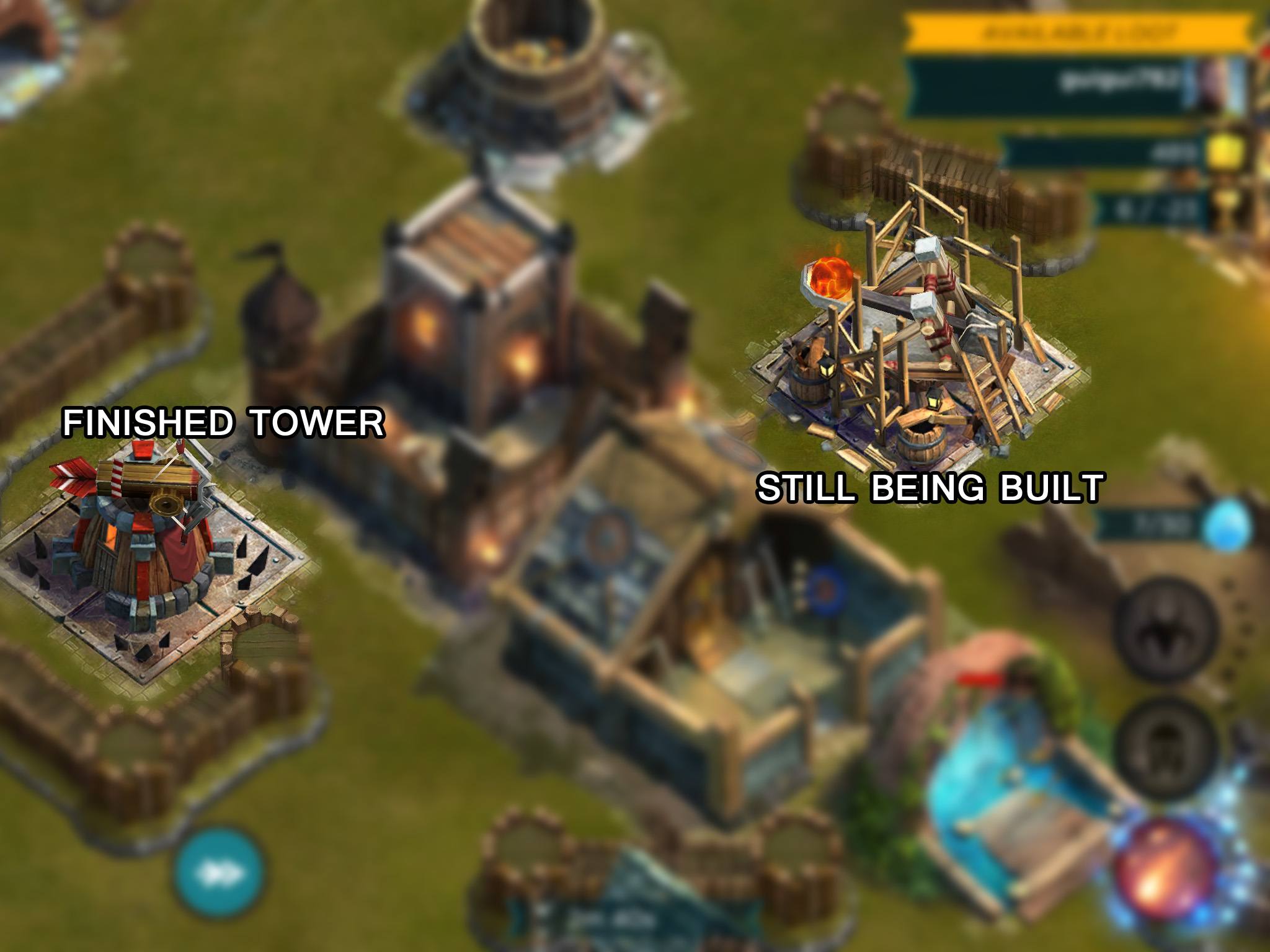 Sometimes you’ll attack an enemy base and you’ll see they were in the middle of building something nice, new, and fancy. Sucks for them, it’s time to break it.

If you’re really lucky, they will be in the middle of building some towers. Don’t let them fool you: towers that are under construction do not work. They cannot defend until they are completely built.

Factor this into your strategy, as you don’t want to plan on attacking the dummy towers first before attacking the towers that actually fight back. You can lose valuable soldiers this way. 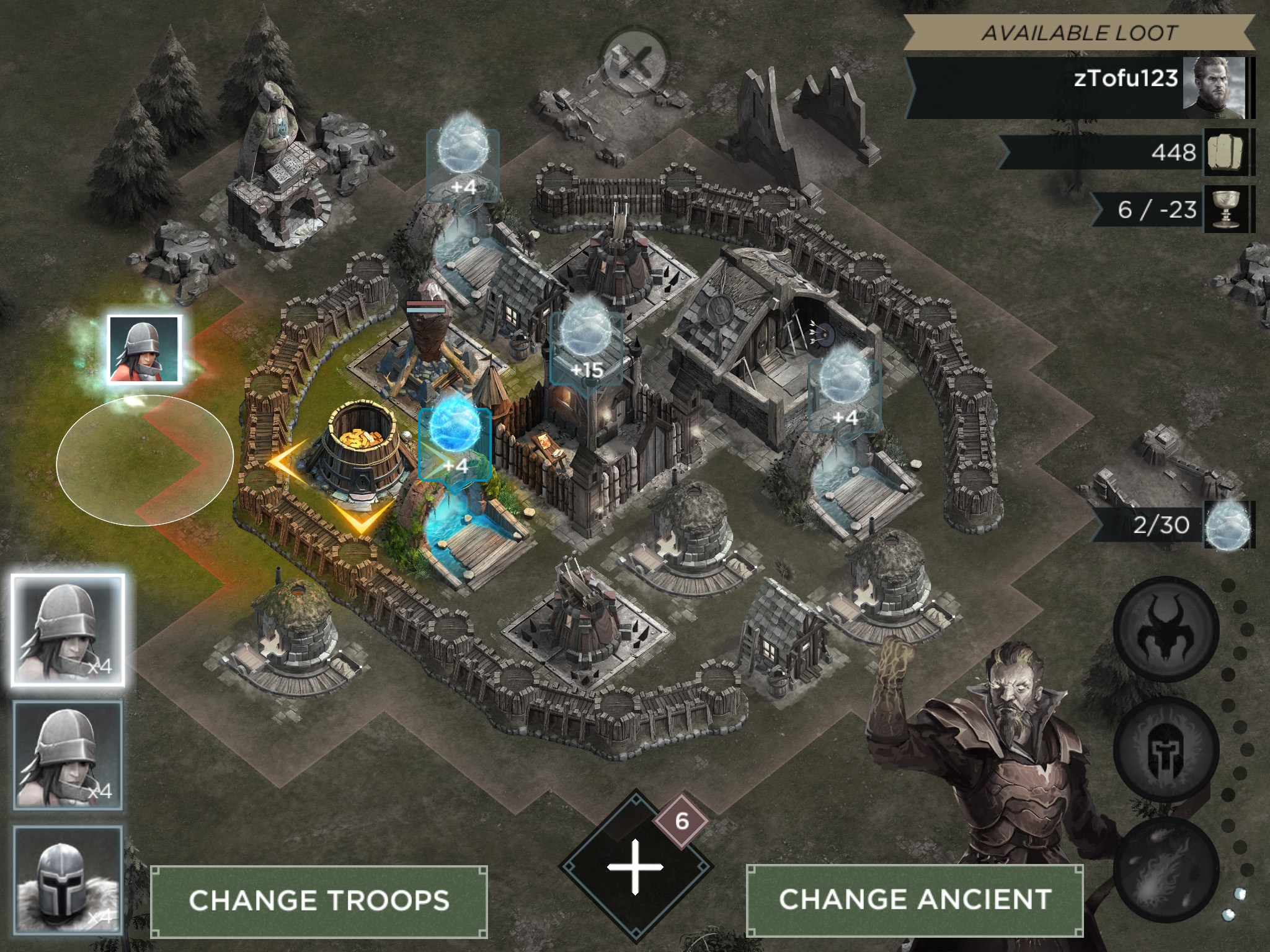 As you decide how to place your troops onto the battlefield you will notice that a nearby building is highlighted. This marking indicates which building that group of soldiers will attack first.

Careful placement is key. You don’t want your archers spawning in and attacking a high-HP building, when there is an enemy tower right next to it, slowly picking them all off. Select the archers to spawn and engage the tower first. Eliminate the easy threats, before attempting the big stuff.

A Warning About Time Travel 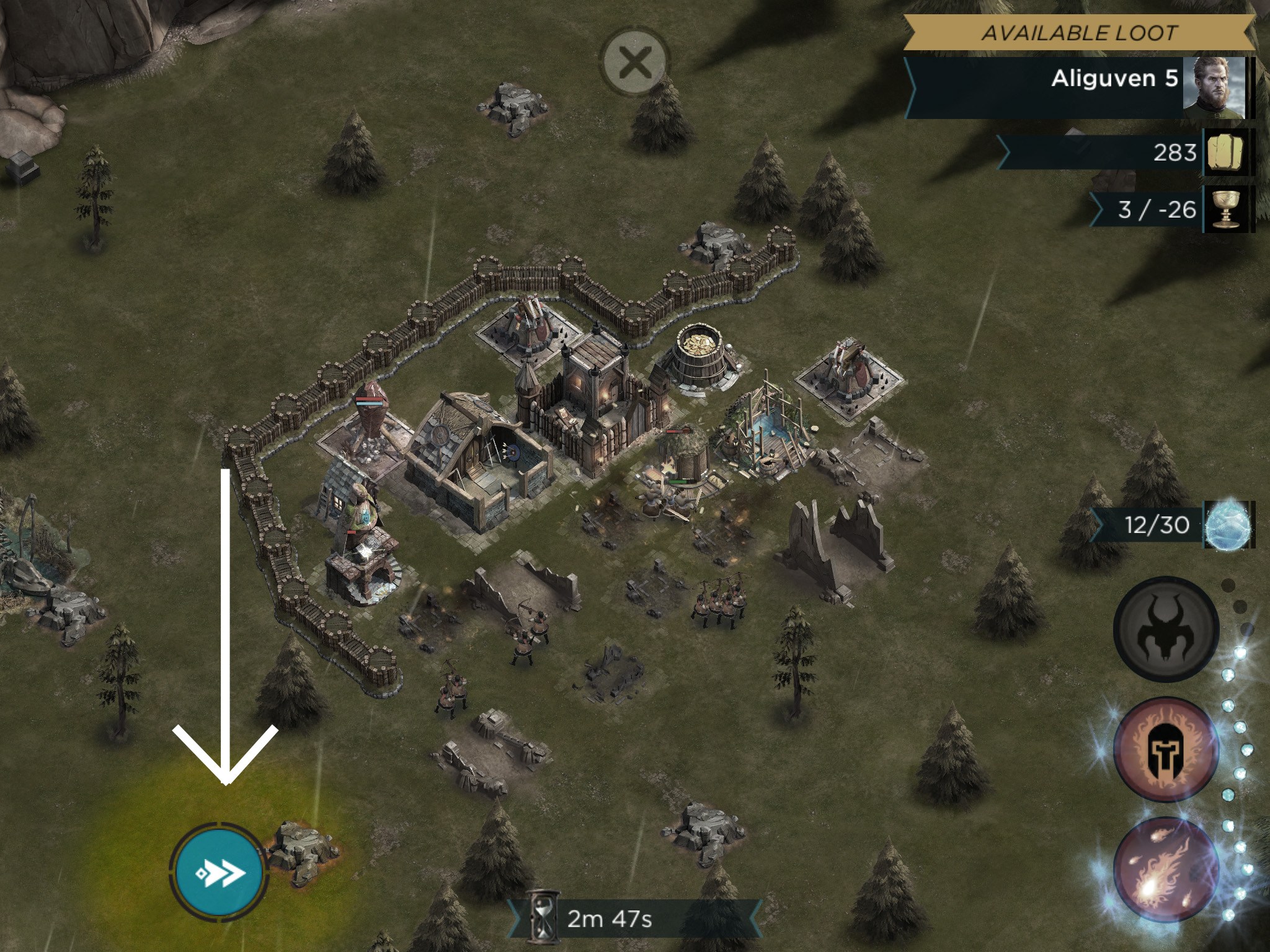 During combat there is a button at the bottom of the screen that allows the player to fast-forward the battle. While it may seem like a good, time-saving idea to fast-foward, I’d suggest the player to resist the urge to up until the battle is nearly won.

Because you have no control of your troops beyond placing them into battle, sometimes they do things that you didn’t account for. Things like attacking a tough wooden wall instead of walking  around it. Say the enemy has a tower on the other side of the wall; the tower is quickly picking off your soldiers attacking the wall. If you’re fast-forwarding, you may miss this initially, and not notice it until you are down to just a few soldiers left (especially if your army split up during the fight). Whereas if you are watching it happen in real-time, you’ll be able to rapidly identify the threat, and hopefully you’ll have enough mana to do something to negate that particular tower’s offensive abilities.