Rise Up tips, cheats, and strategies to beat your friend’s high score 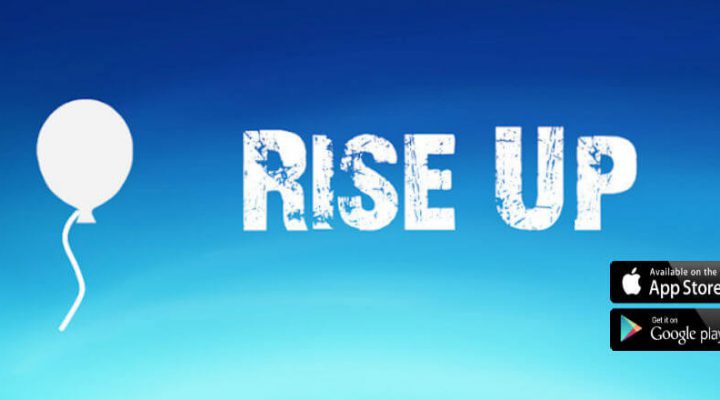 Rise Up is an intensely addictive high score chaser that gives the likes of snake.io and Flappy Bird a run for their money. Much like both of them, it’s the simplicity that gets you. All you have to do is remove obstacles on your screen to allow a white balloon to keep floating upwards. If at any moment that balloon touches anything, it’s game over.

It’s as fiendishly difficult as it is social life-threateningly addictive. And when the office jerk starts lording how many levels they’ve completed over everyone you’ll want to grit your teeth and play until you can rub it in their dumb, stupid face. Stupid jerk.

Fortunately for you, we’ve played a ton of Rise Up to bring you these simple tips, cheats, and strategies that will improve your overall game. Let’s get right to it.

What is Rise Up and how does it work?

Before we go and give you any tips, let’s first just quickly explain what Rise Up is. It’s a high score chaser cut from the same cloth as Flappy Bird or snake.io. You know, those insanely addictive but difficult games that consume our every waking moment for that week or two.

This is the latest hit taking mobile by storm. You have to help a balloon rise up by using a white circle to bump obstacles out of the way. These obstacles can take many forms, and require various different strategies to nudge.

You control the little circle by holding your finger or thumb on the screen, and moving it around. You don’t have to hold the circle itself, as it will follow wherever your finger moves.

That’s all there really is to know about the game. Move obstacles with your finger, don’t let the balloon get hit, get a high score. Let’s go into deeper tactics.

To keep the balloon safe, you need to touch and hold the screen to move a white circle that will move anything it touches. When you start playing, you’ll be tempted to put your finger directly onto this circle so you can effectively use your finger or thumb as the all-destroying circle instead. Resist this temptation.

You don’t actually have to put your finger on the circle to move it, and we would strongly recommend that you don’t. Chances are you’ll just end up obscuring the balloon, obstacles, and most of the screen itself, which will make your life so much more difficult.

Instead, place your finger or thumb as close to the bottom of the screen as possible so you can move the white circle with ease, but aren’t obscuring the balloon or any of the obstacles that you have to decimate.

Memorise obstacles and how to destroy them

Rise Up is as much a test of your memory as your reflexes. The reason for this is that there are a number of different obstacles in the game, and each requires a completely different strategy to destroy them effectively.

Due to the random nature of the game, you’ll never quite be sure what you’re about to come up against, but that doesn’t mean you can’t prepare for it. Memorise the best way to defeat each obstacle and eventually it will become second nature.

Always watch the ads to get a continue

So this falls under cheats, as it is effectively cheating to get a higher score. But the first time your balloon bursts in Rise Up, you have the option of watching a quick ad to continue right from where you left off. Do it.

It’s a very small price to pay to give you a second chance at a high score, and we’d particularly recommend it the closer you are to beating your own, or a friend’s, high score. Sure, if you burst your balloon right at the beginning it might be worth restarting but if you’ve made some headway, just suck it up and watch the ad.

Finally, we recommend that you swipe with care when moving obstacles. The goal is to get them out of the way of the balloon, true. But remember that the objects don’t always disappear. If you hit one with a lot of force, it might end up rebounding into the balloon, which will totally ruin your day.

So remember to move objects out of the way, but carefully so they don’t bounce back into your balloon. That would be totally stupid.

Go and grab Rise Up on iOS via the App Store or Android via Google Play.