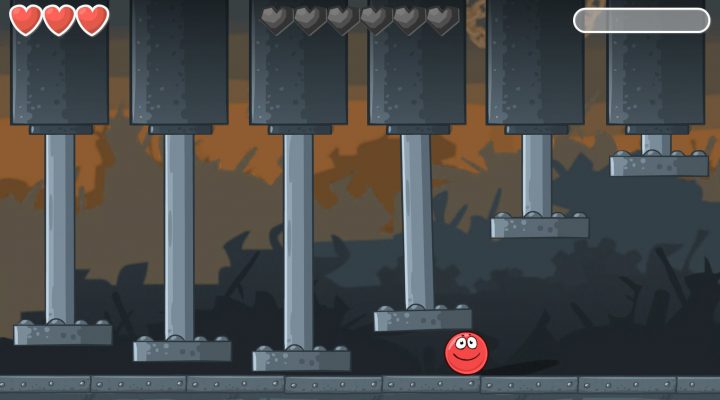 Red Ball 4 may be a casual-friendly platformer, but that doesn’t mean that it isn’t challenging at times: and it has a few particularly beguiling sections. Here’s some tips from a platforming game veteran, who got gold medals on all 45 levels, to help you out.

Understand the principle of momentum. 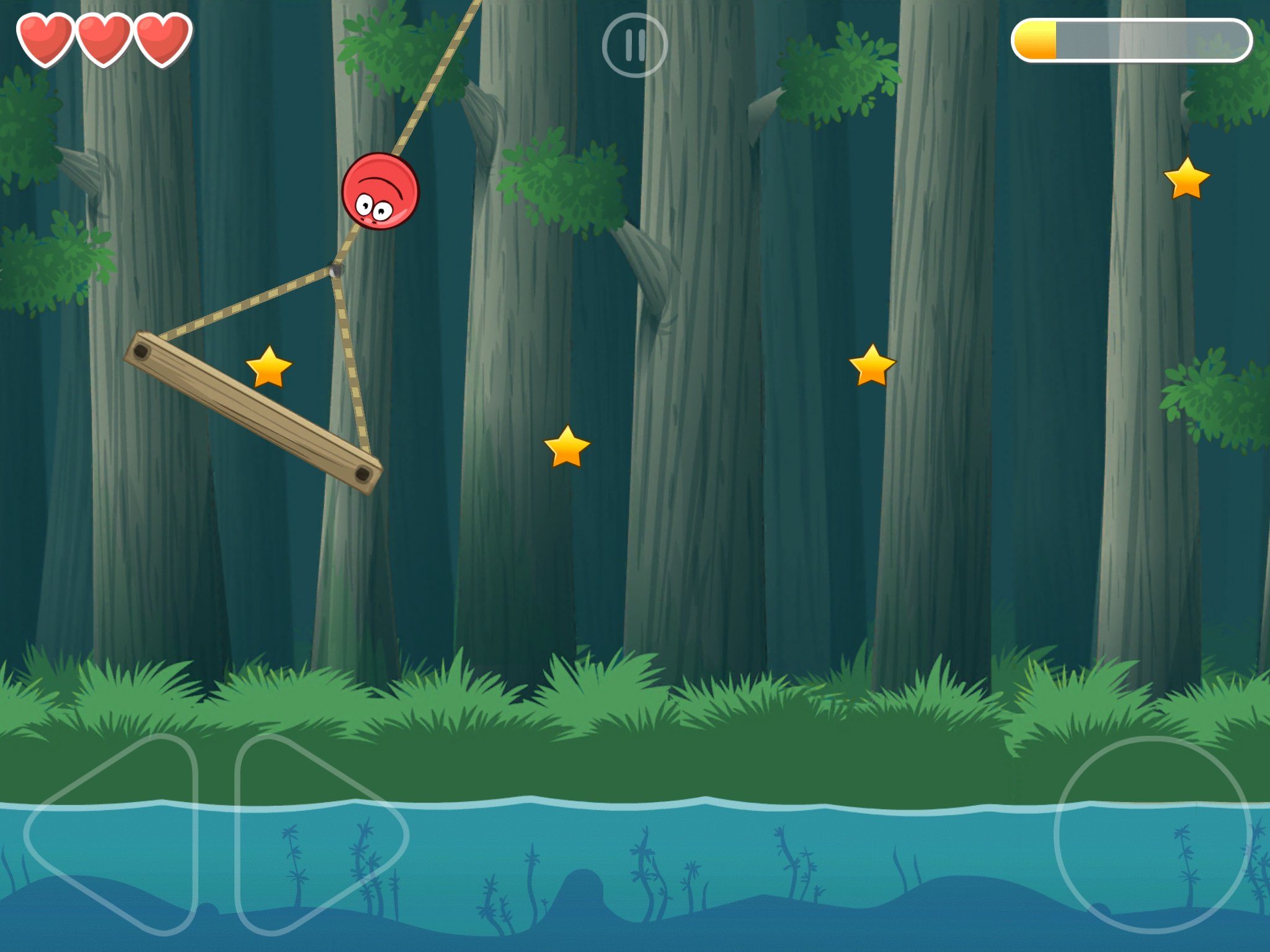 When trying to make a long jump, you can’t just start from a standstill, you have to get a rolling start, and continue to hold in the direction that you’re going, in order to get maximum distance on your jump. There are a few puzzles in the game where this comes into play as well: if the objective is to start rolling an object so that it hits a switch while you make it to the gate the switch opens, realize this: you can lightly nudge the object along on a flat surface, and it will keep rolling forward, so you can make it to where you need to be in plenty of time. 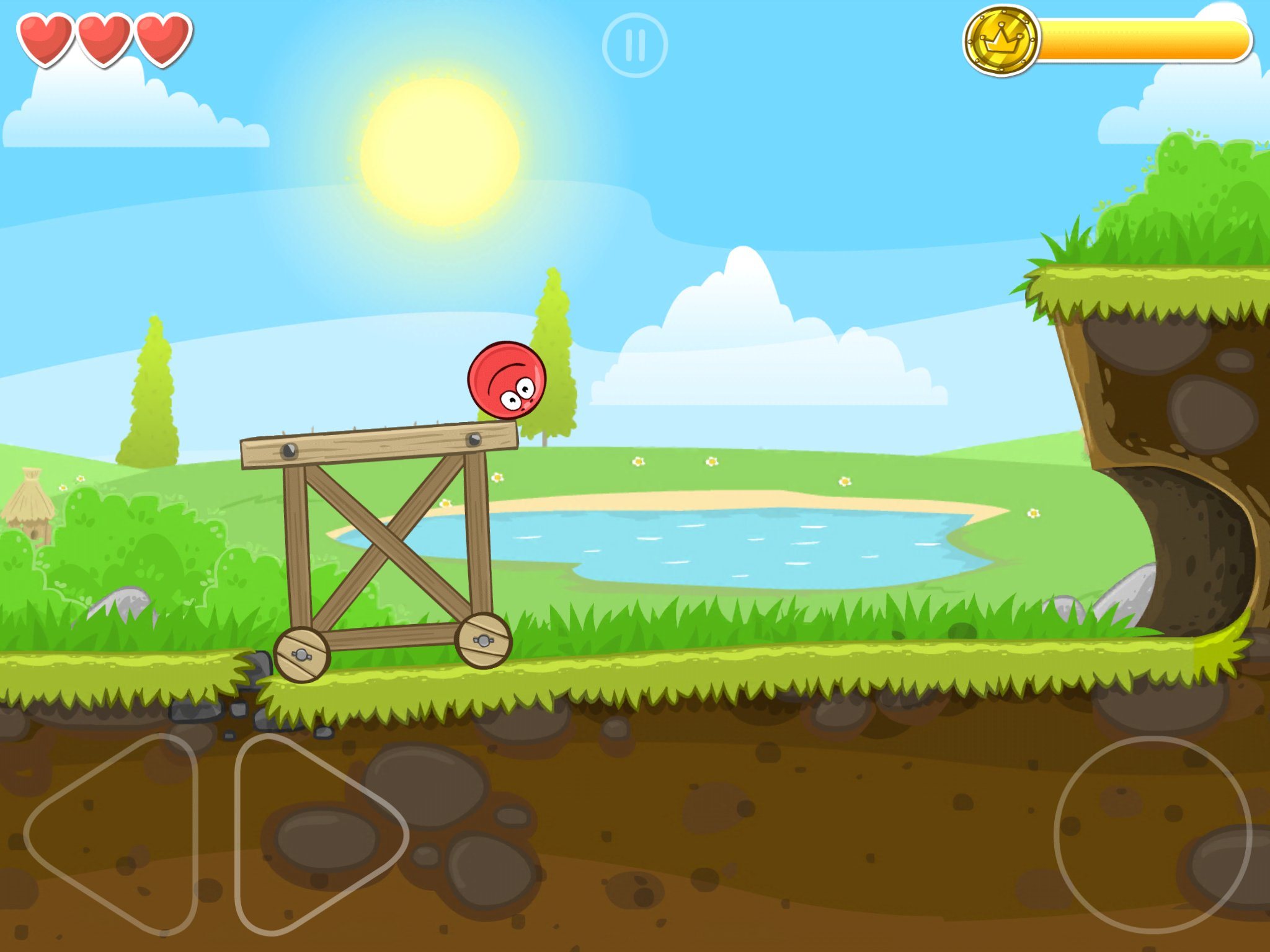 To get a gold medal in each level, you must collect all the stars that appear in the level, and defeat each enemy. There are some enemies that respawn over time – you only have to defeat their first instance, not later ones that appear. Once you get the credit for defeating that enemy, later ones won’t count for or against your gold medal meter. However, if you’re going for a gold medal, and realize that you missed something earlier in the level after you crossed the checkpoint, you need to restart the level in order to get it, as you can’t backtrack from most checkpoints.

Red Ball will let you know when a level is unbeatable. 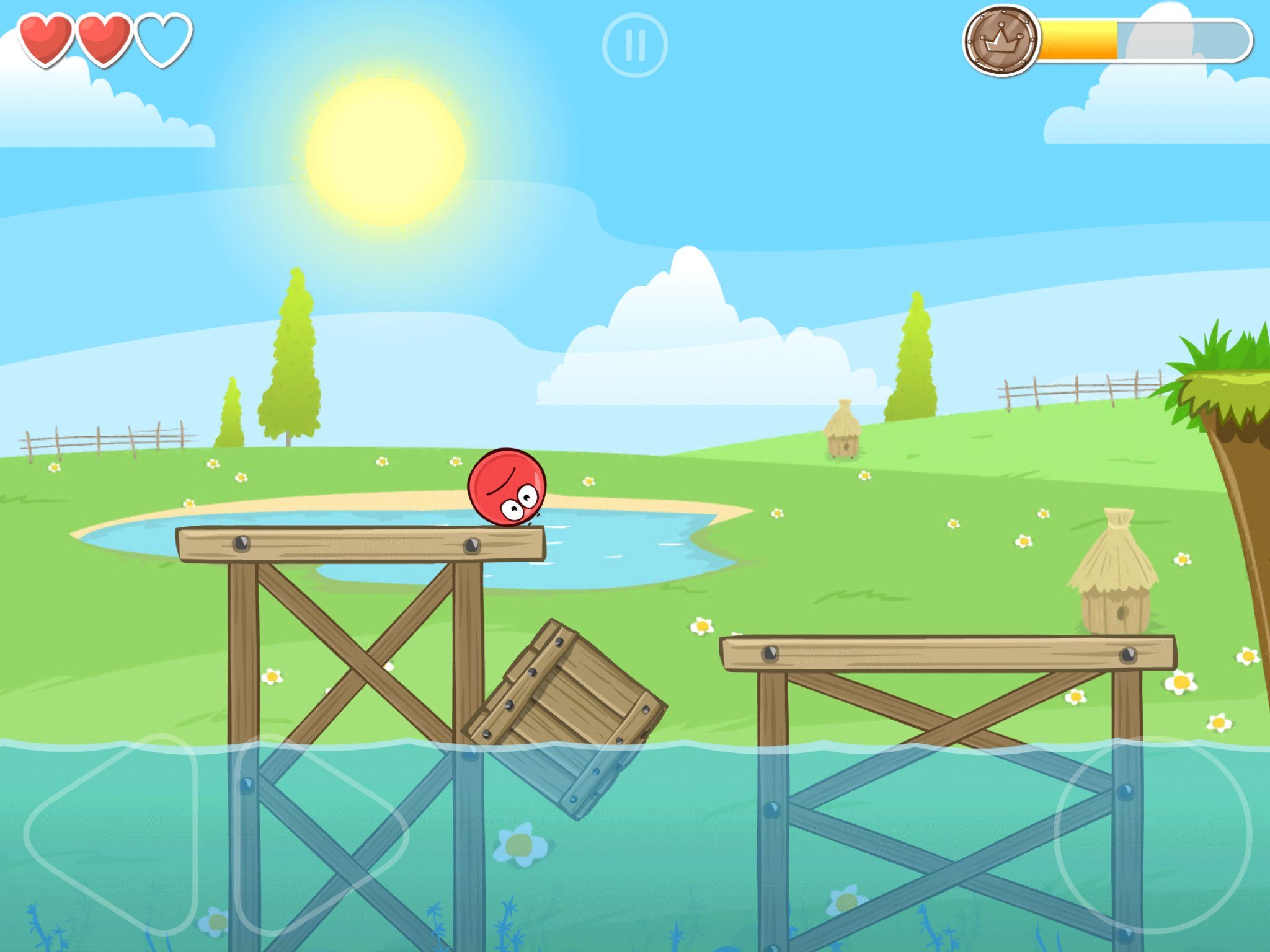 Red Ball, being a ball and not a human, doesn’t hide their emotions. If a level is impassable due to the loss of a necessary item to complete it, then they will frown. There’s at least one level where the level is technically still beatable while Red Ball is indicating it isn’t, but in general, just restart and try again.

Know how to properly defeat enemies. 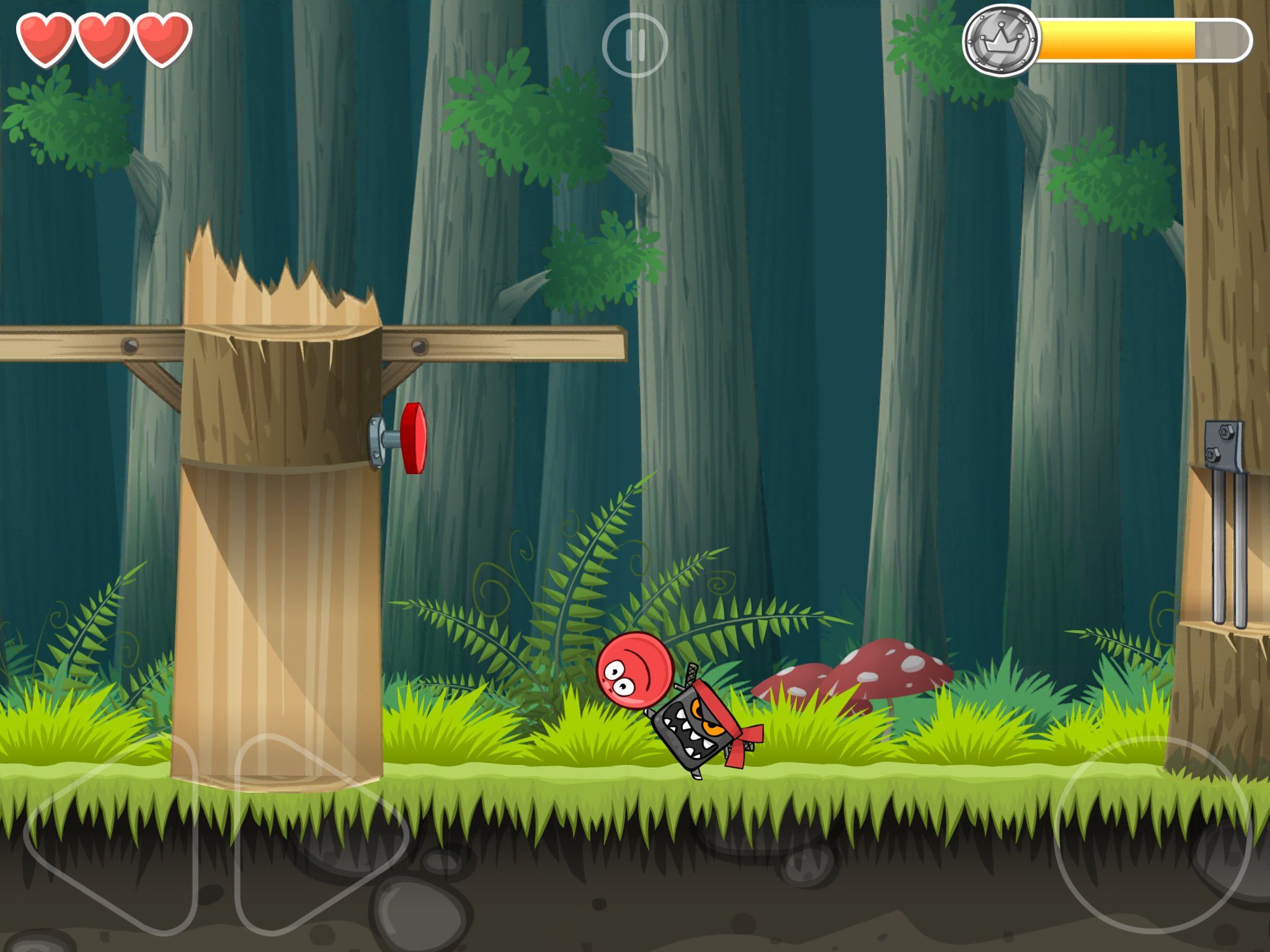 Sometimes you hit an enemy and wonder why you may have taken damage instead of damaging them. This is because you need to hit enemies from a vertical angle, not a horizontal one. So factor that into your approach toward enemies. There are a couple of spots where you need to hit bouncing enemies in order to hit a switch or get a star. The secret is to bounce off of them while they’re going upward, not while they’re on the ground. It’s tricky timing.

The explosive enemies appear in the third world, and prove to be tricky as their explosion can do massive damage to Red Ball. They also can home in on the player coming nearby. If possible, try to hit them on the head and then get away: this freezes them in place. But whatever happens, get out of their way and don’t touch them, as it’s instant death! 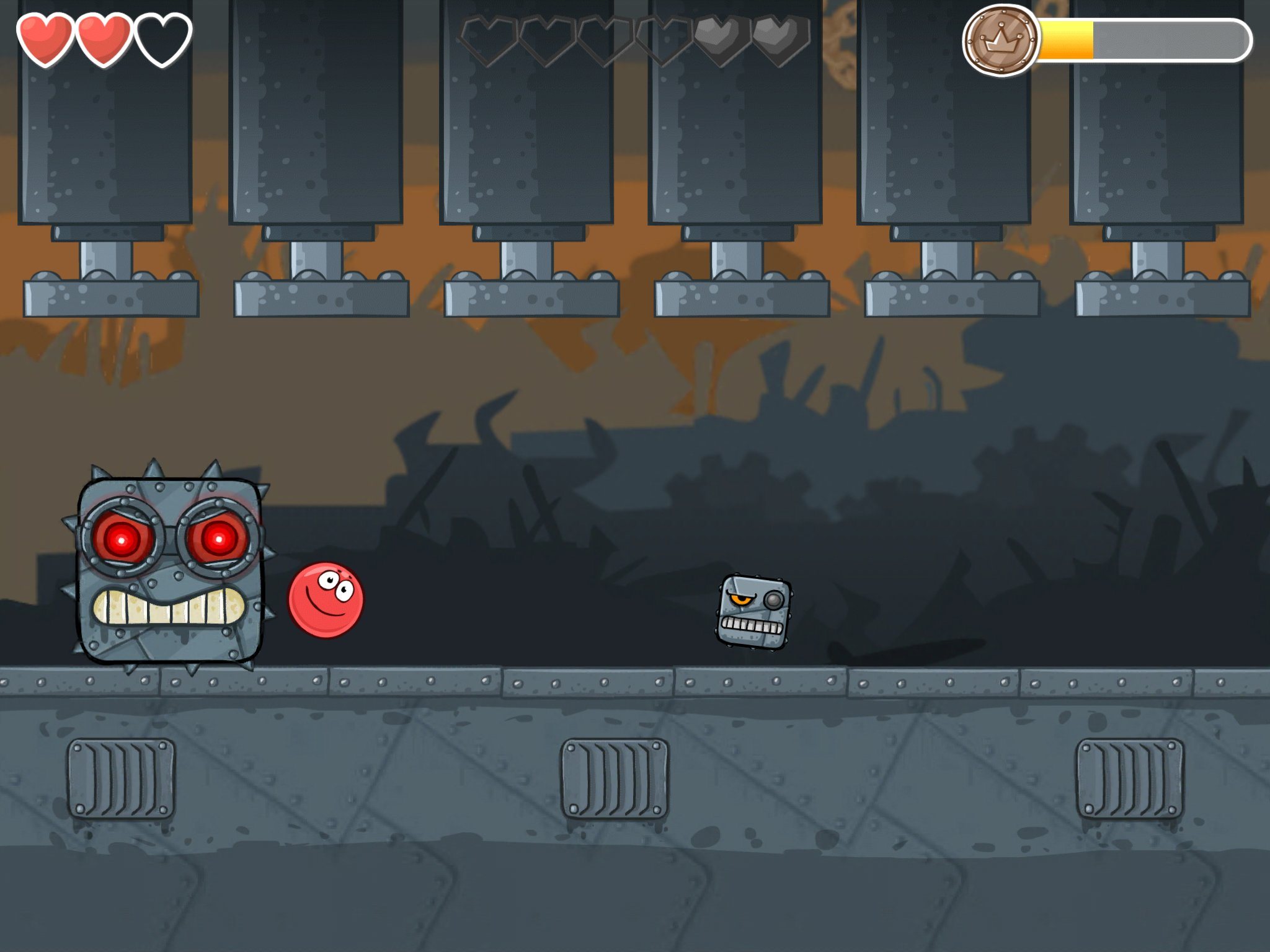 There’s a boss fight at the end of each world, and while each boss requires six hits to eventually defeat, they all follow the same structure. You need to hit them three times to unlock the first checkpoint. Then they will summon some enemies you have to fight off to get to the second checkpoint. Then, you have to hit the boss three more times to defeat it. In general, these enemies can be hit when their faces are yellow, not red. As well, if they’re lying on the ground sideways and are yellow, you can just roll into them with some speed to hit them, you don’t have to worry about jumping.

The final boss’ last phase may prove to be tricky. Essentially, what you need to do is to wait until the incoming enemies are triggered to explode, then start rolling in their direction, jumping over them about halfway. They should continue onward and hit the boss.