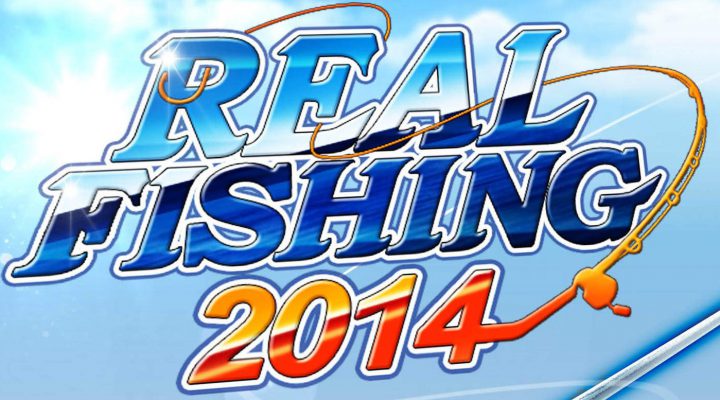 When it comes to catching the big fish in Real Fishing 2014, it’s all about managing your resources smartly so that you don’t just have to drop hundreds of dollars on “bucks” to get ahead. Here’s some tips to help manage your experience. 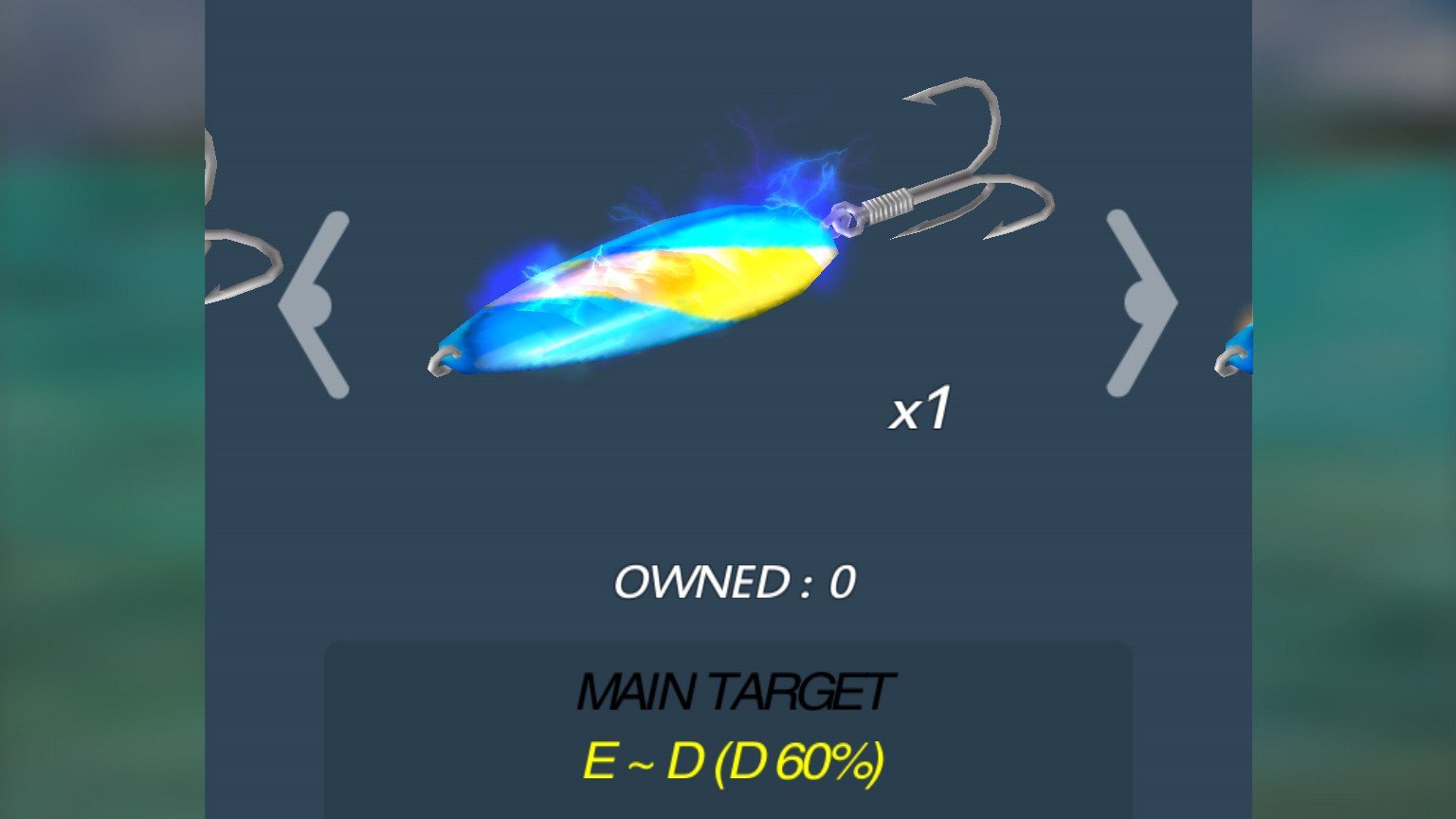 As you catch all the E-rank fish early on, you may be tempted to buy a new lure that can start to catch D-rank fish, eventually getting to higher ranks. You may even want to spend bucks to buy a lure that can get higher-rank fish sooner, because they can net more money, right? Wrong. You need to upgrade your rod’s strength stat as high you can get it before investing in higher ranks and better lures. If you run into a fish that is too strong, this will cause you to lose this valuable lure by getting a fish that you can’t handle, which will then cost extra bucks to save. As such, upgrade strength as far as you possibly can, upgrading tension as well, before buying lures. And only shell out bucks for special lures when you’re sure that you can catch the rank of fish they’re meant to lure in.

Save Your Valuable Lures 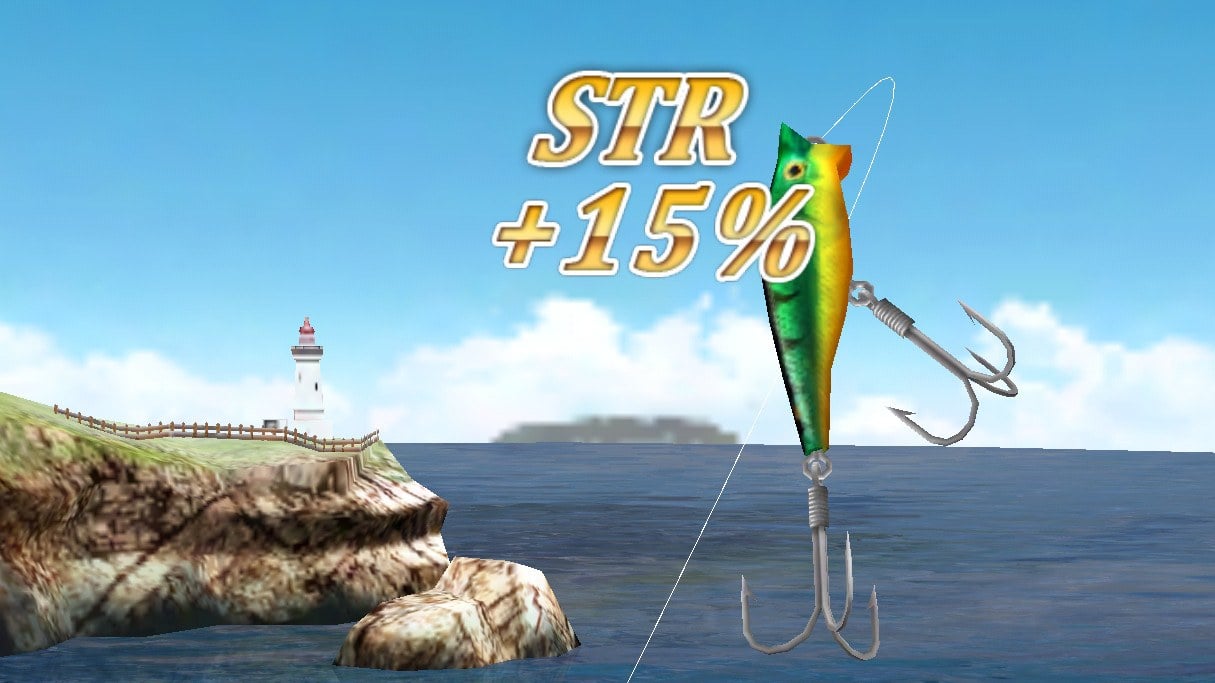 You will at some point run into this issue where you catch a fish that’s too strong, and you’re suddenly forced to make a decision: spend bucks to save the lure, spend bucks to temporarily increase strength, or lose the lure. But there’s actually a fourth option, at least with the iOS version: close the app and save the lure. Double-tap home, swipe up to close the game, and the next time the game is opened, the game will act as if the lure was never lost. This comes at the cost of one bar of energy, but you can still sell the fish in your tank. This might get patched at some point, so take advantage of it while possible! 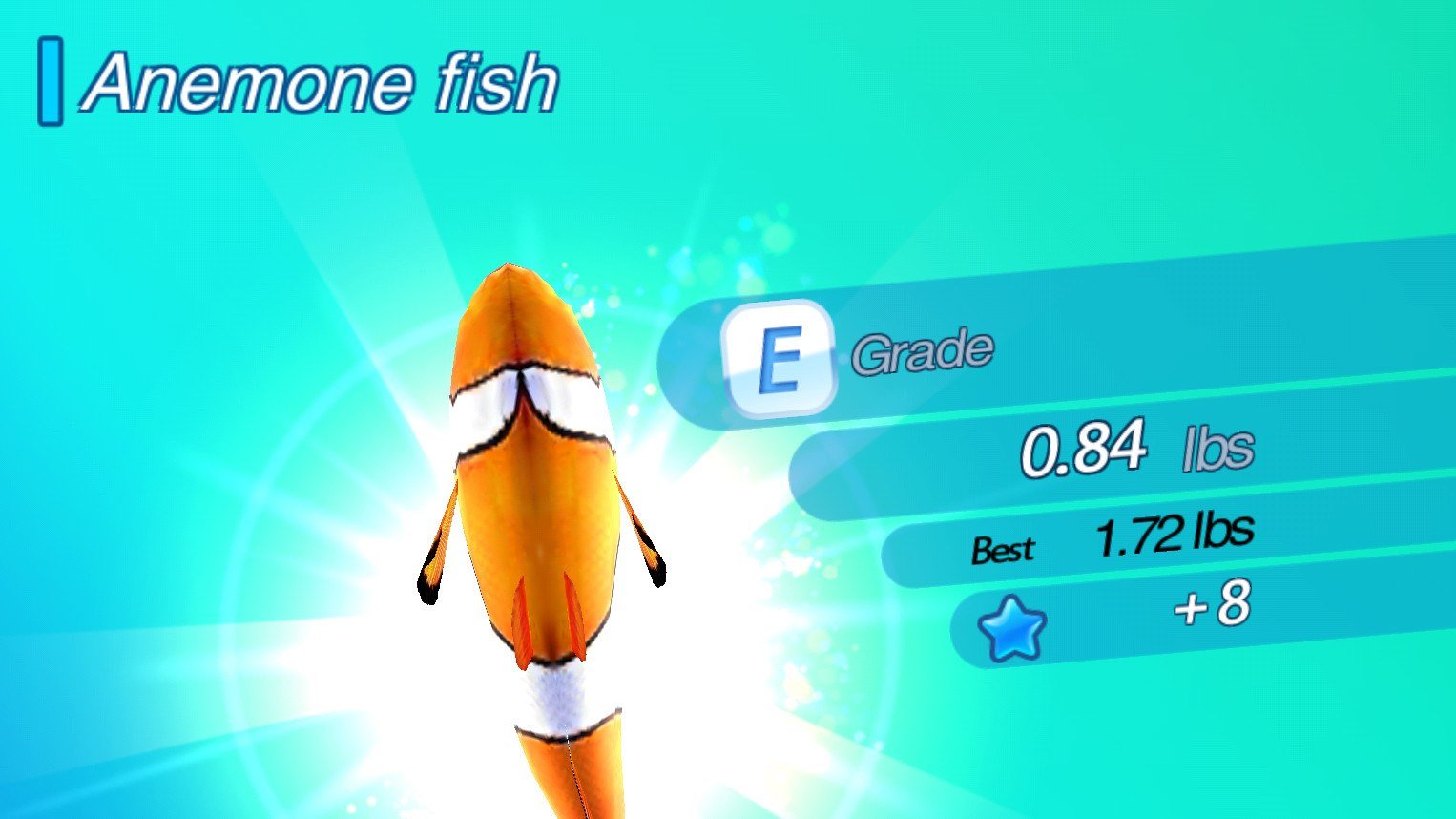 It’s really worth keeping smaller fish that are caught. Because the durability of rods and reels decreases with each use, every fish you catch that you don’t keep is essentially lost resources. There are few guarantees that you will catch better fish unless you use better lures. So, if you are just essentially grinding for resources, it might be worth keeping even smaller fish, so that you’re not spending money on repairing rods and reels. Only dump fish if you’re going for big ones or certain kinds specifically. 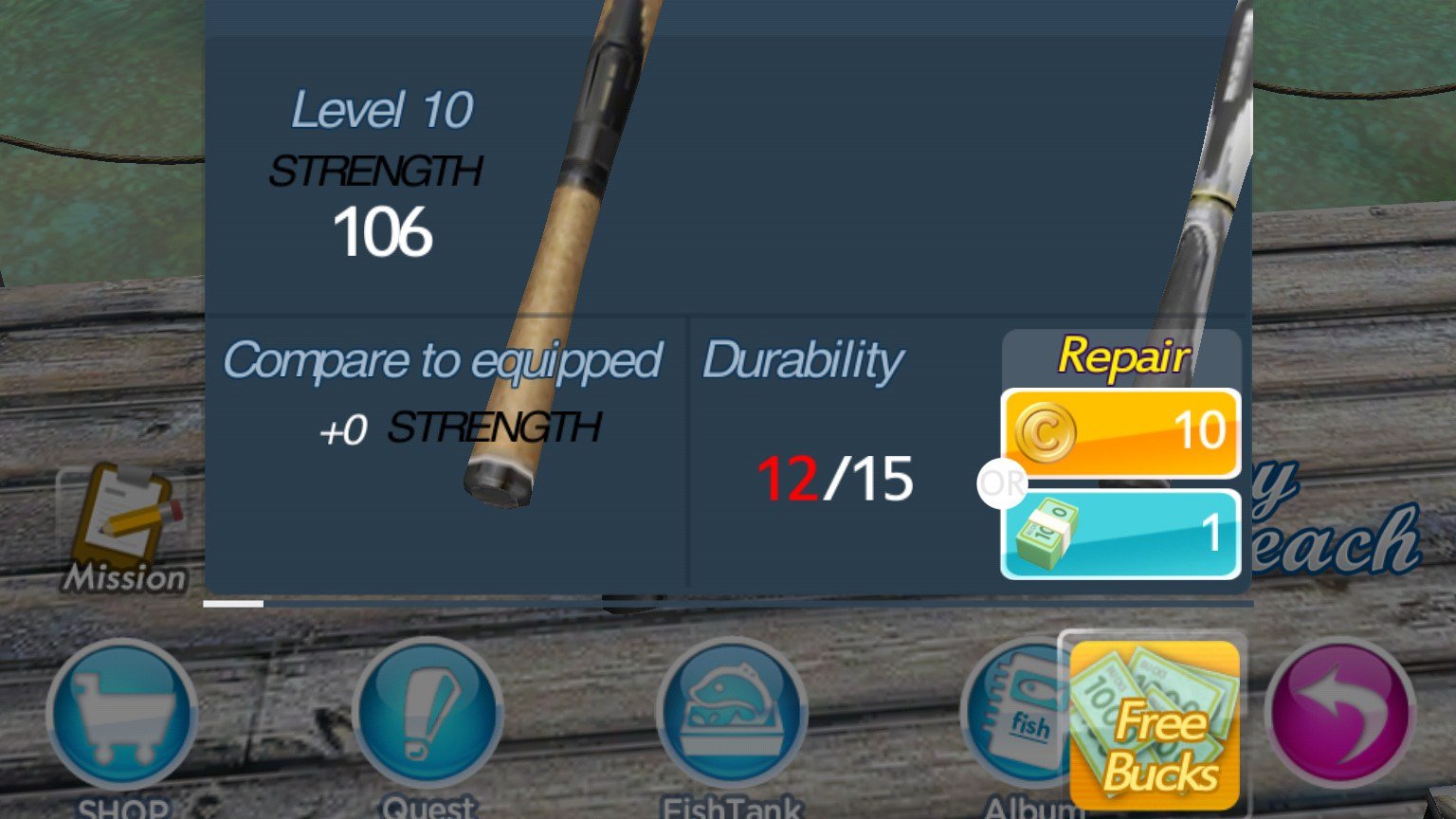 The durability of rods and reels is an unfortunate reality of the game, and can make it more difficult to save up for better equipment. This is where the incentivized video ads can come into play: watching them to get free bucks may wind up being a better use of your resources than spending coins on them. Do note that it’s generally a better deal to let the durability run empty, instead of refilling it part of the way through, especially when spending bucks. 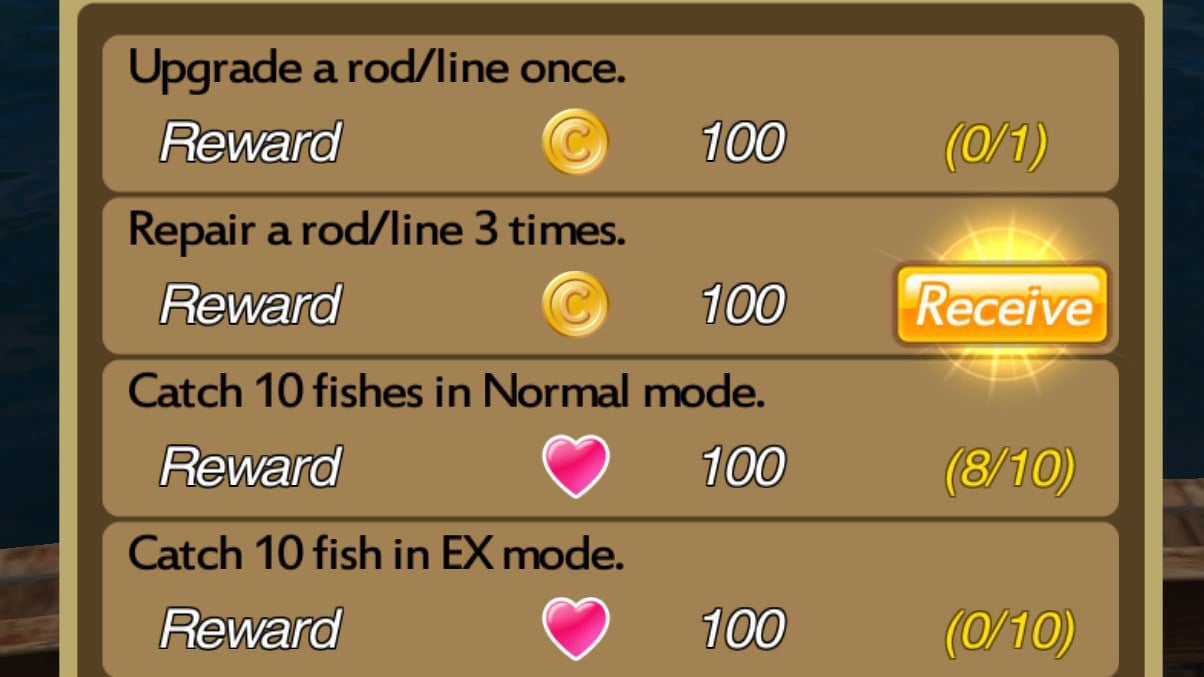 Playing daily can bring in some good rewards. Every 5 days nets a cash bonus, which can be helpful for those repairs or some of the better lures. As well, the objectives for each level? They offer lucrative coin rewards, and often even the boost items and bucks rewards. Going for these is often worth the expense to get them. And there are new daily objectives to obtain with their own rewards, too.

Swipe Up and Down to Reel in Fast 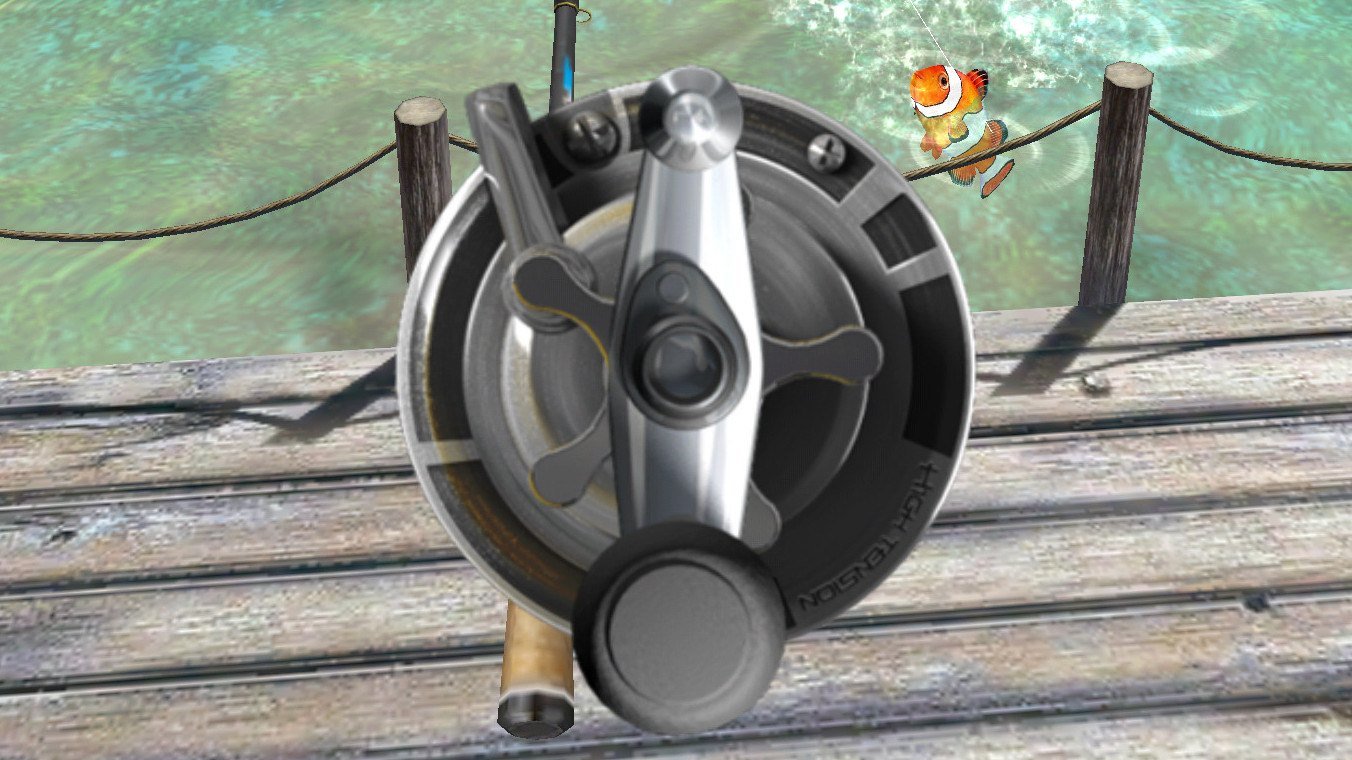 One of the control quirks of the game is that you need only swipe up and down rapidly on the reel to reel in faster, rather than spinning your finger around the reel. This may help catch some of the tougher fish, but don’t abuse this: it may make it easier to snap a line. 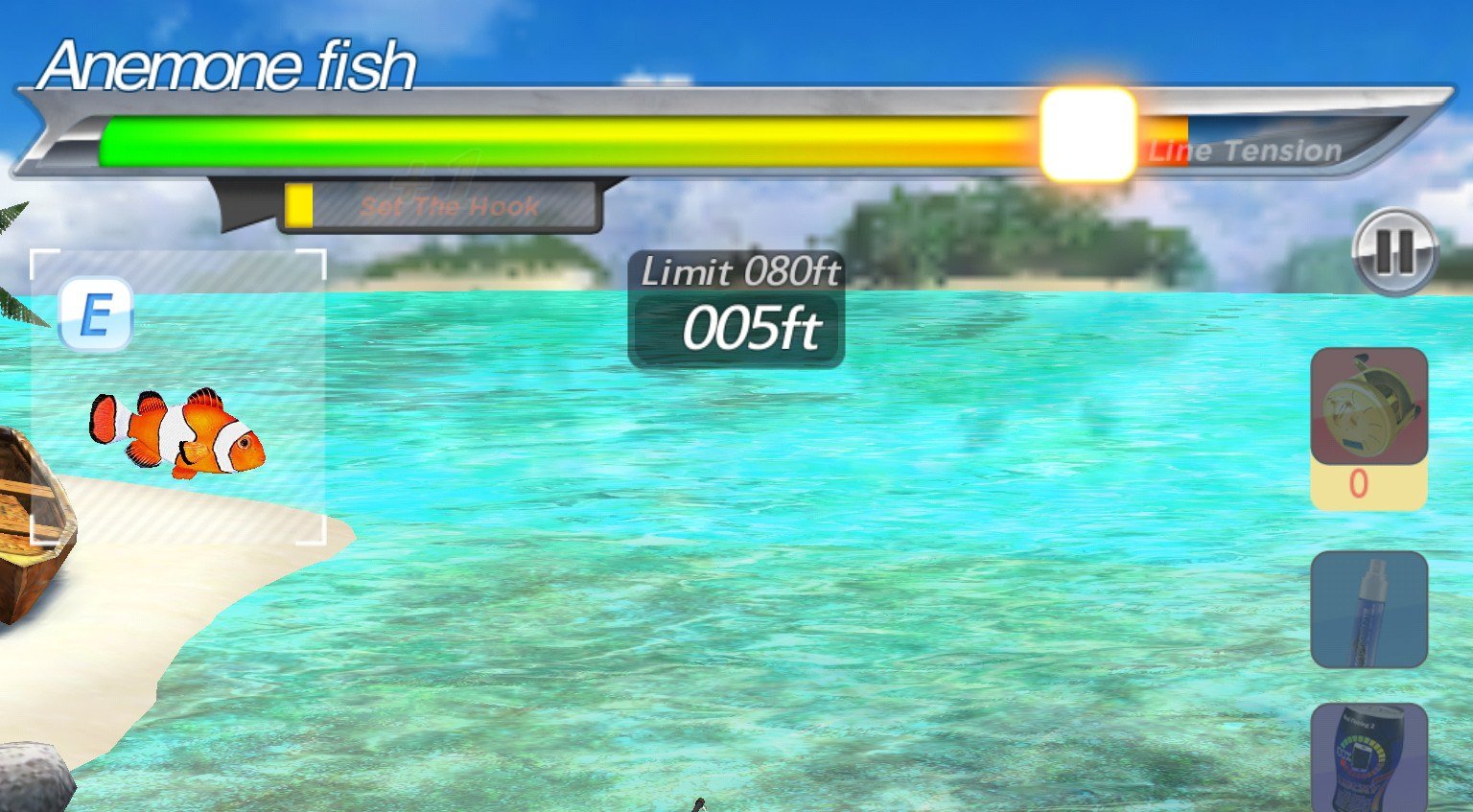 The feature that allows for free reel time on fish without any tension is useful when trying to reel in high-ranking fish. Thus, it’s worth filling the meter up against smaller and low-ranked fish, which is done by getting the tension meter mostly full, and keeping it there. Don’t just play it safe against those lightweights: use them as an opportunity to fill that meter. And once “Set the hook” is available, it can be kept between levels, for when you’re ready to go after a big fish.

Now go out and bring in the big one! 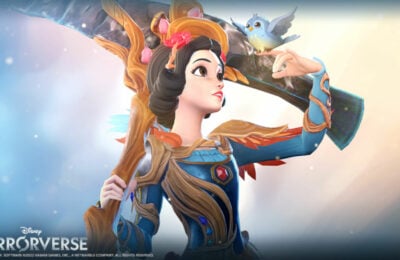 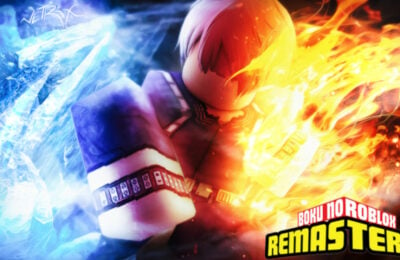