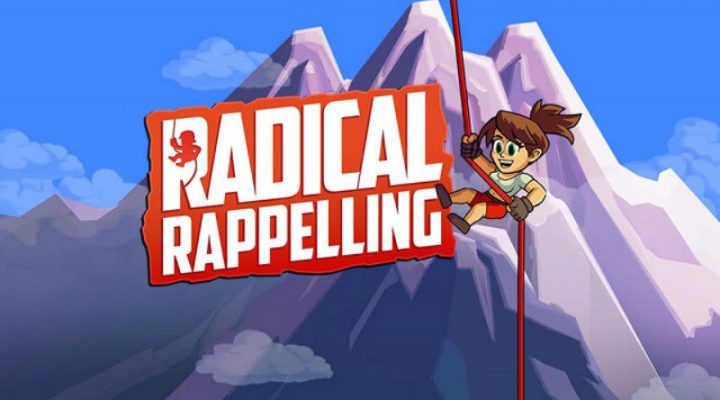 Get into the swing of things 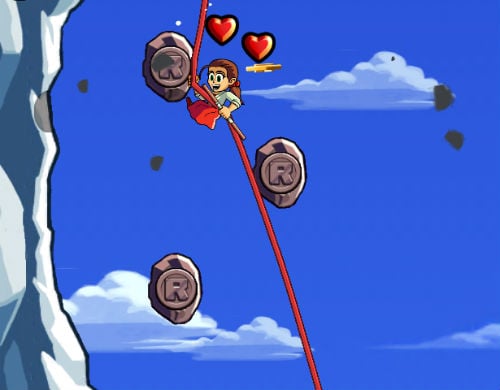 When you first play Radical Rappelling, your instinct will probably be to plow down the cliff as fast as possible. This is a good way to die in record time. Despite its crazy aesthetics, Radical Rappelling is all about “safety first” — if you don’t move carefully, you’re done for.

That’s why it’s extremely important to take the time necessary to feel out Radical Rappelling’s rhythm and momentum. Your climber rocks back and forth automatically, pushing themselves away from the cliff face again and again. The key to clearing hazards is to descend at the apex of your push-off. Alternatively, squeezing into crevaces requires you to be close to the cliff-face as you descend into the target area.

Once you get a feel for Radical Rappelling, you’ll be dropping like a rock! In a good way, of course.

Take your time (but not too much time!) 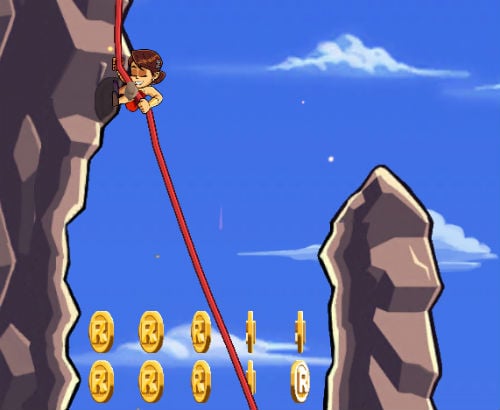 Speed kills in Radical Rappelling. In order to survive, you need to feel the rhythm (to quote Cool Runnings), analyze your surroundings, and move accordingly.

In other words, you can’t make rash moves and hope to survive. That said, there is a lava flow chasing you down the cliff, so don’t dawdle. Try not to panic, though. The screen will shake when the flow is near, but you still have a precious few seconds to move.

Concentrate on your descent instead of obsessing about the lava. Everything else will fall into place. 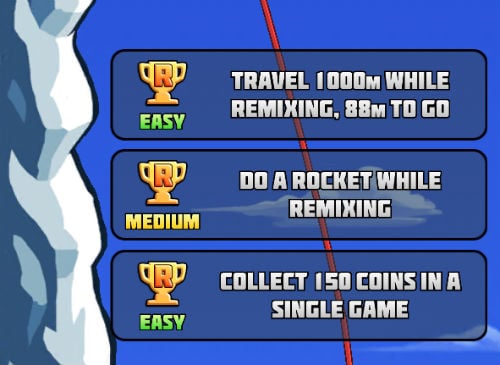 Each time you start a run, you’re given a list of goals you can meet that will help you rank up and earn rewards like coins and rubies. Tap the pause button if you need a reminder of what to do.

Do tricks to fill up your Radical Remix bar 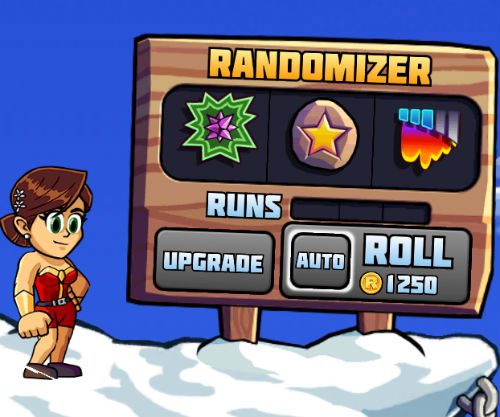 Don’t put yourself in extreme danger to  perform tricks, however. There are tons of opportunities to fill up your Remix bar, so if you miss a few hot spots, it won’t kill you (that’s the idea). 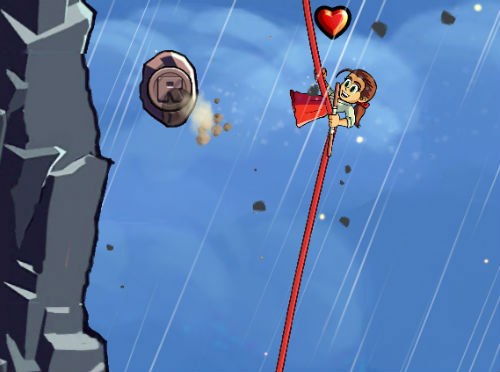 When you achieve a Radical Remix, take all that previous advice about a controlled, careful descent and throw it into the garbage. You have a few precious seconds of invincibility to go nuts, so grab them. Radical Remixes are awesome for reaching dangerously-placed stashes and building up your coin count.