Home / Walkthroughs, Tips, Cheats / PUBG Mobile: How to finish off a win and get your chicken dinner

PUBG Mobile: How to finish off a win and get your chicken dinner 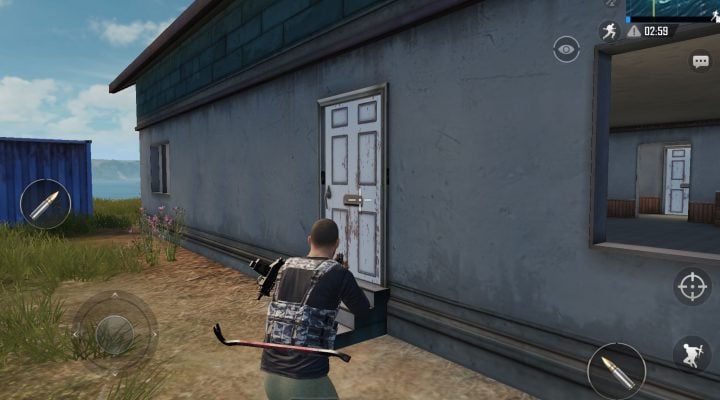 So you’ve gotten quite a bit better at PUBG Mobile since it first launched. You’ve gotten a handle on where to land at the beginning of matches, have improved a lot at combat and have even mastered vehicles, perhaps the biggest thing that separates this game form other battle royale titles.

But while you’ve become much more skilled at lasting until late in a match, you’re still having some difficulty outlasting the final few players and securing the most exciting chicken dinner around (we’re guessing it’s just really well seasoned to be worth this amount of hype). Are there pointers out there for closers, tips that can help you get from a great finish to an actual win?

We think there are, so we’re going to focus on exactly that: the endgame, and how to finish off a win. Here are our thoughts on that score.

Cover is key — even more than earlier in a match

In any kind of third-person shooter, but especially in a battle royale game where you don’t respawn when you get killed, getting in cover is important. But let’s face it: The PUBG Mobile map is so big that at the beginning of matches, you can often run around in the open without too much danger of getting destroyed, and if you have a vehicle, that’s even more true.

As the safe areas get smaller and the number of players dwindle, that quickly goes from true to false. Once you’re down to the top 10 and definitely the top five, keeping yourself in a spot with relative protection becomes much more important. Don’t forget that you can use the edge of the safe zone as de facto cover, because your final opponents obviously won’t be lurking somewhere that kills them automatically.

By the time you get down to the last few survivors, and certainly when you are heads up with just one other player for the win, you should be done looting. You’re probably not going to be able to take any time to gather any more loot, if there’s even any left to be had with such a small area of the map still usable by the players. What you’ve got is what you’ve got.

On top of that, firing without a great chance of hitting the target is the most surefire way to signal to whoever is still left where you are. Maybe the biggest advantage you can have in the endgame stages of a match is that the other player or players don’t know where you are. Giving away that edge is a good way to stay frustrated and sans victories.

Get the lay of the land

One of the most interesting parts of PUBG Mobile or any battle royale game is how the final battle is never going to play out in the same location exactly the same way twice. The terrain, structures and other features are going to be different every time you get down to the end of the match, so there’s no way to prepare for what you’ll find when trying to close out a win.

That doesn’t mean that it’s not crucially important to understand your surroundings, though. In fact, other than pure reflexes and a good loadout when the inevitable final firefights break out, it’s probably the most important thing you can possibly do when you’re down to just a few competitors and a limited playing area. Be sure to know not only the place you’re staking out as your place to make a stand, but also the likely locations the other remaining players are hiding. The thinking that good PUBG players use is very similar, so if you learn to think like them, that’s a big part of becoming a winner.

Pokemon Quest: How to get more Pokemon to be your buddies

How to get free PM Tickets in Pokemon Quest