Home / Walkthroughs, Tips, Cheats / Portal Knights walkthrough: What to do when you’re getting started

Portal Knights walkthrough: What to do when you’re getting started 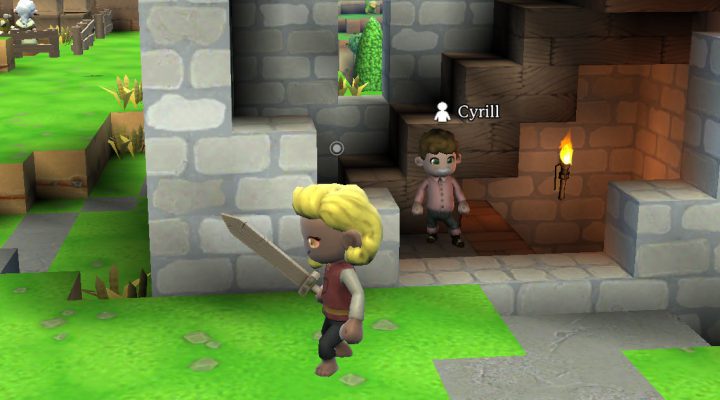 The trouble with sandboxes sometimes is figuring out where to start building sand castles. Or in terms of RPGs like Portal Knights, what to do first and where to set up shop for all the crafting you’re eventually going to do. Paralysis by too many choices is a real thing.

Still, despite the vast number of things you can do while exploring the islands, there is a common thread to each universe you create in Portal Knights. The islands may look different each time, with things in different places, but the overall gist of what you need to do at the start of a new game is the same.

With that in mind, we’ve put together a little walkthrough of what to expect and do when you’re just getting started. Before you get lost in the sand, so to speak.

Character creation doesn’t take all that long in Portal Knights. You simply choose a gender, then a class. 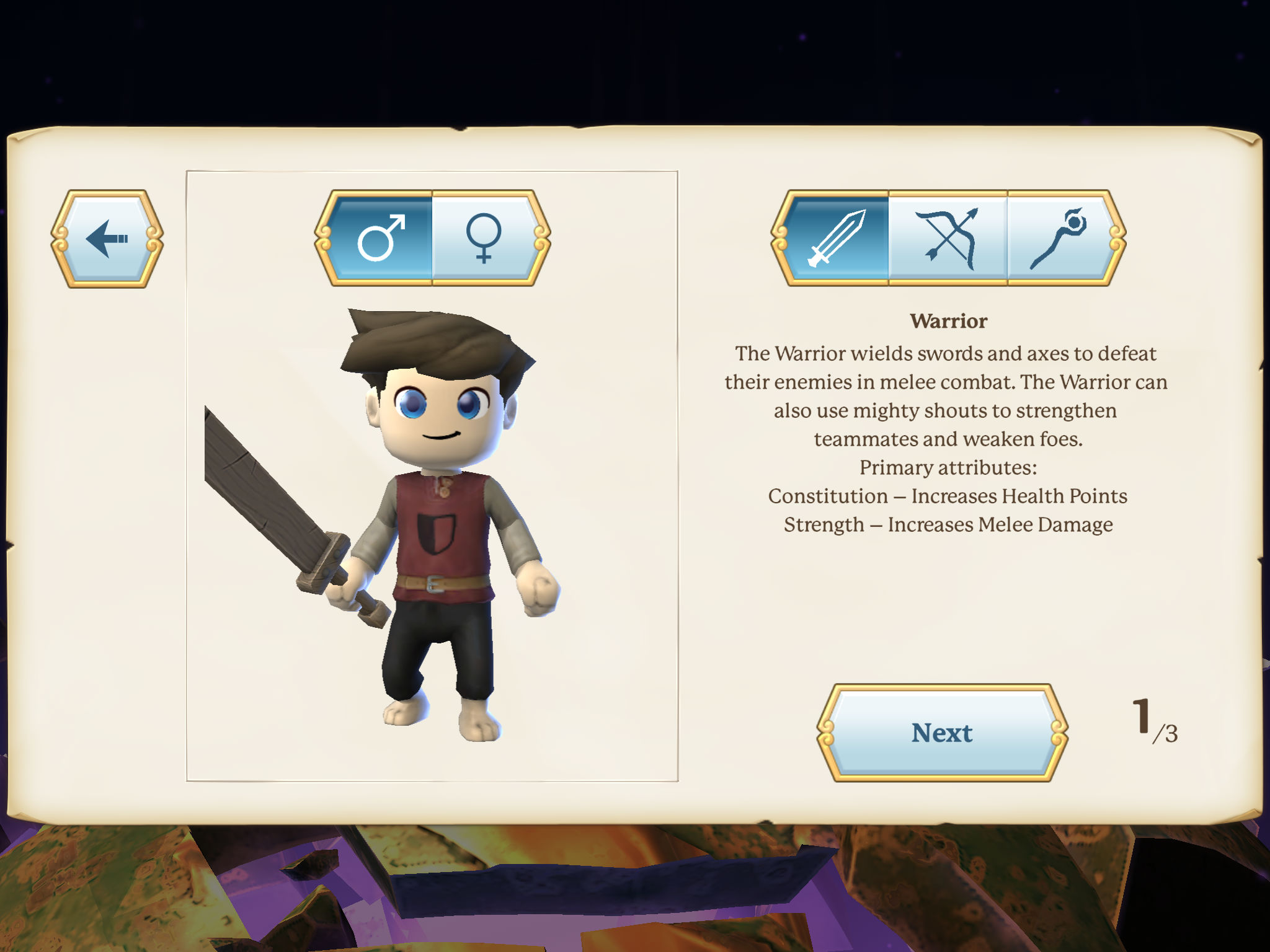 There are three from which to pick:

Appearance options include hair and beard styles, skin tone and eye and mouth shapes. Then just select a name and you’re good to go.

Pick or create a universe

For the sake of argument, we’re assuming this is your first time playing. Hit ‘Create’ to begin a brand new universe, then pick a name for it. If you have a device with enough memory, you can also use the slider to pick Large islands instead of the default Normal size.

Get the lay of the land

The first NPC you should seek out is Cyrill, who hangs out by a tower. If you climb the steps to the top, you can get a look around the entire first island, which is helpful for locating all the other NPCs.

Help Cyrill defeat the monster in his basement 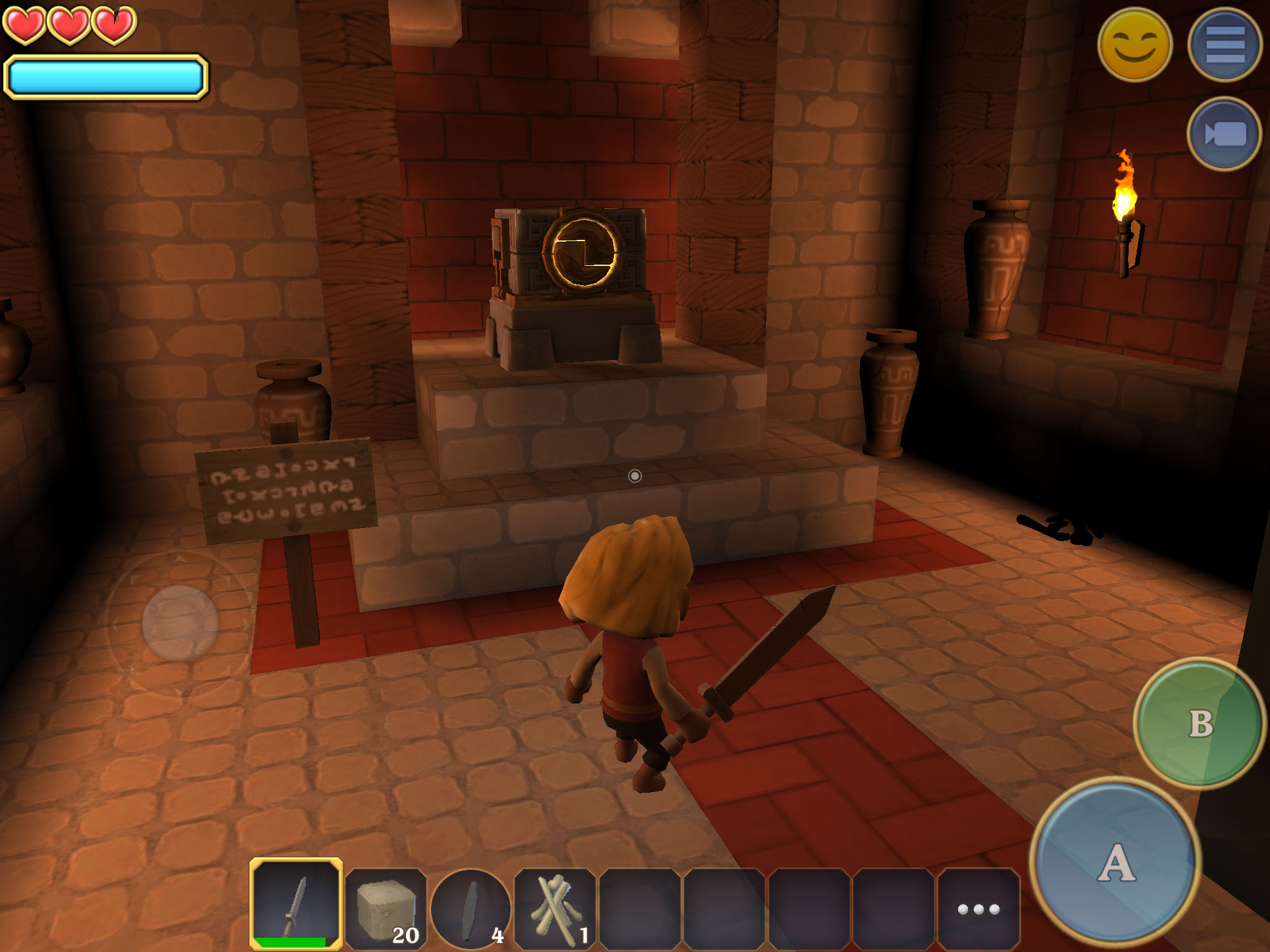 Cyrill has a treasure in his basement, but he’s scared of the monster that is guarding it. Take him up on his offer to keep the treasure by defeating the fallen soldier (a skeleton). Make sure to break all the pots in the basement for useful items, then click on the map in your inventory and the portal to warp back to your spawn point. 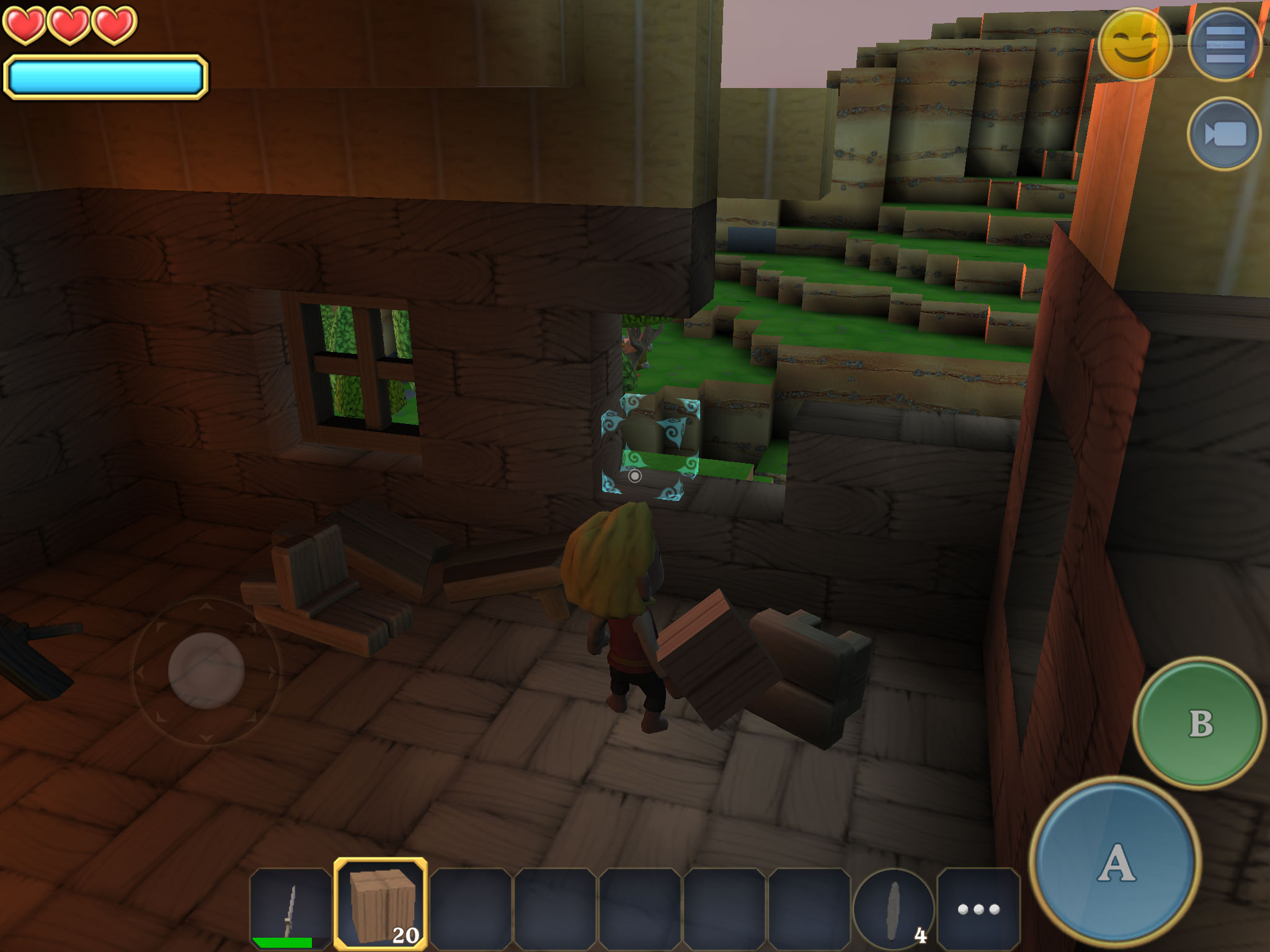 Robert also wants help fixing his broken Workbench. To do so, you’ll need four Wood Logs — you can get them from any tree. Just keep tapping on it until it chops down and turns into logs.

Then go back to the Workbench, tap on it, and tap the ‘Upgrade’ button. That upgraded Workbench can be a useful place to craft items until you have a place of your own.

Talk to Elise and make a pickaxe

Elise is located by the entrance to a mine. She teels you about how much easier it is to mine stone and minerals with a pickaxe, but you’ll need to make one first. 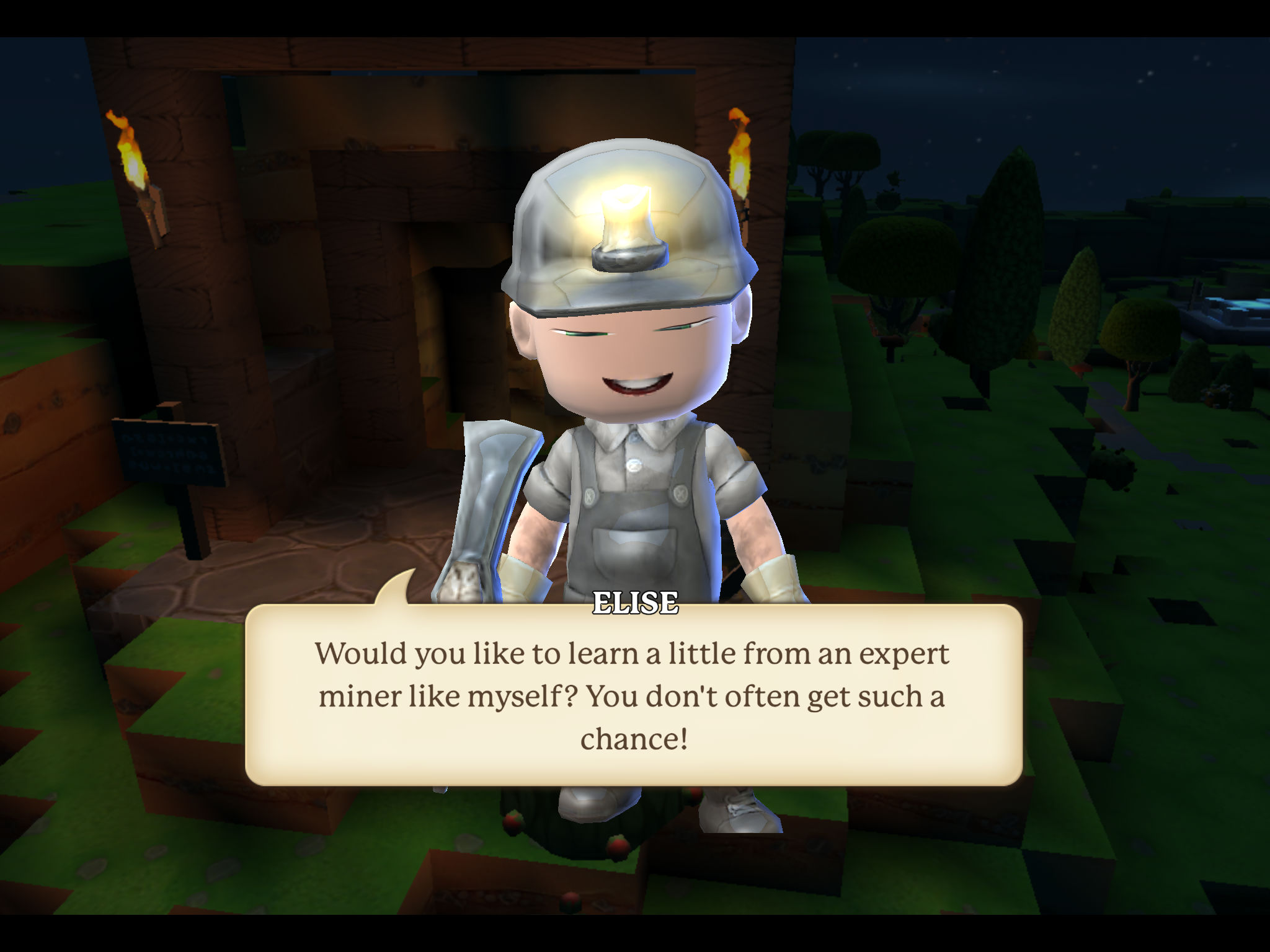 You’ll need four Stone Blocks and two Wood Logs to craft a Stone Pickaxe. You can mine the Stone Blocks by hand in the mine (it takes a while, so stay at it, and watch out for monsters) and the Wood Logs from any tree as you did before. 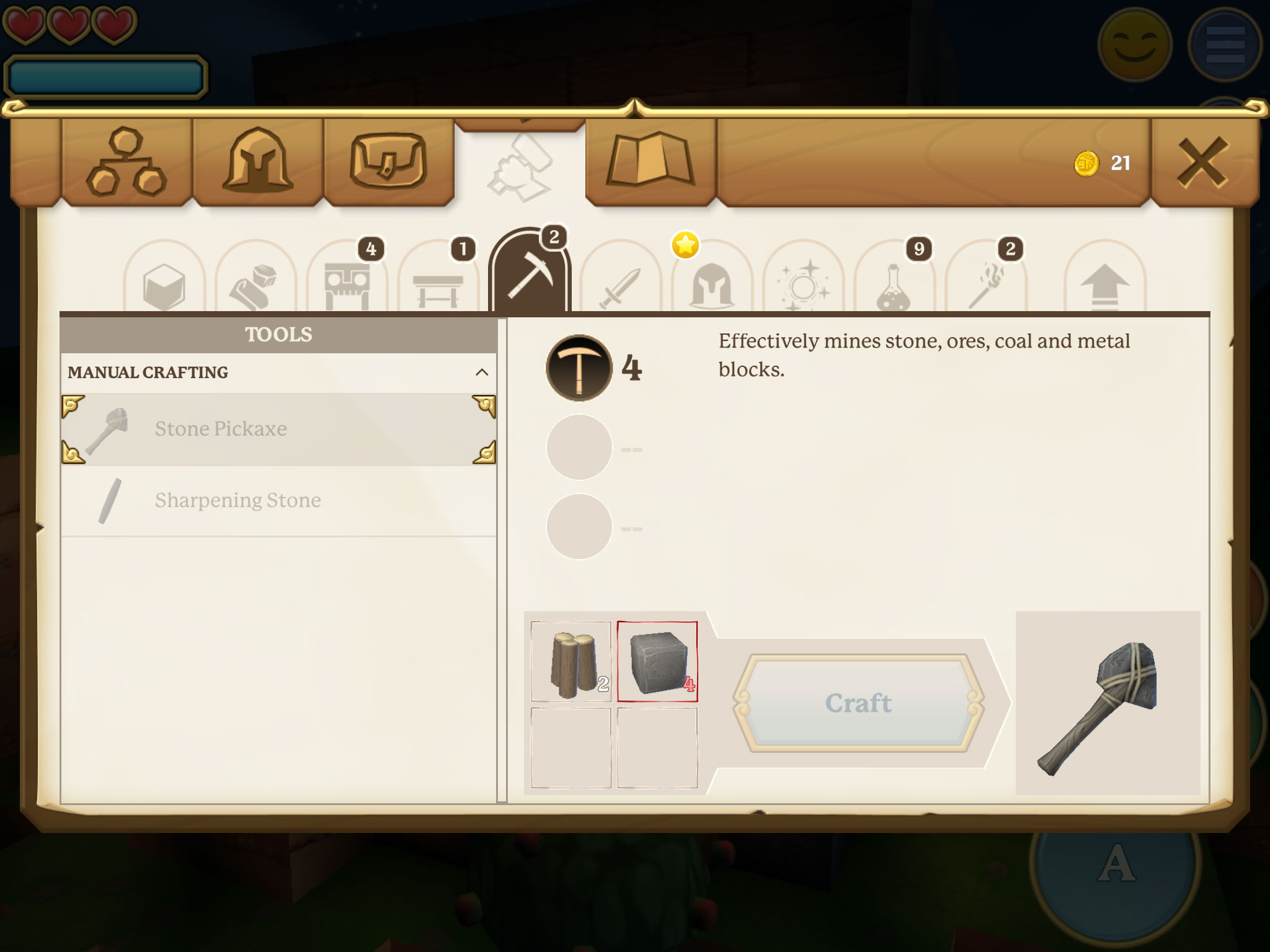 Then tap on your inventory and the crafting tab that looks like a pickaxe. Tap on ‘Craft,’ then tap the Stone Pickaxe to add it to your inventory.

Bonus tip: If you take your new Stone Pickaxe back down into Elise’s mine, you can quickly mine the rest of the stone blocks down there and find a treasure chest behind them.

Talk to Rupert and repair the portal

Your final task on the first island is to repair the broken portal, something you’ll be doing plenty of as you continue to play Portal Knights. You’ll find Rupert standing nearby. 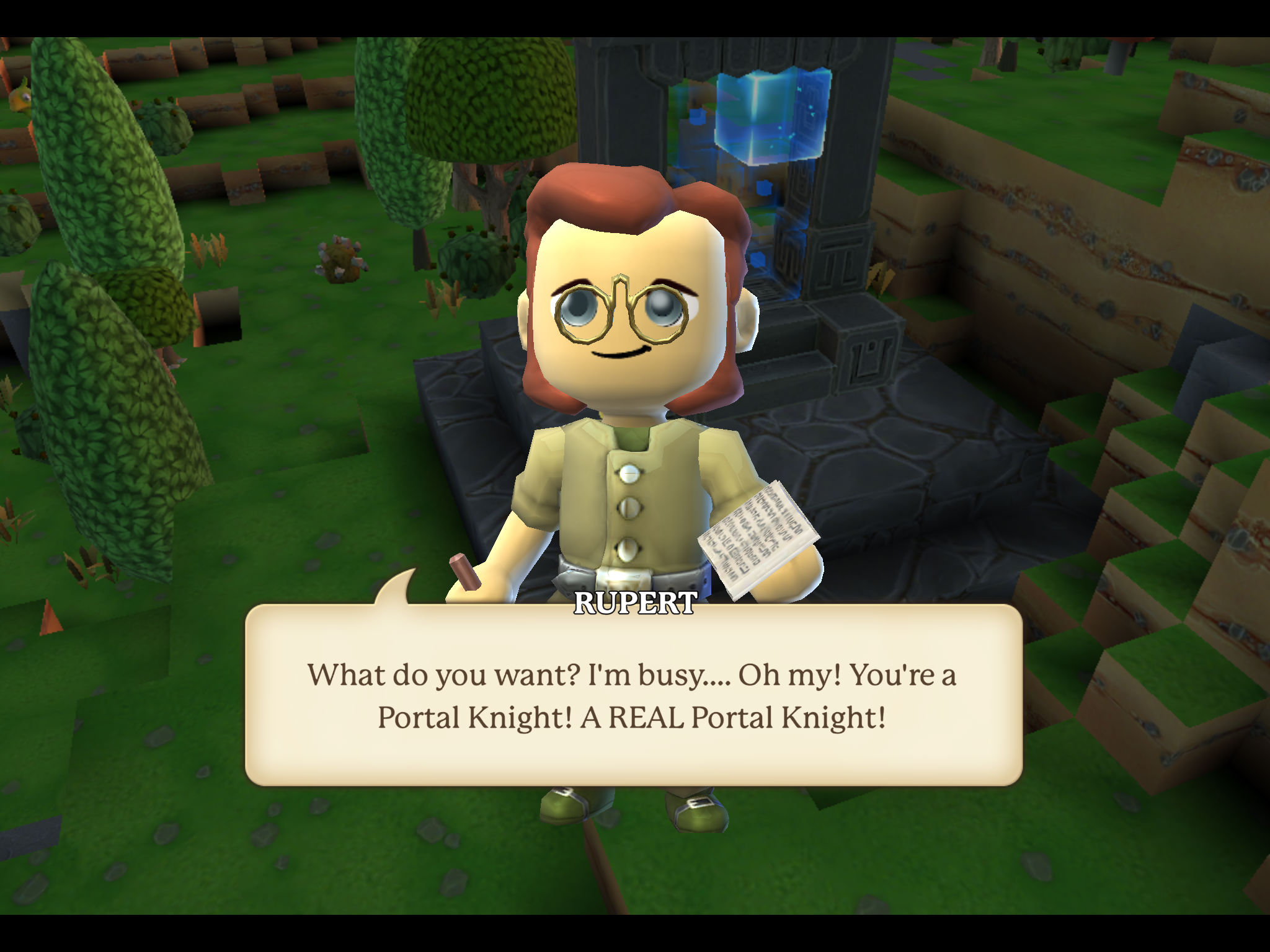 Once you’ve got the Blue Portal Stones, just place them in the missing spots in the portal to activate it. You can then step through it to the second island, though you probably want to earn enough experience to reach level 2 before you do.

That should be all you need to be well on your way in Portal Knights. Happy adventuring!

Golf Clash: The best clubs of every type for your bag

Football Manager Mobile 2018: What to do in your first season