Home / Walkthroughs, Tips, and Cheats / Pokemon GO: What does a Star Piece do and where do you get one? 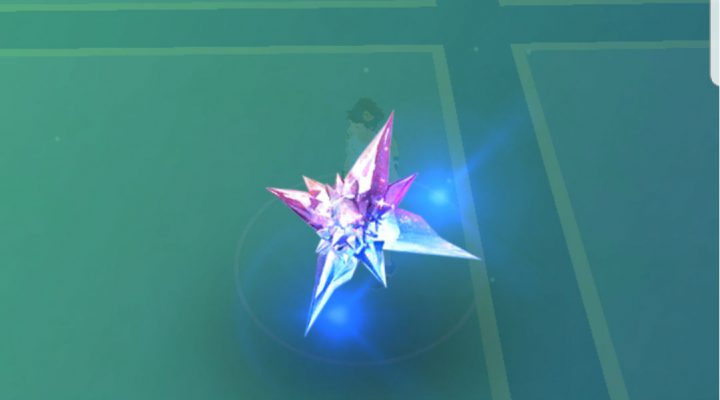 The Star Piece is one of the more mysterious items in Pokemon Go. Niantic didn’t make a big deal about it when it arrived in the game, meaning some players were confused as to what exactly it does and where you might be able to find one.

Of course, you probably won’t be all that curious about the latter if you don’t know more about the former, so let’s look to the heavens and discuss what the Star Piece is all about — and no, contrary to semi-popular belief, it’s not an evolution item.

What does a Star Piece do?

Described in the in-game text as “a small shard of a beautiful gem,” a Star Piece is essentially the stardust equivalent of a Lucky Egg. However, instead of doubling your XP for 30 minutes, the Star Piece boosts the amount of stardust you earn (in any way you would acquire more, including opening gifts, hatching eggs and catching Pokemon) by 50 percent for half an hour.

The Star Piece is thus an aid to something that has more recently become a big deal. Stardust has always had its place in Pokemon GO, but the introduction of trading kicked interest in it to the next level. Powering up Pokemon is still a primary use for stardust, but trades have made it even more important. It’s obviously been in short supply throughout the player base, which is why the Star Piece is so useful.

How to get a Star Piece

The most reliable place to find a Star Piece is in the Shop, provided you have enough PokeCoins. At least at the time of this article, the Star Piece is not for sale as an individual item (boo!). However, it is for sale as an item in the limited time only boxes at the very top of the Shop (hey, that rhymes!).

Here’s how many Star Pieces are in each box, keeping in mind that every box also has a variety of other goodies in it too:

Obviously, the Great Box is the way to go if you’ve got the 780 PokeCoins, plus you’ll also receive Super Incubators, Lucky Eggs and Lure Modules. Star Pieces have been for sale by themselves in the past as well, so depending on when you read this article, you might want to check to see if you can snag one individually.

It’s also possible to get a Star Piece without buying anything, and we know this for a fact because we have a Pokemon GO account we use strictly for the purposes of writing more articles that has never made a Shop purchase and neverthless has two Star Pieces. What gives?

As luck would have it, you can also occasionally stumble across Star Pieces as rewards for Special Research tasks. That’s not a reliable way to stock up on them given the efforts it usually takes to complete these tasks, but it is worth keeping in mind.

You should be all set now to find Star Pieces and to use them to either get you closer to that next big trade or to power up your best Pokemon. Don’t forget to check out our other Pokemon GO guides too, including how to get Lucky Pokemon and how to catch Zapdos.

What is Touchdrive in Asphalt 9: Legends, and should you use it?